John Willkom may not be a house-hold name in Marquette basketball where he was on the team for one year in 2004-05. But his story is good one and his latest book provides a behind-the-scenes look at what it takes to play Division 1 basketball.

John Willkom may not be a household name for Marquette basketball fans, where he was on the team for one season in 2004-05. But his story is a good one, and his latest book provides a behind-the-scenes look at what it takes to play Division I basketball.

A 2003 graduate of Marshfield High School, Willkom landed a Division II scholarship at Minnesota-Crookston. But after one season, he transferred to Marquette and ended up walking onto the team.

As a life-long basketball fan and MU fan, I’m always interested in how players extend their love of the game into life – especially when so few make it big. So, I truly enjoyed Wilkom’s story. Let’s be real: There are only 351 schools that have Division I men’s basketball programs. Quick math and an analysis of NCAA data shows that less than 6,000 young men play at this level. Obviously, very few go on to play in the NBA and many don’t get to play at all in college.

So, when I read Willkom’s book, "Walk-On Warrior: Drive, Discipline and the Will to Win," last month I was impressed by his drive and the detail of the lessons he learned.

Team basketball offers countless lessons in leadership, strategy and life that can be used each and every day, so I reached out to Willkom via e-mail and asked him a few questions about his Milwaukee and Marquette days, his book, leadership and more.

Enjoy this edition of Milwaukee Talks with John Willkom.

OnMilwaukee: What does Marquette mean to you today?

John Willkom: It means a great deal. My dad was a student there during their one and only national championship in 1977, and needless to say, if Marquette was playing on TV growing up, my family was tuned in. I grew up watching guys like Anthony Pieper and Chris Crawford, and while I admired what they could do on the basketball court, I really wanted to know what they did to get to that level. What did their workouts look like? What were they doing that I wasn’t? That passion for the program made me not just want to play college basketball, but specifically, play for Marquette.

As I look back, I’m proud to say that I’m a Marquette alum. It’s a world-class university that continues to invest in improving the student experience. Although I live out of state now, I still do whatever I can to watch games or keep abreast of what’s going on. Marquette has a strong reputation across the country, and I’m proud to answer when people ask me where I attended college.

Thoughts on this year’s Marquette teams?

Both the men’s and women’s squads are off to tremendous starts in what’s shaping up to be a special year for both programs. Women’s coach Carolyn Kieger was a player at the same time I was and brings an enthusiasm that shines through with her players. Wojo on the men’s side finally seems to have "his guys," and it’s been fun to watch this year’s team buy in defensively.

Do you still watch college hoops? How about the NBA?

All the time. I’m a homer in that way, in that I still root pretty hard for Marquette and the Bucks. However, my allegiance is much more to the college game. Kids play harder, the officiating is much more consistent with "real" basketball and I prefer the college tournament bracket format versus an NBA series.

What’s your advice to an 11 year-old kid who thinks he’s on the path to a college scholarship and then the NBA?

My advice is simple: focus on being the best in all that you do. There are no short cuts, and every NBA player that slacked off in school now regrets not having those skills. True competitors compete in everything, on the court and in the classroom. The success of many retired professional athletes has been amplified in recent years with what they’ve done since leaving professional sports. Junior Bridgeman is a great example in Milwaukee. Dwyane Wade has done the same thing with multiple business enterprises.

Follow-up: In general … what’s the best coaching advice you can give to a young player?

Identify your strengths and weaknesses at a young age and have a plan moving forward. If you lack skills in a certain area, what’s your plan to improve those skills? If you have the skills but lack motivation, who is going to hold you accountable? Last, ask for what you need! There are so many people out there that have been through what you’ve been through and can help you.

While I enjoy a lot of things, the absolute highlight of a given week for me is when a young person reaches out and says, "I’m trying to get better at blank. Would you be willing to help or give me some advice?" 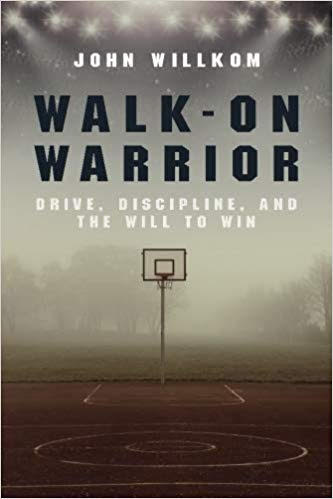 I had the chance to meet Rick Majerus a few times, always loved our conversations. How did he help you?

I was working a summer internship for Lammi Sports, and Rick needed an assistant. Given my love for basketball, Lammi President Brian Lammi thought I’d be a good fit, so he introduced the two of us. I ended up spending an entire summer with Rick doing odd jobs. Rick was such a likable guy and kept me on my toes. In a legendary story, he sent me to Usinger’s Sausage Company in Milwaukee one day to pick up an "order" for him. When I told the guy at the front desk I was picking up for Majerus, he just laughed and told me to pull around out back. I ended up getting 88 pounds of bratwurst, which Rick kept telling me was for an event. As the summer progressed and that sausage supply slowly diminished, it became pretty obvious where it was going.

In an ironic twist, my first job out of college took me to Salt Lake City, Utah. Rick had been the head men’s basketball coach at the University of Utah for many years, and he did a great job of connecting me to former colleagues, even going as far as to tell me where I should live in the city.

I was always grateful for that summer; we talked a lot of basketball, and we talked about life. When Rick took the job to become the new coach at St. Louis University the following spring, I was happy for him because it took him back to where his heart was: coaching young men on the basketball floor.

I’ve been told by a lot of people that I have a photographic memory. For all of us, though, when we experience something completely new or super important, we tend to remember unique details given the magnitude of the situation. My mom could tell you where she was when JFK was shot; for me, it wasn’t hard to tell you exactly what it was like every day as a basketball player at Marquette. At the same time, I wrote a lot of things down starting in 2003, not knowing what I’d ever do with it. A part of me thought, "I’d love to be able to share some of these stories with my kids someday."

What do you do now to stay in shape?

I still play basketball occasionally but do more traditional gym stuff: treadmill, weights, etc. In many ways, I always sought out really hard work, and people still laugh today when I’ll be doing a HIIT (High Intensity Interval Training) workout in the company gym, while others are non-chalantly chatting on the ellipticals.

Given the commitment, should athletes at the NCAA level be paid?

That’s such a tricky question, but I wrote an article with my best suggestions last March and would love to get people’s feedback on it.

How’s Portland these days? How does it compare to Milwaukee?

Portland is great. My wife is a medical resident here, and we just welcomed our first child in July, so we’ve had a busy year. I’ll always have a love for Milwaukee. The food is great; I love all of the summer festivals. Most importantly, though, I respect the people there because I’ve found them to be the most genuine of all the places I’ve lived (Salt Lake City, Orange County, Chicago). People in Milwaukee tell it like it is and are very hospitable. I say that because my wife, who grew up in southern California, went to a Brewers game several years ago for the first time. When the game ended, I asked her if she had fun, and she simply said, "People in Wisconsin are the nicest people in the United States."

Did you like and respect Tom Crean? Do you still stay in touch with him?

I haven’t talked to Coach Crean in several years, but there’s no love lost there. I was always incredibly grateful that Coach Crean gave me the opportunity to be a part of what I considered the best program in college basketball. Playing at Marquette meant more to me than he’ll ever know, and I think that passion and effort became more obvious the longer we were around each other. Crean’s a special coach, with a keen eye for talent and a unique hunger for improvement that not a lot of people have. I wish him continued success at Georgia.

Are you satisfied with your effort at the end of each day? Success is the outcome of that effort and will come eventually. I prefer to focus on happiness. If your happiness is based on when that success occurs and what exactly it looks like, you’ll always be disappointed. The key to happiness, in my opinion, is being satisfied with what you can control, which is the effort you put out there. You can’t lie to yourself. How many days do you truly go to bed and say to yourself, "Great job, I really worked hard and smart today to accomplish my goals."