Made in Milwaukee: Ma Baensch herring

Kim Wall, owner of Ma Baensch Foods, 1025 E. Locust St., bought a pickled herring business in July 1999 directly from the Baensch family. Since then, the product has attracted many new consumers. "It's not just eaten at your grandma's on New Year's Eve anymore," says Wall.

Lina "Ma" Baensch and her two sons started selling pickled herring in 1932, during the Great Depression. In 1946, Ma moved the company – called Ma Baensch's Foods – to its current location, 1025 E. Locust St., which was formerly a Patrick Cudahy meat locker.

Wall thought buying the business made sense on many levels. Not only was she already a successful businesswoman in the food industry, but she had gained a lot of marketing experience as the first marketing director for the Historic Third Ward Association. Plus, her grandfather had been a fisherman, her father was a fish lover and she, coincidentally, had stored her kitchen utensils in a herring box for years.

After buying the business, Wall implemented numerous changes to the label. She removed the apostrophe from "Ma Baensch’s" (the label now reads "Ma Baensch") and swapped out a picture of Ma that Wall felt made her look mean for a friendlier-looking portrait.

In recent years, Wall removed the photo of Ma altogether and replaced it with "kissing" lips, which reflects the tagline "kiss of health since 1932."

"Those are actually my lips on the label," says Wall.

Originally, the label also included a graphic of two men in a fishing boat, but Wall removed the men from the boat image because, the savvy businesswoman says, "I wouldn't need men on my boat."

But despite all the changes to the label, Wall kept the Baensch recipe exactly as Ma originally created it. The herring is available in two sizes, 12- or 24-ounce jars, and in two styles: marinated in wine sauce and onions or sour cream and chive. 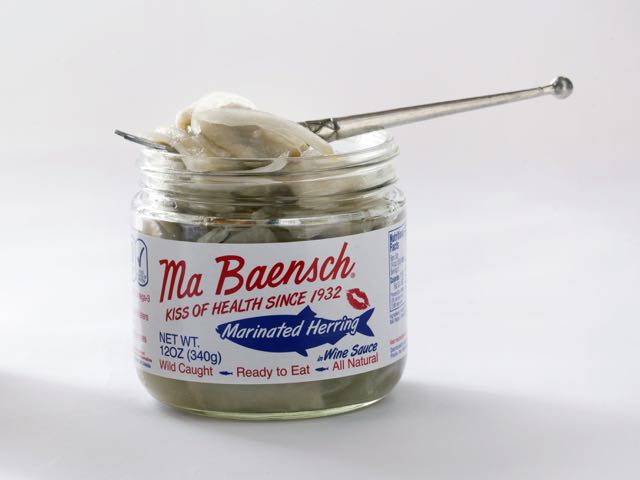 The 12-ounce jar sells for about $7 and both sizes are available at most grocery stores in Wisconsin and northern Illinois.

When Wall first bought the business, herring was primarily eaten during the winter months – it is even considered good luck to eat herring on New Year’s. In the last decade, however, food trends have changed and herring is now perceived as a year-round snack.

"People really started to embrace the local food movement and that’s been great for my business," says Wall. "Fifteen years ago, nobody was talking about local and regional foods." 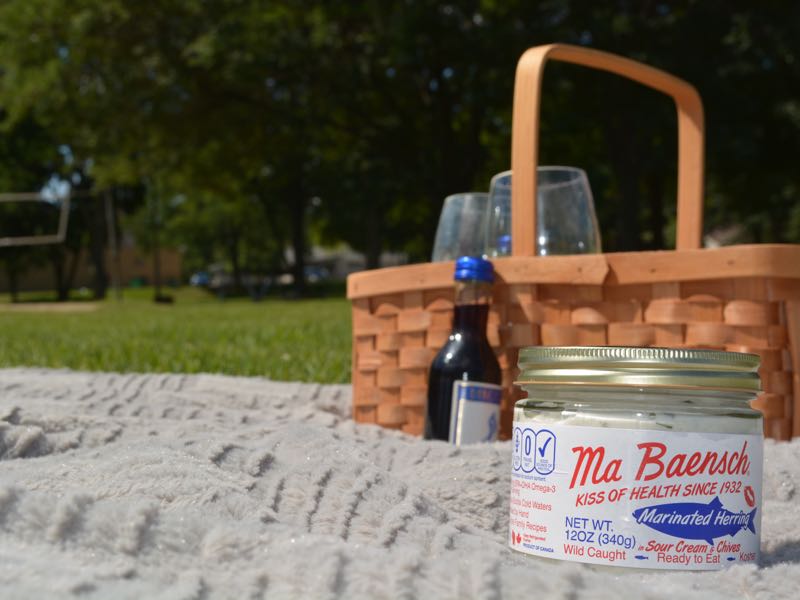 Herring is an easy-to-serve snack that requires no preparation – you just spread it onto a cracker and eat. It's also an inexpensive, low-fat food that's high in Omega-3 fatty acids, thought to prevent heart disease.

"I never compromise quality for price," says Wall. "We’re still hand packed in a local little packing plant. We’re not the cheapest herring, but we are the best."

Whereas the tradition of herring is stronger than ever with older generations, many of Wall’s new customers are younger – which is exactly what she has worked toward.

"Younger consumers might have tried herring at their grandparents, but now they are enjoying it on their own because it’s healthy and easy to throw in a cooler and go to Jazz in the Park or wherever," she says. "Ma Baensch connected family and friends for years and now it’s moved beyond the holidays."

Some of Wall’s employees are ex-offenders who came to her via the Milwaukee Urban League.

"We help individuals gain basic employment skills like learning how to show up to work on time and how to stay for the entire day as well as packaging, cleaning and sanitation so they can move on to a full-time job in food manufacturing," says Wall. 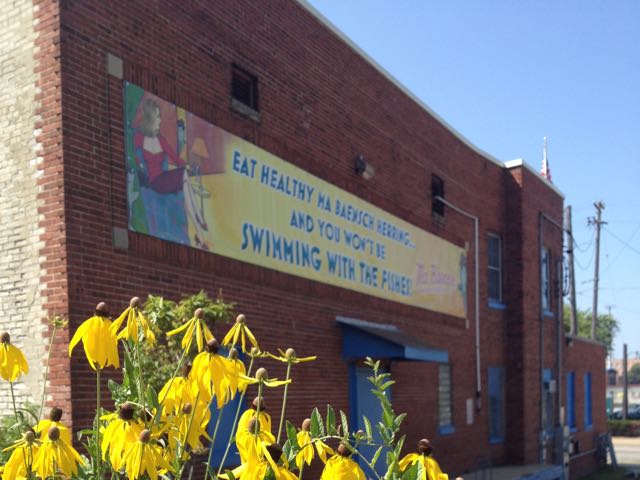 Baensch Foods is a member of the National Fisheries Institute and is kosher certified through the Chicago Rabbinical Institute. In order to make the business kosher, Wall traveled with her rabbi to Nova Scotia (where the herring is imported).

"Nova Scotia is beautiful," she says. "Except there are a lot of dead porcupines."

Baensch herring tidbits are imported from Nova Scotia in late June or early July. Herring is caught in the North Atlantic (usually at night when there is little or no moon), and then skinned, filleted, trimmed, packed in big blue barrels with a special German brine made specifically for Baensch Foods (most herring is packed in a sweeter Swedish kind) and shipped to the Locust Street plant where it is put into individual jars.

"Herring is fun and sexy. And my herring is the 'Baensch'-mark for quality in the seafood industry," says Wall.