Made in Milwaukee: Koss Headphones

Michael J. Koss Jr. can't play a single instrument. And yet his family name and company - Koss Headphones - is one of the most essential brands in music, as inventors of the stereo headphones and one of the industry's greatest contributors to actually getting audio into ears.

Michael J. Koss Jr. can’t play a single instrument. His brother? He can pick up anything. But Michael will be the first to admit that he can’t hit a note. And yet he grew up around music, with his family name and the company that bears it – Koss Headphones – as one of the most essential names in music history, inventors of the stereo headphones and one of the industry’s greatest contributors to actually getting audio into ears.

An impressive feat for a company far from the traditional, expected coastal hubs of the music industry, still headquartered right here in Milwaukee.

"Milwaukee has certain things that people really give it credit for, but that’s one that I think is pretty unique, particularly because so many people today use headphones on a daily basis for several hours a day," Koss Jr. said, "and Milwaukee started it."

And yet the story of Koss starts not with music, but with television. In 1953, John C. Koss got married and received $200 from his wife’s family to buy a sofa. Instead of a couch, Koss turned that $200 into … a bunch of broken TV sets. He turned those once-busted televisions, however, into the J.C. Koss Hospital Television Rental Company, renting the repaired sets to hospitals and the patients stuck in them. 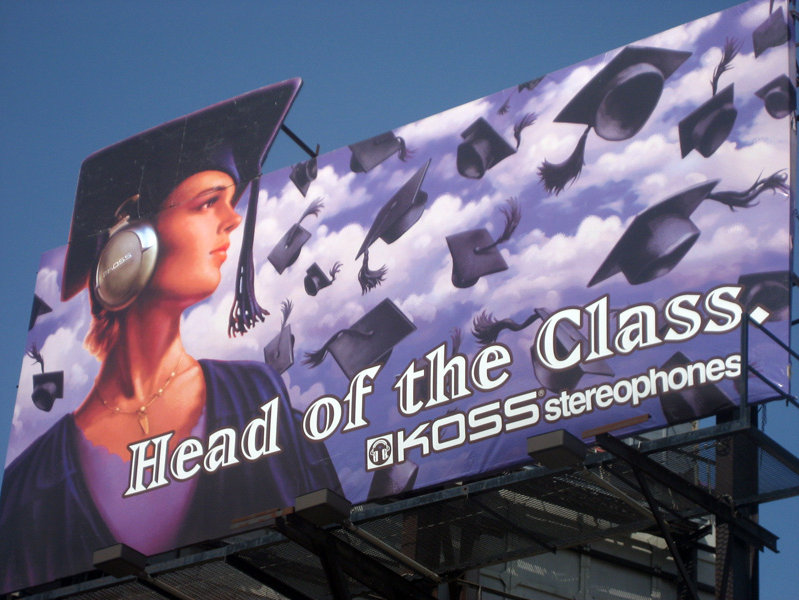 A recent Koss billboard, on the east side of I-43 in Glendale. (PHOTO: Andy Tarnoff) 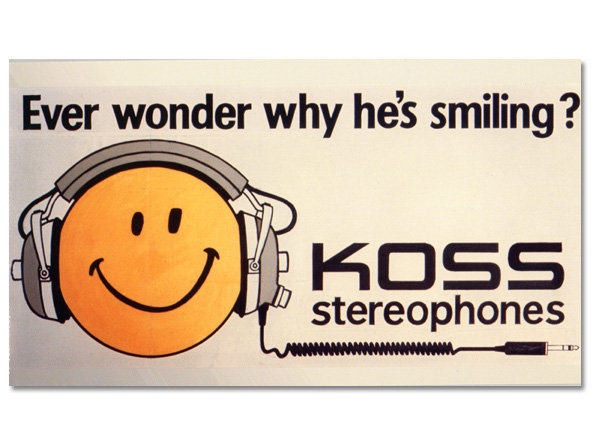 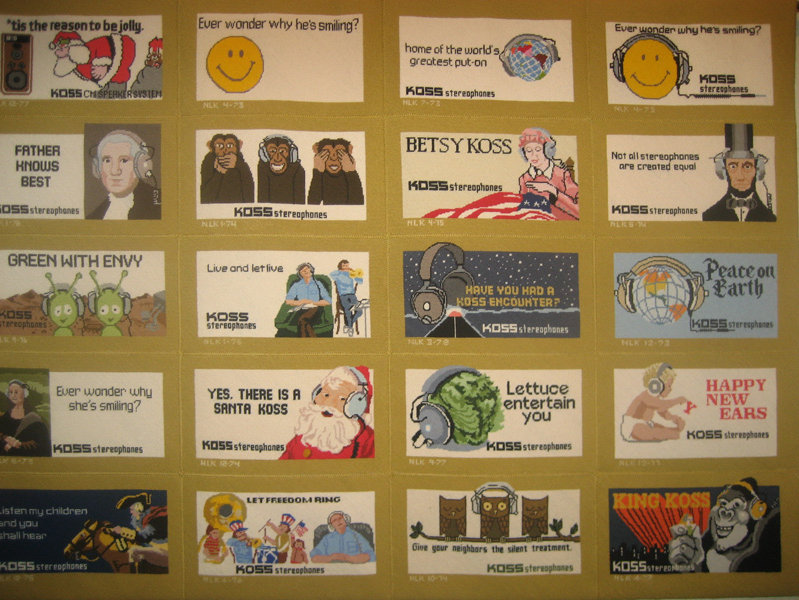 However, his true passion, according to Koss Jr., was music.

"He was a trumpet player, and he loved the experience of a live performance," he recalled. "He loved being on stage with the band and loved being at concerts. He was obsessed with it – and record players were starting to become more and more a thing and music was starting to be something in the house and the home."

Teaming up with his friend Martin Lange, Koss invented a record player – but not only was it hard to differentiate from the competition, it was just hard to hear period because the conventions and shows were loud, noisy events. So they found a solution: take the speakers and shove them against your ears. They were a hit.

"They took it to the show, and according to my grandfather, the line was just incredible, the amount of people lined up to try out these headphones," Koss Jr. said. "The next day, people started calling, asking for the headphones, and he said, ‘Yes, the headphones are available with the record player.’ And people said, ‘No, we just want the headphones.’ So a few days after that, Koss Stereo Headphones officially became a business." 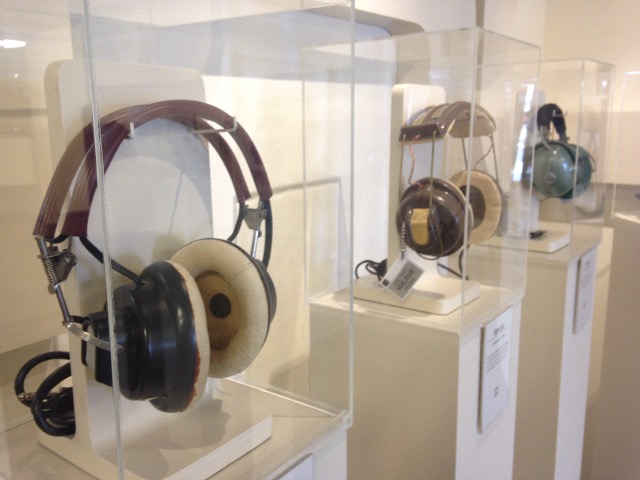 The early headphones certainly weren’t sexy, made mostly in Koss’ house with high-tech equipment like chicken wire, hoses and plastic cups melted down and shaped right in the kitchen. But there was little else like them, and almost half a century later, Koss headphones are still playing, all while watching the record, the 8-track, the cassette tape and now the MP3 see their gigs come to a close – and watching the company’s name and history get cemented into the TVs that born it thanks to a surprise shout-out on the Emmy-winning, bourbon-swigging AMC hit "Mad Men."

"Through some contacts, I actually flew out and went on set and met the whole cast and (showrunner) Matthew Weiner, who I talked with for a while," Koss Jr. recalled. "He said he couldn’t tell me anything about it, but he guaranteed he wouldn’t Jaguar us.

"Then I said how did this come about, and he said, ‘I have kids; I’ve seen headphones become more and more popular. I started doing some research about headphones during the 1960s, and I stumbled upon information about your company and your grandfather. And it was just such a great American story of a guy who’s living the American dream that it made total sense to incorporate into the show.’"

Koss Jr. also noted that, in the process of inventing the stereo headphones, his grandfather also had to invent, out of necessity, another underappreciated part of the music experience: the headphone jack. 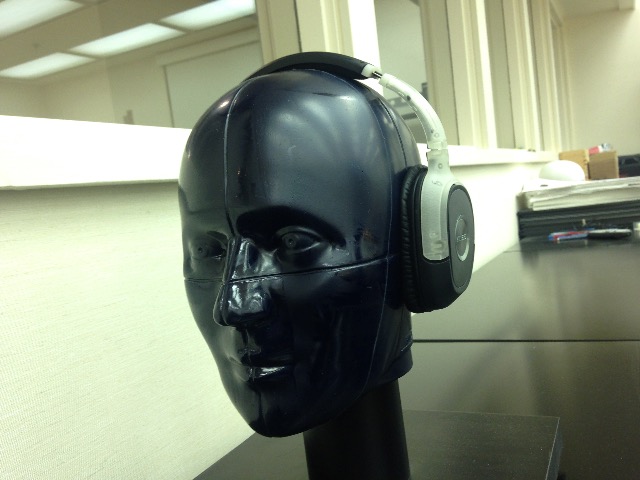 Almost 50 years later, however, times do change. That once essential headphone jack, for instance, is on its way out, with companies like Apple revealing iPod designs without it. And while Koss mostly maintains its classic old-school look – made with some obviously updated materials from the original prototype – and designs with what senior industrial designer Nick Blair calls "a philosophy that’s much more evolutionary than revolutionary," times change. So the company is looking toward axing some of its jacks and improving wireless headphones into the future.

"That’s where things are headed: minimizing the conduit between the music and your brain or your ears," Blair said, "so we try to get as much out of the way of that as possible."

Koss has also significantly looked into and begun working with VR technologies.

"Five years from now, it will not be strange to be sitting on a train or sitting on a bus or sitting on airplane next to somebody who’s wearing a VR headset – and I can tell you the most important part of VR is sound," Koss Jr. said. "If the sound isn’t right, you will not have an immersive experience, and it will not work correctly."

They’ve focused some of their products on that future technology – and some have been used in demonstrations as well, according to Koss Jr. As for the current day, however, the company focuses on making headphones that, in some cases, work so well, they ruin the music for the listener. In a good way.

"When you listen to something like a really crappy MP3 on a good pair of headphones, you can hear how bad it is," Blair explained. "But when you listen to great music, then the opposite is true. And once people really hear that and realize that for the first time that they can have sound like that – at an affordable price – we don’t see them going back. So I think that exposure can help us spread the message of why sound matters."

Because while some modern companies can get trapped focusing more on fashion than function, according to Koss Jr. and the company’s designers, Koss isn’t "hostage to fads and fleeting styles" thanks to its long history – as well as its Midwestern roots, still firmly planted in Milwaukee 50 year after its chicken wire and hoses origins.

"For the most part, the music business is really located on either coast – and then, on top of that, most major electronics companies are located on either coast – and I think that’s a unique thing that we have that we’ve stayed true to: We have Midwestern values," Koss Jr. said. "It’s a major differentiator between us and a lot of those other brands, particularly because we maintain those Midwestern values. I couldn’t imagine the company being anywhere else."