Made in Milwaukee: Rishi Tea

A significant portion of the organic tea consumed in the U.S. has a direct connection to Milwaukee. And it was one man's passion, paired with his natural curiosity for food, herbs and the botanical arts, which formed the foundation for one of Milwaukee's more unusual success stories: Rishi Tea,

In 2016, Americans consumed almost 84 billion servings of tea, or more than 3.8 billion gallons. In fact, it’s the second most popular beverage in the world, next to water. According to the Tea Association of the USA, the total wholesale value of tea sold in the U.S. grew from less than $2 billion in 1990 to over $10 billion in 2014.

It's no exaggeration to note that a significant portion of the tea consumed in the U.S., particularly organic tea, has a direct connection to Milwaukee.

And it was one man’s passion, paired with his natural curiosity for food, herbs and the botanical arts, which formed the foundation for one of Milwaukee's more unusual success stories: Rishi Tea, worldwide importer, manufacturer and distributor of organic specialty teas.

Located just off of Canal Street among other manufacturing businesses in the Menomonee Valley, Rishi might escape your notice. But behind its glass entry doors lies a company that imports over 500 metric tons of organic tea and herbs per year. And those products come from over 20 countries on six continents. It’s also the home of over 100 varieties of loose leaf teas using well over 250 botanicals and tea varieties. 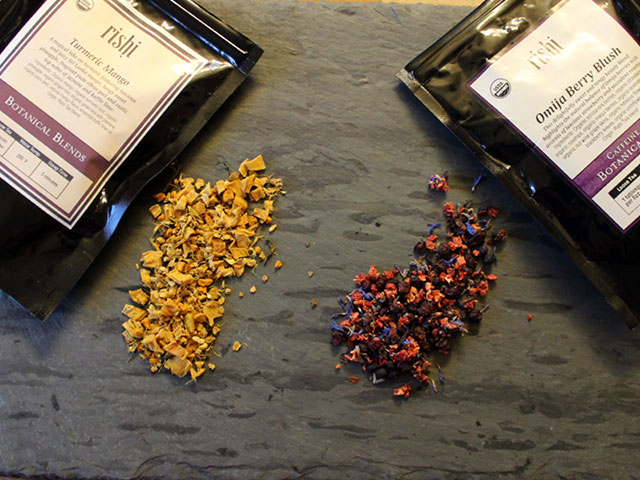 It's a rare opportunity to glimpse the activity in Rishi Tea’s 50,000 square foot facility, a zen-like operation where the aromas of tropical fruits, floral scented tea leaves and intoxicating herbs provide the backdrop for innovation and state-of-the-art production.

Smocks, shoe covers, hair nets and face masks are all part of the drill. There’s a lab where a tea master designs new flavor combinations. A climate-controlled tasting room is engineered to remain free of distracting odors. On the manufacturing side, state-of-the-art equipment allows for precise blending of tea, herbs and other botanical ingredients. 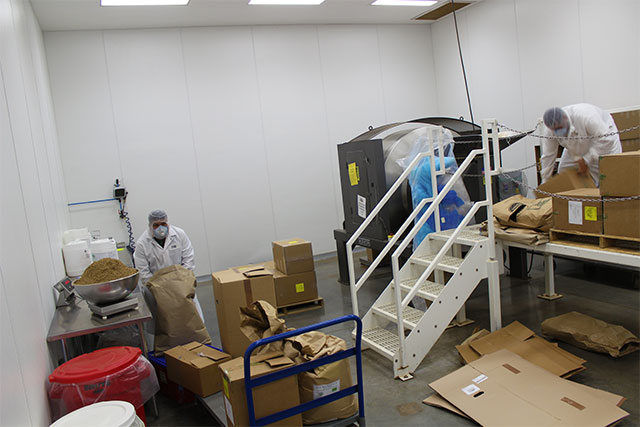 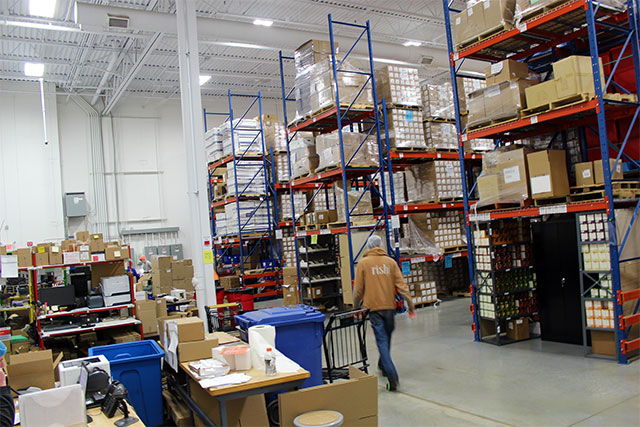 Meanwhile, a tasting lab serves as an educational facility where employees, wholesale clients and lucky others can experience training, cuppings and intense tea education sessions. 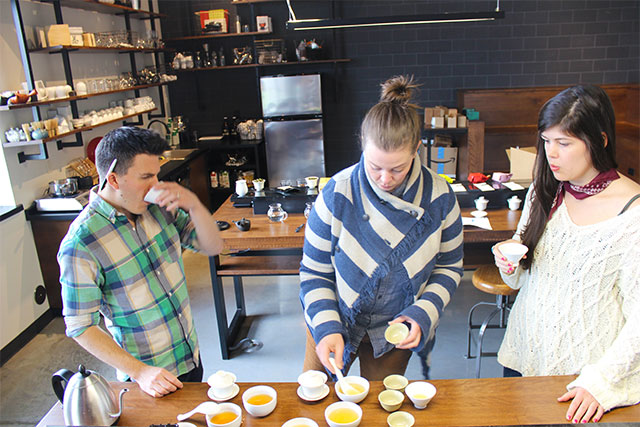 One of the keys to Rishi’s success is the refined palate of founder Joshua Kaiser.

"He’s one of those people who just understands plants," notes Rishi Marketing Director Jeff Champeau. "And he just has this really hyper-attuned sense of flavor and taste as well as the energy in plants."

A Milwaukee native, Kaiser earned a degree in liberal arts from Edgewood College in Madison. But it wasn’t book-learning that inspired him to take up the tea torch. It was travel.

Upon graduation, he spent time traveling extensively in Southeast Asia and the Caribbean. Along the way, a passion was born – not only for tea, but for the harmony and balance in functional herbs that is derived from time-honored tradition.

It was the late '90s. And, at the time, craft beer was booming. Interest in wine was growing. Third Wave coffee was on the cusp. But there were few companies offering high quality, loose-leaf, organic teas. So, Kaiser made it his mission to change that.

"The idea behind Rishi was really to promote a culture and appreciation for the tradition of tea, as well as bring people back to a time when both the garden and kitchen functioned in the role of pharmacy," notes Champeau. 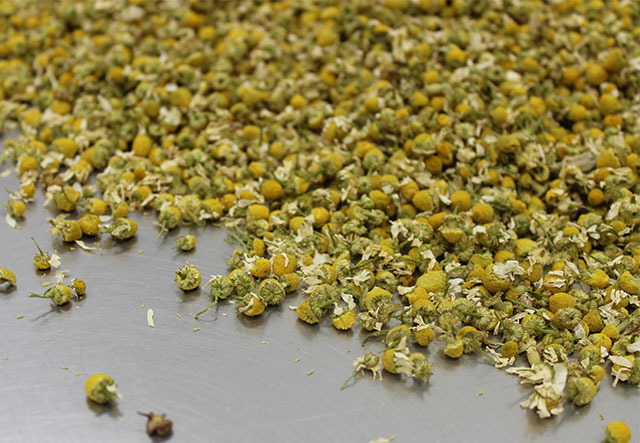 So, in 1997, Kaiser founded Diaspora Tea & Herb Company (a moniker that lives on in the form of Rishi Tea’s formal corporate entity). His home base was a windowless warehouse on Buffalo Street in the Third Ward, where a wooden barrel left by a previous tenant became Kaiser’s desk chair.

It was a high touch operation. Kaiser spent six to nine months of the year traveling, making inroads with tea farmers and touring tea gardens. When in Milwaukee, teas were hand-blended by Kaiser and a small team of part-time help using a huge stainless steel mixing bowl (that's still in use at Rishi's new facility) before being hand-packed, labeled and sold to area coffee shops, cafes and small local retail outlets.

As the months wore on, Kaiser realized he needed to expand. He knew that a focus on supply chain and leadership in the realm of tea import was needed to really establish the company. But, to achieve that goal, he needed someone to build the sales programming, establish and build the brand while he was traveling. So he reached out to high school friend, Benjamin Harrison, whose business and sales acumen became a ying to Kaiser’s yang.

By 1999, the Rishi Tea brand was created. The initial product line was comprised of hand-blended loose-leaf teas like chai, Roots Blend (now called Tangerine Ginger), Arise (a rich breakfast tea), as well as functional herbs like schizandra and ashwagandha. 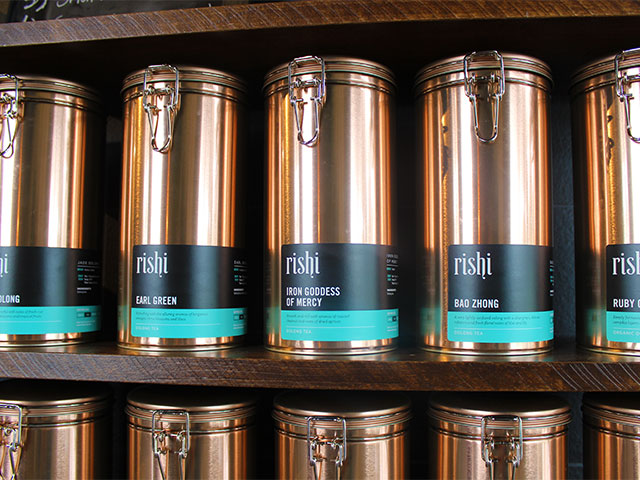 And from the beginning, Kaiser made a commitment to sourcing organic teas and botanicals. Even before the U. S. Department of Agriculture established organic certification in 2002, Kaiser was producing tea that met or exceeded the contemporary definition of organic. From day one, they were market leaders in organic loose leaf teas, quickly making their mark as the first company in the U.S. to import organic white and Pu’er tea.

Business ramped up in 2003 when Rishi landed its first national account, Whole Foods. Interestingly, despite growth, Rishi avoided usual distribution channels; all tea was shipped direct from the Rishi factory until 2014.

They also took care with rolling out new products. Although tea bags were a quickly growing part of the tea market, Rishi held fast to their commitment to quality and sustainability. Most tea bags on the market are made from paper or nylon, both of which have big disadvantages. Paper imparts an off flavor to otherwise delicious tea, while newer popular nylon bags (an unsustainable petroleum product) react with the tea, stripping vital tannins thereby altering its flavor.

"We waited for years," says Champeau, "until we found tea bags that were made from PLA, a substance manufactured from renewable vegetable starches. They’re entirely biodegradable, and they’re inert. So, nothing toxic leaches into the tea."

Through the years, Rishi’s success has been in keeping their thumbs squarely on the pulse of not only the tea market, but also on consumers' palates. Today, Rishi employees undergo intensive training in tea and food safety. A newly minted library also encourages continued exploration of the origins and history of tea, long-held tea traditions and flavor profiles. 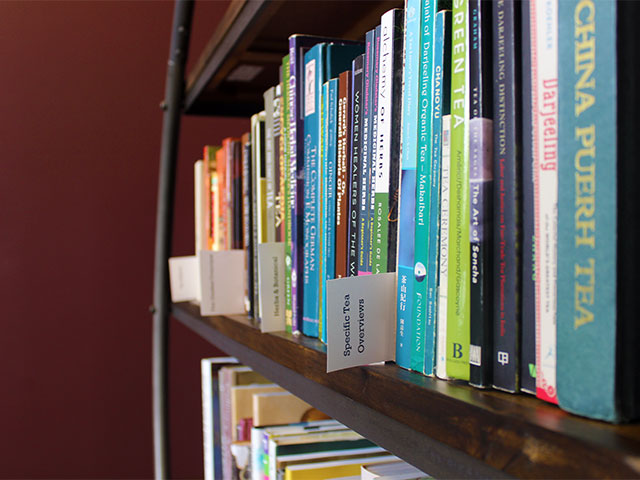 When you ask Kaiser about Rishi’s commitment to organic product, he doesn’t hedge.

"It’s better for you," says Kaiser matter-of-factly. "No synthetics. No sewage sludge. No dangerous pesticides or dangerous herbicides ... things like Roundup, which has been proven to cause so many ailments. And there are no genetically modified organisms when you’re dealing with organic."

In fact, Rishi goes above and beyond to ensure that their product is free from chemicals, spending upwards of six figures each year on additional testing for their teas and botanicals. But Kaiser says his commitment to organic isn’t bound up in ego. And, while it is tied to health and wellness, the benefits are far more broad.

"It’s more than a selfish health thing. For us, organic transcends all of that," he says. "It protects the health of the workers and the the health of the world’s water supply. For us, it’s important that we deal with organic. We’re very serious about protecting resources, and we want to make sure our actions support that. We also want to support the thousands of families who provide our tea."

In kind, Rishi encourages and supports the organic certification for purveyors, a process that can take years to implement.

"We’re committed to it, and we’re willing to share the struggle with our purveyors," notes Champeau. "In 2008, we connected with Khun Ming, a tea farmer from Doi Mae Salong in Northern Thailand. We encouraged them to pursue certification and expressed an interest in being their exclusive North American importer. They followed through and we began sourcing their ruby oolong tea beginning in 2013." 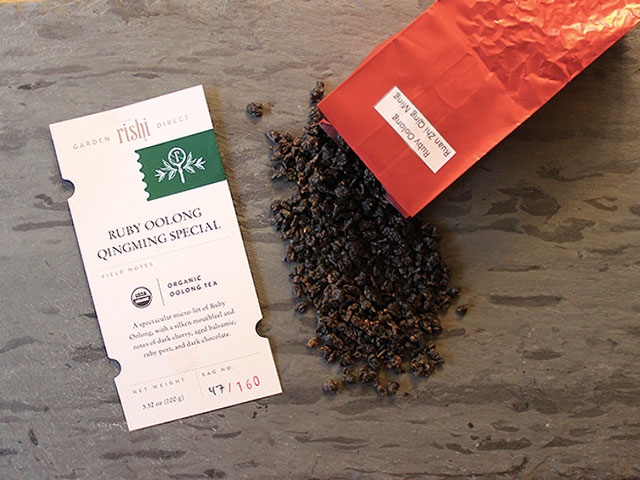 The past few years have marked a period of innovation for Rishi. It's an era that's bred new products, including a ready-to-drink sparkling beverage called Rishi Craft Brew.

Equal parts culinary innovation and ancient herbal wisdom, the 2017 Food and Beverage (FABI) Award-winning Craft Brew comes in a range of exotic flavor profiles that are expertly brewed and served on tap as never before.

"We’re so proud to be advocates of loose leaf tea, and we enjoy that process," explains Champeau. "But this is really our first chance to not only design the blend and its artful combination of ingredients, but also to make sure that it’s extracted properly and introduced to customers just as we’ve envisioned it." 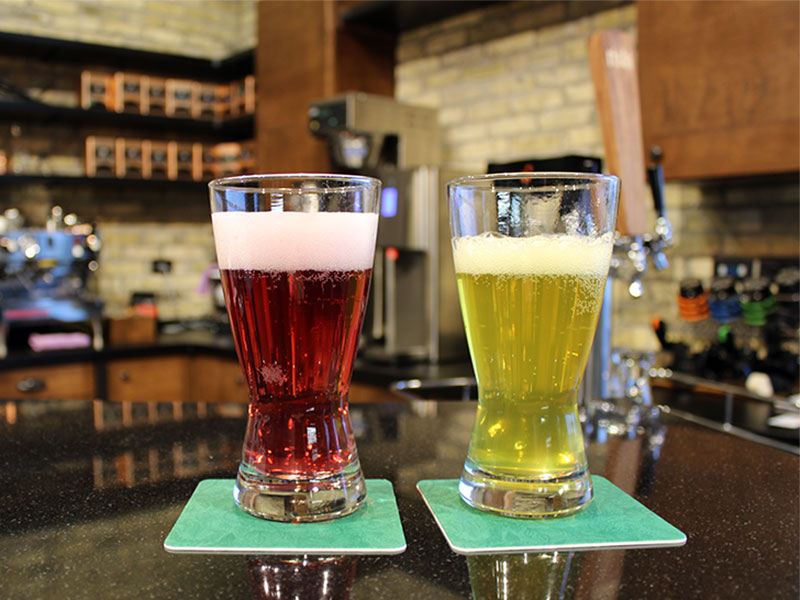 And, as the market catches up to a company whose vision for tea was far ahead of its time, Rishi is also reconnecting with its roots in loose-leaf tea.

"We’re redoubling our efforts in loose leaf tea and the art of tea service," says Champeau, noting that part of the effort has included bringing in a larger selection of seasonal varieties.

The brand new Garden Direct series features small batch limited edition teas imported directly from tea gardens by airmail so that they are available during the harvest season (most tea ships by boat, and takes months to arrive in the U.S.).

"It’s about capturing the freshness and lively energy that the tea has," says Champeau, pointing to a three-cultivar flight of Dragon Well green tea from China. "These teas are from the same region. They’re each processed the same. But, the differences in flavor are fairly dramatic. Like varietals in wine, they each have distinct qualities."

Moving forward, Champeau says the market is in their favor.

"We see greater immersion with chefs, mixologists," notes Champeau. "We now have a chef on
staff here as our director of culinary engagement. We think there’s so much room for tea to grow in North America. We’ve really come out of the gateway for tea in this country. The market is maturing. And the overly scented ‘kool-aid’ style teas are falling away. So, now it’s about delving deeper into the origins and authenticity of tea. Fortunately, thanks to a long history working with quality produce, we have the means to really service a more sophisticated public."