Black power: The 28 most influential African Americans in Wisconsin, part 2

Madison365 presents the second in a five-part series introducing some of Wisconsin's most influential African American leaders in business, civil service, nonprofit service and education.

This is the second in a five-part series introducing some of Wisconsin’s most influential African American leaders in business, civil service, nonprofit service and education. They are presented in no particular order. Read part one here. 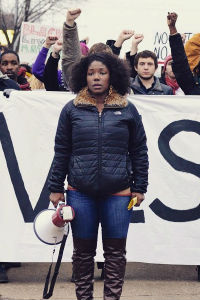 Brandi Grayson of Madison is the disrupter of the year. Her tactics rub some the wrong way, but they do the job – and command attention. Last year, she and other champions formed Young Gifted and Black, a local organization loosely affiliated with Black Lives Matter. She’s put racism front and center in every conversation. For example, last year it seemed inevitable that Dane County was going to spend upwards of $100 million to build a new jail. Grayson and YGB made clear their belief that the jail was being built to imprison more people of color – and the money and political will to get that jail built conveniently disappeared. This group not only talks the talk, they walk the walk – even when that walk brings traffic to a standstill on one of the city’s busiest boulevards. They’ve brought civil disobedience back, and it seems like they’re here to stay. 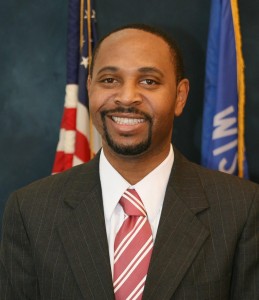 Reggie Newson went where few black people have gone before: to play a leading role in a Republican administration. He is currently Wisconsin Workforce Development Secretary, leading the state agency charged with building and strengthening Wisconsin’s workforce. As the state’s talent development agency, DWD connects employers with a robust pool of skilled workers; assists job seekers with disabilities in achieving their employment outcomes; and oversees the state’s Unemployment Insurance, Equal Rights and Worker’s Compensation programs. Newson joined Governor Scott Walker’s administration at its beginning, appointed as Assistant Deputy Secretary at the Department of Transportation shortly after Walker’s inauguration. 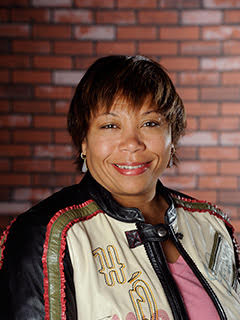 Tonit Calaway grew up in Milwaukee with aspirations to become a soap opera actress. Even though she won’t win any Daytime Emmy awards in her current career, she impacts a lot more people. Calaway joined one of the most recognizable names in America, Harley-Davidson, as a corporate attorney 17 years ago. She rose to become vice president of human resources in 2010 and now also serves as president of the Harley-Davidson Foundation, where she can exercise her passion for helping families in need. She also serves on the boards of directors for the Hunger Task Force, Boys and Girls Clubs of Greater Milwaukee, Froedtert Health, Meta House and the National Minority Supplier Diversity Council. She was recently named to Savoy magazine’s list of Top Influential African American Women in Corporate America for 2014. 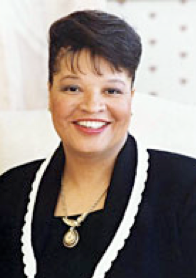 Valerie Daniels-Carter, along with her brother John Daniels, opened a Burger King in 1984. Sixteen years later, V&J Foods was a 137-unit, multi-brand operation. In 2006, she partnered with NBA great Shaquille O’Neal to expand the horizons of Auntie Anne’s Famous Pretzels; together they own more than 30 Auntie Anne’s locations nationwide.

As the hip hop icon Jay-Z says, "Men lie, women lie, numbers don’t." Valerie’s numbers speak for themselves. She is the owner of the largest African-American owned food chain franchiser in the nation. She was honored with the 2014 Women of Power Legacy Award, and her company was number 33 on the 2013 Black Enterprise Industrial Service 100 List. Oh, and she’s a part-owner of the Milwaukee Bucks. She attributes her success to her deep faith in God and insistence on core values: integrity, recognition, accountability, responsibility, respect, communication, commitment to excellence and passion. Her corporate philosophy is "YATSE": You are the Standard of Excellence. 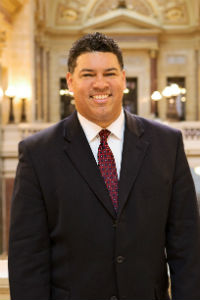 Ismael Ozanne is Dane County’s elected district attorney and has been put to trial by fire. He had to make the decision on whether to charge the white police officer who shot and killed Tony Robinson. Many in the African American community were disappointed (even angry) when he concluded that no charges were warranted.

He was again thrust into controversy when African American domestic abuse victim Cierra Finkley was arrested for killing her alleged abuser. No charges have been filed, but the case remains open. That incident and the backlash around it demonstrate the fine line the state’s first black district attorney has to walk. Ismael has also taken a leadership role in the County’s new Community Restorative Court, which aims to keep young, nonviolent offenders out of the criminal justice system. Love him or hate him, he is earning his stripes. 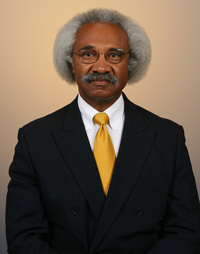 Dr. Floyd Rose might be reluctant to be on this list, but we couldn’t leave him out. He is a man who prefers to work behind the scenes to uplift the African American community. He currently serves as President 100 Black Men of Madison, founder of the African American Communication and Collaboration Council, and winner of the City Of Madison James Wright Human rights award. He remains the President of Wisconsin Supplier Development Council (WSDC), a non profit organization that he founded more than 30 years ago to support and develop minority-owned businesses by connecting corporations with minority-owned suppliers of goods and services.