Mama Tried Motorcycle Show returns this weekend for four days of moto madness. The show itself takes place on Saturday and Sunday, Feb. 24-25, with pre- and post-parties, flat out races, a film festival and more happening before, during and after.

Mama Tried Motorcycle Show (MTMS) returns this weekend for four days of moto madness. The show itself takes place on Saturday and Sunday, Feb. 24-25, with pre- and post-parties, flat out races, a film festival and more happening before, during and after.

For the first year, the show will take place in The Eagles Club and The Rave, 2401 W. Wisconsin Ave.

"We outgrew the Lindsay Building (in Walker’s Point)," says co-organizer Scott Johnson. "The Rave offers a ton more space and amenities for our ticket holders."

With a larger venue, Mama Tried – which is presented by Harley-Davidson – was able to book more bands, add a film component and allow more guests.

"We don’t have to worry about City Occupancy permits because it’s in a legit, rad old building from the '30s. I think The Eagles Club will be a great home for us," says Johnson. "For those folks from out of town who have never been in that building, it’s kinda mind blowing.

"And for those who have only been there for a dark, rowdy show, seeing The Ballroom in the daylight with the whole room opened up is pretty breathtaking. Add 100 of the best custom and collectible bikes in the country and you’ve got quite a show!" 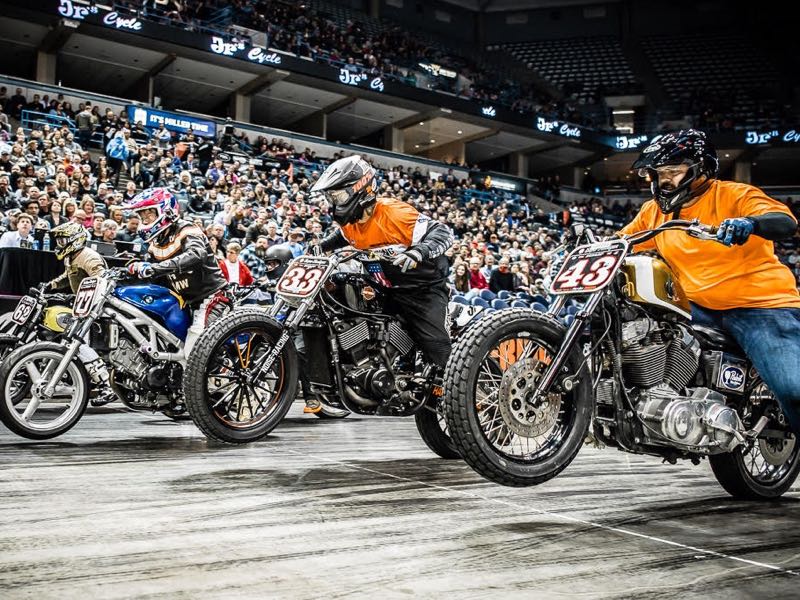 The Mama Tried Motorcycle Show is Saturday from 10 a.m. to 10 p.m. and Sunday from 9 a.m. to noon. A kick-off party at Fuel on 5th and Museum Bike Night at the Harley-Davidson Museum both start at 5 p.m. on Thursday night.

The Flat Out Friday Flat Track Races at the BMO Harris Bradley Center Arena and the Mama Tried Pre-Party at Turner Hall Ballroom take place on Friday night, with the races starting at 5 p.m. and the pre-party at 9 p.m.

The Mama Tried After-Party takes place at the Eagles Ballroom at 9 p.m. It's free to attend with a MTMS ticket. Bands include Weedeater, One (Metallica tribute band), Bleed, Happyneverclear, Sex Scenes and Mom’s New Boyfriend.

The 2018 Mama Tried Motorcycle Show closes out on Sunday with the Slippery Sunday Ice Ride from 11 a.m. to 3 p.m. at McKinley Marina.

For the online schedule of the entire MTMS event and more about the films, go here.

Mama Tried was started three years ago by Johnson and Warren Heir, Jr. Two years ago, they partnered with Jeremy Prach (RW24 and The Milwaukee Community Hockey League) for the first Flat Out Friday Indoor Flat Track Motorcycle Race. Other key players include Maureen Post, who coordinates all the vendors and sponsors, and Chelsea Baas who handles social media.

"This is the only indoor, curated motorcycle show in the Midwest. And unlike other shows who have just cafe racers or just Harleys, we have everything under the sun: vintage Japanese race bikes, Hillclimbers, Ice racers, Flat trackers, traditional Choppers and everything in between," says Johnson. "Fans won’t be disappointed."