It's been nearly seven months since Merge opened its doors, and the Korean Fried Chicken (KFC) bar has slowly but surely settled into a rhythm. But, as the weather warms, there are some exciting new things to come.

It’s been nearly seven months since Merge opened its doors last November at 1932 E. Kenilworth Pl. And in recent months, the Korean Fried Chicken (KFC) bar has slowly but surely settled into a rhythm. But as the weather warms, there are some exciting new things to come.

In fact, if you’ve driven past the venue recently, you’ve likely seem the beautiful new art on the exterior of the building. It’s the restaurant’s newest collaboration with artist Emma Daisy; it’s also a sign of changes on the way as Merge begins to solidify its identity on the East Side. 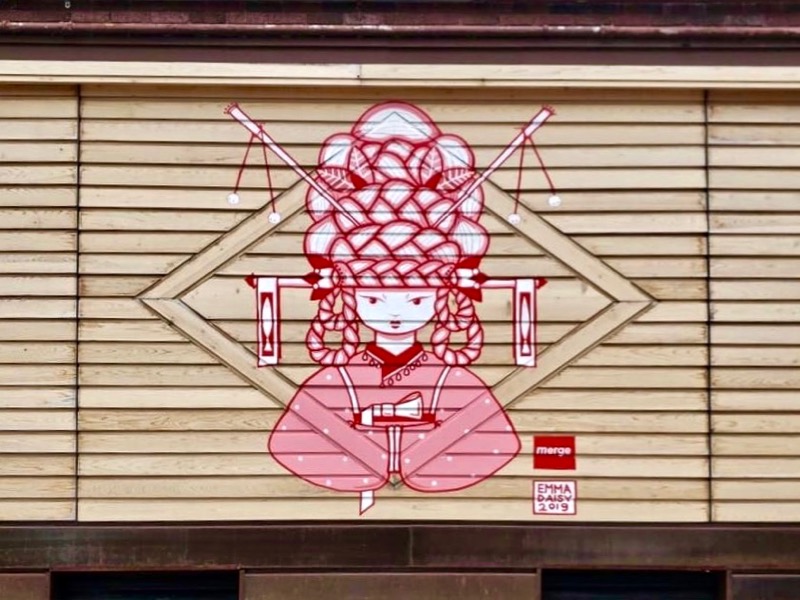 Merge opened as an untested concept in a transitional neighborhood. Essentially, that means the concept was bound to have a few growing pains. It has. In fact, over the the past number of months, Merge staff have been busily listening to customers, taking a look at their operational processes, and making changes and improvements to both the menu and customer experience.

If you visited Merge early on, you likely found yourself waiting in a line at the kitchen to order your food, then waiting for your pager to buzz so you could pick it up. Those days are over.

Guests can now place both their food and beverage orders at the bar. Once the order is placed, the bartender provides you with a numeric card to display at your table, and when your food is ready, it will be delivered right to you.

Merge has also adjusted its food and beverage offerings. The KFC wings are still the star – as is the excellent KFC cauliflower – but an expanded list of options has enabled the bar and restaurant to take its menu beyond street food and give it more of a Korean gastropub feel.

At the bar, you’ll find a series of new cocktails including a Dark & Stormy, a spicy paloma and (coming soon) Merge’s own sangria, available in large format for sharing with friends.

If you’ve been watching Merge closely on Instagram, you’ve also spied some of the new menu items.

They’ve added two new wing sauces – Nashville hot (spiked with gojuchang) and Jim Beam barbecue – and made some revisions to the taco menu, creating improved combinations served on street-style flour tortillas (including the kimchi tofu tacos above and a pork taco with beer-braised pork belly, pineapple habanero salsa, scallions and radishes). Tacos are $3 each, two for $7 or three for $9.

The restaurant’s rice cake skewers were exceedingly popular, but sourcing enough of them has proven to be exceedingly difficult. So they’ve subbed in rice cake and sausage skewers covered with the same addictive sweet & spicy sauce ($5). 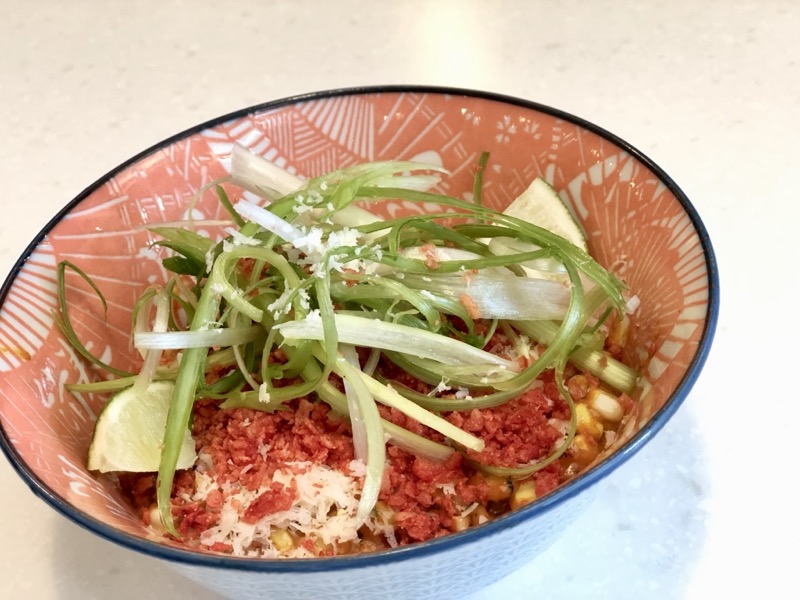 If you’re curious about the heat levels of the volcano sauce, check out the review from Nick Barth and Matt Mueller, who tried the volcano sauced KFC wings in their latest Burning Through Brew City.

At the request of guests, Merge has also expanded its happy hour, which now takes place Tuesday through Friday from 4 to 7 p.m. and features a variety of food and drink specials including $3 draft beers and $4 double rail drinks. You can also tackle a Soju bomb for just $5.

Not sure what a Soju Bomb is? It’s similar to a sake bomb (or any bar bomb, really) wherin a shot is plopped down into the glass of beer using any number of methods. Merge has their own unique way of serving a Soju Bomb (ask the bartender about it when you order). But, if you’ve never tried Soju, a neutrally flavored colorless Korean spirit similar to vodka (but with less kick), it’s a pretty gentle introduction. The combination of soju and beer tends to bring out the sweetness of the beer and smooth out the grain-forward edges of the soju, creating a pretty refreshing drink. 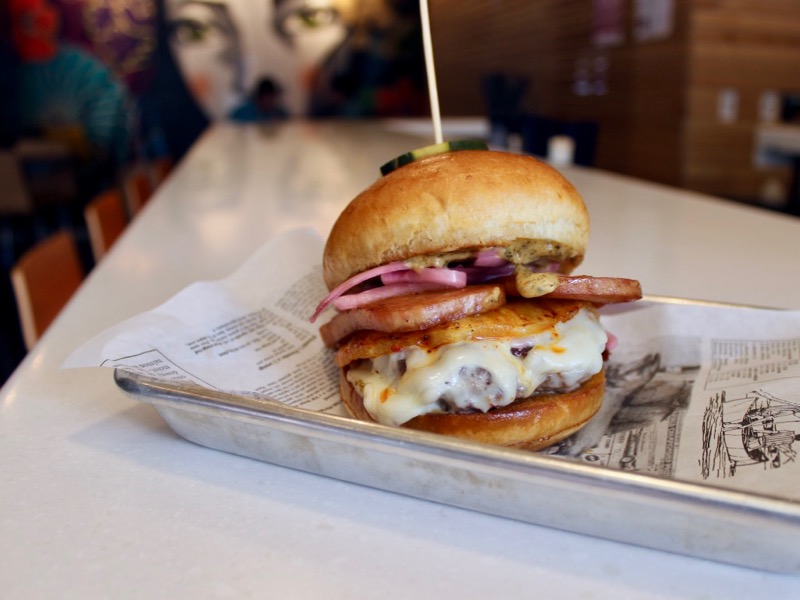 You can also chow down on $4 esquites, four-piece snack wings for $5 and two Yankee Tacos (made with ground beef, pico de gallo, lettuce, scallion-lime crema and radishes) for just $5.

And there’s more. A date hasn’t quite been set, but Merge is also working on a brunch menu! We got a sneak peek at some of the ideas that have been brewing and they look pretty tasty. 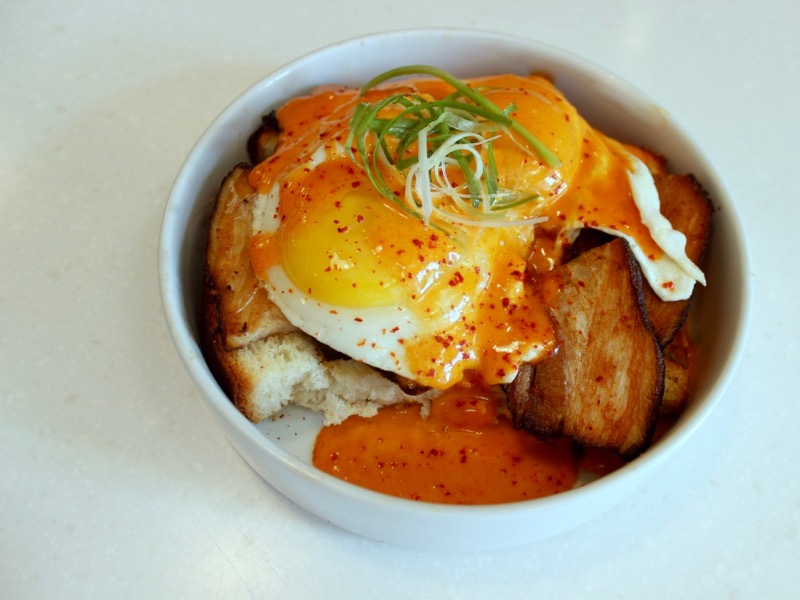 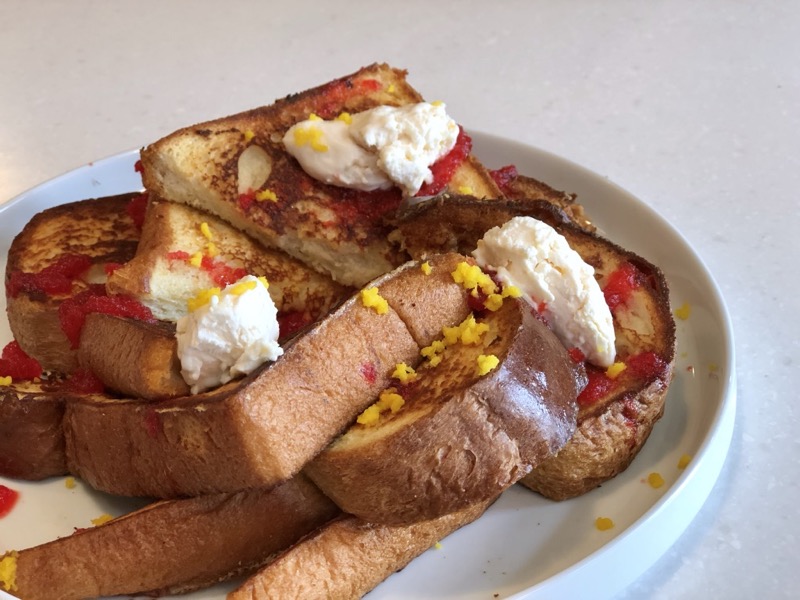 It’s also likely you’ll be able to enjoy that brunch out on a brand new Merge parklet. Permits have cleared the city and work has begun on a new 40’x6’ structure which is expected to seat 20-25 guests.

Due to increasing demand, Merge has also officially opened up the lower level of the restaurant for private parties. Interested in hosting an event there? Email mergemke.events@gmail.com.

Moving forward, you can also expect to see more collaboration with area businesses (you might be able to order Merge KFC wings soon at Vintage, for instance) and a series of fun pop-up events at the restaurant.

Keep an eye on Merge’s Facebook and Instagram feeds and you’ll be the first to know about all the fun stuff coming your way.