By Royal Brevvaxling Special to OnMilwaukee.com Published Feb 10, 2020 at 2:56 PM

Director Elegance Bratton opens the 2019 Milwaukee Film Fest documentary "Pier Kids: The Life" with both an acknowledgment of the importance of the 1969 Stonewall Riots, which seemingly launched the modern gay rights movement, and an admonishment that "the world" has continued celebrating white LGBTQ accomplishments while disregarding the continued peril of LGBTQ people of color.

"Pier Kids" is showing in Milwaukee again Thursday, Feb. 13 at 6 p.m. in UW-Milwaukee's Union Cinema. The filmmaker is scheduled to be in attendance and the screening is free and open to the public.

Bratton, while in attendance at a Milwaukee Film Fest screening, reiterates that the gay rights movement has abandoned both people of color and working class people more broadly. With the Stonewall Riots remaining a touchstone for the director, Bratton’s goal for the film is "to make everyone a ‘Pier Kid’ … to know what it feels like to live in a country and feel like it’s not your own." 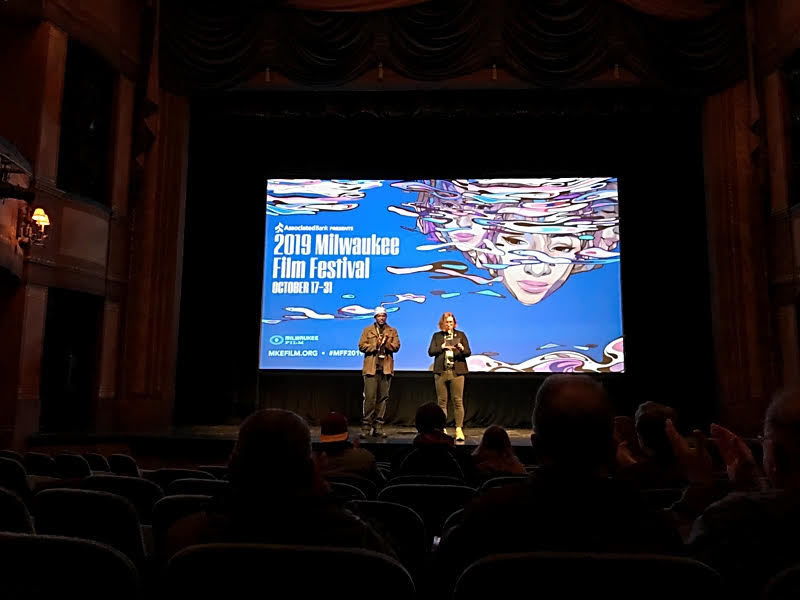 "Pier Kids" offers sweeping yet intimate views on the homeless street life of LGBTQ youth of color in New York’s West Village. The site of Stonewall and of Bratton’s own homelessness for 10 years, "Pier Kids" loosely follows the lives of DeSean, Casper and Krystal, three differently positioned gay and trans people of color who attempt to carve out an existence around the Hudson River piers and along Manhattan’s Christopher Street.

Bratton captures a stark and gritty poetry in both DeSean’s and Casper’s statements in the film. At one point, the latter remarks offhandedly that "breathing air is great" but sometimes finds it "isn’t any better than being dead, because when you’re dead, you don’t have any stressors."

In another scene early on, it’s made quite clear that the "easy way" out of this life of homelessness, hustling and prostitution is to contract HIV because then social services kick in to provide housing and some semblance of a different life.

Other subjects weave in and out of telling the three principals’ stories. Lexi relates an account of getting punched by a homophobic aggressor while hustling on the street (and her brutalized face once the sunglasses come off is difficult to see) which she concludes by stating quite plainly, "I have to eat (and) I have habits to support." Various street montages depict the youth of color in a full humanity whose vibrance and richness is not at all diminished by the sometimes low light and low resolution of the equipment. And, in what might be an attempt to bring things back to Stonewall as a continued call to action, footage of the Trans Day of Action March and "Twerk Fest" during Pride are added near the end of the film, including continued confrontations between the youth and police.

But the emotional and existential clarity in "Pier Kids" comes from Krystal’s story. At one point correcting the filmmaker on camera by stating she’s a "woman of trans experience," and not a "trans woman," Krystal’s scenes, which include moments with her gay children from the pier, her mother and aunt, and her brothers, are engrossing, compelling the viewer to reckon with whatever prejudices they might bring to the viewing and daring them to deny her humanity.

Bratton says Krystal needed him to be her friend in order to continue telling her story. Bratton suggests it naturally took some time to develop, but that a friendship did apparently form is essential for the film and speaks to the promise of Bratton’s continued growth as a documentarian.

Bratton’s access to Krystal’s interactions with her gay children, youth she mentors, must be testimony to the friendship. In one moment, Daniela comments on not having a birth mother who was there for her and having Krystal, who is, and her comments on the difficulties being pretty inhabit in both the culture and the street environment offer glimpses more into lives being lived and less on youths as engaged in prostitution and other street activity. And an intense interaction filmed between Krystal and Melissa could not have been possible without Bratton earning his subjects’ trust.

While the unreflective insistence by Krystal’s mother and aunt that "he’s a son" is sadly not that remarkable to anyone familiar with trans experience, the juxtaposition of all the scenes between Krystal with her mother and aunt and those with her brothers in Krystal’s trip home to Kansas City is masterful and enlightening.

These scenes offer a useful commentary on the arbitrariness of gender such as when Krystal’s older brother Antoine insists that growing up Krystal was "too masculine acting" in order for him to initially support Krystal becoming the woman she always was; he now declares his "unconditional love" for her. Krystal’s twin brother realized that it was she who continued to support him in prison while no one else did.

In contrast, Krystal’s mother and aunt need her to be someone she’s not for them and it’s clear nothing they think or do takes what Krystal thinks or needs into account. That this is about how, in many human relationships, people often desire or demand someone other than who is actually in front of them and that this transcends gender presentation is quite evident in these scenes. Krystal singing on the sofa with her mother in the middle and her aunt on the other end, who slowly starts accompanying her, is as bittersweet as cinematic moments can be.

In broad strokes, "Pier Kids" is an important film that puts class, color, gender and sexuality in focus while sounding a necessary clarion call that LGBTQ youth are 40 percent of the homeless population and that society in general and the movement in particular are failing them. Of the gay rights movement, Bratton says there is a "supposed progressivism which does not extend to black people" and what we need to combat this is "revolutionary love."

In particular, "Pier Kids" demonstrates the humanity typically denied to LGBTQ youth and highlights that these are lives worth living, as when Bratton says, "the people who have the least to lose are the ones who are able to be themselves." And that’s a revolutionary way to be.

Hulu's "Happiest Season" is more than a lesbian holiday rom-com