I went to the Nov. 2 Admirals game against the Rockford Ice Hogs and it was a different hockey viewing experience than other hockey games I'd seen before.

I’ve always loved watching hockey. I’ve seen Chicago Wolves and Blackhawks games before, but never an Admirals game. So I went to the Nov. 2 matchup against the Rockford Ice Hogs – and it was a different experience than other hockey games I’d seen before.

This is mainly because of the smaller, more intimate feel to the crowd, not to mention the food, seats and traditions.

The seats in the UW-Milwaukee Panther Arena were impressively comfortable for arena seats. There also were several tasty food options, such as The Mac Shack and Ian’s Pizza. I was impressed that there weren’t your usual generic concessions, but instead some unique local food choices.

At the beginning of the game, the video shown on the jumbotron was enthralling, showing scenes of Milwaukee. It made me proud to be a part of the city – and, most importantly, it got me excited for the game.

When the puck dropped, I was surprised that the Ice Hogs had almost identical jerseys and game attire to the Chicago Blackhawks. There even was a Blackhawks logo on their shoulders, which further made me think of the team. They are a Blackhawks affiliate, after all.

I was also surprised by the number of cowbells. Looking out into the audience, almost everyone had a cowbell that they shook and rattled and clanged when they were excited – some even had two or three. It brought a uniquely energy and rustic sound to the hockey game. Next time I go see a game, I'll be sure to bring some to join in the fun.

When the Admirals scored their first point of the game, courtesy of Zach Magwood, imagine my confusion when the crowd rained stuffed animals onto the ice. I wondered if that was a tradition Admirals fans did every game, but I soon figured out from the people sitting next to me that it was a part of the Jockey Being Family Teddy Bear Toss, with the teddy bears given to local law enforcement for children in need. We were later informed that 1,069 bears were collected – a huge amount! I almost felt sorry for the clean-up crew who had to take some serious time scooping up all the animals after they were tossed onto the ice. 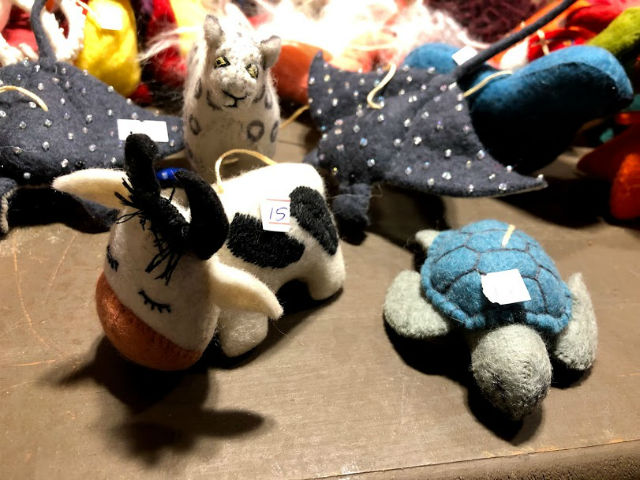 During the break in between the second and third periods, the surprisingly catchy and relatable song "The Good Old Hockey Game" came on as a sing-along. Somehow, after all these years of being a hockey fan, I had never heard the song before, go figure.

Unfortunately, the Admirals lost to the Ice Hogs, 3-2, in overtime. But the game was not without exciting moments. Zach Magwood scored his first two goals for the Admirals – the only two points Milwaukee would score all game. The Ads were even in the lead after the first goal ... until later on in the first period when the Ice Hogs tied the game, 1-1. Then Magwood scored again during the second period, but the Ice Hogs eventually scored again with 7:59 left in the third period, tying the game and sending it to overtime, where the Ice Hogs snagged the win after 3 minutes and 33 seconds of overtime.

Even though my home team lost, however, I didn’t leave the arena at a loss; the thrilling experience of the game was certainly enough to make me want to come back.