I had never seen a roller derby, so I figured a roller derby would be just like a classic race to see who could get to the finish line first. As soon as I stepped foot into the UWM Panther Arena for a Brewcity Bruisers bout, I realized I was dead wrong.

I had never seen a roller derby, much less even knew Milwaukee had a team of its own. So I figured a roller derby would be like in-line skating competitions in the Olympics, just a classic race to see who could get to the finish line first.

As soon as I stepped foot into the UWM Panther Arena on Jan. 27 for the first bout of the Brewcity Bruisers' 13th season, I realized I was dead wrong.

While I was initially confused on how the roller derby worked – mainly because it was not at all what I was expecting – the match was quickly fascinating to watch. In a nutshell, a roller derby is made up of two bouts, or two teams facing each other. Each bout is basically just fast-moving, fierce women beating up and trying to block each other, which makes for fun watching. 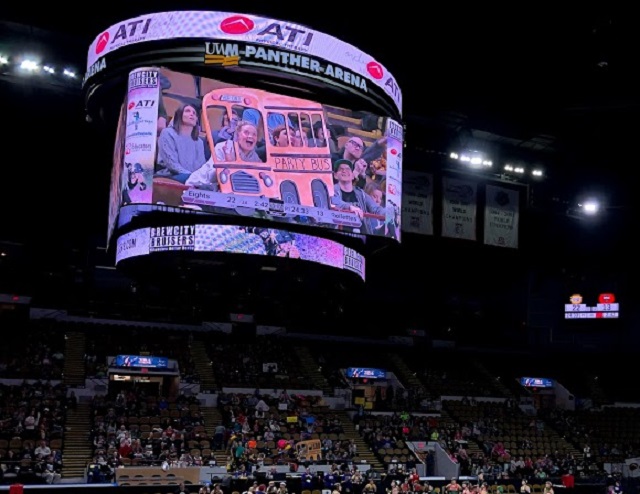 There are four blockers and one jammer, signified by a star on her helmet, in each bout. The blockers try to get their jammer to score points (they are the only ones who can) while meanwhile also trying to prevent the jammer on the opposite team from scoring. The blockers will skate close together, making a pack, while the Jammers will try to get through. Once the jammer gets through, she can score points by skating a lap.

That final part is the trickiest to understand. I was confused how many points can be earned and when the jammer makes it through the opposite team’s pack. After checking the official Women's Flat Track Derby Association rule website, it became apparent that a point is scored only when a jammer laps a blocker and passes that opponent twice in a row.

What was easier to see and understand was how many devout fans attended the match. Groups carried in posters in favor of a particular Bruiser while other fans went wild with the applause, cheering and support. The official cheerleaders – aka the Bruiser Beerleaders – brought energy to the bouts and performed a dance routine at halftime as well. 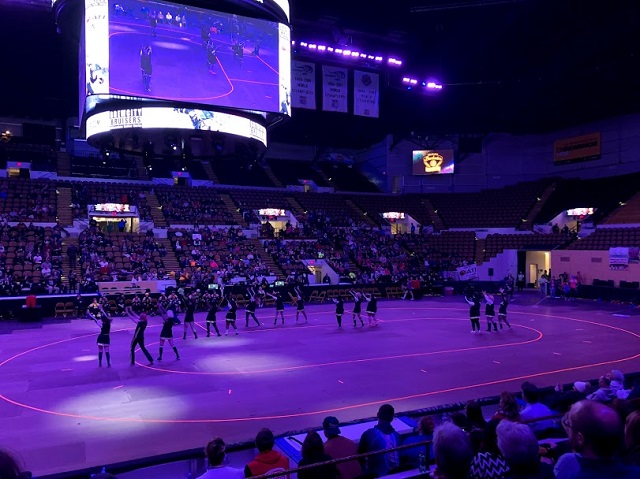 It was good to see that, despite some of their ages, they still bounded with spirit. There also was a cyclist riding all over the far edge of the track, popping a wheelie during the derby.

For the first bout, it was the Shevils versus the Maidens, with the Shevils ending up winning, 224-127. For the second bout, it was the Russin’ Rollettes versus the Crazy Eights, the former winning, 188-152. As you can see just based on the names of the teams, the roller derby was filled with fun and puns – and that's before we even get to the skaters' nicknames – including, for example, Cherry Clobber, Susan B. Anarchy and Madame Furie. These witty jokes made the derby even more entertaining to sit through.

I'll admit that, with the two-hour running time – complete with halftime – and my own confusion and inexperience with the sport, I found myself getting a little restless as the rounds got repetitive. Plus, there was a very limited food selection in the UWM Panther Arena.

Almost everything that is normally open for the Admirals was all closed, and only three food stands were open. Even so, I was still able to find myself a hearty dinner of french fries with barbecue pork, bacon bits and cheese, and it was as tasty as it sounds. But I still would’ve liked more variety to choose from. 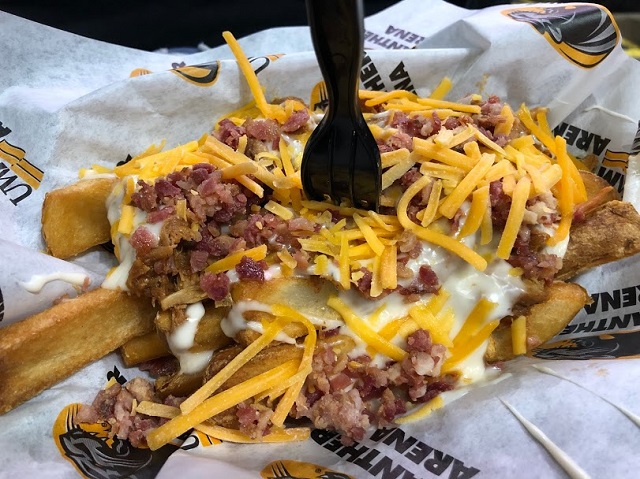 Overall, however, I was impressed how kid-friendly the derby was, with wooden stands of Bruisers to put your face in for photo opps and merchandise available, so fans could buy shirts and the like to prepare for the next roller derby. 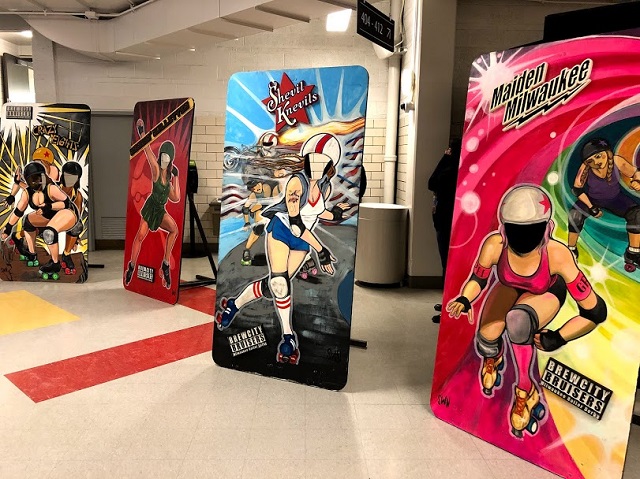 Now knowing the rules before trying to watch this sport, I would go back to a derby. (Not knowing how it ran was my number one regret, and it helps to do a little homework beforehand so you can watch and understand the strategies playing out.) It was a fun time and definitely something you can bring your friends to for a nice Sunday night out – especially with football out of the picture for the next eight months. The next bout is Feb. 10, so be sure to get tickets!