Milwaukee has always fit into the larger comedy scene in myriad ways: with talented comics and compassionate audiences.

This content is in partnership with Potawatomi Hotel & Casino.

Everyone wants to laugh. Whether it’s a chuckle, a chortle or a full-on ROTFL, most people want more humor – and less drama and sadness – in their lives.

The Midwest has produced major laugh-makers thanks to Chicago’s prestigious Second City improvisational school with graduates like Tina Fey, Steve Carell and Stephen Colbert. And Milwaukee groomed and / or was the birthplace of great wits from the late Gene Wilder to present-day personalities like Will Durst, Frank Caliendo, Charlie Berenz, Tom Clark and Johnny Beehner.

"Milwaukee is always on par with other cities in terms of talent, they just don’t have the numbers like bigger cities," says Sanfelippo.

Today, Sanfelippo is the president of Bonkerz Las Vegas. He also partners with Potawatomi Hotel & Casino to bring comedians to the Northern Lights Theater numerous times every month. 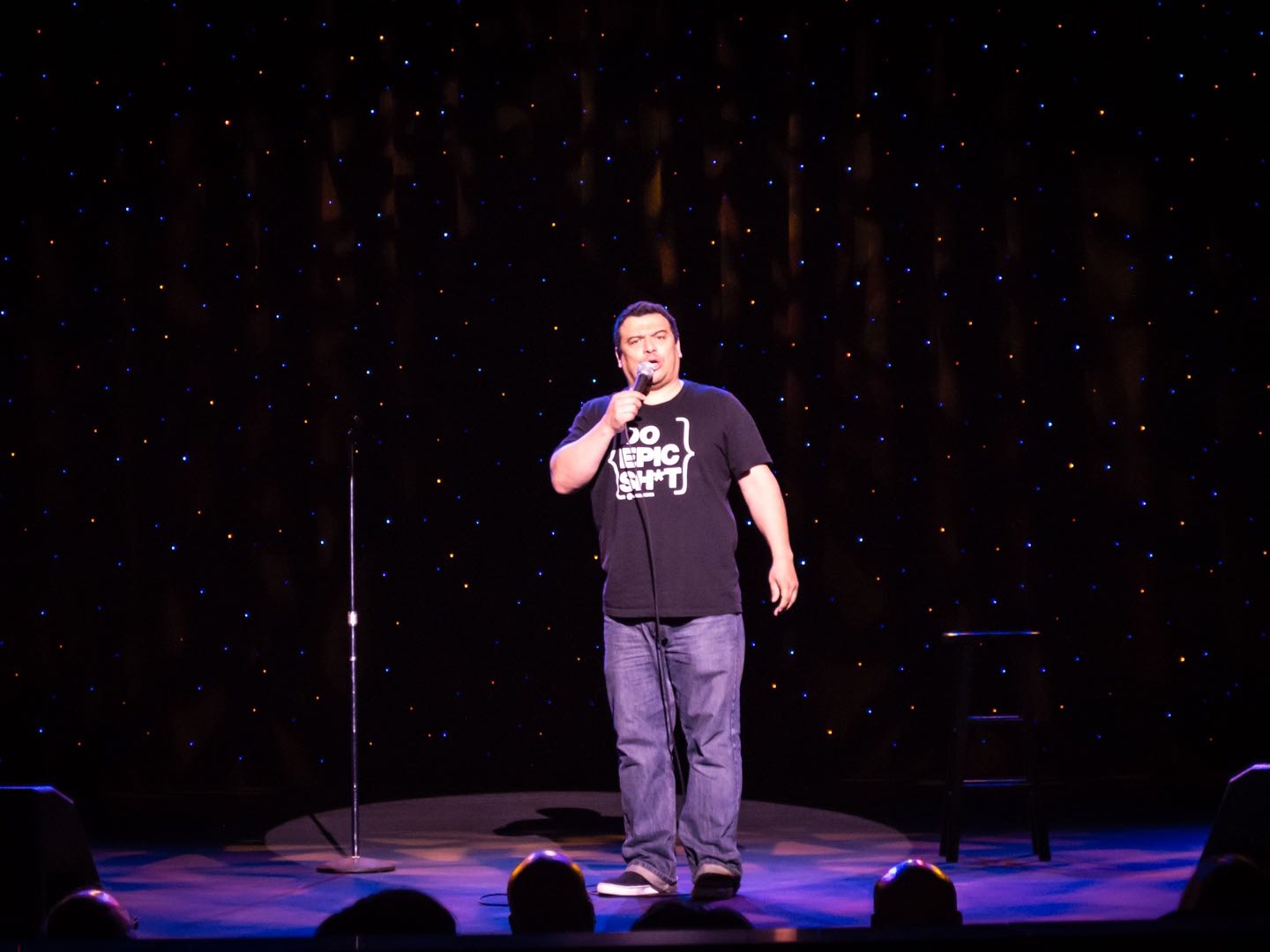 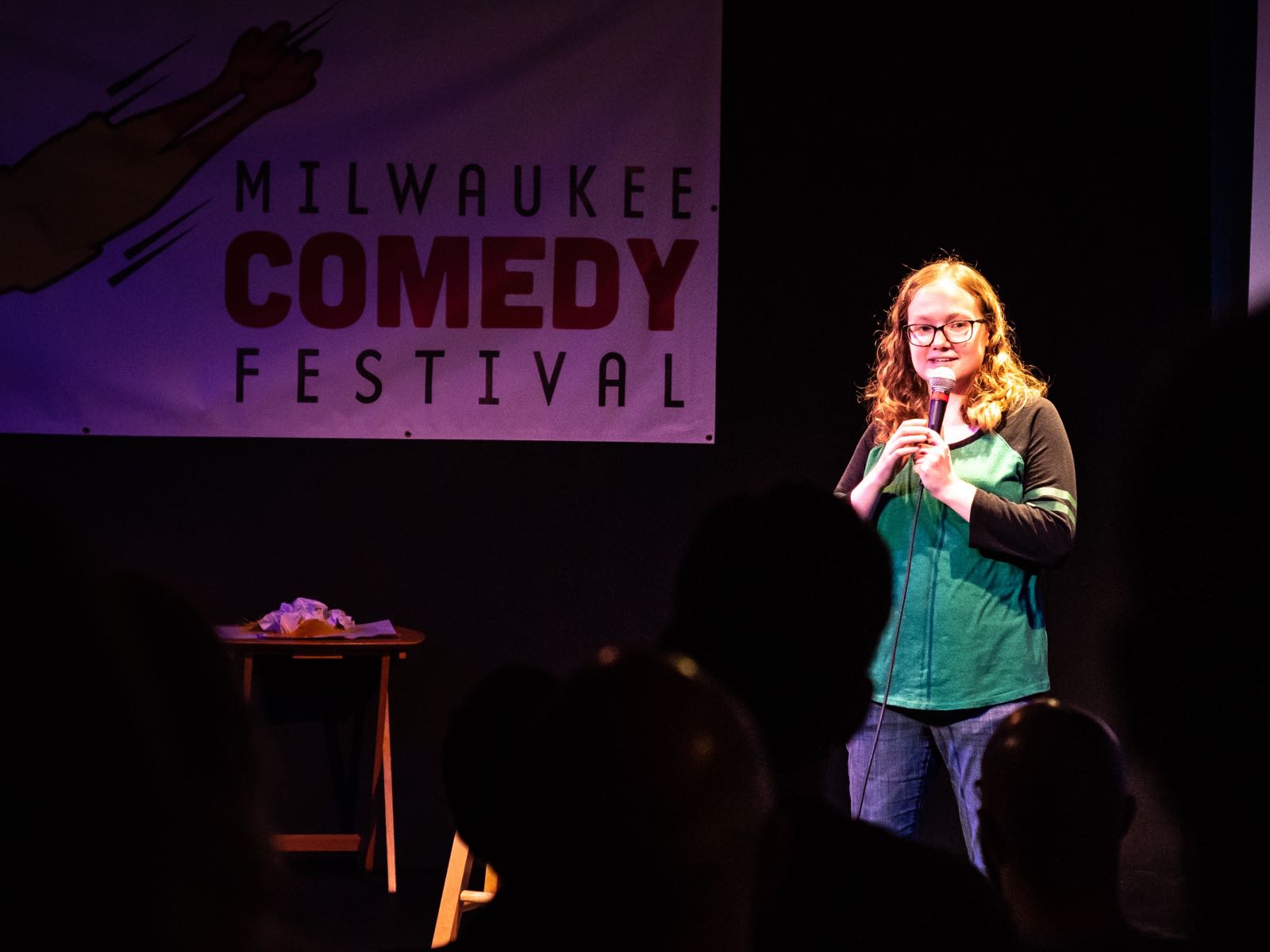 Kemple says he had no intention of  building such a large comedy scene in Milwaukee, but his early efforts were extremely well received and so he kept going.

According to many people in the biz, there’s something special about Midwest comedians that resonates with audiences throughout the country.

"Comedians that come out of Milwaukee have a certain charm, a niceness, that makes them instantly likable and accessible," says artistic director for CsZ Milwaukee, Jake Shaw.

CsZ is the home of ComedySportz – which started in Milwaukee in 1984 and went on to become a worldwide organization that groomed talents like Wayne Brady, Iliza Shiesinger and Tom Clark. After performing in the now-defunct Kalt’s on Oakland Avenue, ComedySportz moved to their current location in Walker’s Point where they perform and teach workshops. 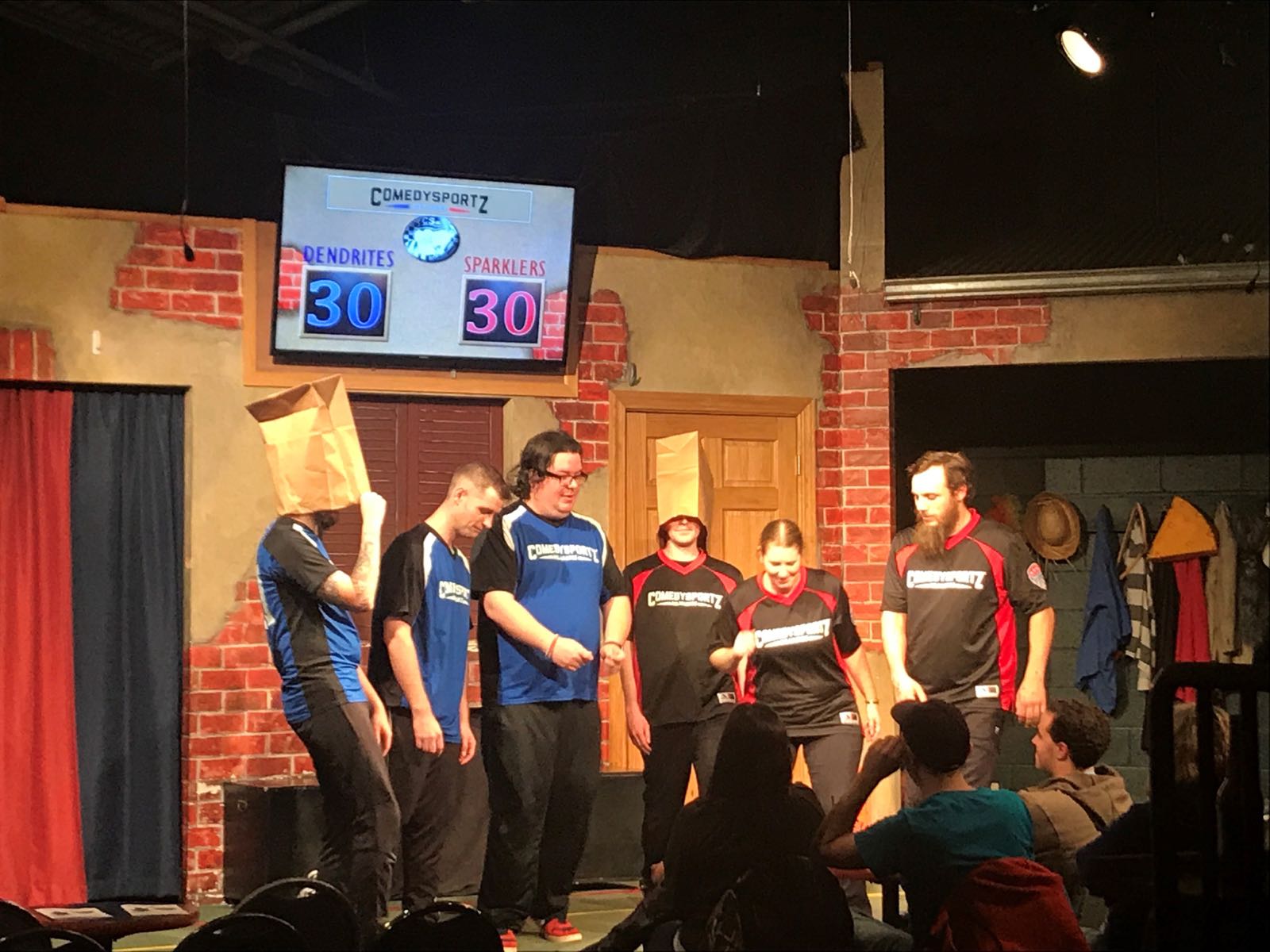 Although Milwaukee’s contribution to the national comedy scene will never compare with New York, Los Angeles or Las Vegas, it continues to play an extremely valuable role, especially for up-and-coming comedians.

"The Midwest is really the Great Incubator for comedians," says Dan Deibert, a Milwaukee-based comedian for 30 years. "The audiences here are kind and understanding." 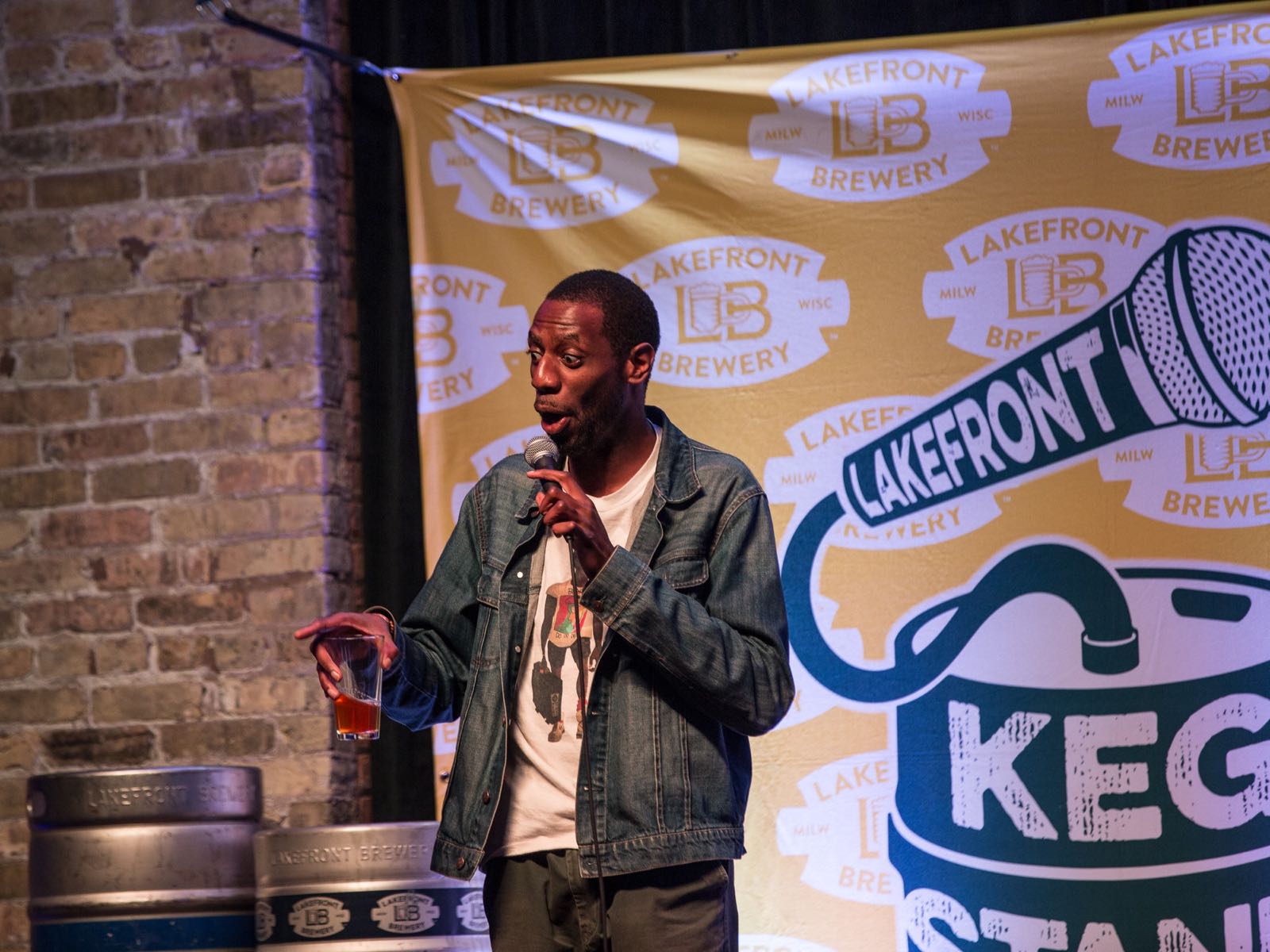 Comedians have a better chance of getting a gig in the Midwest, ideally in tourist towns like Wisconsin Dells, and therefore can work on honing their talents in front of a live audience. Such was the case for Liz Ziner, comedian and co-founder of the Cream City Comedy Festival who moved from Milwaukee to Chicago a few years ago.

"Starting in the Midwest gives you time to come into your own voice. Because the stakes aren’t as high, you can take more risks," says Ziner. "You can also have a good career as a comedian without leaving the Midwest. Yes, you will have to do a lot of road gigs and you are proportionately less likely to be discovered by an agent or scooped up for a TV writing job. But sometimes fame or status isn’t your end goal. There’s something beautiful about just doing comedy for the love of the game."

Kemple believes Milwaukee has an extremely vibrant comedy scene, but eventually – for comics who really want to become a professional comedian – they will probably need to move on.

"There's an open mic every single night of the week in Milwaukee now. This is extremely rare for a city of our size. It gives comics the chance to practice every single day," says Kemple. "But if you really want to take comedy to a professional level, eventually there just won't be enough stage time in Milwaukee and you will have to go to Minneapolis or Chicago or LA to get even better at what you’re doing."

In the past decade, the opportunity for comedians of color as well as female and LGBTQ comics to develop comedic skills on a Wisconsin stage has become more accessible. 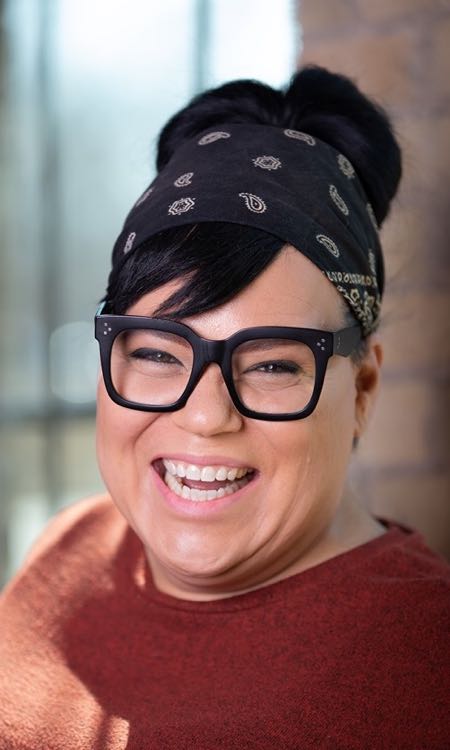 "I think the Midwest is becoming a comedy hot spot for sure. I've seen a surge of comics in Wisconsin especially over the last five years and I'm seeing a lot of women and queer comics begin to flourish. That makes me excited. I'd like to think I had something to do with that," says Martinez.

The opportunities for all types of comics on the local level contribute to the diversity of comics now seen on large stages like the Northern Lights Theater and in arenas as well as on Netflix, Comedy Central and HBO because, again, they are able to book gigs to hone their skills. 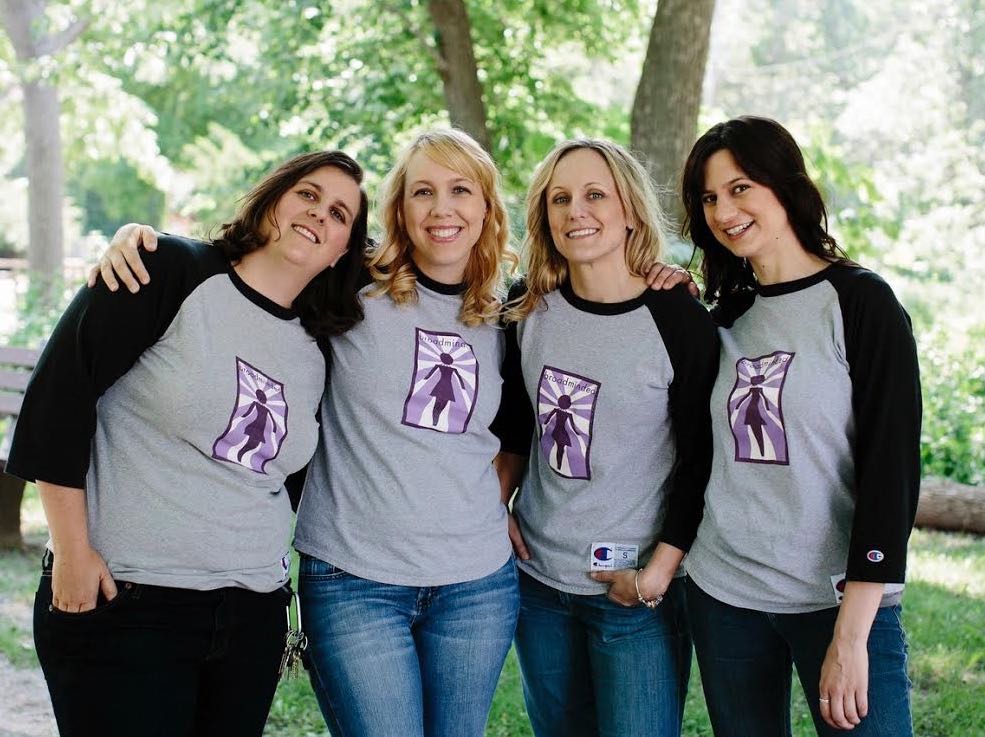 Another advantage to Midwest comedy is the close proximity of Midwestern towns and cities which makes it convenient and more affordable for comedians traveling between gigs.

"In my efforts to book personal tours, I try to keep my driving time under three hours between gigs," says Arechar.

Arechar says the sheer location of Milwaukee in the center or near center of the Midwest makes it particularly valued in the Midwest comedy scene.

"Milwaukee's comedy scene serves the industry by adding another bridge," he says. "This benefits all parties involved. Local scenes thrive from weekly-occurring opportunities, it's an incentive for local performers to continuously work towards, it benefits touring comedians looking to fill gaps in their travel calendar and it benefits the attendees by offering a rotating cast of local and regional talent."

Comedy in Milwaukee has changed a lot over the years, and will continue to do so in the future.

Luckily, Potawatomi Hotel & Casino continues to book comedians on a regular basis, and the Northern Lights Theater is unique in that – with two tiers and 500 seats – it's larger than the average comedy club, but still an intimate venue.

"Northern Lights is conducive to both large and small comedy acts because it's set up so well," says Bonkerz's Joe Sanfillipo.

However, after the recent closings of long-time comedy clubs Milwaukee Comedy Cafe and Jokerz Comedy Club, Milwaukee is without a venue that’s dedicated solely to comedy. Instead, open mics and festivals have taken the place of the "two-drink minimum" clubs of yesteryear.

"Our contribution with the (Cream City Comedy Festival) has always prioritized the performer and the community, both regionally and locally," says Shaw. 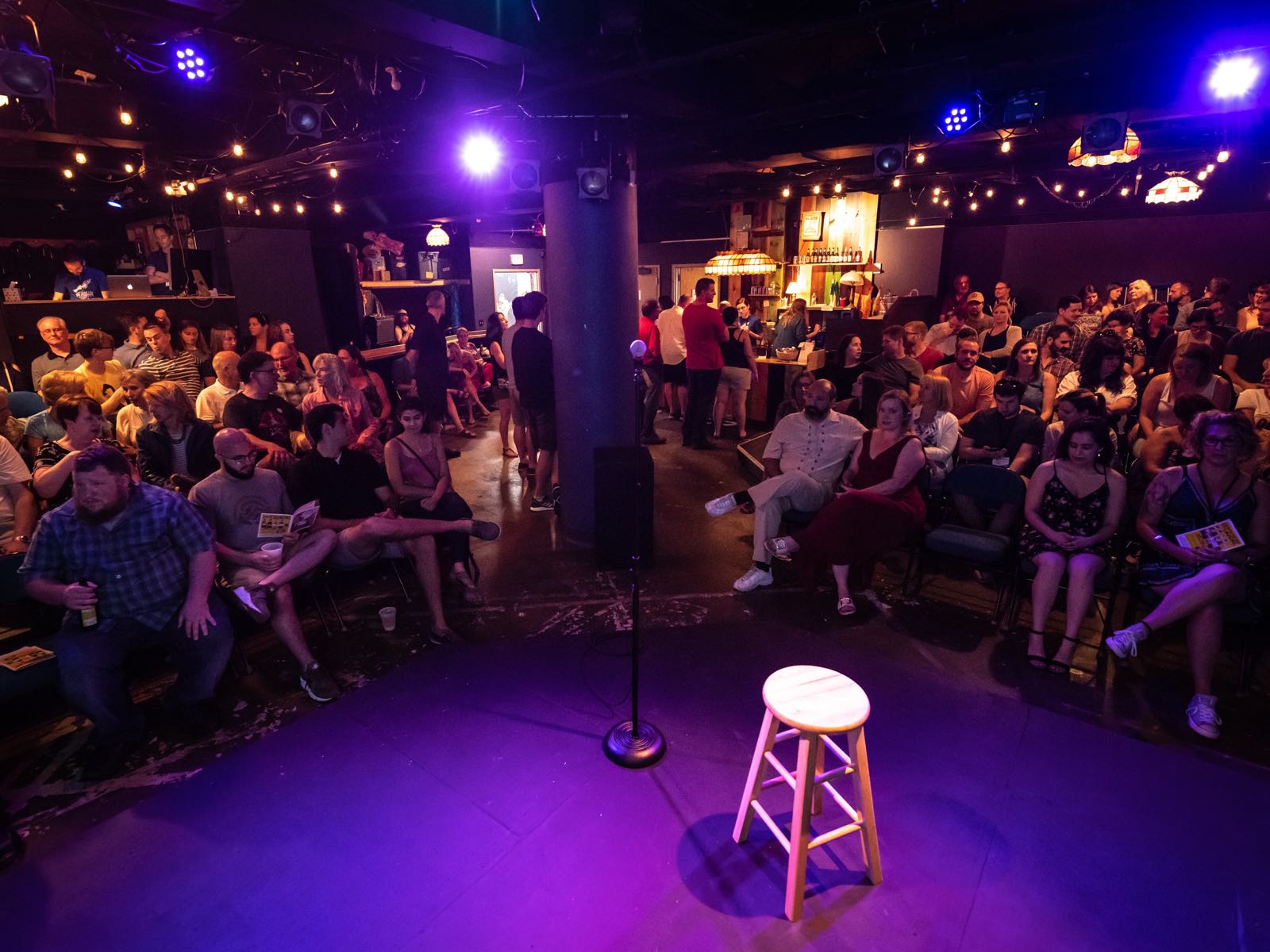 Milwaukee is known as a hardworking city, but also deserves credit for its sense of humor and talented pool of comedians. Take it from Nicholas Cialdini, a Second City graduate and writer who lives in Milwaukee and owns the production studio, Column & Verse.

"I think Milwaukee is a very funny town," says Cialdini. "My family is really funny. My grandfather was a doctor in a little Wisconsin town. He was hilarious. He was the guy who could lighten the mood about anything. People in general understand humor here."

It’s no surprise that Milwaukee’s stereotype (which is rooted in truth) of being earnest, down-to-earth "nice guys" seeps into the comedy scene – and has throughout history. It's in our blood; maybe it's in the beer.

"You don’t have to act funny," Gene Wilder once said. "Just be real and it will be funnier."

Gaffigan is coming back again