While the return of the MLB looks like a lost cause this year, at least one league's figured out a way to play ball: the American Association, which announced today that the Milwaukee Milkmen and five other teams will throw out the first pitch of a reorganized 2020 season on Fourth of July weekend.

While the return of Major League Baseball looks more and more like a lost cause this year, at least one league's figured out a way to play ball: the American Association of Independent Professional Baseball, home of the Milwaukee Milkmen, which announced today that it will throw out the first pitch in its reorganized 2020 season on Fourth of July weekend.

Six of the league's teams – including the Milkmen – will play ball starting on Friday, July 3, playing a 60-game schedule across three hub cities through Sept. 10, with a best-of-five championship series featuring the top two regular season teams to follow shortly after. 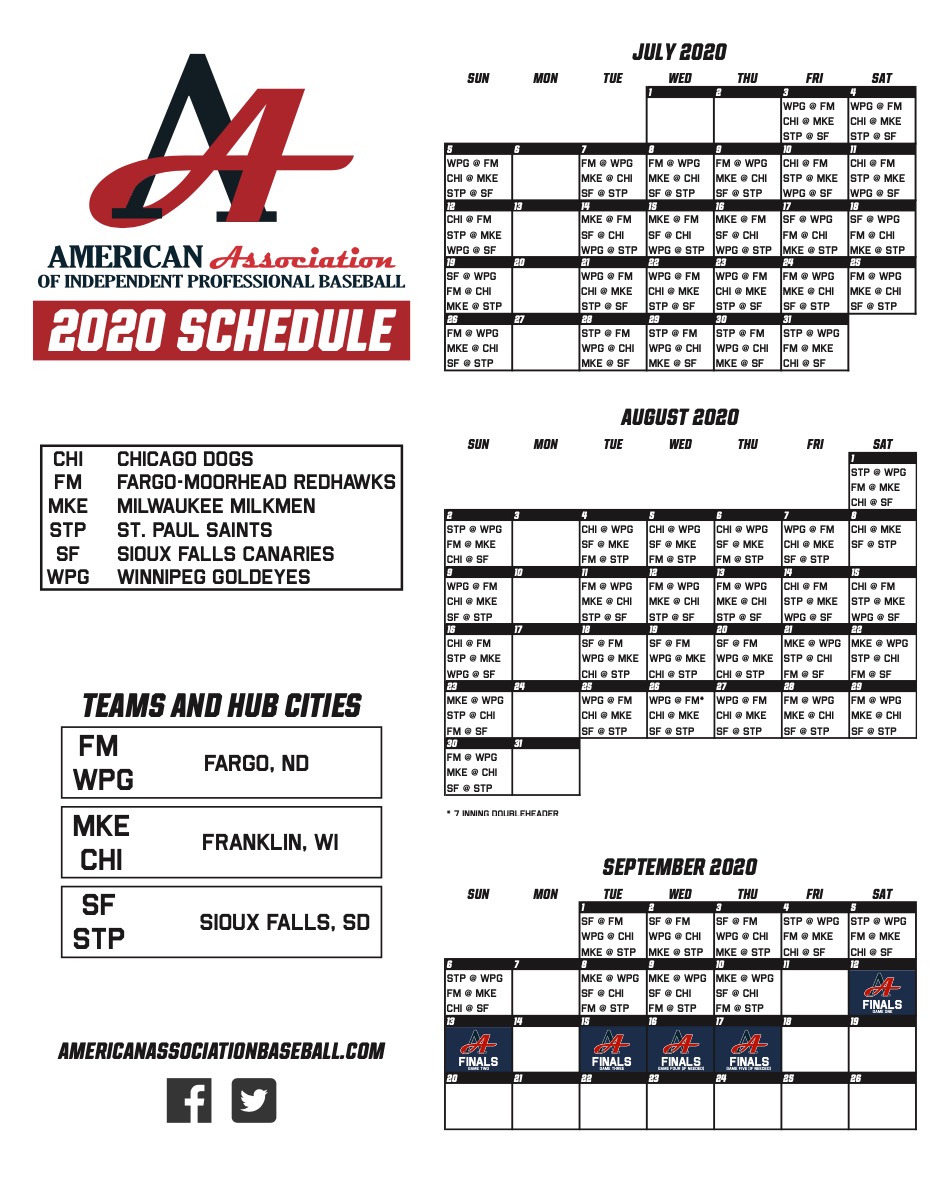 Best of all for Brew City baseball fans, the Milkmen's home stadium – the Ballpark Commons in Franklin – will serve as one of the season's three selected hub locations, along with Fargo and Sioux Falls, that will host all of the games in order to cut back on travel. Each team will play 42 of their 60 games – 30 as the home team, 12 as the away – in their designated hub stadium, with two teams operating out of each hub. (For instance, the Milkmen will share the Ballpark Commons with the Chicago Dogs.) In short: Live baseball will be back on a Milwaukee diamond this summer – and fans will be able to attend games, albeit in a social-distanced limited capacity with other COVID rules and regulations in place to provide as safe and responsible an experience as possible.

"Our goal is to put the best talent possible out on the field, and high-talent players are certainly available," said American Association Commissioner Joshua Schaub, in a press release. "There is no shortage of enormously talented athletes who need a place to play. After much patience and perseverance, we can provide an environment in which to play and watch baseball."

To learn more on the Milkmen's plans to ward off the spread of COVID-19 at the ballpark – which include increased cleanings and an emphasis on cashless payments – click here, and for more information on the schedule, tickets and more, stay tuned to the Milkmen's website. And get ready for the return of America's pastime. It will certainly be an unusual season unlikely any other – but hey, at least it's baseball, which is more than you can say about the MLB for the foreseeable future.

The Beloit Snappers are now ... the Sky Carp