What's up with the tradition of serving a tiny glass or bottle of beer with boozy tomato juice and why does it (mostly) only happen in Wisconsin?

This article originally ran in 2019.

The origin of the Bloody Mary "chaser" is an enigma, even though Milwaukeeans – including the one writing this article – would prefer to be in the know.

Sure, that regular at that bar said the chaser was invented in a small Wisconsin tavern somewhere just north – or was it south – of Milwaukee. Grandpa swears it started after a war or after Prohibition or something like that. And that guy’s roommate said it was a genius marketing move made by Miller Brewing many moons ago.

But the truth is nobody – not even Google – knows for sure how the tradition of serving a tiny glass or bottle of beer with boozy tomato juice began.

What we do know, however, is that if we travel past Wisconsin – except for parts of Minnesota – chances are the barkeep will think you’re either a scammer or a cheap-ass for asking for free beer with your brunch cocktail.

"I've been to many states where you ask for a chaser and they're very confused," says Charlie Chaparas, a bartender at Camino, 434 S. 2nd St. "I love this state we live in. ‘Where's my little glass of booze to go with my big glass of booze?’" 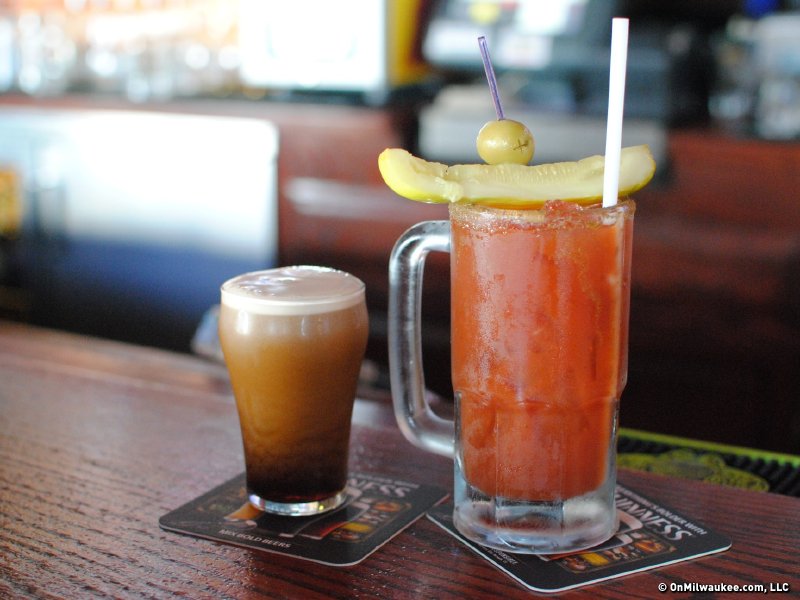 "Out-of-towners will sometimes look confused for a minute when we serve a Miller with their bloody, but then they usually get a look on their face, nod and say something like, ‘Oh yeah, we’re in Wisconsin,’" says Morales.

The refreshing crispness of a beer paired with the thicker, richer cocktail undoubtedly serves a purpose for the palate, but whether or not the chaser has another intent is uncertain.

Sarah Jonas, co-owner of Lulu Cafe and Bar, 2265 S. Howell Ave., also has a theory on the history of the chaser – and it seems as plausible as any.

"Maybe it’s as simple as this is Wisconsin and we just like our beers," says Jonas. 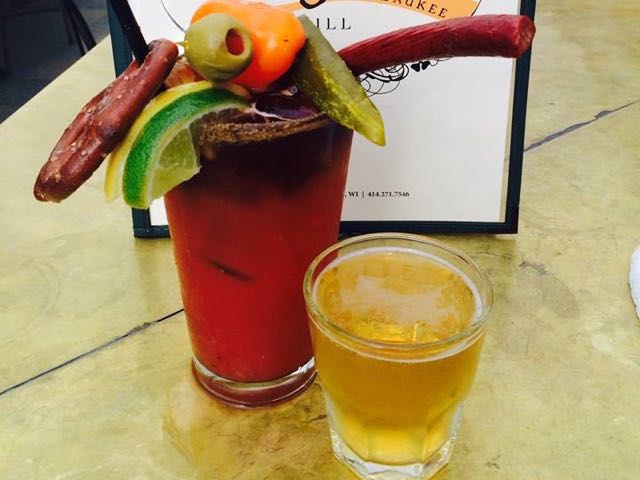 Which "Mary" the drink was named after is also debatable. Some say it’s Queen Mary I of England; others believe that it's named after Canadian actress Mary Pickford or a waitress, possibly from Chicago.

I have a theory on the name, as well. Since we don't know for certain, I’m gonna go with Mary Ann Menard, a former slave and healer known as "Wisconsin’s first doctor," as the cocktail’s namesake. Plus, because she was a medical practitioner, the "bloody" part of the name seems germane as opposed to gory.

The chaser’s name is also a bit perplexing, being that it’s more of a "beer back" than a beverage that chases or follows the cocktail. Bloody Mary drinkers rarely-to-never polish off the entire cocktail and then shoot the beer. 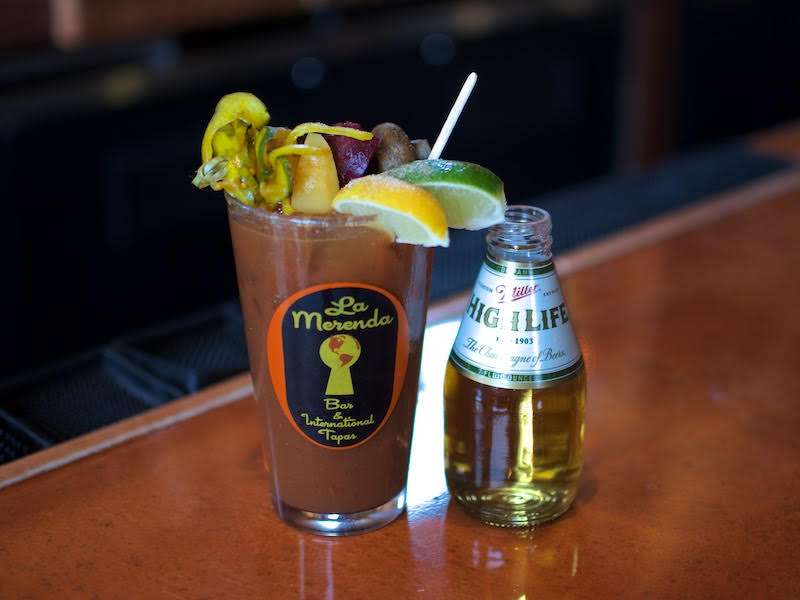 Bars and restaurants vary in the type of beer served as a chaser. For example, at O’Lydia’s Bar & Grill bloodies come with a Miller Lite, but for 50 cents drinkers can substitute any tap beer as a chaser. Lulu Cafe customarily serves a chaser of Schlitz, but will swap it for something else if a customer asks. And at Camino, anything goes.

"Our staff is trained to ask customers what kind of chaser they would like," says Chaparas. "We offer any of our tap beers as a chaser unless we have a rare, super-expensive beer pouring."

But perhaps Rick Sackett, co-owner of O’Lydia’s, 338 S. 1st St., has the best reasoning for the chasers existence, aside from being another contribution to Milwaukee's unique drinking culture.

"Beer is good," he says. "So any reason to include beer is good, too."

Try this: "The Camparty" cocktail