It's Halloween season, and that means everyone's decked in their scariest outfits and heading out to see the scariest movies in theaters. But why stop there? Why not spread some terror to the dinner table, as well?

It's Halloween, and that means everyone's decked in their scariest outfits and streaming the scariest movies they can find. But why stop there? Why not spread some terror to the dinner table, as well?

Here are 11 dishes that might give you a fright while skimming the menu – whether it's a gory ingredient, a hellish dose of heat, a killer amount of calories or cholesterol, or a bloody stab wound to the bank account. Or maybe you've overcome some of these food fears; in that case, congratulations on your iron nerves and steel stomach.

1. Too Hot for a Normal Person wings

One bite, and I was done eating these wings – and had just begun hiccuping and coughing and crying. I couldn't even lick my fingers of the sauce because I was too scared to keep burning my mouth. The cook told me that it's technically more potent than pepper spray, and I believe him.

I thought my taste buds were safe when Jonny Hammers, the originator of these nuclear nuggets, closed and was sold to a new owner. But just like a proper horror movie monster, they couldn't be killed and came back, as all of the old wing flavors made the transition to the new JD's Pub & Grill. Now I know how Laurie Strode feels.

Found at: Ward's House of Prime

If you're going to a steakhouse, you might as well go all out. And at Ward's, they mean ALL. OUT. The restaurant has a "wall of fame" section of the menu, featuring special massive cuts ranging from the 40-ounce "Baby Dane" to the 125-ounce "Holy Schmidt" and more.

Those can't even hold an artery-clogged candle next to the current record holder, however, a 360-ounce steak called the "Good Golly Miss Molly," named after Molly Schuyler, who ate the beast – 22.5 pounds for those not great at math conversions – in just an hour and a half. Feel free to try to beat her mark, though you'll probably be more cow than human by the end of it.

The Full Irish Breakfast at the outstandingly authentic County Clare would be intimidating in its own right just from all the food it comes with, from eggs to bangers, rashers, bread, hash browns and more. But it especially inspires culinary cowardice thanks to the inclusion of both black and white pudding.

White pudding is pretty standard – a sausage patty comprised typically of meat, fat, bread, suet and oatmeal – but black pudding is where things take a turn, taking the same recipe ... and then adding blood. It's very traditional eats in the U.K., but for many diners on this side of the pond, they'll probably think it's more native to Transylvania.

It may be a local legend – and mighty delicious – but there's no denying the terror of seeing your first Solly's burger arrive in front of you, just sitting there in a literal pond of melted butter. Doctors note it's one of the rare moments where you can feel your stomach and your heart cry at the same time – though probably for different reasons. But hey, it is delicious, so forget doctors for now. And why not add a classic chocolate malt while you're there too? If you're going to get heart palpitations, might as well have all of them!

This may not exactly be a Milwaukee dish, but it needs to be added simply because – put as politely as possible – durian smells like farts. It's a big, spiky fruit native to Southeast Asia that smells like a garbage can of nightmares after a torrential downpour that then marinated in the heat for maximum nose murder.

Apparently, once you get past the nose-numbing odor, the actual fruit itself is quite tasty, so find it at Pacific Produce and give it a try for yourself. Just maybe cut it open outdoors.

What could be more terrifying to your heart values than a cheeseburger literally swimming in a baby pool of butter and grease? How about FIFTEEN burgers stacked between a bun?

Those were the stakes with Safe House's Mission Impossible OOMG Challenge, originated at its Chicago location before it was briefly introduced in January last year at Milwaukee's iconic spy-themed restaurant. The feast features a 15-story burger beast that at first we weren't convinced wasn't just a Photoshop prank. But no, it's real – and it's terrifying. And that's BEFORE we found out that you also have to knock back a pound of cheese curds and 60 ounces of amber lager, all in an hour if you want the feast for free. (It's $50 otherwise.)

The Mission Impossible OOMG Challenge was so imposing that even Tom Cruise wouldn't even risk it – though this guy did! It did not end well. But hey, maybe it'll make a return someday (the Chicago location is temporarily closed) and second time will be the charm for him. 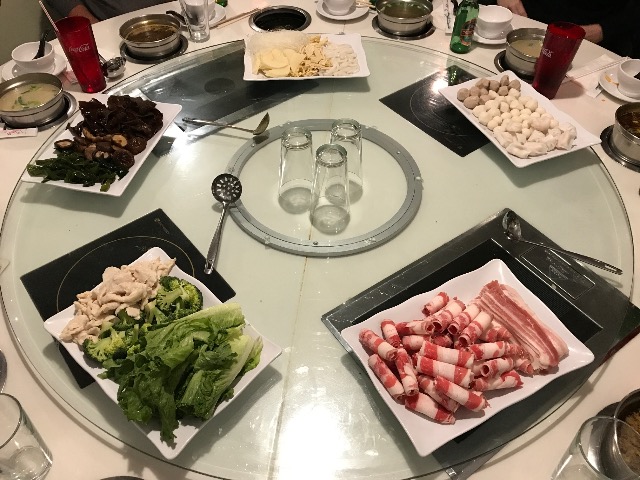 For newcomers, it can be a lot to take in when headed to hot pot at Huan Xi, from discovering your table is filled with small self-operated burners to merely understanding the process of hot pot (essentially fondue but with broth rather than cheese). And that's all before you look at the menu, which is a list of seemingly all of creation for your dipping pleasure – and all parts of all of creation, including various tripes and even that dreaded black pudding component: BLOOD!

For those cautious about exploring different culinary customs, Huan Xi can maybe feel like a lot to process. But as we learned during a Burning Through Brew City visit, take the trip, embrace a wonderful dining experience and then croon some karaoke afterwards. (At least when we return to normal times; unfortunately Huan Xi's dine-in space is temporarily closed, but you can and should still order takeout!)

Liver and onions has been a classic dinner table dread for generations. Even those who like liver and onions have had to suppress memories of the dish overcooked into oblivion – because if you're going to digest a digestive organ, it might as well be cooked tolerably. And also it's liver.

So whether you're a veteran who's learned to live with liver and onions, or a young whippersnapper who's just weirded out by eating the organ, people of all ages can agree that this is one plate that'll have your stomach puckered at least a bit. (But hey, at Alioto's, at least they cook it all with butter and bacon – and you know what they say about bacon!) 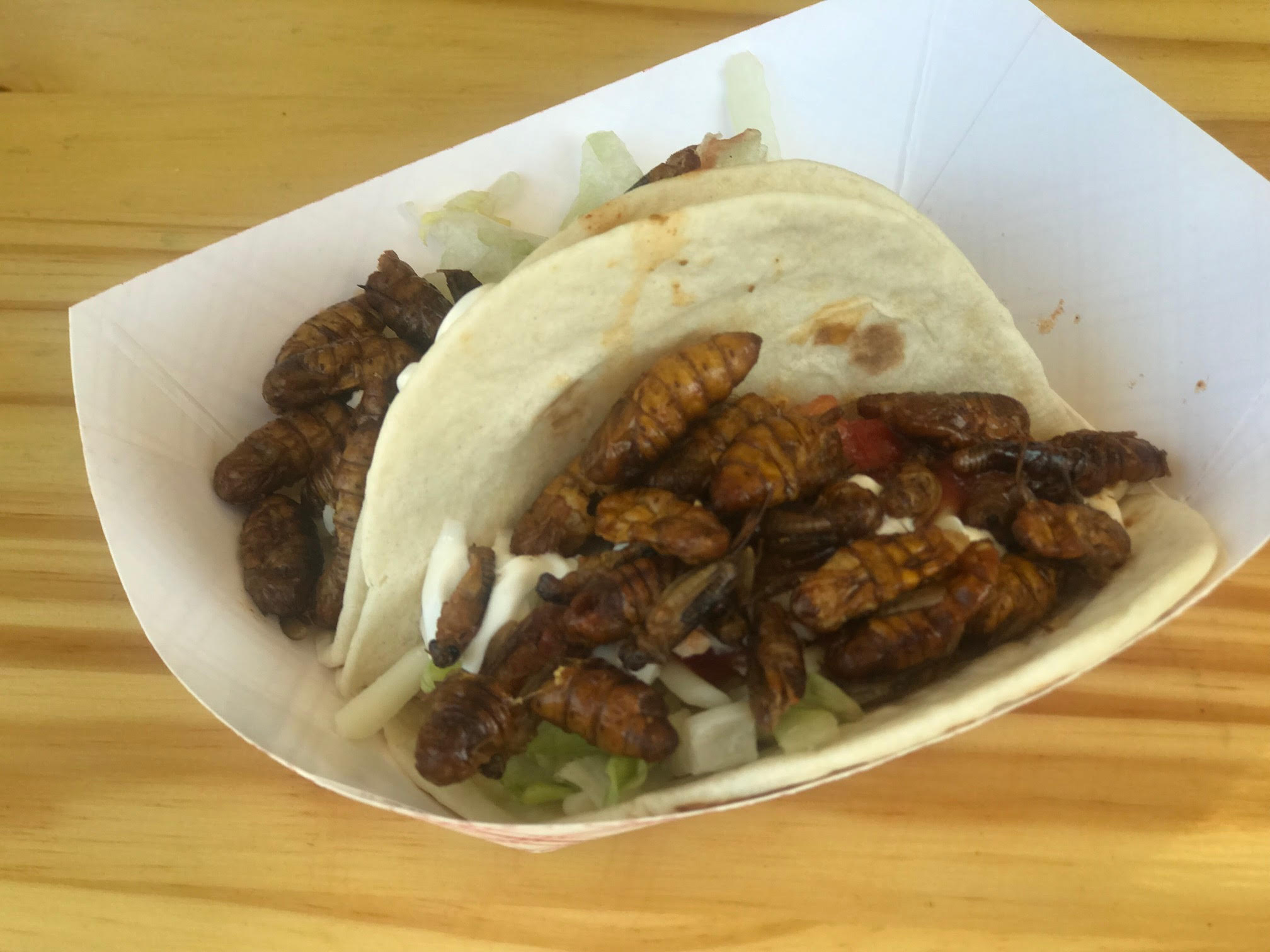 Most people don't even want to be in the same room as a bug, much less put them into their body. But that's exactly what's happened recent summers at the Wisconsin State Fair, where the brave folks at Exotic Meat Grill topped their tacos with lettuce, sour cream, salsa ... and these chirpy little critters. Molly Snyder tried these tacos once and gave them the rave review of "edible!"

Maybe you'd be better off sampling crickets in a beer, which was exactly Water Street Brewery's thinking when it made a special chocolate stout four years ago with cricket flour. Because what better way to sneak a bug into your diet than with a tasty, frothy brew? Unfortunately, Water Street stopped brewing the special beer, but we'll keep this all in mind for when the global food supply dwindles to nothing and we need to start subsisting on these crunchy critters.

Unless you're a vegetarian, there's nothing to be scared of when it comes to an impeccable slab of meat like a Japanese Waygu "A-5" filet mignon – and even if you are a vegetarian, this dream cut (fittingly found at Carnevor) might just flip you into a carnivore for a night. The nightmares will come, however, when you see your check and see the 6 oz. steak alone just cost you $168. My bank account just trembled in fear and needs a hug.

Luckily, if you're watching your wallet, you could also pinch a few pennies and try the 24-ounce dry-aged bone-in ribeye, which is just a mere $95. Look at those savings! 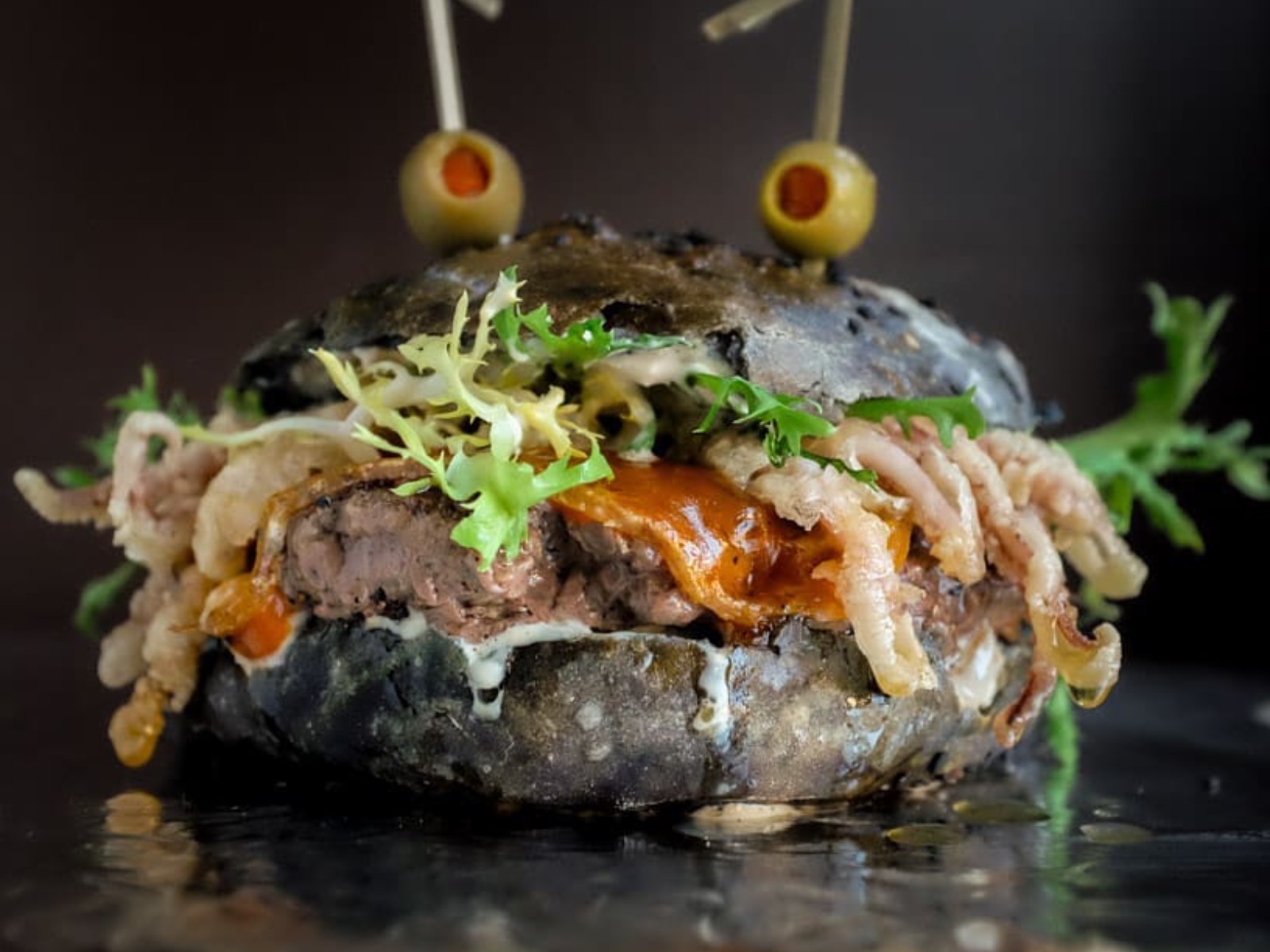 Meet the first burger ever made that might just bite back. In honor of the spooky season, the Riverwest restaurant made this culinary critter last year: the Eldritch Horror Burger, a six-ounce beef patty topped with frisee, blue cheese, Company butter, specical sauce and fried squid tentacles for an extra food phobia, all between a midnight black bun complete with two olives for eyes. Because there's nothing soul-rattling about a dish that can make eye contact, nope!

Unfortunately this scary burger returned to hell this Halloween season – but Company Brewing still kept up its creepy burger theme with the unsettlingly named "Murder Burger" introduced for the holiday weekend. The new item features fried cheese curds, marinara sauce and a housemade aoili. Man, that's one murder case that doesn't sound like a crime at all – might have to kill one of those myself.