After 37 years, music visionary and creative activist Kevin Stalheim will step down as artistic director from the barrier-breaking, world-renowned Present Music to focus on other things. Like family. And friends. And something called marathon canoe-ing.

Kevin Stalheim is a lifelong metro-Milwaukeean who has studied and performed music around the world. He started playing the trumpet as a kid, later received an advanced degree in conducting and in the 1980s started Present Music.

Since its inception, Present Music has been recognized internationally for commissioning new work from contemporary, under-celebrated composers and barrier-breaking concerts.

Next month, after 37 years, Stalheim will conduct his final show, called StalheimTime Finale, and will then pass the artistic director torches to longtime Present Music violinist Eric Segnitz and David Bloom, a conductor from New York.

The June 1 performance completely engages Stalheim's mind for now, but afterwards, he looks forward to thinking and moving in fresh directions.

"I'm a music freak, but I’m also an environment freak, a nature freak and a 'we-are-the-world-and-people-really-need-to-get-along' freak," says Stalheim during a recent interview at Rochambo Coffee & Tea House on Brady Street.

During the coffeeshop conversation, Stalheim also expounded on the early and final days of Present Music, his plans for the future and – among other topics – something called marathon canoe-ing. But more on that later.

OnMilwaukee: Have you lived in the Milwaukee area your entire life?

Kevin Stalheim: Other than college, yes. I was born at "the old" St. Mary’s on the East Side and I grew up in Menomonee Falls. My mom was a principal in a city school and my father and grandfather had a beauty supplies business on North Avenue. At 50, my dad went back to college and became a social worker. My parents interacted so respectfully and naturally with everyone they came in contact with and this had a tremendous impact on me. Later I went to Oberlin Conservatory of Music in Ohio and then back to UWM for grad school.

What did you study in college?

Originally, I studied trumpet, which I started playing when I was 11. Then I got my masters in conducting.

So were you the kid whose parents didn't have to nag to practice his instrument?

Something like that. I was very into swimming, about as serious as you can get about swimming and still be a kid. I don’t think that was a good thing, but that's how it was, and I burned out on it. So I picked up the trumpet and I loved it, in part because it was something I could just do alone and at my leisure.

Do you still play trumpet today?

Not really. You can’t really play trumpet occasionally – you lose your embouchure. But I played for a long time. I freelanced with the Milwaukee Symphony Orchestra and the (Milwaukee) Ballet. I also taught trumpet to kids in every grade from kindergarten through college – as well as at Shorewood High School.

So how did you go from teaching and freelancing to starting Present Music?

In high school and college I was always questioning things and looking for something more interesting and sometimes I even found myself to be bored. So, along with the other things I was doing, I started organizing musicians for concerts around 1983. We called ourselves the Milwaukee Music Ensemble - which is the most generic name in the world, but we didn't want to be defined at that point. We did the music of old classical dead European composers.

I really wanted to pay the musicians – as well as myself – so I started researching and writing grants. And it worked. In 1989 we formed Present Music. It was very organic. It came from nothing.

Yes. There were four or five in the country and now there are 20 in New York City alone.

I took a trip to Holland and discovered a lot of new classical music. I started researching music from many other cultures. I realized I should get off my high horse and not only bring my music (modern American classical) to others, but to learn everything I could about their music too. It was life-changing for me. 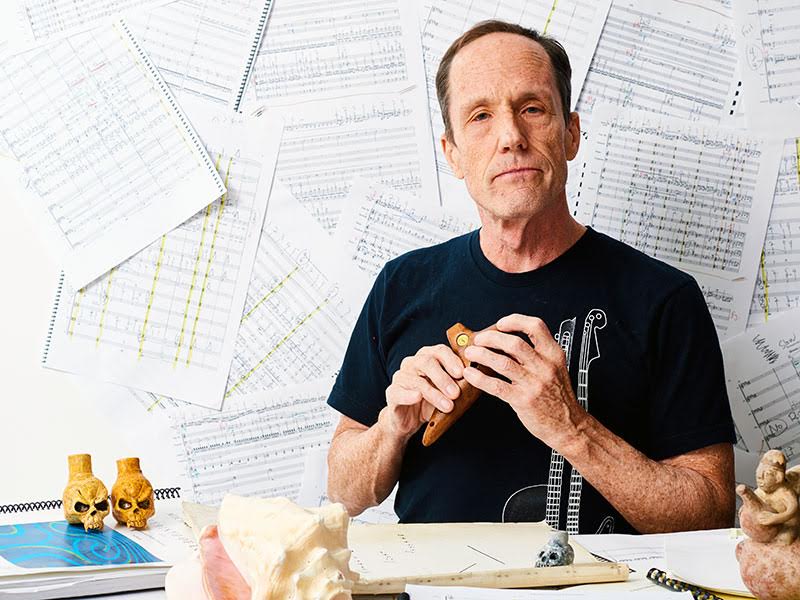 I've always wondered: When a conductor moves his or her hands, does every motion mean something?

Let me start by saying I used to think the conductor was the most important person in the orchestra. Then I thought conductors were useless. And now I think neither or both.

Mostly, as a conductor, you’re keeping time. After that, there’s a million things you can do that are more subtle. The conductor is the only one who hears the music as a whole and from such close range so it’s our role to create the balance. For example, if the trombone is overshadowing the clarinet, I can correct that. And the conductor ends up being the one who makes a lot of musical decision. That said, I really encourage musicians to make suggestions and then we try them out. That’s a really fun part of conducting for me.

Why are you retiring?

Thirty-seven years is a substantial amount of time to do something, and no matter how much you love it, there are moments that start to be less enjoyable. I love the research. I love the imagination aspect. Coming up with programming is my obsession and then there’s the joy of the actual concerts themselves. But there’s a lot of fundraising, scheduling and administrative work, too. And I can’t complain because over time I kept getting more and more help, but these parts of the job aren’t where I want to spend my energy anymore.

Plus, I have all sorts of interests beyond music.

Yeah. I did one race in the Yukon that was 485 miles long and took 72 hours with two mandatory breaks. I slept only five hours the whole time. I entered an interesting state. I hallucinated. It was wild. I did another one in Michigan that was 18 hours of non-stop paddling. But there are competitions that are a lot shorter, like 2-3 hours.

I also just started studying algebra. When I was in high school, I was good at math during my freshman and sophomore year, but by the time I was a junior, I became obsessed with music and I thought anything that got in my way of music was a waste of my time.

How’s algebra going for you now?

Slow. Really slow. I know it’s completely "useless," but it engages my mind and my imagination in a different way than music. It’s the opposite of music: it’s right or it’s wrong. I come to all sorts of road blocks, but I can work through them and it feels really cool.

I also want to spend more quality time with friends and family. I don’t have kids, but I love kids. I’m really good at being an uncle, like a lot of uncles are.

What are your proudest moments from over the years of Present Music?

In broad terms, I feel super proud that we have been pioneers and influential to a lot of people and organizations in and outside of Milwaukee. We’ve influenced others that they can do it too and helped them realize it isn't as risky as they thought to support living composers and new music.

Through the years with Present Music, I've been able to say to myself, "I want to find composers from these cultures and put them together in a concert and make a powerful statement of how we can work toward being together." Like pairing a Jewish composer with a Muslim composer, or bringing composers from Iran or Afghanistan to America. I love showing Milwaukee – and the world – that these composers don’t think the ways their leaders think. They all get along together because music is powerful. It’s a universal language. I’m proud of of bringing all of those people together and getting to be a part of it myself. 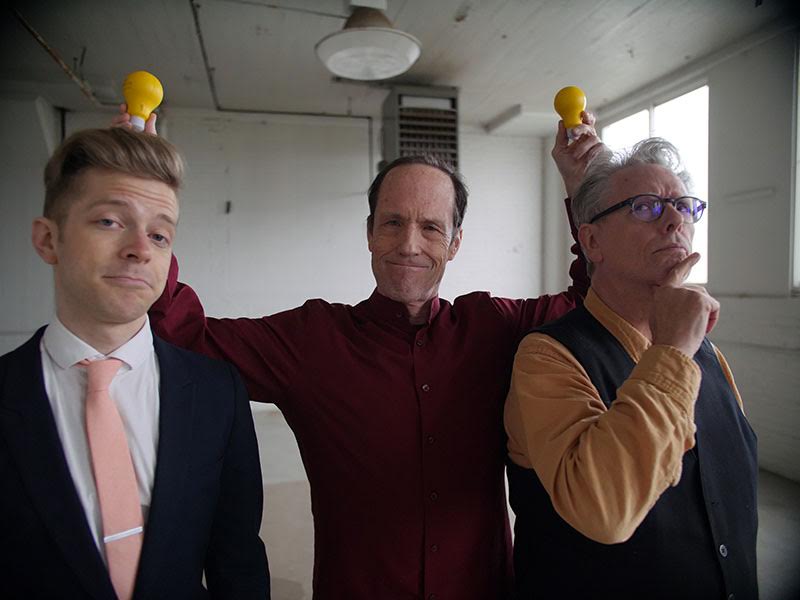 Classical music is the most conservative art form hands down, and maybe 30 years ago it was justifiable to see only one woman composer because there were so few, but now there are thousands and it’s completely unjustifiable to leave out women composers.

Who were your inspirations or mentors?

My high school band director at Menomonee Falls East, Ray Janusiak, not only encouraged me and recognized my potential, but he led me into worlds of classical music that weren't typical for high school bands. We went to the Chicago symphony and he had us writing music - that’s very unusual in high school.

Not only people, but places and situations inspired me greatly. I went to Interlochen Arts Camp in Michigan for music and it had a major influence on me. I got to be in a place of nature – remember I’m a nature freak – and be with people from around the world working towards one common goal. That was my cup of tea.

Oberlin College really taught me how music related to the world as did a summer job I had with the American Wind Symphony in Pittsburgh.

Some people associate a "snobbiness" with classical music. Can you address that?

Well there certainly can be. I became a snob about music for a while in high school, but my friends quickly "de-snobbed" me by showing me (non-classical) great musicians like Jimi Hendrix and Bob Dylan. And I think it’s less snobby than it was. For me, it’s about sharing what I love, not separating myself from others because of what I love. But it’s like anything else – sports and so on – some people get a kick out of thinking their interests are because they’re smarter or more talented or more educated than others. And that’s snobbism in a nutshell.

Are you satisfied with the state of new classical music today?

Well, things are changing and that’s good. The change is way too slow for my taste, but to be positive, I see they are changing. When we started, there were very few groups doing what Present Music does and now there are a lot. But if you ask me, there should be more.

To find out more about Stalheim's final performance, go here.