Last month, Tarik Moody, who serves as the digital director and music host for 88Nine Radio Milwaukee, celebrated 10 years at the station and as a Milwaukeean. On Feb. 17, he'll mark the decade with a variety of bands and DJs at Company Brewing.

Last month, Tarik Moody, who serves as the digital director and music host for 88Nine Radio Milwaukee, celebrated 10 years at the station.

"It features artists that have made an impact on me," says Moody. "I want to show my appreciation to everyone who helped make Milwaukee a home."

OnMilwaukee: When did you move to Milwaukee, from where and why?

Tarik Moody: I moved to Milwaukee in January 2007 from Minneapolis. I spent nine years in Minneapolis practicing architecture and I also had a radio show on The Current. 88Nine Radio Milwaukee recruited me as a digital manager and evening music host.

How has your job evolved?

My evening music host position hasn’t really changed that much other than the time slot. As far as digital manager, I used to do everything in the beginning. I was a department of one. Now, I’m the digital director and I have a team to help me out.

What were your preconceived notions of Milwaukee before you moved here?

To be honest, I didn’t have any preconceived notions of Milwaukee. I had only driven through it on the way from Minneapolis to Detroit.

What were your first impressions of Milwaukee?

For some reason, I thought Milwaukee was more inland. The lakefront blew me away and it still does. I was really surprised how the city had very strong neighborhoods.

How has Milwaukee changed since you've moved here, for better and worse?

There has been a lot of development in the neighborhoods like Walker’s Point. I love the upcoming development that is happening in Bronzeville. I think the arts and music scene in Milwaukee is much stronger and diverse now. However, the city seems more divided on issues like race and politics.

What do you love about 88Nine?

I love my co-workers and the impact we have on Milwaukee. I also love all the friends I have made in the past 10 years.

I will continue being a champion of the Milwaukee music scene and I would like to see us in the future embrace all of Wisconsin music.

Where did you grow up, go to college and so on?

I was born in Louisville, Kentucky and I lived in Houston, Charleston, Birmingham, but I spent most of my life growing up in Atlanta. I graduated from Howard University School of Architecture (Washington, D.C.) in 1996.

Prior to 88Nine, I worked as design manager at Northwest Airlines in Detroit and Minneapolis. I also practiced architecture at RSP Architect in Minneapolis, where we worked on commercial projects like restaurants and had a radio show on The Current called Rhythm Lab Radio, which I still produce on 88Nine. 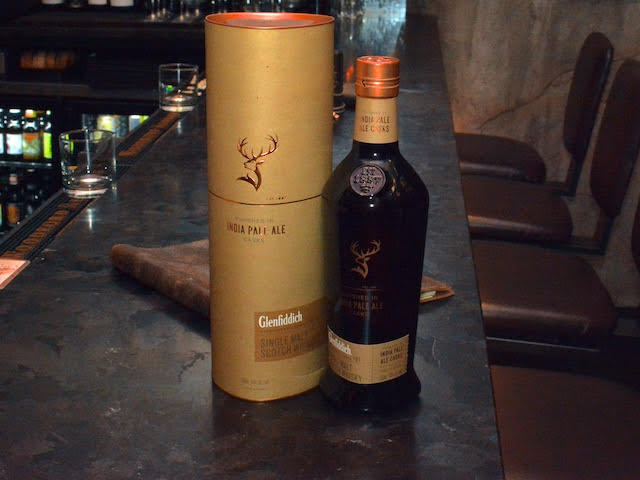 Your friends and Facebook friends know that you enjoy food. What are some of your favorite restaurants in the city?

Are you formally trained in cooking?

No, I’m not formally trained. I learned to cook from my parents and grandmother. I started cooking at the age of 7. I love cooking soul food and Korean dishes – my goddaughter is Korean.

What do you like to do in your free time, aside from cooking?

I love reading cookbooks. I started reading comics again. You can sometimes catch me DJing out at bars. I used to play piano and guitar when I was younger, but I don’t anymore. I do have some production gear in my house that is collecting dust.

What do you think of the Milwaukee music scene in general? How has it changed over the years?

There is a lot of talent in the scene and I believe that the rest of the country is going to get to hear it very soon. I see more and more collaboration between different artists from various genres now.

What are your plans / hopes for the future?

I’ve been throwing around an idea of opening a sake brewery / izakaya place when I turn 50, but it is just a dream for now. It would serve small plates combining my love of soul food, Korean and Japanese cuisine. I do have an idea for a music festival I want to put on in the city in the future.

What side of town do you live on?

I have lived in Riverwest since I moved here from Minneapolis. I have a cat named Marshall.

Are you recognized on the street when you’re out and about and how do you like or dislike local celebrity status?

Sometimes. I’m still not used to it. It feels weird, because I’m an introvert and a geek. So I might come off rude, but I’m not.