A little more than a year after the official groundbreaking for the renovation to transform a hulking old Pabst Brewing Co. distribution building into the sparkling new home of Milwaukee Brewing Co., brewery founder Jim McCabe says the expanded brewery and taproom is nearly ready to open.

A little more than a year after the official groundbreaking for the renovation to transform a hulking old Pabst Brewing Co. distribution building into the sparkling new home of Milwaukee Brewing Co., brewery founder Jim McCabe says the expanded brewery and taproom is nearly ready to open.

Drive past today and you'll see that the sign is up and crews are working at fever pitch to ready the exterior spaces.

McCabe says he hopes to soft open the taproom in time for the 115th anniversary celebrations for Harley-Davidson, slated for Aug. 29-Sept. 2. Then, he says, the place – which also includes a restaurant called Glass + Griddle – will open to the public officially.

There is no specific date yet, though, as McCabe points out that it "is dependent on a lot of technical and construction things for the full brewery experience," but promises, "it's getting close." 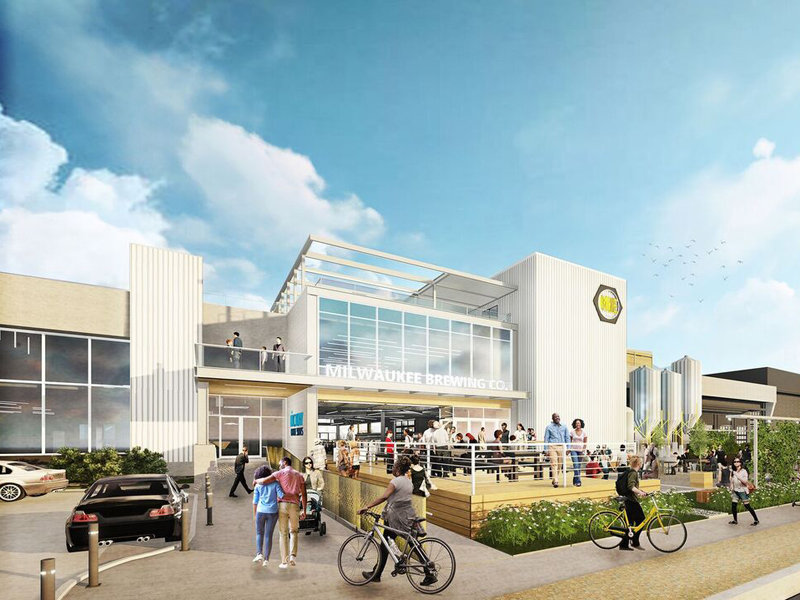 You can read more about the plan here, see a progress report from last March here and take a look at how the place looked when Milwaukee Brewing acquired it in the summer of 2016 here.

The renovations were designed by Milwaukee's Rinka Chung Architecture.