Milwaukee jazz singer Jerry Grillo is celebrating 50 years in the entertainment world with a show at The Jazz Estate this week. We talked to him about his long career, which, he reassures, is not over.

Milwaukee jazz singer Jerry Grillo is celebrating 50 years in the entertainment world with a show at The Jazz Estate this week. We talked to him about his long career, which, he reassures, is not over.

A native of Hibbing, Minnesota, Grillo has been a fixture on the Milwaukee music scene for decades now; so long that you'd think he's a hometown boy. And, in a sense, he now is. He's so integrated into the jazz world in Brew City that it's almost hard to imagine it without him.

Grillo, who has collaborated with a wide range of area musicians, celebrates a half century-long career with a performance Wednesday, Sept. 12 at The Jazz Estate. The show runs from 8 until 11 p.m. and includes performances by many great Milwaukee musicians.

OnMilwaukee: How can it be 50 years when you’re only 29? Does it make your head spin a little to think about how long you’ve been singing?

Jerry Grillo: It definitely does make all of me spin. I have always sing since I was a child, so I have been spinning for a long time. My 50th represents 50 years since I first got my actor's equity card, when starting in the musical "George M" in New Haven Connecticut on 1968. The prospect of turning 30 is daunting! That's considered old to millennials.

Take us back to growing up. You have something of a Dylan connection, don’t you?

I did grow up with Dylan ... Zimmerman at the time. His home is four blocks away. He was certainly not your "average" Hibbing guy. We had the same English teacher who influenced all of us, (in) a million-dollar high school built in 1920. All teachers had to have master's degrees. Very progressive. We had an opera class in seventh grade.

I come from a hockey family, but I was learning to figure skate instead. My oldest brother was very well-known in hockey circles and my other brother (drummer Warren) was in a rock band with a No. 1 record (The Renowns' "My Mind's Made Up") in various markets around the country in 1963. Went to college at University of Minnesota-Duluth and had my first musical lead role at the Duluth Playhouse in 1965,"The Fantastiks."

Hibbing was the Iron Ore Capital of the World; a town of immigrants. I had friends of many ethnic backgrounds. Dad worked in open pit mines for 40 years. Absolutely amazing in a town I refer to as "Camelot."

How did you get into music and singing, specifically?

I was always singing growing up, but got into actual theater in college. I was student teaching at the time in business classes in Duluth. Professionally, I count from 1968. I am not finished with this career. This only a milestone. I hardly can believe it's 50 years. I'm a perennial.

How did you end up here in Milwaukee? 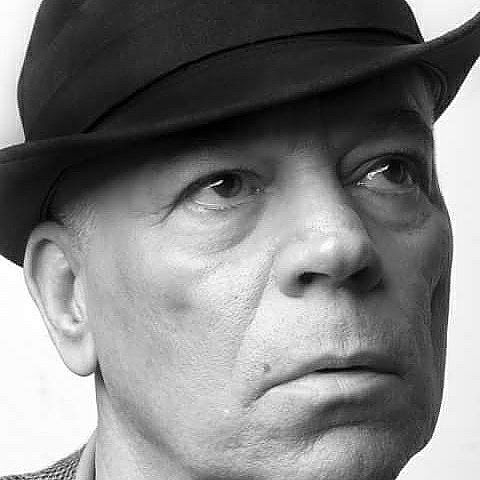 I came here with a teaching contract on 1966. I had leading roles in four musicals with the Milwaukee Players. Then went out east in summer to check out the scene, made an appearance at the Village Vanguard in 1968 with a jazz trio, auditioned for a couple of shows and realized New York was not for me at that time.

I modeled for Boston Store in 1980. Never would have taken that seriously, but again, an ego booster. I had a couple of full-page ads in the Journal. I was never really interested in being a model. I just wanted to be a singer, and I loved teaching.

I stumbled upon Jackie Allen in 1990 and studied with her for a year at The Wisconsin Conservatory of Music. She ended up producing my first album, "This Funny World," and the rest is history. I’ve released nine more albums since then with the finest musicians in the city.

Each album is a concept album. My favorite is a big band album with the Nick Contorno Orchestra, and many Sinatra charts. I was with them for 6 or 7 years, so was not clubbing that much at that time. I think the jazz community lost track of me in a way.

When the conductor passed away I returned to club appearances here, in Chicago and some in Europe. I never really wanted to leave Milwaukee, but I could have easily pursued a major career. I just wanted to be a singer on the style of Tony Bennett, which I have accomplished. My last show was at The Jazz Estate as a dedication for his 90th birthday. I am glad to have accomplished that. He is the singer I most admire.

I was encouraged to stay out there (in New York), but came back and completed 33 years of teaching, choreographed some musicals at John Marshall High School, sang in some clubs and had a cover band called Sweet Earth covering ‘60s and ‘70s tunes. The group was modeled after Tony Orlando and Dawn. We opened at MECCA, did many events and some clubs. We also went wherever Mayor (Henry) Maier wanted us to appear along with him. It was a fun time in my life.

Was it easy to work your way into the scene here?

I had to work pretty hard to break into the jazz scene here in 1992 and to be taken seriously. I rounded up the best musicians around and played in every club to earn my status as a jazz singer while recording all of those albums. Most jazz musicians do not like playing for singers. We are perfectionists.

How do you think that scene has changed over the years? Are there more opportunities for musicians here now or fewer?

There were more clubs back then, but not many singers. The scene is getting more vibrant again, and there is a great wave of new young players who are working out and about and doing very well. I won't mention any names, fearing that I might leave somebody out, but they are all very fine and it's so refreshing that this is happening.

Looking back at your career, what are the highlights for you?

The Jazz Estate appearances have been highlights of my career, and the clubs in Chicago. I debuted my first album at The Estate in 1992 and continue to do so to this day.

The highlights of my career are each of my albums, and streaming has made them more accessible to everyone. I have started writing my own songs, and those will be featured at my 50th event, as well. They are on a tribute album entitled "Songs For Angelo," which is a tribute to the years I helped manage Angelo's Piano Lounge until he passed away.

Many people know me from my years there and my Friday nights with Joe Kral. That was like having a rehearsal every week, trying out new material and making my repertoire that much larger and my singing that much better. I will never regret those years. He was a good friend.

And, I’d be remiss if I didn’t ask about the other side: disappointments, regrets.

I really don't have any regrets. There is only room for one Tony Bennett on this planet. I strive to be the best. I was either going to work hard enough to become a big star or be a well-known singer with a high level of success. I chose the latter.

I am a terrible traveler. I love being here and only a short number of blocks from my favorite place in the world: The Jazz Estate. John Dye has brought a slice of New York to Milwaukee and given me the chance to present my concept shows there.

Whenever I do a show, I have a reason or a concept. That makes them special. I choose musicians who will achieve what I am going to present. My Christmas show will be the release for my Christmas song, "Where Was Christmas?" – a song I wrote last spring. I have always wanted to write something that I felt could become a Christmas standard. That release will be in early December at The Estate.

Tell us a bit about the 50th anniversary show. What can folks expect?

My show will feature a sample of tunes that I have sung throughout my 50-year career, from show tunes, early covers, songs from my recordings and what I am doing now.

I am featuring two bands and nine musicians. Some in the first set and others in the second. I have enlisted some of the finest.

There of course will be some brief stories along the way.