The muralist behind the mural: Thomas Evans aka Detour

Meet Thomas Evans - aka Detour - the artist who painted a 62-foot mural of a man with a child on his shoulders in West Allis last week as well as a bonus mural of musician Lex Allen.

Thomas Evans – aka Detour – had one week in Milwaukee to create a 62-feet-tall mural on the Noble Senior Living facade on 74th and Greenfield Avenue in West Allis.

Evans, a full-time artist from Denver, was selected to install the mural for the city's first mural corridor dubbed West Allis Living Streets (#WALS). Thus, he flew into Milwaukee on the evening of July 1, was working by the wee hours of July 2 and finished the project the morning of July 8. He missed one day of work due to heavy rain on July 7. 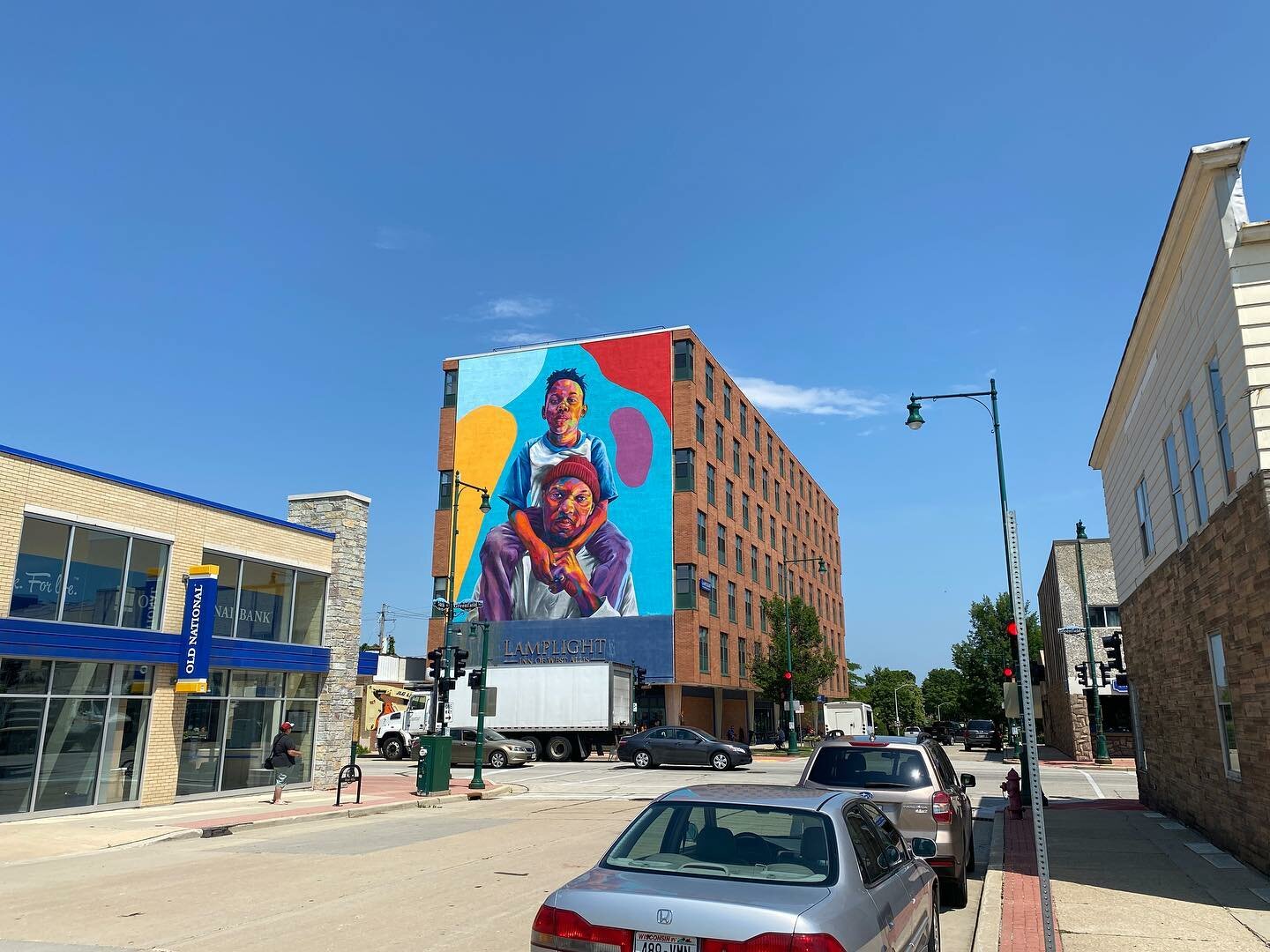 Evans was left with some time before he had to catch his plane back to Colorado, so – just for fun and free of charge – he asked to do a second mural. This resulted in a massive portrait of Milwaukee musician Lex Allen in the Black Cat Alley corridor on Milwaukee's East Side. 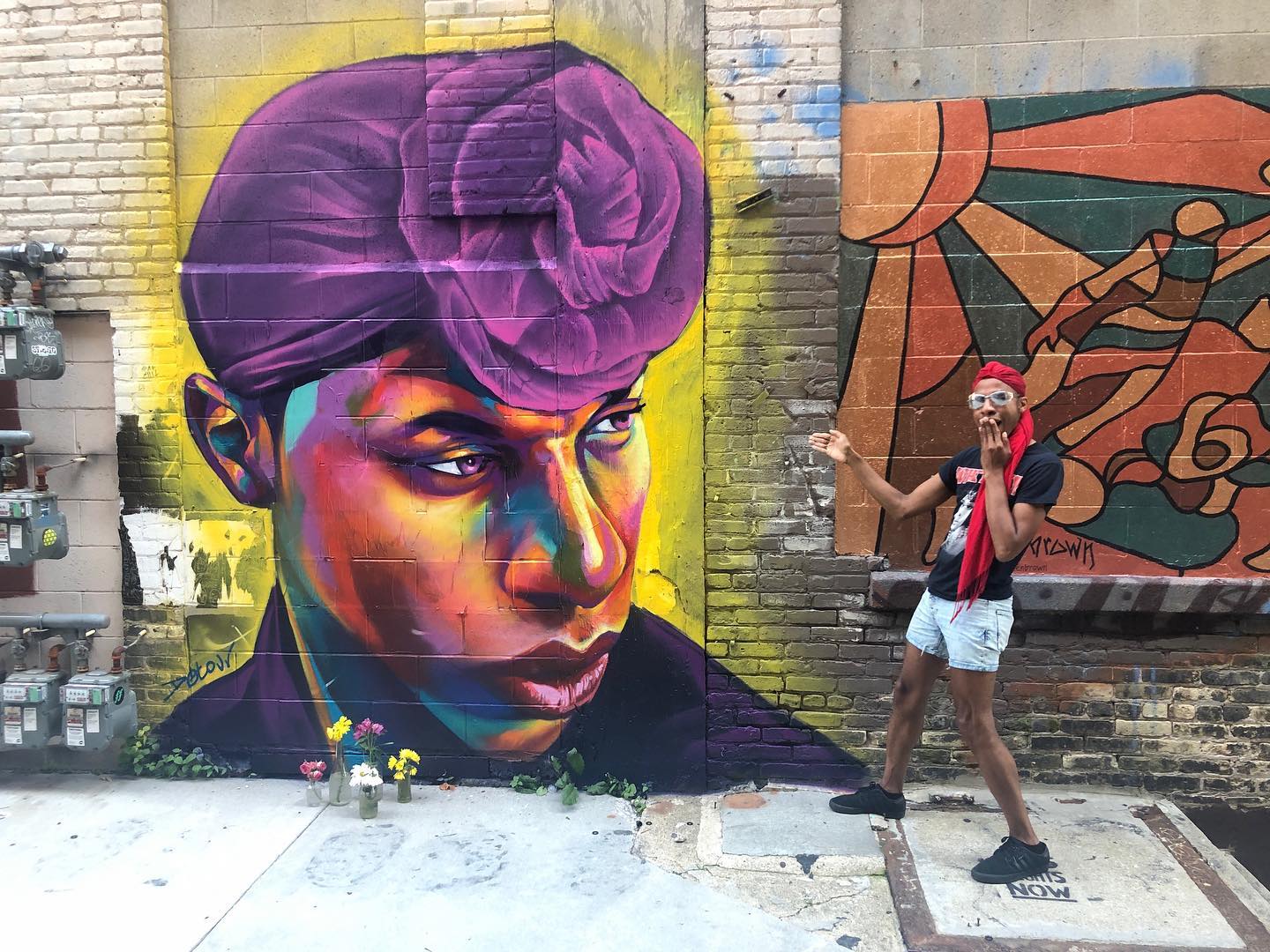 OnMilwaukee caught up with Evans and asked him more in-depth questions about his recent work, both in Wisconsin and beyond.

OnMilwaukee: What is the name of your father-and-son mural in West Allis?

Detour: I don’t title my murals, nor do I title my paintings. It has a parental theme that I wanted to capture, but it's unnamed. It's for the community.

Is the mural based on real people? Do you have a son?

I do not have a son, but the mural is loosely based on a friend and his son. I was planning out this mural around Father's Day, so I wanted to capture that feeling of when you were a kid and your parents were larger than life. I also thought a lot about kids seeing this mural, and hope it inspires them to ask their mom or dad or aunt or uncle or sister or brother if they can have a ride on their shoulders.

Is it harder to do a large-scale mural than a painting?

No, it's really not as long as I have the right equipment to be able to reach the entire wall space. It's about scaling-up the work and compartmentalizing. This was the largest mural I've done by myself to date, but I didn't find it daunting or intimidating.

It was extremely hot in Milwaukee while you were working on the mural. How did you manage the heat?

I'm used to it. It gets very hot in Denver. The key is to drink lots of water, cover up and mentally block out the heat.

Did you get to do or see anything other than what you were hired to do while in Milwaukee?

I did. I got to drive around and see a lot of different neighborhoods. And I went to Kopp's for a burger and the frozen custard I was told I had to try. I did not get any cheese curds – which was also recommended – but next time.

Are you a self-taught artist?

Yes. I have an MBA, but I did not attend art school. I've been drawing my whole life. My dad was in the military and we were always moving so art was a way for me to make friends. School helps, but you just have to do it and keep doing it and it will pay off.

Why is Denver a good fit for you as an artist?

I've been there 15-16 years and it's because the arts community is really supportive and laid back. There is no established arts culture with gatekeepers reinforcing standards. It's really open, which allows artists to do their thing and find their niche. There's room for everyone. And Denver supports street art and recognizes it builds community which is good for everyone.

Can you share a little bit about the book you just published in February?

Sure. It's called "Be the Artist: The Interactive Guide To A Lasting Art Career." It's my first book and I'm very proud of it. It's about how to be a full-time artist. I share strategies and ways to gather the resources needed to build a successful art business.

(Editor's note: Evans' book is for sale on Amazon.)

Why is public art important to have in a city?

Artists are visual historians, so public art tells the community what's really happening now. It reflects and preserves the times. And it provides a strong sense of vibrancy and character.

What action do you hope your murals inspire?

I hope the mural sparks a domino effect and more business and municipalities around the area decide to add in murals to the landscape. Murals bring in a totally different energy to an area. And it's important for teens to see these murals and decide they want to find their voice, make some creative artwork and learn that they really can be a full-time artist. Ushering in the next generation of public artists is very important to me.