Where the wild things are: Getting to know Mushroom Mike

Do you ever wonder where chefs get some of the wild (and sometimes rare) delicacies that end up on your plate? Chances are, if you're dining in Milwaukee, at least a percentage of the wild foods you're eating originated with Mike Jozwik, a professional forager most chefs affectionately refer to as "Mushroom Mike."

Do you ever wonder where chefs get some of the wild (and sometimes rare) delicacies that end up on your plate? 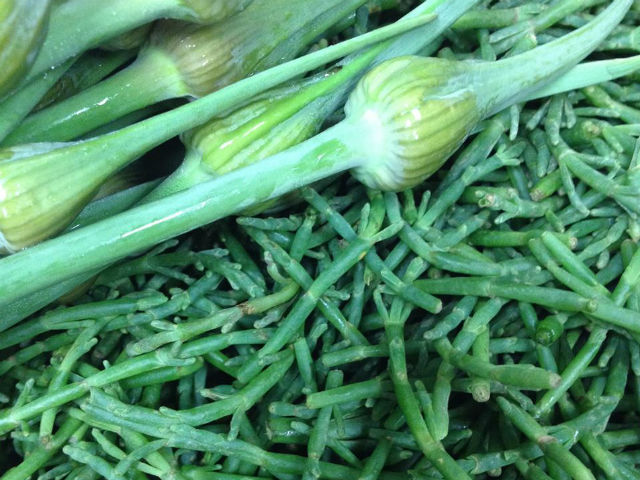 Chances are, if you’re dining in Milwaukee, at least a percentage of the wild foods you’re eating originated with Mike Jozwik, a professional forager most chefs affectionately refer to as "Mushroom Mike."

In many ways, foraging is a birthright for Jozwik, who grew up in nearby Racine. Both of his parents had an interest in fungi and were founding members of Parkside Mycological Club, a pastime that took them out and about in search of rare and delicious finds.

"They’d travel all over to pick mushrooms," Jozwik says, "And in some ways, that really became the catalyst for my interest."

It was an interest that Jozwik pursued in earnest. He spent thousands of hours in the woods identifying species with empirical scientific methodologies, took advantage of hands-on experience with industry experts and developed a love for the blood, sweat and homework involved in hunting and gathering for often evasive species.

"Foraging is really a dying art," says Jozwik. "Tom Volk out of UW-LaCrosse has one of the last biology programs in the state that really focuses on mycology. So, it’s getting to be a lost science. It’s exciting, but mildly terrifying that most people get their information off of web forums. And some of these people are appearing at chefs’ back doors and selling them mushrooms. I mean, I don’t claim to know it all, by any means; but, if you're going to sell wild foraged edibles you better feel confident in your product." 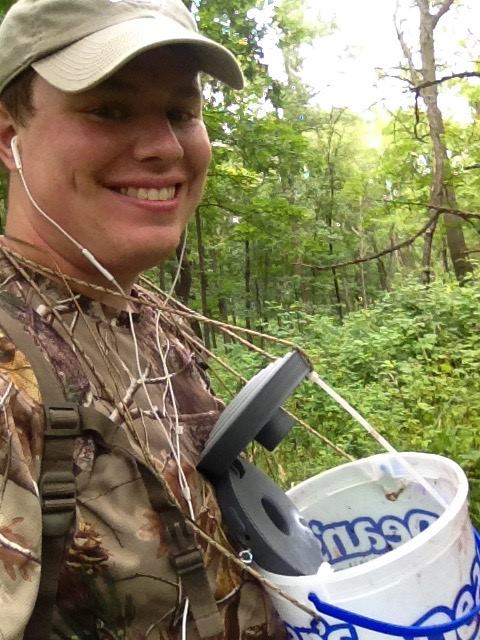 Jozwik got started by selling foraged morels while he was a Communication Arts student at UW-Madison, where he developed an interest in sustainable development. But, it wouldn’t be until a number of years later that he would establish a business in professional foraging.

First, he’d spend time traveling, to countries including Asia and South America, and then pursuing his master’s degree in natural resources and sustainable development at American University in Washington D.C.

When he moved back to Milwaukee, he began working with Hanging Gardens, an environmental consulting firm specializing in vegetated roofing, stormwater mitigation, and bioremediation.

"I still work as an independent contractor for them constructing blue roofs and agricultural green roofs," says Jozwik. "I’ve always had an interest in freshwater management, so I hoped to create a career that would connect those interests with the area of mycology."

In 2008, he took the leap. With five restaurants on his customer list -- and myriad relationships with farmers and landowners who either sold him products or allowed him to forage on their land – he established Mushroom Mike, LLC.

But, finding the product wasn’t the toughest part of the job.

"It was rough those first couple of years," recalls Jozwik. "Getting in the door as a new vendor… God help anyone who does that. I mean, it took me over two years to break into the Bartolotta’s restaurants, and that was largely thanks to the support of Miles Borghgraef, who really kept pushing for them to support me."

And yet, one by one restaurants hopped on board, ultimately eager to partake in the veritable feast of items Jozwik could deliver to their doorsteps. 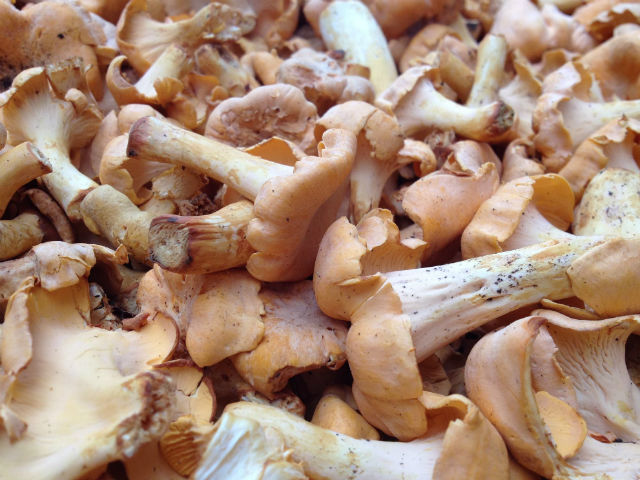 These days Jozwik has over 200 restaurants in his customer portfolio, including venues in Milwaukee, Madison and the Lakes District. Some are regular clients, and others only occasional, but they all benefit from a catalog of over 250 seasonal products that Jozwik hunts and gathers, both in Wisconsin and around the U.S.

"My entire life rotates by the seasons," says Jozwik. "I try to add between five and 10 species each season to complement what chefs are using."

Interesting Facts About Foraged Foods
And he’s always on the lookout for new items to add to the mix. Right now, he says, he’s playing around with potential edible uses for thistles.

"They’re really interesting," he says. "They have a celery-like texture and a honeydew melon aftertaste. But, they’re so tough. I haven’t figured out how to make them work yet."

Jozwik says that cattail pollen, on the other hand, makes a great flour substitute.

He’s been working with chefs like Jonathan Manyo of Morel to find uses for the flour, which is labor intensive to forage (it takes more than 200 cattails to produce a mere half-cup of pollen), but apparently tasty.

Also tasty are milkweed buds, which can be made into a delicious caper-like condiment. A bonus is, when they’re brined, they turn the salty liquid a gorgeous rosy hue.

Jozwik says he probably puts in an average of 40 hours each week traveling, sourcing and foraging. And every product is hand-inspected to ensure both quality and safety.

"I don’t sell any product I don’t eat," he says, "Or that I haven’t researched and tested." 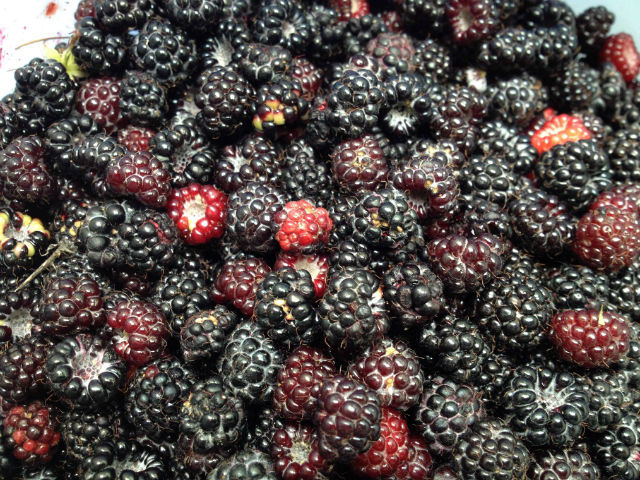 He supplements his locally foraged goods with items he gathers from locales around the U.S. – a boon for his business, especially during the winter months when foraged items are less available.

"This idea of localism and locally sourced product is now evolving," he notes. "If everything is locally sourced, where do you go from there? So, it’s about balancing the notion of local and sustainable with the notion of quality. There are so many flavor profiles that chefs just don’t have access to here, so it’s my job to hunt down amazing products and bring them back to Wisconsin."

Whether it’s bringing back birch syrup from Alaska, mushrooms from Louisiana or truffles from Oregon, Jozwik says he’s able to pass along significant savings to his customers by cutting out the middleman and eliminating shipping costs.

"I love the process of discovering new delicious flavors and beautiful products," he says. "But, the best part is watching chefs put out these incredibly creative dishes with the things I bring them."

Currently, Jozwik is working with the Wisconsin Department of Agriculture to help them update their food coding for wild foraged products. The goal is to make the list more inclusive so that chefs have more reliable information to work with and food inspectors know what to look for when they’re visiting restaurants.

He’s also pulling together plans for a warehouse space he’ll be leasing in the Walker’s Point neighborhood starting later this summer. The space will provide not only storage for foraged products he gathers, but also a production area for processing and growing rooms where he plans to cultivate a wide variety of mushrooms (12 to 20 cultivars, if all goes according to plan).

Jozwik says that once he has the space up and running he’d also like to expand his offerings for restaurants to include additional foraged goods, including greens like nettles and purslane, along with crustaceans and shellfish species, many of which aren’t available to Milwaukee chefs.