Drive past Champion Chicken and you'll likely assume it's business as usual for the longtime family restaurant. But if you step into the dining room, you'll see the beginnings of an evolution.

Drive past Champion Chicken, 8718 W. Lisbon Ave., and you'll likely assume it's business as usual for the longtime family restaurant.

The boxing chicken remains the hallmark of the restaurant's sign, which advertises frozen custard, lunches, dinners, cocktails and "carry-outs." And you're also likely to glimpse one of the iconic chicken-festooned delivery vans, which have been toting piping hot fried chicken or pizza to eager diners across town since 1959. 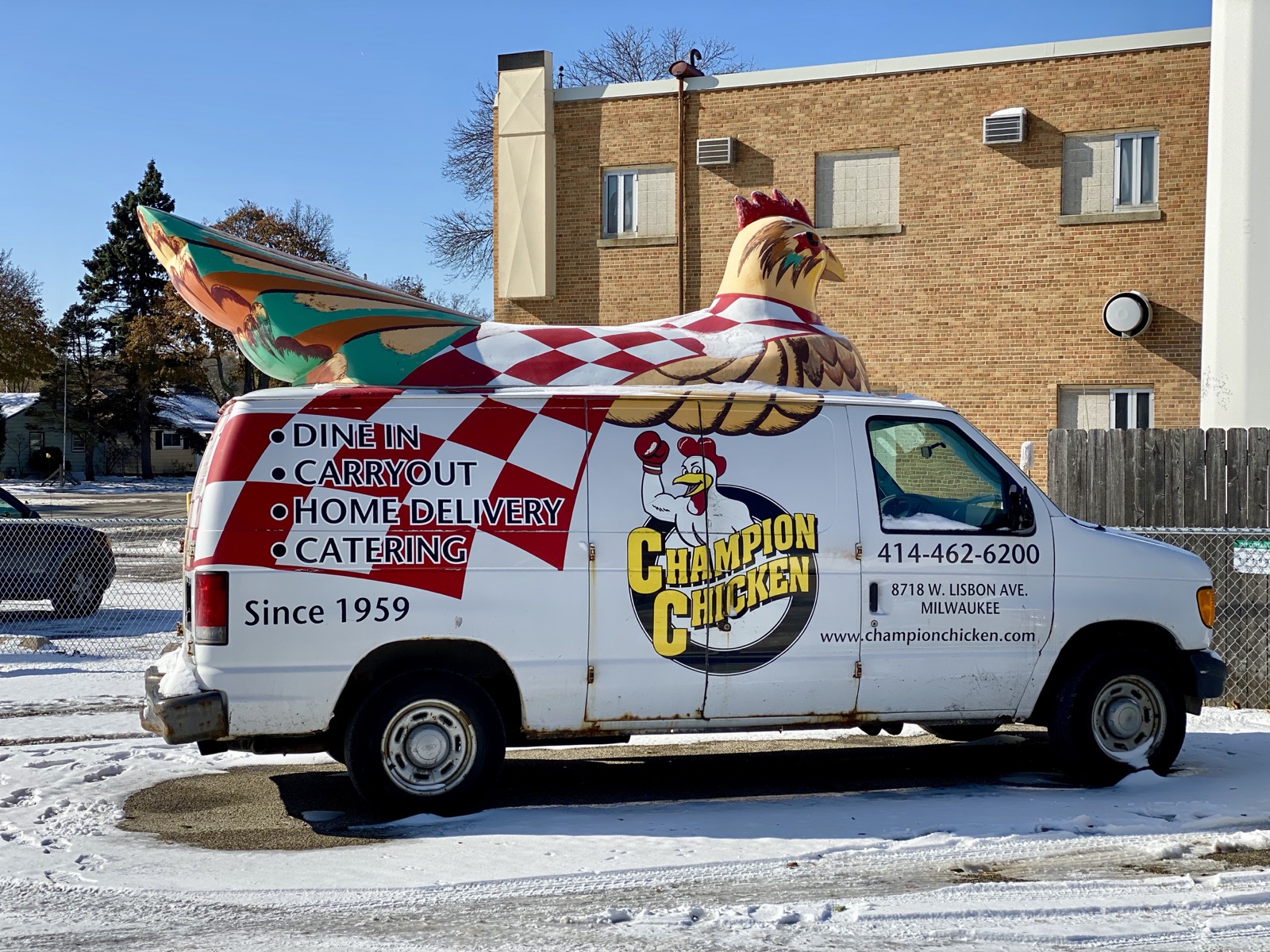 But if you step into the dining room, you'll see the beginnings of an evolution.

There are still familiar elements, like the dark rustic paneling and coordinating tables and booths. But there is also a taste of something new. The atmosphere is cleaner and brighter. Grimy sticky wooden tables have been replaced. Dingy carpeting has been swapped out for grey wood-look vinyl flooring, and ceiling fixtures have been refreshed, creating a notably more lucent, welcoming environment. 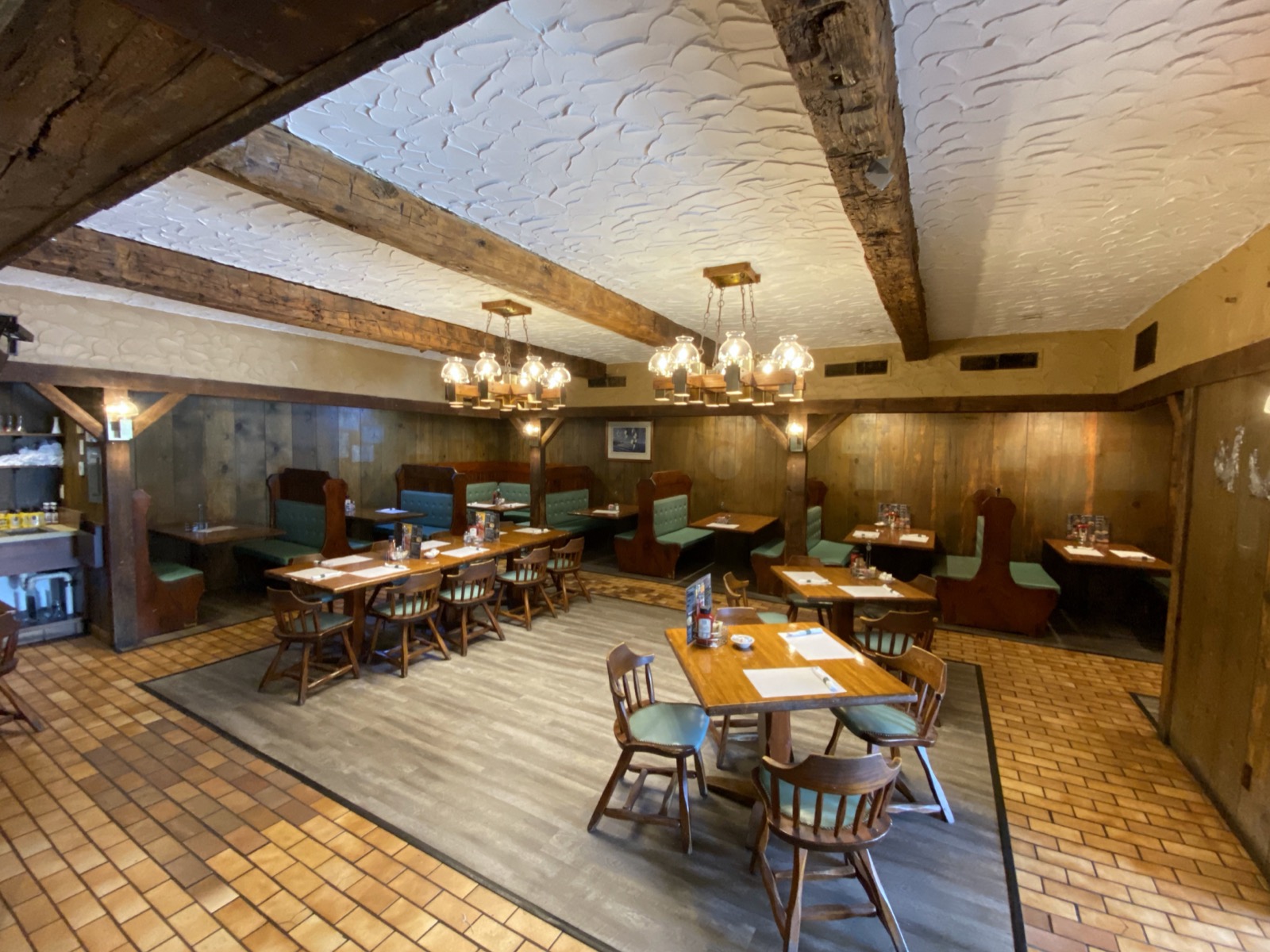 But these upgrades are just the beginning of the changes in store for the 60-year old restaurant, which is undergoing a revival at the hand of Ahmad Atari, an industry veteran who assumed operations of the restaurant on Aug. 1.

"This restaurant has been a fixture in this neighborhood for 60 years," Atari says, noting that its legendary fried chicken has a reputation that reaches beyond the Cream City. "There's nothing else like it. I saw real potential to re-establish both the name and the quality ... and then grow the business from there." 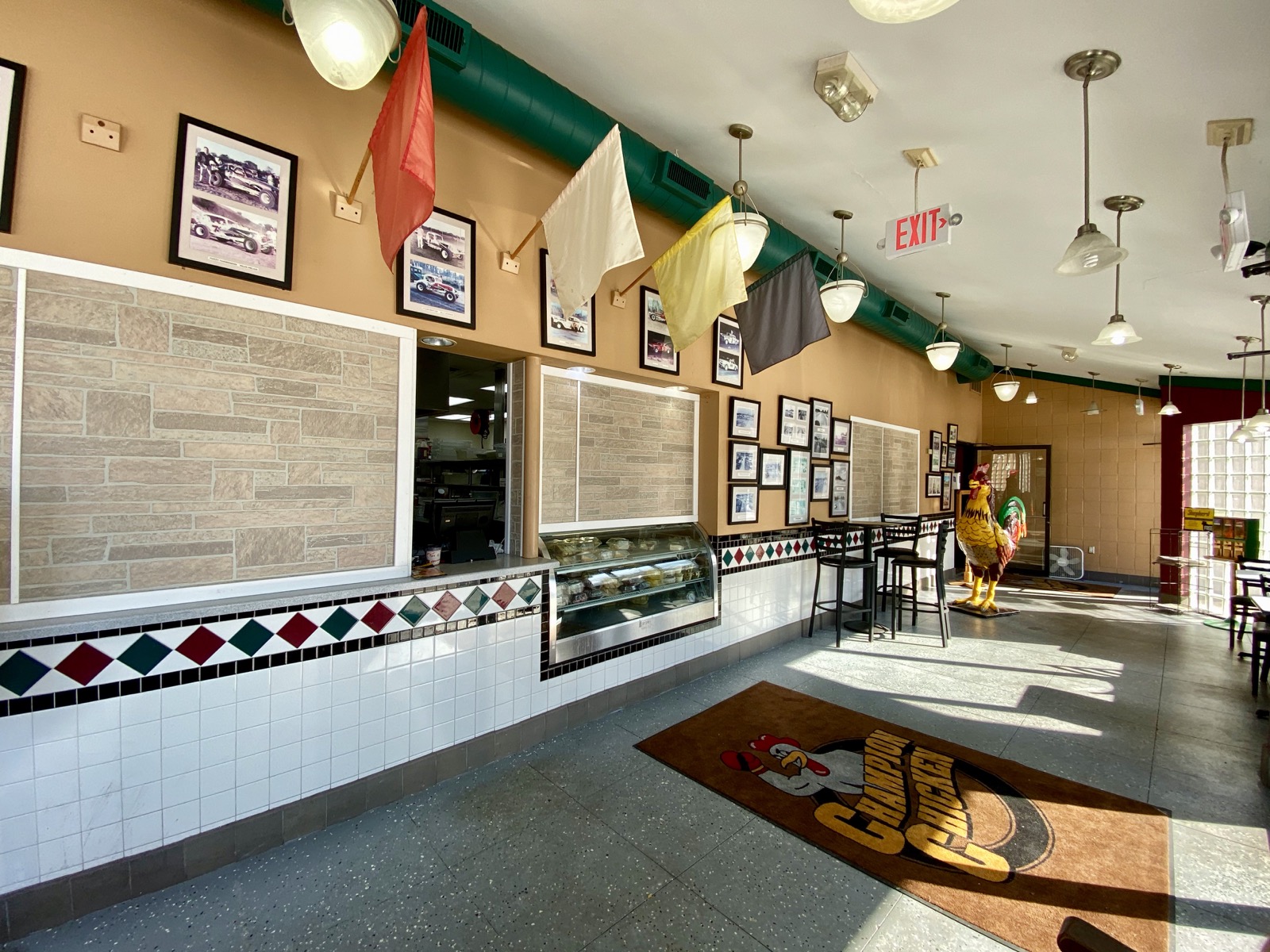 But when he took over the restaurant, which suffered after changing hands last year, it was in desperate need of a revamp (the last remodel of the restaurant occurred in 1996). Service was slow. The dining room was grimy. And food quality had slipped below customer expectations.

So Atari says he got to work. Among the first steps he took was to hire new staff, including a professional chef who assisted him in making improvements to both kitchen operations and food preparation.

"We didn’t change the fried chicken recipe," he says. "We’re still using the same proprietary blend that the restaurant has always used. And we’ve kept all the menu items that people are accustomed to. But in many cases, we’ve upgraded the ingredients."

In the case of the pizza, the upgrade is notable. Formerly baked from frozen, Champion Chicken’s pizzas are now made from scratch using fresh, hand-rolled dough and ingredients like Wisconsin cheese and locally made Italian sausage.

"We're not scrimping on ingredients," says Atari. "Our goal is to make everything taste great."

In an effort to serve a wider variety of customers, Atari says they've also added a number of menu items including tacos and gyros, plus regular food specials like a four-piece chicken dinner with coleslaw and choice of fries or mashed potatoes for $6.75 on Tuesdays and buy-one-get-one pizza specials on Mondays and Thursdays. 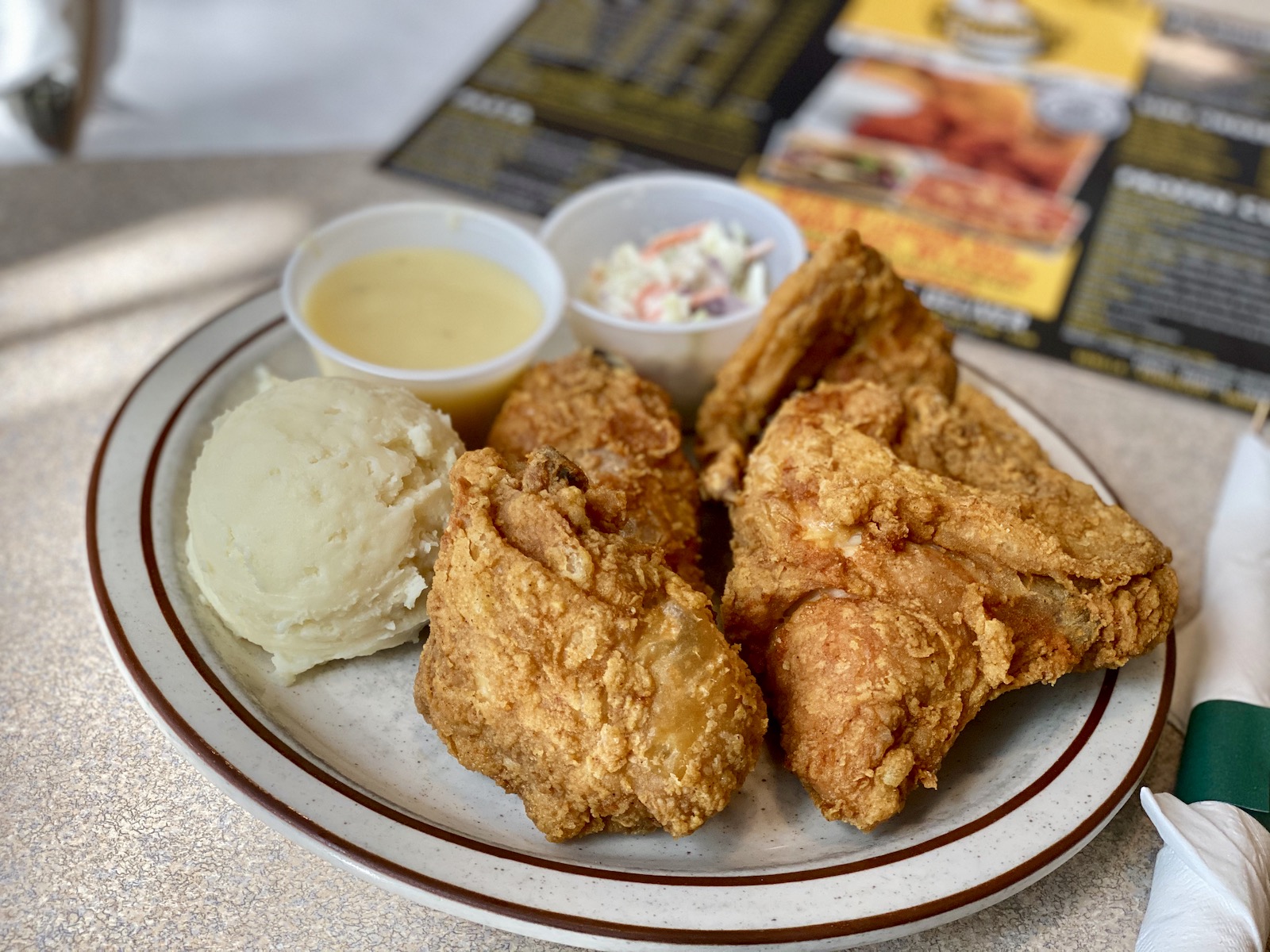 The improvements have resulted in increased business. Carry-out and delivery has quadrupled since he took over in August, and (thanks to a bit of leg work) their catering business is booming. But he says he’d love to attract more people to the full-service restaurant, which was once a thriving destination for families across the city.

As a result, Atari worked with District 5 Ald. Nikiya Dodd to secure a liquor license for the restaurant, which will begin serving a selection of beer, wine and cocktails — including a decked out bloody mary — in the weeks ahead.

"We want people to be able to stop in for a fish fry on Fridays and have a beer with their meal," says Atari, noting that his goal is to keep pricing as affordable as possible. "We’re not doing this to make a buck. But we want this to be a place where families can come and enjoy a meal together."

He adds that the restaurant has also installed multiple televisions in the dining area, along with a sports package, so neighbors can stop in and enjoy food and drinks (including $12.99 pizza specials) during Packer games.

And the former lunch counter at the front of the restaurant is next in line for an overhaul. Atari says he hopes to replace it with a more modern looking bar. 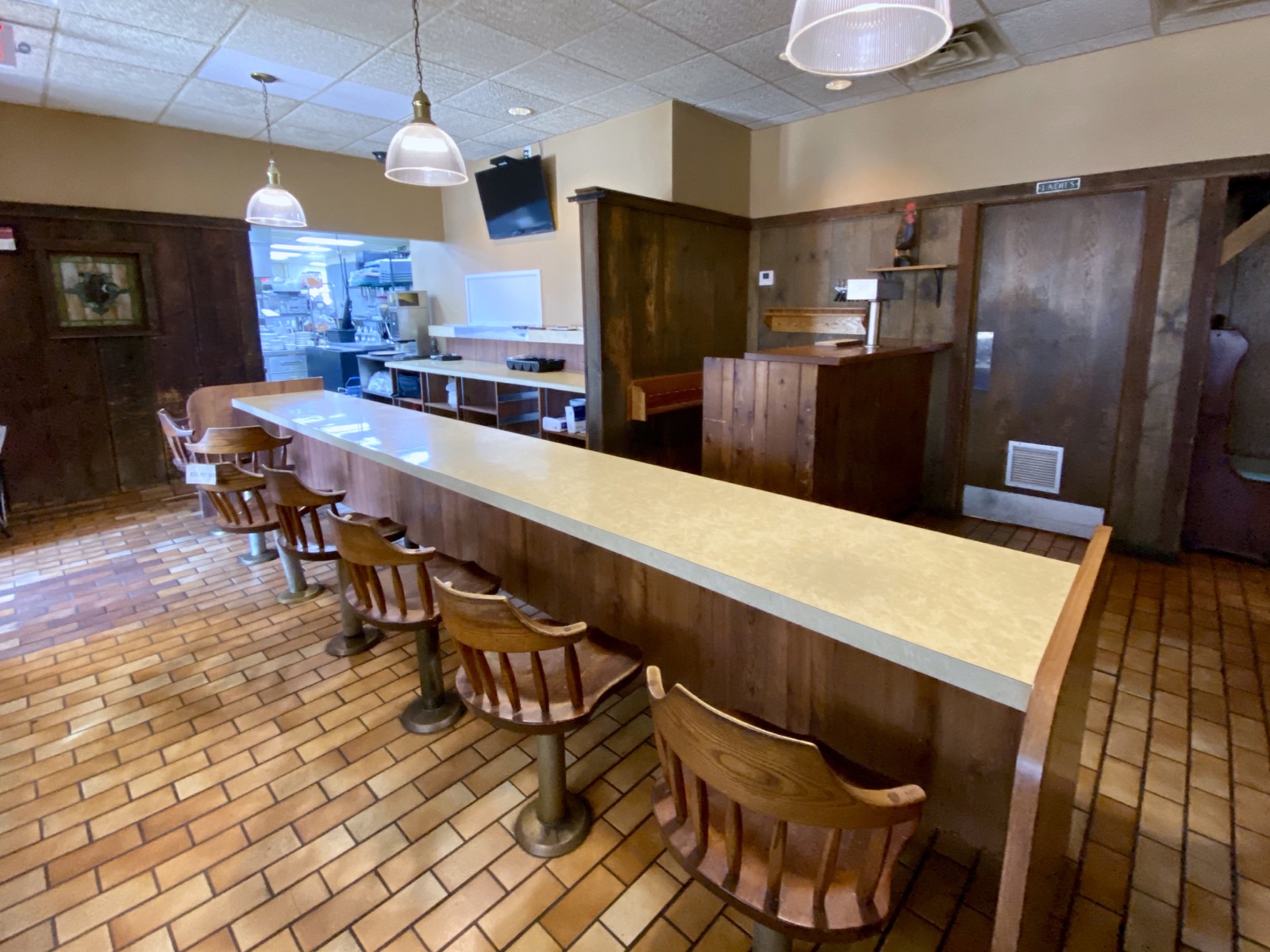 If all goes well, he says he should have enough capital to embark on additional improvements to the space, including new flooring, by next summer.

"Change is hard for people," he says as he walks me through the upgrades he’s made to the space and menu over the course of the last three months. "But I’m a family man. I have a wife and kids. And it really touches my heart to hear the stories that people have about this place. They come in. They bring their children and grandchildren, and they talk about all the memories they made here."

Atari says it’s his goal to respect and honor those memories. But he says also wants to revive the business so that it can become a beloved neighborhood spot for a new generation of customers.

"I wake up every morning and I come into work every day at 7:30," he says. "I work the fryers. I listen to what customers have to say. I want customers to be happy, and I want them to come back again and again."