Even after his death, Adolph Rosenblatt's life - and the vibrant life he captured in clay - endures in a new exhibit, "Moments & Markers: An Adolph Rosenblatt Retrospective," hosted at the Jewish Museum Milwaukee beginning Friday, June 16.

The city of Milwaukee lost more than an artist when Adolph Rosenblatt passed away of natural causes in February. It lost a teacher who taught as a professor at UWM for more than 30 years. It lost a historian, whose sculptures of daily life at common places like the Oriental Pharmacy & Lunch Counter or the balcony of the Oriental Theater captured a time, a place and a people with such vivid life that no textbook could compete. And it lost a proud local community member who would be happily welcomed in any of one of those tableaus of humanity.

"He really became a part of this community," said Molly Dubin, curator at the Jewish Museum Milwaukee and a friend of the Rosenblatt family for many years. "He was a consummate observer. I used to joke that I could never drive anywhere or walk anywhere or look out a window without seeing him somewhere across the street, walking or talking to someone or taking things in."

Even after his death, his life – and the vibrant life he captured in clay – endures in a new exhibit, "Moments & Markers: An Adolph Rosenblatt Retrospective," hosted at the Jewish Museum Milwaukee beginning Friday, June 16 and running until Aug. 27. The show spans Rosenblatt’s entire life, across several mediums – from painting to paper to bronze and, of course, clay. Since the surrounding neighborhoods and communities served so often as Rosenblatt’s inspiration, it only makes sense that they’re included in the programming for "Moments & Markers," featuring walking tours through Milwaukee’s past and present.

"His teaching style, his philosophy, the relationships which he developed – with his students, with faculty, with people in the community throughout his lifetime – just left an indelible mark," Dubin said. "Everyone has a connection. It seems as if almost every road leads to Adolph in this community." 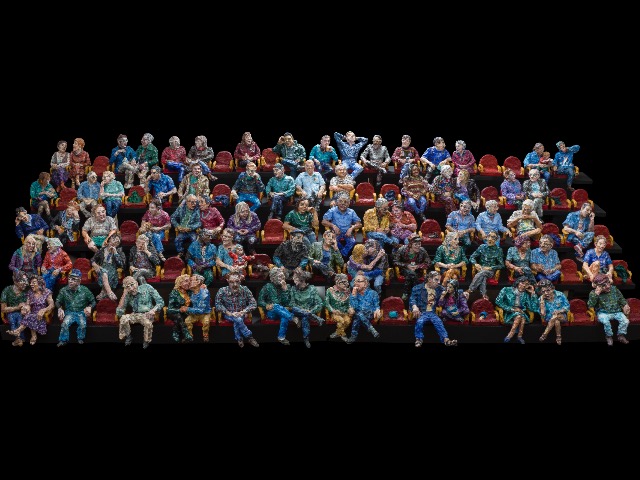 His own personal road, however, started out on the East Coast, born and raised in Connecticut before studying art under renowned painter Josef Albers at Yale and traveling to New York City amidst the flurry of expressionist, pop art and abstract art movements. According to Dubin, however, his favorite artist was from an art movement centuries in the past: Pieter Bruegel, one of the most famous painters to emerge from the Dutch and Flemish Renaissance as well as a famed chronicler of peasants and workers.

"I think (Rosenblatt) was really taken with that, really looking at the everyday," Dubin noted. "These workers in the field, there was nothing aristocratic about them, nothing of particular status or nothing ornate or exceptionally beautiful about them. It was just the everyday moment and experience – and I think that was influential to him."

In 1966, however, Rosenblatt found his way to Milwaukee – with his family in tow, all artists in their own right today – to take a professor position at UWM. There, he found his muse, attempting to depict the city’s unique physical and emotional personality – including the regular people living in inside it and "sensing and capturing their auras," Dubin recalled him often saying.

"Milwaukee is a diverse mix of culture and people and experience, and he reveled in capturing that – and in an expressionistic way," Dubin said.

To do so, Dubin explained that he would often work onsite without the help of any sketches – resulting in Rosenblatt’s children having plenty of tales of lugging clumps of clay into Milwaukee County Stadium so he could sit in the bleachers, watching the crowd as much – if not more so – than the game and communicating what he saw into the clay.

"He liked to sculpt as if he were doing a quick-draw sketch," Dubin said. "If he thought too much about it, he kind of lost that essence of what it was to just glance at someone and be able to capture that impression.

"He just so enjoyed the opportunity to celebrate the beauty of everyday moments, depicting within his sculptures the people’s humanity – both the humorous qualities and the vulnerable quirky qualities." 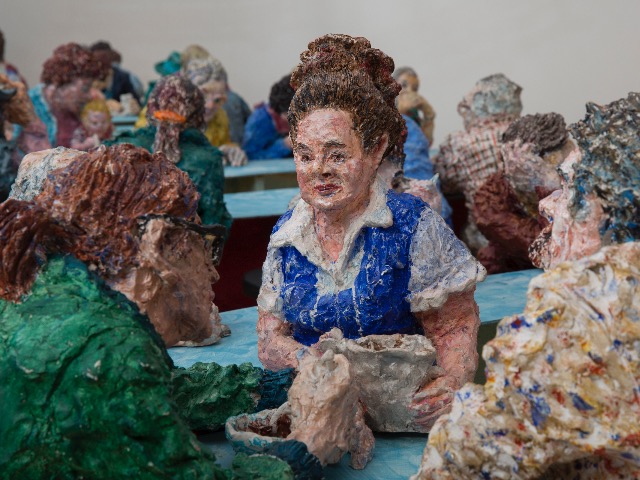 And as much as Milwaukeeans shared their lives and experiences with Rosenblatt for his art, the sculptor shared just as much with his community and his students, gathering in the very dining halls and hot spots he portrayed and inspiring others to venture into art.

"The people that have contacted us – to share a story, or a memory, or to tell us how Adolph encouraged, influenced, guided their artistic endeavors – was so overwhelming," Dubin said. "I’ve always thought his artwork was so unique and accessible, and he was someone who should be celebrated as a figure who contributed so greatly to the art landscape here in Milwaukee. We really wanted to highlight and celebrate that."

Sadly, Rosenblatt himself is no longer alive to see this celebration – one that was in the works for over a year before the artist tragically passed. But his "aura," and those he masterfully etched into clay, are still very present.

"It’s very bittersweet that he is not here to physically see this exhibit, but of course, we know he’s here in spirit, and we hope that he knows how honored and thrilled we are to be showing this retrospective and celebrating his legacy."