Carnevor rolling out snazzy menu to match its new digs

You can expect the unparalleled steaks for which Carnevor has become known; but a new menu will feature additional items, including seafood and specials, along with delectable desserts befitting a great meal.

If you’ve driven down Milwaukee Street lately, you may have noticed that there are currently two Carnevor signs hanging from the facades on two different buildings. One marks the current location of Carnevor, 724 N. Milwaukee St., which is still buzzing with business. The other marks a new location, which is set to open at the end of January.

During the next two weeks, Flux Design will be putting the finishing touches on the remodel of the new location (click for a sneak peek), which is set to open at the end of January. In the meantime, we were curious to see if SURG was planning on any revamps for the Carnevor menu.

If you’re getting nervous, you’ll be pleased to hear that the heart of the menu is staying the same.

"We recognize that we’ve been in business for 10 years for a reason," says Eric Kaye, Carnevor general manager. "We make the best steaks in the business, and that won’t change." 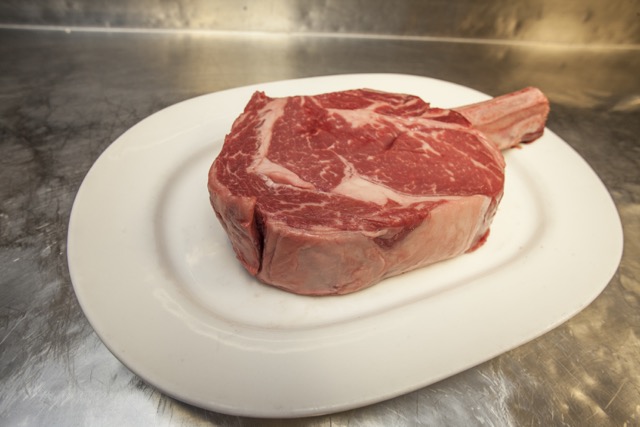 Carnevor has built a name for itself serving up well-cooked wet and dry aged prime cuts, along with both domestic and imported Wagyu beef, much of which comes from Allen Brothers, a fifth generation supplier of top-notch USDA Prime cuts of beef.

Sourcing the beef is one thing. But there’s also expertise in cooking, during which kitchen staff cooks each steak under an infrared broiler, imparting an unparalleled crisp caramelized crust on the exterior of the steak without overcooking the meat. 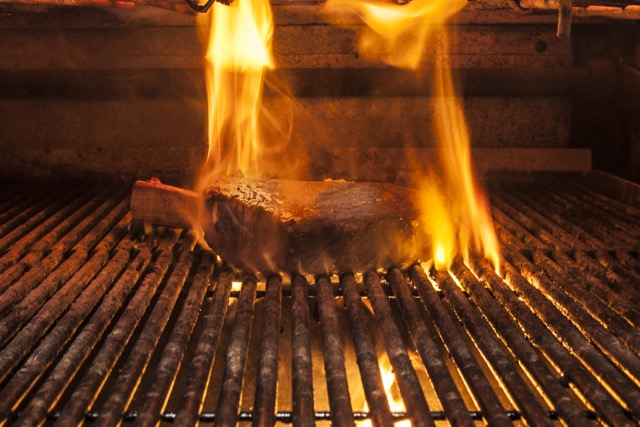 However, the new menu will also feature a selection of items from SURG’s Hidden Creek Farms, located in New London.

"We’re not trying to reinvent ourselves," says recently promoted Executive Chef Mario Giuliani. "But we’ve grown really proud of what’s being produced on our farm. In some ways, we’ll be thinking outside the box from the traditional steakhouse, using our butcher’s expertise to showcase special cuts."

Specials on the new menu will include dishes like a bone-in short-rib served with soft Italian polenta seasoned with herbs and Parmesan cheese alongside roasted root vegetables and smoked cippolini onions.

A pork belly appetizer, which the team has showcased already at the current Carnevor location, features thickly sliced pork belly cured with maple sugar and served with braised collard greens finished with vinegar and maple gastrique.

"We’re also looking to add more seafood options to the menu," says Giuliani. "There will be at least one new dish added to the menu, along with specials like an appetizer featuring langoustines." 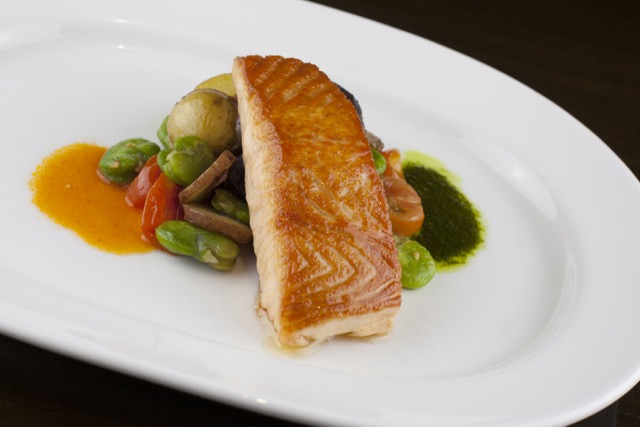 The plan, Giuliani expounds, will include at least one beef and one seafood special daily.

"We’ll keep the doughnuts and creme brulee," says Latin-Monagle, "But we’ll be introducing a new turtle flavored dessert, as well as a shareable caramel apple dessert and a chocolate trio made with Valrhona chocolate."

The chocolate trio will include white, milk and dark chocolate crémeux made with Opalys, Tanariva and Majari chocolate, combined with complementary flavors including hazelnuts, cocoa nibs and fruit.

A new shareable chocolate layer cake, which recently debuted, will feature six alternating layers of chocolate sponge and chocolate mousse, assembled like a French entremet. The dessert is decadently flavored, but light and shareable, Latin-Monagle notes, making it a perfect ending to an otherwise indulgent meal.

Overall, diners can look forward to an increasingly polished experience at the new Carnevor, says Kaye.

"Moving into the new space made us look around and ask – what can we do better?" he notes. "People like the food and ambiance, but let’s not rest on that. From a hospitality standpoint, what can we do to improve. So, we’ve been implementing some subtle changes that will work to improve diners’ experience."