Gtting good photos of the total solar eclipse will be hard. Not only will you need some proper filters and a bunch of prep time, but you will probably spend more energy in composing the shot than you will in actually seeing the eclipse. Shooting great night photos, however, is relatively easy.

Let’s get this out of the way: getting good photos of the total solar eclipse will be hard. Not only will you need some proper filters and a bunch of prep time, but you will probably spend more energy in composing the shot than you will in actually seeing the eclipse. Don't blow this opportunity to be present for the experience of a lifetime.

Shooting great night photos, however, is relatively easy, and in this era of "photos or it didn’t happen," it’s pretty fun, too.

I’m very far from a professional photographer, but I like shooting (and posting) good photos. Here are a few things I’ve learned. 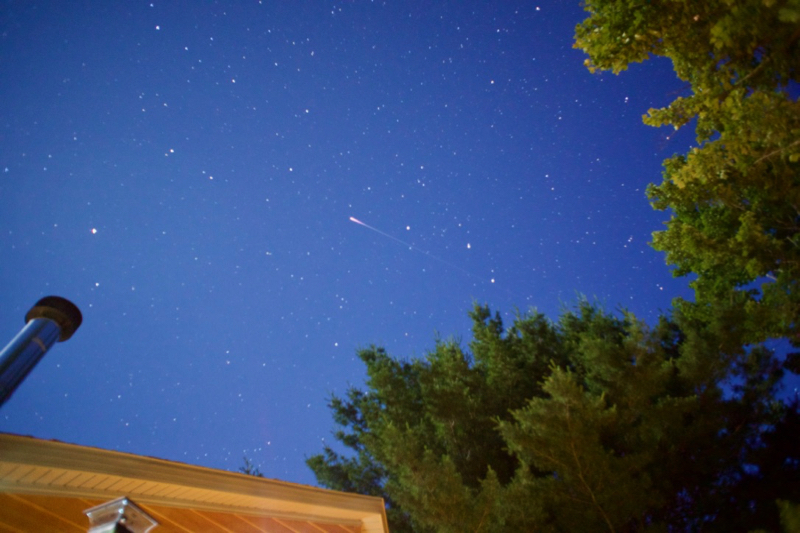 You don’t need a pro camera to take night photos, although it’s easier to get great results with a good camera. They say the best camera is the one you have with you, and for most of us, that's our iPhone or Android device. You can take great photos with a smartphone, but you will need to take control of its settings, and that requires some knowledge of how to use it.

In simple terms, a photo only comes down to three or four elements, with the two most important being aperture and shutter speed. After that, ISO (which was what used to be film speed) and sensor size matter, too, and while you pay for cameras that have better lenses and produce less grain/noise, you can do wonders with slow shutters and a cheap tripod.

Beyond that, the hardware is less important than the eye of the photographer. You need to compose your night photography in an interesting way, and fortunately, you can get tons of inspiration for star trails and compelling shots from hash tags on Instagram.

According to Milwaukee Journal Sentinel photojournalist Mike De Sisti, "Don't be afraid to experiment, and use what you have with you." 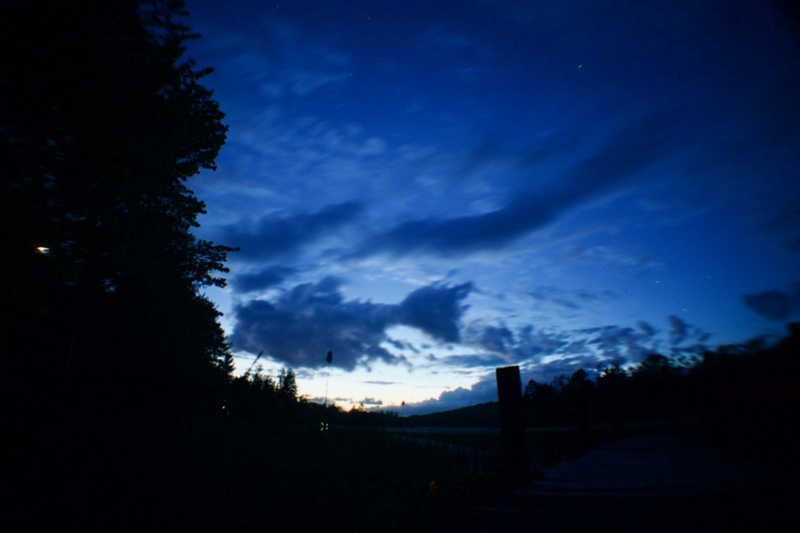 No matter what camera you use, you need a tripod if you want to shoot at night. "Night photography requires long exposures that would be impossible to get handheld, says De Sisti.

That could be a $20 cheapie on Amazon with a smartphone adapter if you want to go that route. You can even use a mini tripod if you have a place to put it. And a $15 remote shutter goes a long way to eliminate camera shake with long exposures. Says De Sisti, "The cable release will allow you to lock your shutter open without having to keep your finger pressed on the button … which would make your photos blurry, anyway."

If you don’t have a remote shutter, you can also set the timer to 10 seconds, which allows you to push the button and get out of the way.

Make friends with your camera 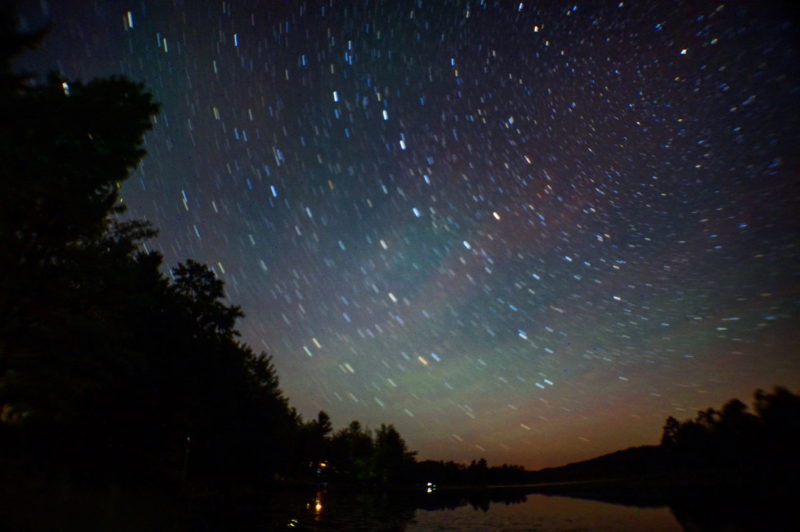 It’s easier to explain these best practices with a point-and-shoot, mirrorless camera or DSLR, but all the same principles apply if you use an app on your phone like Camera+.

Get to know the manual mode on your camera, which is that M on the dial that you probably don’t use to often. To shoot at night, you must manually focus, as well as manually set the aperture, shutter speed and ISO. Since you are using a slow shutter, crank the ISO down as low as it will go to avoid noise. It’s not as hard as it seems.

If you’re shooting a starry night, you can get pretty cool results with a 30-second exposure. That’s not long enough to get star trails, but it is long enough to turn night into something bright enough to see. Many cameras have a setting called bulb mode, which lets you leave the shutter open as long as you want. If you set the aperture lower (which, oddly, means a higher number), you can leave the shutter open for 10 minutes or longer. That will make the stars look like they’re moving across the sky without making the image so bright that it looks like daylight.

Says De Sisti, "In order to get star trails many times this setting, or shutter needs to be open for several minutes to hours at times."

Consider that it takes a while to get the perfect shot, because if each exposure is 10 minutes, you will only get six photos in an hour, or less, because on many consumer cameras, the shot will need to process almost as long as the shutter has been open. You’ll also have to manually focus, but that’s easy: just turn the dial all the way until infinity. Stars are obviously very far away, but if you don’t manually focus, your whole photo will be blurry. Never use a flash, but you can easily "paint the foreground" in light.

If you can, shoot in RAW. That gives you the ability to adjust the image later in just about any piece of software, and you have much more control than you would with the default jpeg mode. Don’t be afraid to try different white balance settings. You can tweak that later.

Setting up your shot 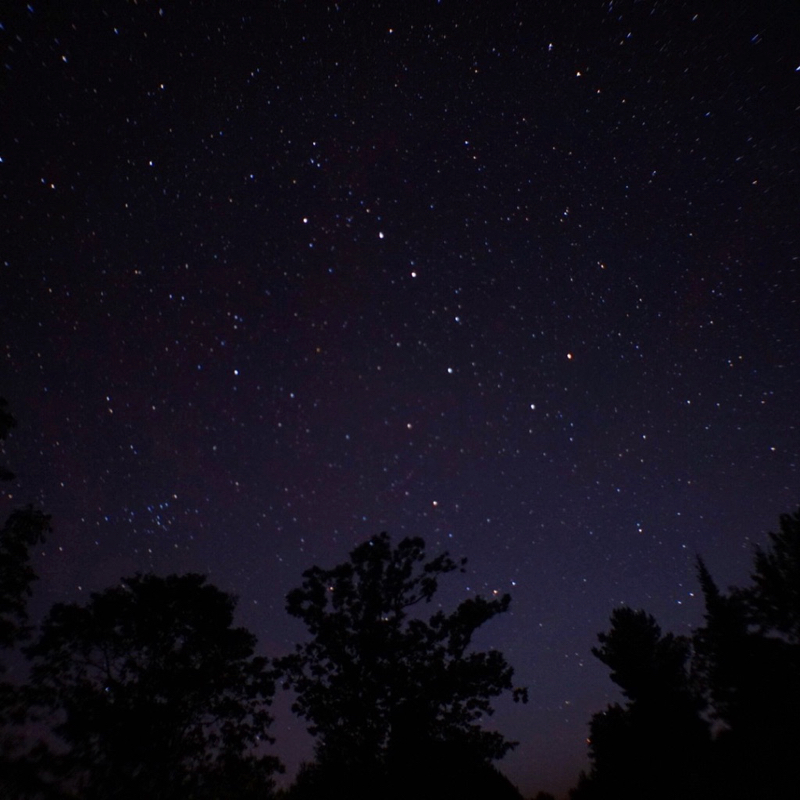 You probably have to get out of Milwaukee to take good night photos, because light pollution will ruin your chance to see stars. Being Up North is ideal, but I’ve found that even Mequon is sufficient for many shots. Of course, pointing the camera up is somewhat boring. You should look for interesting things in the foreground, like trees and buildings, because they will magically appear from darkness as you let the photo "develop."

Keep in mind that any light, anywhere, will blow the image out, so you have to find the right balance. Do embrace the concept of bracketing, which is taking the same photo but tweaking the settings in between photos.

I’ve also played around with some augmented reality apps that let you point your camera to the sky and it will superimpose the names of the constellations that you’re looking at. Since my knowledge of astronomy ended in fifth grade, I found this tool to be extremely helpful in making my photos make more sense. 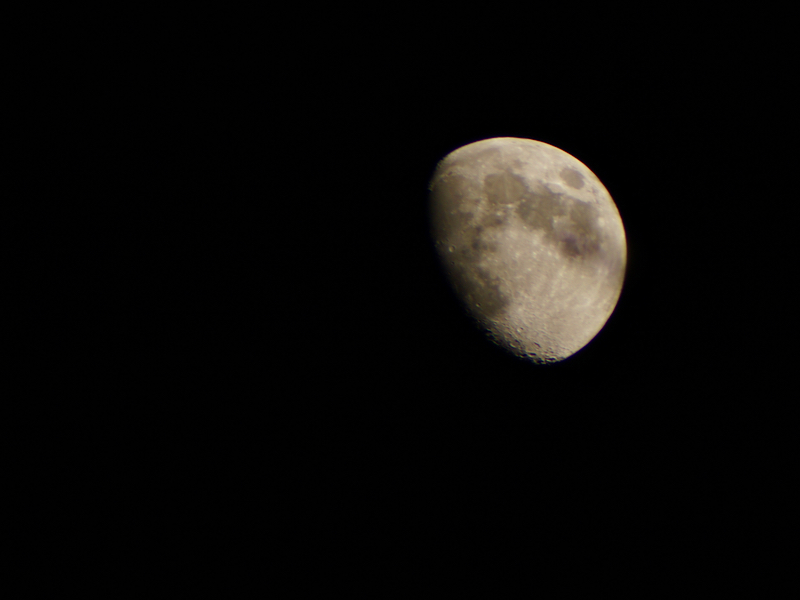 Taking moon photos is surprisingly easy. The same stuff above applies, but you don’t need a long exposure. A full moon is extremely bright, and the most important element is focal length. Good lenses are expensive, but huge manual focus telephoto lenses are cheap (just get the right mount for your camera). Since you’re focusing on infinity, you can see amazing detail at 300-600 millimeters. 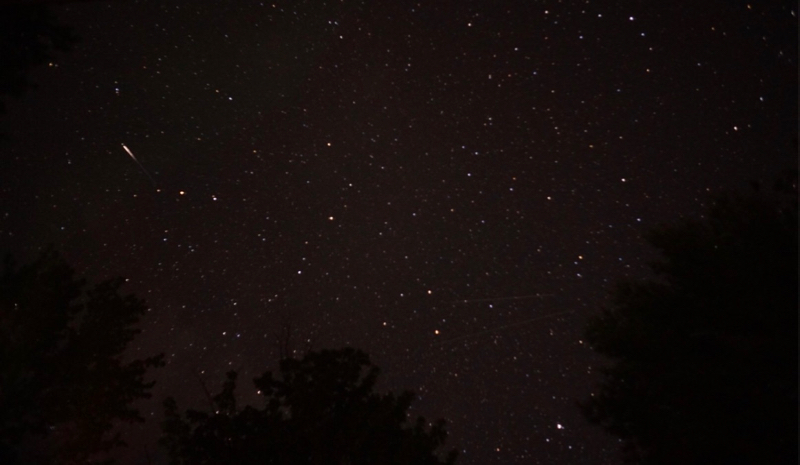 You can fix a lot of mistakes with the filters available on Instagram and Facebook, but to me, that defeats the purpose of purposeful photography. For me, stepping outside and communing with nature after the kids are asleep is peaceful and cathartic. It forces you to slow down and consider the vastness of the universe. In the case of the moon, seeing its features and craters and lines after spending a lifetime looking at what seems like a boring blob, with just your naked eye, is fairly awe-inspiring.

"Night photography is a great excuse to spend time with a friend being productive and creative without really exerting yourself too much," says Eron Laber of Front Room Photography. 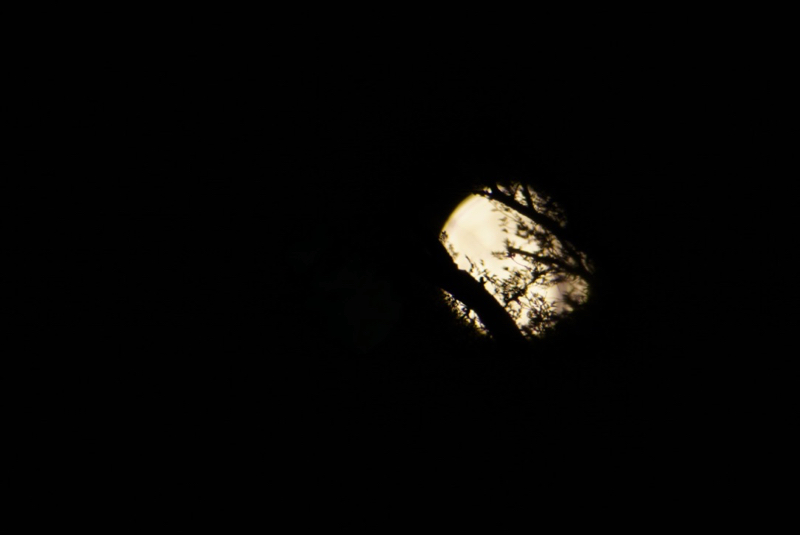 If your first photos suck, well, then join the club. Do a little more in-depth research than this basic guide provides, and you’ll get better quickly. Posting your photos to Instagram with hashtags like #startrails and #nightphotography will get you tons of great feedback.

"Since each exposure can take up to 10 minutes, there's plenty of time to slow down, enjoy and adult beverage and learn something at the same time," says Laber.

You probably won’t get the perfect photo on your first, second or third try. But memory cards are soooo cheap these days. Just keep shooting until you get it right. You can’t rush art (usually).

Chances are, you already have the tools to make original art you can hang on your walls. Slow down, plan your shoot and shoot your plans. The world of night photography awaits.