On the Burger Trail: The Volcano Burger at Big Deal Burgers & Custard

Since carry-out is king, and there's little better than frozen custard during the summer months, Lori Fredrich is focusing her Burger Trail reviews on "custard standâ burgers. This week, she visited Big Deal Burgers & Custard in West Allis.

Since carry-out is king, and there’s little better than frozen custard during the summer months, I’ll be focusing on "custard stand" burgers for the next few weeks.

Founded in 2013, Big Deal Burgers & Custard hasn’t been around as long as some of the more iconic custard stands in Milwaukee. But, you’d never know judging from their drive-thru, which was pretty busy even during my weeknight visit.

Usually, on my first visit to any burger joint, I order their signature burger. At Big Deal, that’s the appropriately named Big Deal Burger, which features three one-third pound patties of fresh sirloin, four slices of American cheese and six strips of bacon ($16.09 with fries and a drink). 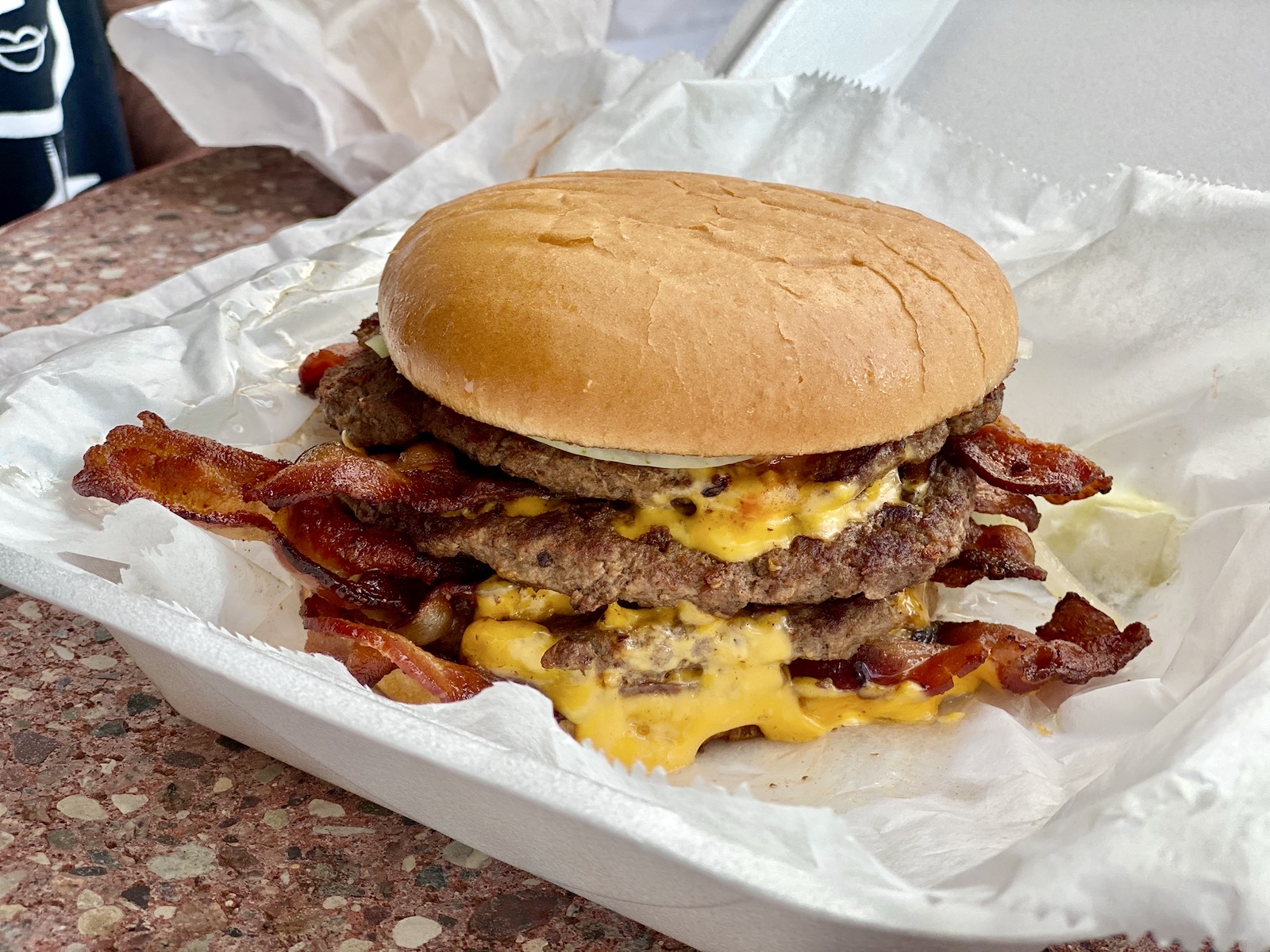 Now, I wasn’t quite up for nearly a pound of meat; but I did talk my husband into ordering it so that I could see it in all its majestic meaty beauty.

Instead, I opted for the Volcano Burger, which features a one-third pound beef patty topped with lettuce, tomato, chipotle mayo, jalapenos and pepperjack cheese. It’s served with fries and a drink for $9.54 (I upgraded my drink to a hot fudge malt for $1.34).

For a carry-out burger, the Volcano held up well. Its contents weren’t schmeared on the inside of the bag and the bun wasn’t crushed. In fact, the burger was nicely intact, and you could easily see most of the goodness inside, from the melted cheese to the burger, tomato, lettuce and jalapenos.

The bun was soft and fresh. It was nicely sized for the burger patty, offering a good meat-to-bun ratio. It was also moderately toasted on both cut sides, enough to give it a golden brown color (which you can see on the edges of the bottom bun), but not quite enough to make it crisp.

The burger patty was a really nice surprise. Thin, yet hefty enough to hold its own, it was well seasoned with just enough salt to showcase the flavor of the beef. And, while it wasn’t particularly greasy, it was far from dry. It was nicely and evenly browned on the exterior, even offering up a few salty, crispy edges.

While a burger with "volcano" in its name should probably be more incendiary, this one just rode the edge of spicy. There was a bit of kick from the jalapenos, which were applied generously enough that they also offered enough pickled flavor to contribute to the balance of sandwich; but they weren’t overwhelmingly spicy. The same was true for the chipotle mayo, which contributed a smokiness and slight tang, but very little heat.

Even the pepperjack cheese, while flavorful and nicely melted, added more in terms of flavor than heat. What that means is, if you’re expecting a truly spicy burger, you won’t get one; but, if you appreciate just a bit of kick – enough that you know it’s there, but not enough to overwhelm the other flavors – this burger is a good bet.

As for the vegetable components, I’d rate both the tomatoes and lettuce as somewhat average. The iceberg lettuce stood out a bit, as it really hung onto its crispness, so that was definitely a plus. Meanwhile, the tomatoes were what I’ve often called "winter" tomatoes. They were fresh and juicy, but not particularly impressive in their flavor or color.

At just under $10 for a burger meal, the Volcano Burger is definitely a deal. And the relative quality of the ingredients made it an enjoyable deal at that.