On the Burger Trail: The Big Boy Burger at Coach's Pub & Grill

Folks come from far and wide to get a piece of nostalgia in the form of the Big Boy Burger at Coach's Pub & Grill. So we made a visit to see if it lived up to all the hype.

The number of bars and pubs in our fair city is extensive. In fact, I’ve often surmised that – if left to my own devices – I’ll be lucky to visit half of them over the course of my lifetime. Needless to say, it sparks a bit of joy when I’m given good reason to visit one of the many pubs I’ve never been to before.

One such place is Coach’s, a South Side sports bar that seems to have the formula down pat. They’ve got eight HD televisions, a friendly staff, an enclosed outdoor deck that makes a mighty fine patio space during the summer months, and a menu filled with delicious sounding bar fare.

It’s quite possible Molly Snyder said it best when she described Coach's as a "comfortable, welcoming, no-frills, classic-South-Side-Milwaukee sports tavern with excellent bar fare food, most of which is made from scratch." 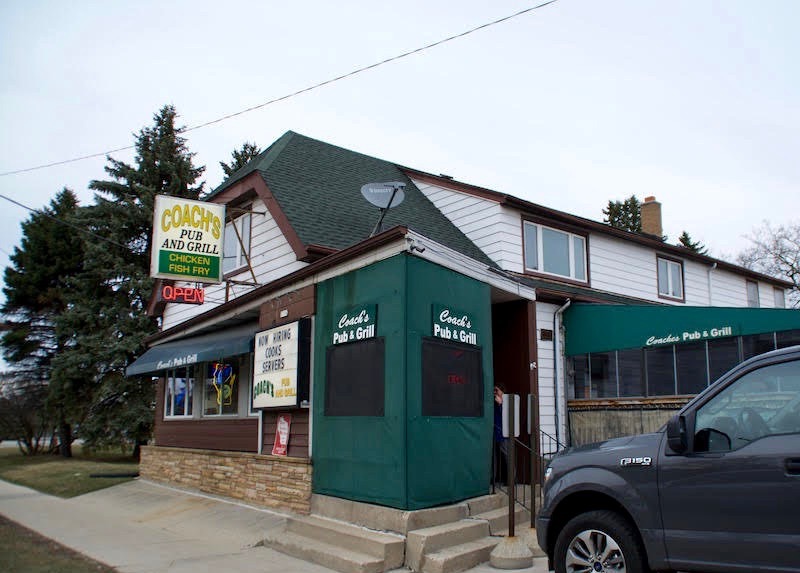 My chief interest, of course, was the bar’s burgers. Among them I found the "7 Pound Grave Digger," a two-pound ground beef burger topped with a full pound of bacon a half-pound of cheese, lettuce, tomatoes and pickles on a fresh 12-inch diameter bun surrounded by fries (this burger requires 24 hours notice; and, if one person finishes the 7-pound creation in 60 minutes or less, it’s free).

That’s not really my jam. But if you want way more burger than should ever be eaten in one sitting, maybe you'll have an interest.

My interest, however, was in another offering: the Big Boy Burger. It's a burger that attracts nostalgic fans from far and wide; and checking it out has been on my list for quite some time. So we made a visit to see if it lived up to all the hype.

Coach’s Big Boy Burger is (and I quote): "Just like the original. Two burger patties with lettuce, pickles, and special sauce. $7.45"

Well, there she is. A Big Boy Burger. All the layers are there – the triad of bun layers, the duo of burger patties, the orange flaps of American cheese and the shredded iceberg lettuce. It’s attractive and offers the illusion of being larger than it really is.

Fun fact: If you can’t get it out of your head that the Big Boy Burger looks an awful lot like a Big Mac, you’re not wrong. In fact, the Big Mac – which was introduced in Pittsburgh in 1967 – was a blatant rip-off of the Big Boy Burger, which had been served at locations around the U.S. for over 40 years. The advantage McDonald’s wielded: faster service. In fact, the lure of "fast" food was the factor that sparked the disappearance of most Big Boy franchises around the nation.

This bun is soft, seeded and soft. It’s lightly toasted and well sized for the burger and its toppings. The middle bun layer does its one and only job – absorbing moisture and sauce and preventing the whole burger from becoming a big oozing mess – and it does it well.

In the end, this is the right kind of bun to bring back any Big Boy nostalgia you might have.

Meh. Don’t bother trying to eat this burger on its own. I’m giving it a "5" because it’s exactly what it’s supposed to be (nothing more, nothing less): a cooked-from-frozen pre-formed patty that has no concern about being succulently juicy, exceptionally beefy, let alone free-range, organic or hormone and antibiotic-free. This is what burgers were like in the era of the Big Boy Restaurant, and it seems Coach’s is being true to the original in as many ways as possible.

The burger is firm, lightly seasoned with a pleasant char on the exterior and just enough fat remaining in the beef to keep it from being dry.

Do I think the Big Boy Burger would be better with fresh custom-blended beef? Absolutely. Would it be a Big Boy Burger? Not exactly.

In this case, the burger patties themselves are little more than pieces of protein. It’s not the star of the show. It’s a necessary component of a sandwich which – in summation of all of its parts – takes a person back to a very distinct taste memory that instills a sense of comfort and happiness.

As for the toppings, they met the mark in most ways. I deducted a point for the American cheese, which should have been a bit more melted (it drooped a bit more than shown in the photo, but was never truly melted on the edges). However, I was delighted to find that the lettuce was crisp and fresh (and remained so through much of my burger eating tenure).

Meanwhile, the sauce is tangy, offering up a bit of acid and some good moisture to the burger overall (it’s interesting to note that a distinction between the Big Boy Burger and Big Mac was always in the sauce … the Big Mac’s sauce has always been sweeter; while Big Boy’s erred on the side tangy).

Burgers under $10 are a rarity. And a burger with fries for less than $8 is definitely a deal. After all, even the Big Boy Burgers at actual Big Boy Restaurants in Michigan will run you $6.49-$6.99, depending on the location. Probably not worth the extra gas money.

There’s more than one spot these days to find a Big Boy Burger. But you can’t go wrong with the version at Coach's Pub 'N' Grill.