On the Burger Trail: The cheeseburger at Kopp's

In just over a year on the burger trail, I've eaten exactly 50 burgers. To mark the milestone, it only seemed right to feature one of Milwaukee's most renowned burgers.

In just over a year on the burger trail, I’ve eaten exactly 50 burgers. To mark the beginning of the second stretch of my journey, it only seemed right to feature one of Milwaukee’s most renowned burgers.

In some ways, the Kopp’s story is an empowering one. The popular custard stand was founded in 1950 by Elsa (Moll) Kopp, who with the support of another local custard pioneer, Leon Schneider, began slinging butter burgers and custard to support her family when her husband's Parkinson's disease left him unable to work. The original Kopp’s was located at 6005 W. Appleton Ave., and it wasn’t long before the stand developed a reputation that resonated throughout Milwaukee and beyond. 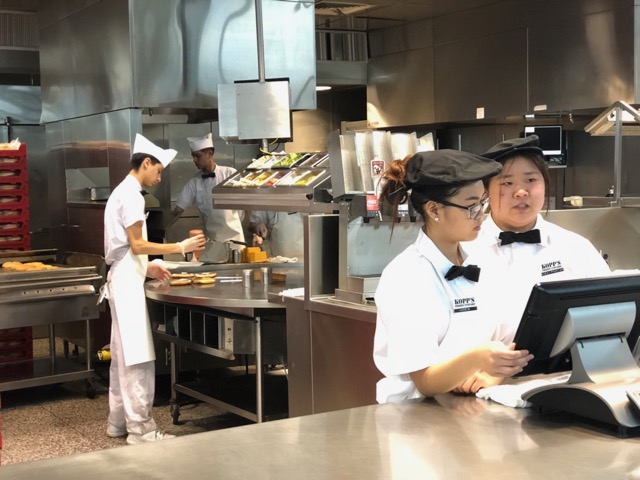 The memory of enjoying custard at Kopp’s is one shared by countless Milwaukeeans. And undoubtedly those memories also include the occasional jumbo burger. In my case, I distinctly recall the excitement of feasting on half of a cheese burger (I always split mine with my sister) in the back seat of my parents' car. It was, of course, typically the precursor to a scoop of custard, a fact which likely made the burger all the more special.

I can’t count the number of Kopp’s cheeseburgers I’ve eaten over the course of my lifetime. And that, in and of itself, made the prospect of taking a thorough, critical view of the burger a bit intimidating. After all, eating a burger just for fun is exceedingly different than eating a burger and writing about it.

On this trip, I visited the Greenfield location and ordered a cheeseburger with the works. That includes toppings of American cheese, fried onions, pickle relish, ketchup and mustard ($3.90). And, although I ordered fries, mostly so that I’d have a consistent "burger and fries" photo, I also ordered onion rings ... because I can’t go to Kopp’s and not order the ultra-crunchy well-executed onion rings.

Kopp’s is often a mixed bag when it comes to presentation. Depending on the journey a burger makes, it often gets a bit smashed inside its paper sheath. For this reason, it’s doubtful that a Kopp’s burger (on any day) would get a perfect score on presentation. On this particular day, the bun was a bit crushed, but – call it nostalgia or otherwise – it was still a pretty darn good looking burger. As you can see from the photo, the patty sported its crisp, charred edges, and there’s also some nice visible melted cheese and oozing condiments. In the end, when judging a burger’s looks, I’m really asking: Does this burger make me hungry? And yes, yes it did.

Kopp’s soft bakery buns are a necessary part of the picture. They’re well-sized for the burger patty, and somehow – despite their ultra-pillowy texture – they always hold up to the toppings. They're always fresh and well-toasted. In fact, changing out the bun would remove a central element of what makes the Kopp’s burger work.

Let’s get the ugly side of things out of the way right off the bat. Like most fast-food burgers, the Kopp’s patty is going to come well-done. That’s just the way things are. However, there’s redemption in both the flavor and texture of the Kopp’s burger that shouldn’t be overlooked. While there tends to be a bit of variation from location to location, you can nearly always count on a nice crisp char around the irregular edges of the patty. And, while "juicy" is not a word I’d use to describe the burger, you won’t find it to be dry (that’s likely thanks to both their unfrozen beef as well as the butter that's added to the cooked patty). If you taste it on its own (as I did), you’ll also find it to be well-seasoned with a decently beefy flavor. The burger isn’t revelatory, but it’s a fine example of what happens when fast-food meets attention to detail.

There’s always something to be said for the fried onions at Kopp’s, which are always nicely browned. They’re sweet and moist and they offer a nice amount of flavor. The relish adds balance with its slight kick of acidity. And while I’m not a gal who’s typically driven by condiments, there’s something to be said for the classic combination of ketchup and mustard on this particular burger. The combination of the umami from the well-melted American cheese and onions is balanced by their salty sweetness and vinegary tang.

A burger for less than $5 is a deal any day of the week. But a huge burger for under $5 that exhibits a well thought-out flavor profile, consistency in preparation and a nice big dose of nostalgia is even better.

I love dining in places with atmosphere, where I can kick back, relax and enjoy my meal. But if there’s a burger I’m happy to eat sitting outside on a concrete ledge, inside standing beside a table or plopped down on the seat inside of my car, this is still the one.