Sean Henninger, who owned Times Square Pizza / Atomic Chocolate in Walker's Point, opened redbar's kitchen and developed the menu. This was unexpected for Henninger, who was scouting locations to reopen his pizza and chocolate place when co-owner Carrie Wisniewski offered him the chance to create food for redbar.

When Carrie Wisniewski and Nick Schell opened redbar in 2012, they planned to offer food. Although Wisniewski says she was hoping to fire up the kitchen sooner, the day finally came last week when the St. Francis-based establishment introduced its first menu.

"I honestly don't think this would be happening right now if it weren't for Sean (Henninger) getting involved," says Wisniewski.

Henninger, who owned Times Square Pizza / Atomic Chocolate in Walker’s Point, runs redbar’s kitchen and developed the menu. This was unexpected for Henninger, who was scouting locations to reopen his pizza and chocolate place when Wisniewski offered him the chance to create food for redbar.

"Times Square and Atomic Chocolate are not dead. I’m just taking a break," says Henninger.
"People say they miss my pizza and I always tell them I do, too. It kept me alive for six years."

Henninger’s menu at redbar is a work in progress. For now, it includes burgers, wings, soups, a fish fry and a large selection of tater tots.

"The menu is just good old fashioned bar / comfort food," says Wisniewski. "It is very tater tot focused because, why not? I mean who doesn't love tater tots? Well, maybe some people don't but then they're just weird." 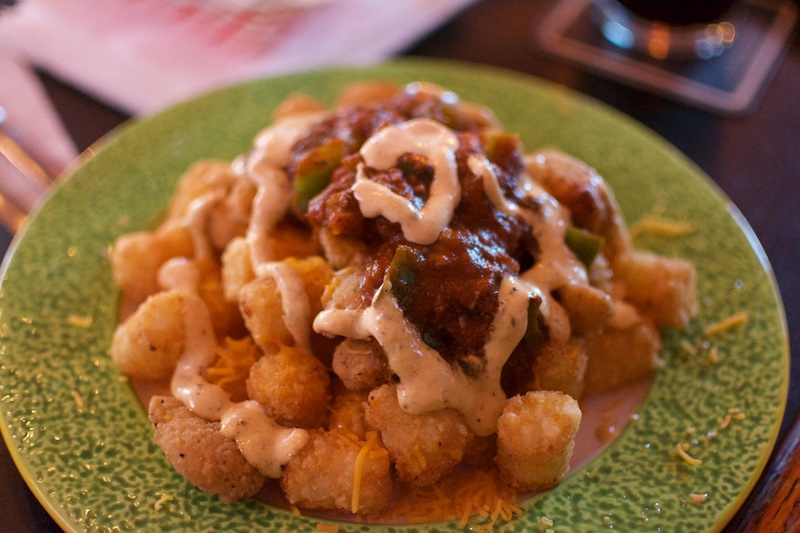 "We have regular ketchup, but we’re also making a Tullamore Dew ketchup from scratch," says Henninger. "The whole thing: simmering the tomato sauce with vinegar for 12 hours, adding the Tully at the end. It's really good."

In the future, Henninger plans to expand the menu to include sandwiches, wraps and more entrees. redbar has a second level that can seat 25-30 diners.

Henninger say he might also offer a Tuesday taco bar, boxed lunches and a catering service. He also wants to host beer dinners, pork roasts and a celebratory meal for Vincent Price’s birthday. (It's May 27, for the record.)

"I have a lot of ideas for the new menu and it will be eclectic, but also very meat-focused," he says. "I just had a meeting with a meat provider today."

"I think having food is a game changer. You can have trivia night and not have to worry about interrupting somebody's dinner hour. People can stay longer, instead of leaving to go get food somewhere. And honestly, St. Francis doesn't have a lot of places that offer food," says Wisniewski. "I am excited to see redbar really taking off. Every single thing that comes out of that kitchen is made with love. It is fresh, it is flavorful and it is plated well."

Minors are welcome to dine before 8 p.m. at redbar, but Wisniewski says that redbar is first and foremost a bar with a bar atmosphere.

"We shake dice, the music can get loud and I really want people to use their best judgment if they choose to bring their underage children in for a meal," says Wisniewski. 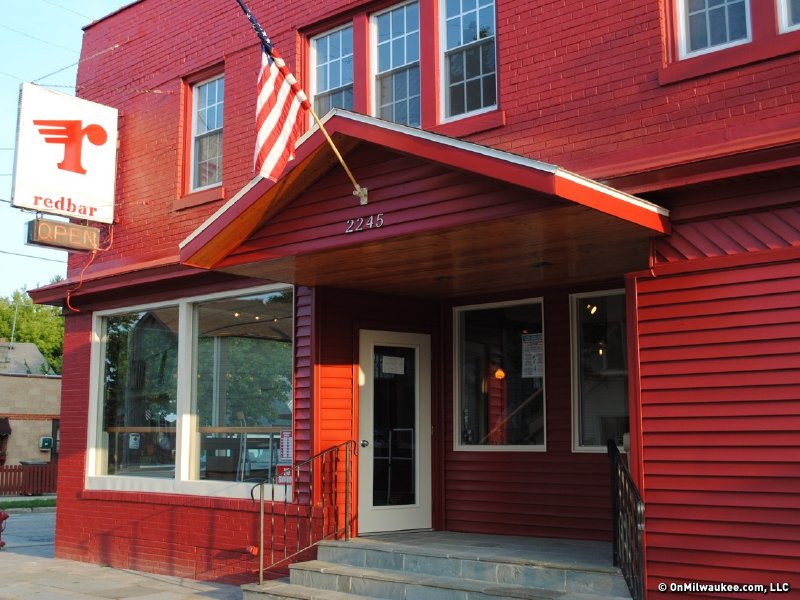