On Saturday, Deadspin reported that the University of Wisconsin investigated allegations from a woman about an affair with Bo Ryan who suddenly resigned as coach in December.

Ever since Bo Ryan suddenly stepped down as the basketball coach at the University of Wisconsin, rumors of an alleged extra-marital affair have circulated as one of the reasons for the unexpected resignation. 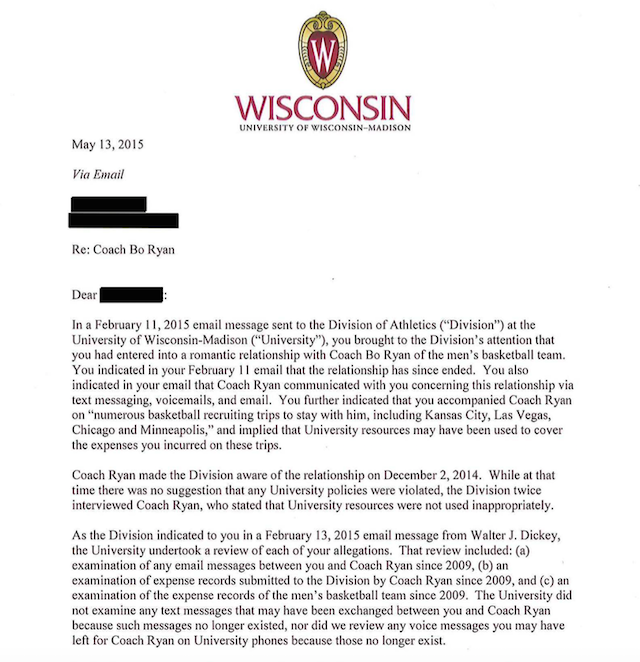 The Wisconsin State Journal later Saturday reported the identity of the woman as confirmed by the university and released copies of the woman's original email to the university in which she made a series of claims about Ryan and their affair. The update from the newspaper is here.

Ryan and Athletic Director Barry Alvarez said at the time that the resignation had nothing to do with the affair or the investigation. Their position has not changed.  Ryan released this statement on Saturday.