It's been just a few weeks since Sabor Tropical Latin Inspired Kitchen & Lounge opened in Bay View. And we couldn't wait to take a closer look at the menu, which creatively fuses flavors and ingredients prevalent in the Caribbean, Mexico and South America.

It’s been just a few weeks since Sabor Tropical Latin Inspired Kitchen & Lounge opened at 2258 S. Kinnickinnic Ave. in Bay View. And we couldn’t wait to take a closer look at the menu, which creatively fuses flavors and ingredients prevalent in the Caribbean, Mexico and South America.

The concept of pan-Latin cuisine isn’t new, even here in Milwaukee. In addition to restaurants like Cubanitas, Chef Paz and Sofrito’s Vega, which focus intently on individual cuisines from countries like Cuba, Peru and Puerto Rico, other restaurants like C-Viche have been successfully showcasing the flavors, textures and ingredients of countries including Brazil, Peru, Mexico, Ecuador and Chile.

The notion of fusing the flavors of various cultures is one that’s been practiced around the globe for centuries. And in places like South America, where a variety of cultures – from indigenous peoples to European countries including Spain, Portugal, the Netherlands and the U.K. – have lent their practices and ingredients to the mix, cuisines have evolved to embrace a more global feel. Combine that with the fact that both Caribbean and Latin cuisines are tied together by a variety of flavors, spices, textures and ingredients, and fusion cuisine begins to make even more sense. 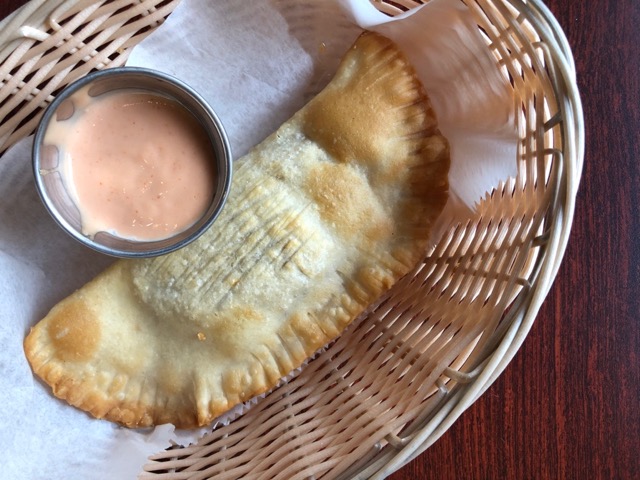 Among lunch dishes you’ll find sandwiches like the El Jibarito, a sandwich filled with skirt steak, grilled onions and Caribbean-inspired aioli where starchy fried plantains stand in for bread It’s a dish that was popularized in the U.S. by Chicago chef Juan "Peter" Figueroa; but sandwiches made with "plantain bread" have origins in both Puerto Rican and Columbian cuisine.

There’s also fusion in the form of a quesadilla, which can be filled with Puerto Rican style roasted pork, Peruvian rocoto pepper cooked shrimp or grilled chicken with Oaxacan asadero cheese, salsa and guacamole ($8-11).

Of course, you’ll also find more traditional dishes like the warm, comforting mofongo rellenos, which features mofongo (mashed green plantains mixed with salt, garlic, butter and chicharrons), pressed into a tall wooden vessel and filled with chicken, shrimp, fish or lobster that’s been cooked in a garlicky tomato sauce with cilantro ($15-24, depending on filling). 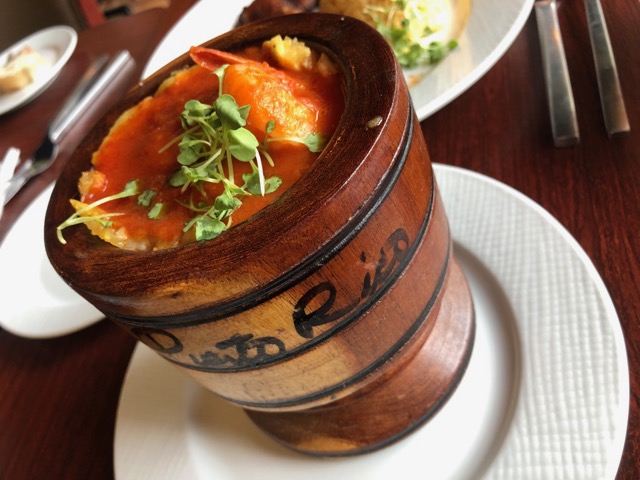 Puerto Rican marinated pernil (roasted pork) is also served a twist when tossed in a guajillo pepper sauce, giving it a sweet and slightly smoky flavor. But it’s served alongside more traditional Puerto Rican rice and beans with tostones on the side ($12). 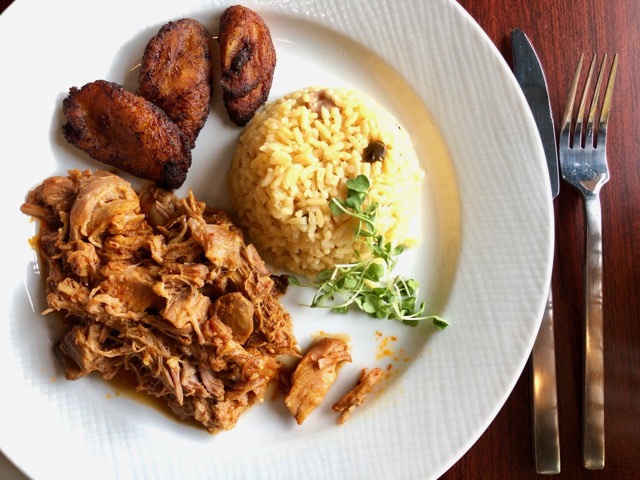 Even the pechuga con mole (chicken breast with mole sauce), a dish common to the Mexican canon – featuring a thin, deeply colored sauce with a sweet, complex flavor – has been infused with subtle Caribbean flair ($12). 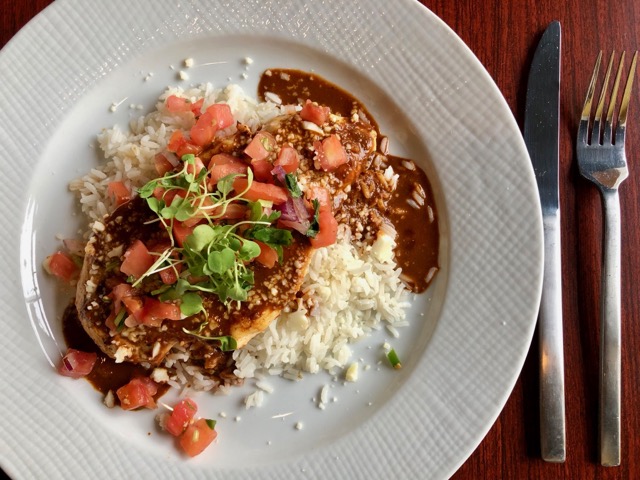 The restaurant is still in its infancy and I predict its offerings will evolve, both based on the feedback of guests and the creative energy in the kitchen. In the meantime, it’s a menu that’s both accessible and often familiar, yet still ripe for exploration.

The new brunch menu (available every day!) at Cafe Hollander is no yolk