Riveredge Nature Center has been known to partner with local breweries on events and other collabs and now its working with Grafton's Sahale Ale Works on Wisconsinade Gose, an ale that uses Staghorn Sumac from the Saukville nature center.

Riveredge Nature Center has been known to partner with local breweries on events and other collabs and now its working with Grafton's Sahale Ale Works on Wisconsinade Gose, an ale that uses Staghorn Sumac from the Saukville nature center.

Gose is a type of fermented beer that is typically sour with hints of lemon and salt.

The gorgeous, hazy apricot-colored beer is on tap now in the Sahale taproom in the heart of Grafton, and also available in cans to-go. One dollar from each pour and can (50 cents from each short pour) will go to support Riveredge Nature Center.

“We broke up the drupes (or berry clusters) and placed them in a mesh bag," says Sahale's Matthew Hofmann. "At the end of boil we steeped the sumac into the unfermented beer, essentially making a tea with the berries. 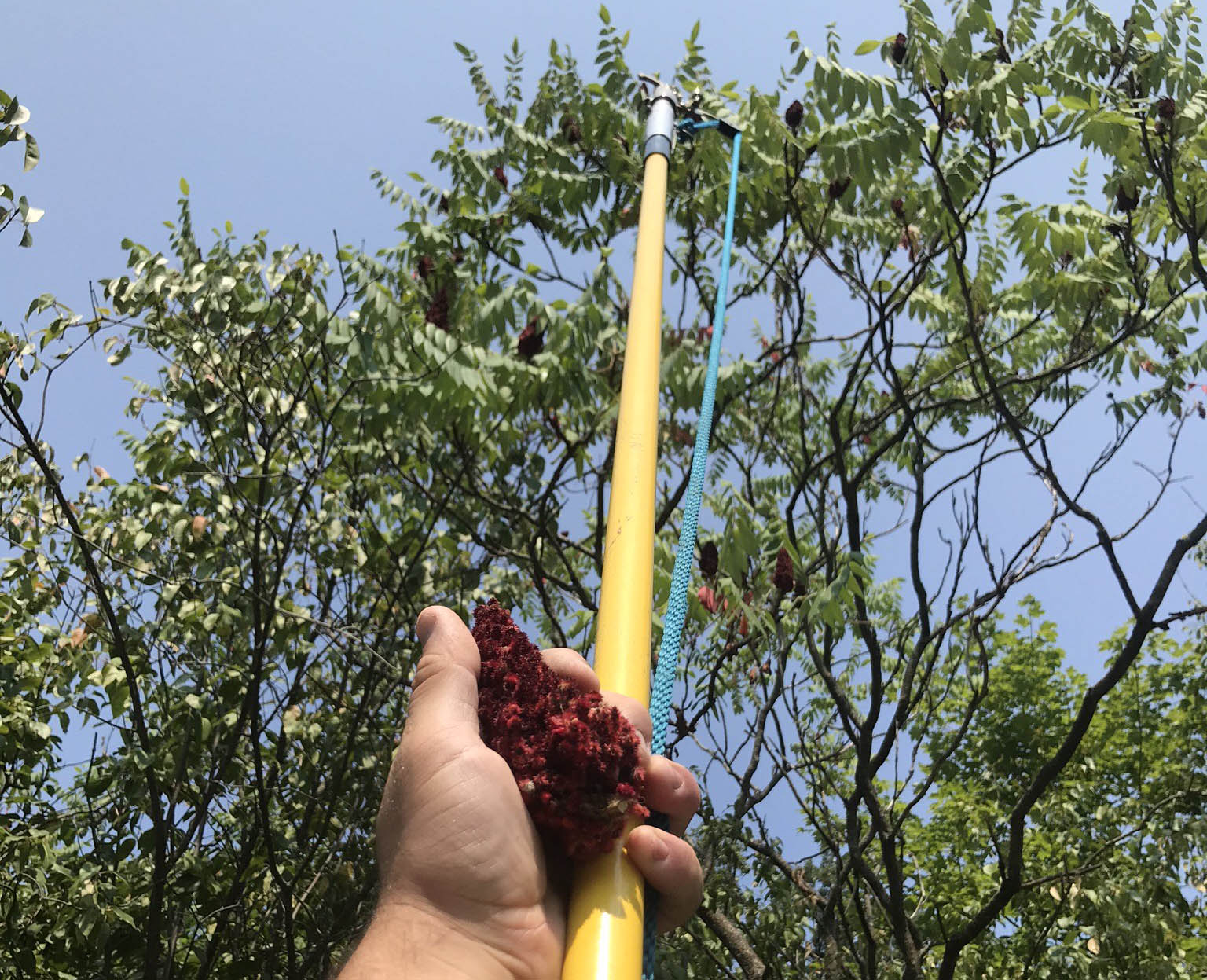 "In addition to the flavor, we also drew some color which made the beer a light pink. Native Americans harvested the berries to make a beverage reminiscent of lemonade.”

Thanks to land management that includes fire and/or cutting disturbance, the sumacs are again doing well, accordiing to Riveredge's Research and Conservation Manager Matt Smith.

“We took these fruits from our most productive and easiest to obtain plant locations,” says Smith. “Staghorn Sumac is vital to provide both a healthy fruit supply for animals, as well as providing cover for them.

"We now also have a harvestable surplus of sumac stems for our Maple Sugar demonstrations in spring, as Sumac stems were the original maple sap tapping spiles."