The new menu at The Vanguard in Bay VIew is a finale of sorts for Chef Shay Linkus, who is leaving his post of three years to work on a new restaurant concept in Walker's Point. His parting gift? These five imaginative sausages.

Beginning on Thursday, Oct. 12, The Vanguard, 2659 S. Kinnickinnic Ave., will be rolling out a new selection of housemade sausages as well as some brand new brunch offerings.

The menu is a finale of sorts for Chef Shay Linkus, who is leaving his post of three years to team up with Chef Mitch Ciohon and John Revord on a new restaurant concept in Walker’s Point.

"It’s been great, man," says Linkus of the departure. "I feel like I’m leaving my family. And it’s not like a bad break-up, I’m around, just a phone call away. And the brand will always be my baby." 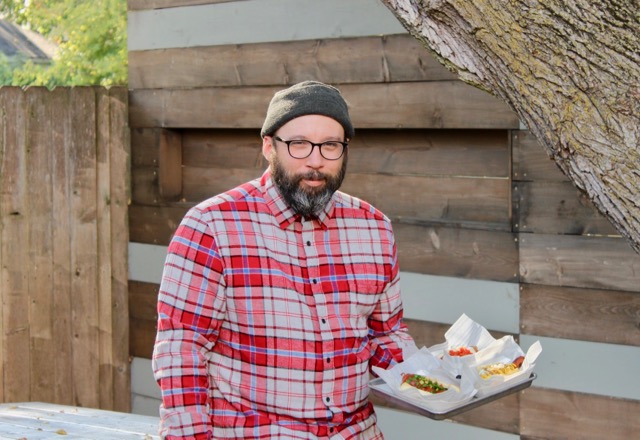 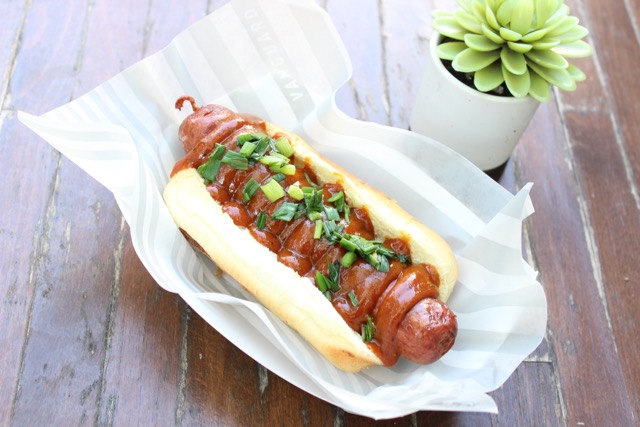 "I really wanted to do a more traditional Berliner sausage," says Linkus. "The sausage has turkey ground with beets, garlic, sumac and lemon. And I’d made the curry ketchup to go with something else, but it was just really good with this. It’s super tangy … kind of gets you in the nose when you eat it." 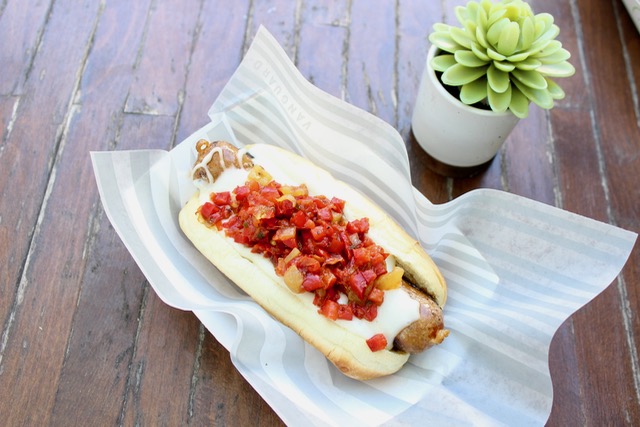 A sausage made with pork, garlic, cayenne pepper and paprika topped with goat cheese, queso fundido, chipotle and chile relish ($8)

"It’s Tex Mex as sh*t, like ChiChis or something," Shay remarks. 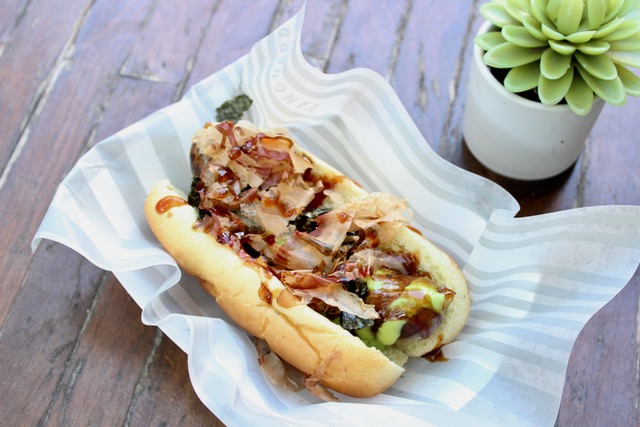 "Originally we called it the Japanese steakhouse," says Linkus. "But then we named it Ribera. It’s where all the Japanese wrestlers go in Japan. And it’s like an entire hibachi menu all crammed into a sausage." 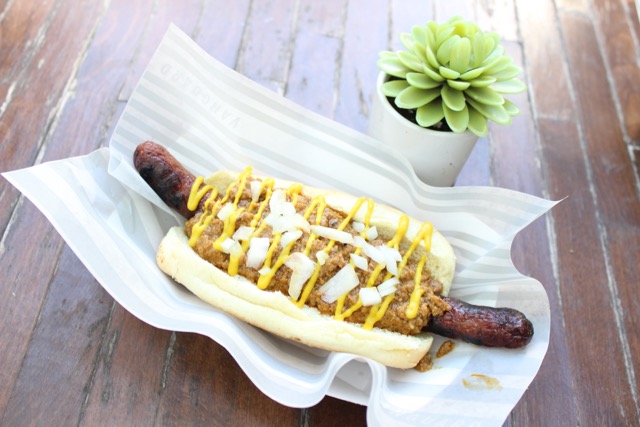 "It’s totally different from what you picture when you hear ‘coney dog,’" notes Linkus. "Instead of going heavy on the spices in the chili, they’re all added in balanced quantities. And then it’s rouxed with butter and flour. It’s just buttery and really good. It’s a Detroit thing, but it should be a national thing."

Sausages cycling off the menu temporarily will include the Bork Lazer, Lamb Toulouse, Guzman, and Spinach & Artichoke. 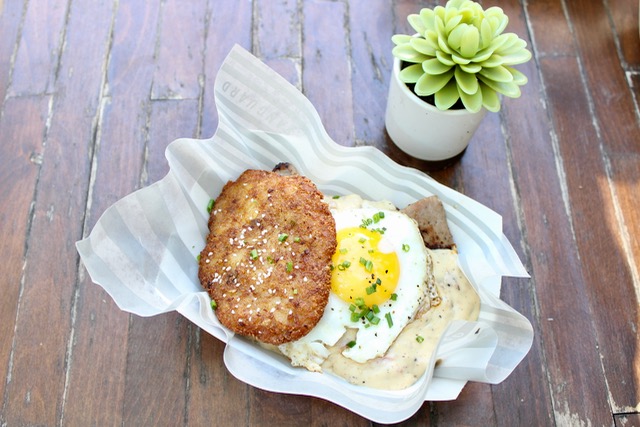 This dog is one of a number of new brunch dishes. It features chicken sausage, jalapeno sausage gravy, a fried egg and potato pancakes.

"The brunch menu is just all over the top," notes Linkus. "It’s totally meant for hangovers. Absolutely nothing on it is light. And there’s no fruit."

Additional brunch options include the "Chicken & Waffles" featuring fried chicken sausage, a Belgian waffle and spicy syrup; "Breakfast Link" showcasing a chicken apple and sage breakfast link topped with onion, peppers and fried egg and served on a bun; and the "Diner Brat", a bacon-wrapped bratwurst with a fried egg, chives and cheddar.

"His innovative recipes will continue to live on the Vanguard menu for years to come," notes co-owner James McCann of Linkus. "We wish our friend the best of luck, and we'd like to thank him for three years of creativity, hard work and zero tolerance of posers. Shay and his family will always be a part of the Vanguard family. He has the tattoo to prove it."