Believe it or not, Saz's didn't start off in the barbeque business. In fact, when Steve Sazama opened Saz's State House in March 1976, it was a pretty simple bar that served a bit of pretty simple pub food.

Believe it or not, Saz’s didn’t start off in the barbeque business.

In fact, when Steve Sazama opened Saz’s State House at 5539 W. State St. in March 1976, it was a simple bar that served simple pub food, along with a Friday fish fry.

"Eventually," Sazama says, "I knew I wanted to add something to the menu that would set us apart...you want to be known for something. A friend of mine, Dick Nash, had a barbecue recipe that was pretty darned good. So, we used that to develop our ribs. And when we started, we only served them on Fridays."

The offering slowly took off at the increasingly popular bar. And then, the nation was hit with a rib shortage.

"It was about four or five years in, and many of the other restaurants in the area switched over to lower quality options," he says. "But, we stuck with the same ribs. Our bar business was big, so we were able to make it work, and in the end, I think that’s one of the reasons that helped our ribs to become so popular. We never scrimped on the quality." 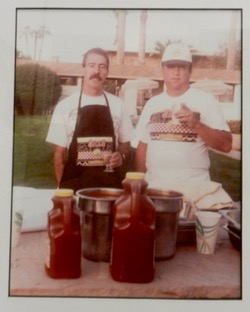 Sazama spent many years selling copy machines for a living. In his spare time, he refereed baseball games and spent nights working as a bartender. But, in 1971, his trajectory shifted. A grade school buddy, Pep Palmer, asked him to help open Peps Place (now Colonel Hart’s).

From there, everything changed; Sazama says he felt as if he had found his calling.

From there, he moved on to help Jerry Cohen open East of Mecca, the bar and restaurant which would eventually become Major Goolsby’s. And it was there that he began to contemplate opening his own bar.

"When this place [on State Street] became available three years later, it just made sense," says Sazama. "I had quite a nice sports following, so it all worked out really well for us."

The building, which was erected in 1895, had a lot of character, which Sazama says he appreciated.

"In the '30s it was a boarding house," he says. "That was back when the area was known as Piggsville. People would keep their horses here and bed down for the night on their way west to places like Oconomowoc." 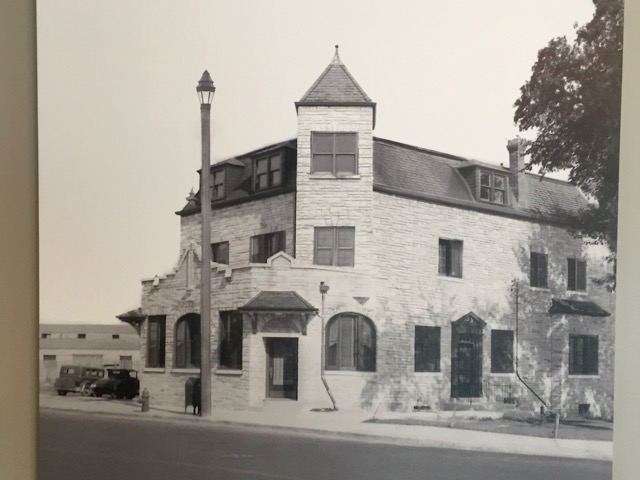 In just four years, Saz’s had become a very crowded Wauwatosa bar. So, in 1980 Sazama decide to put on an addition.

"It almost bankrupted us," he notes. "Interest rates were 18.5 percent, and the bank wanted 2 percent of our sales on top of that. I was so excited a couple of years later when we got the interest down to 14.5 percent. That was a big deal." 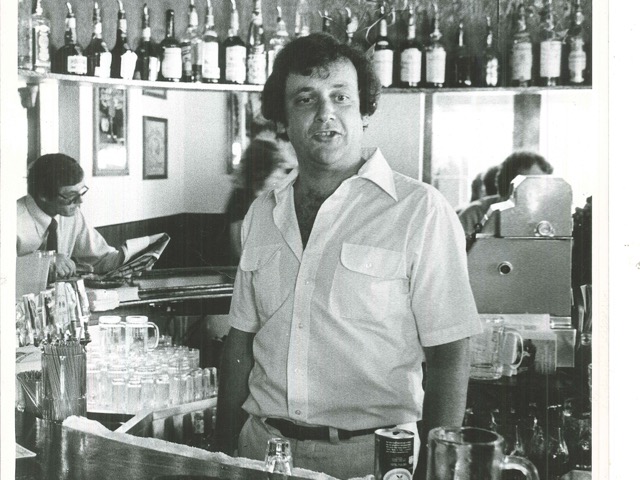 Over the years, Saz's made a name for itself with its shuttles, which it ran to County Stadium during Brewers’ home games.

"At the time, there were no bars on Bluemound, so we were really one of the only places to do it," says Sazama. "A big thing for us was always Brewers’ opening day. At one point we had 1200 people here, and nine busses."

In the early years, Sazama notes, they owned a 1947 Greyhound bus they named the Sazhound. 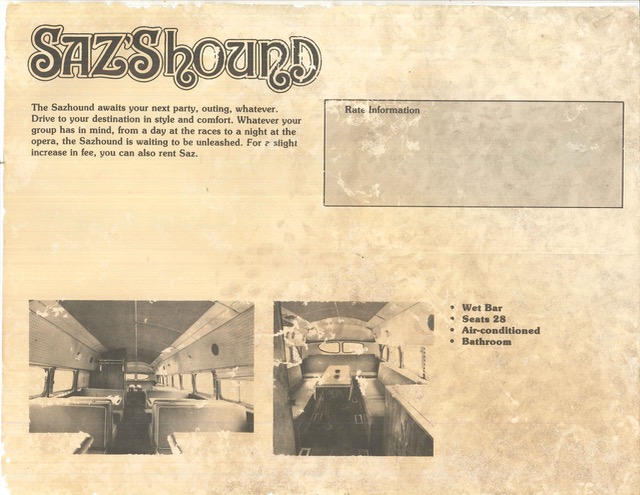 "It had four booths in the front and a long table in the back," he says. "We’d use that for shuttling people. That was a blast. In fact, if you were a young lady and you were getting married, we’d give you the hound for your party, you just had to pay the driver.  We never had a tough time finding a driver."

Eventually, Sazama says, they had so many requests from people who wanted to bring Saz’s barbecue to Brewers games that they had to do something to accommodate. So, in 1995, they launched their catering division, which operated in the building next door to Saz’s State House until 2015.

Today, in addition to catering over 1,500 independent events per year, the restaurant manages food service operations at the Marcus center and serves as the official caterer for both Summerfest and State Fair. 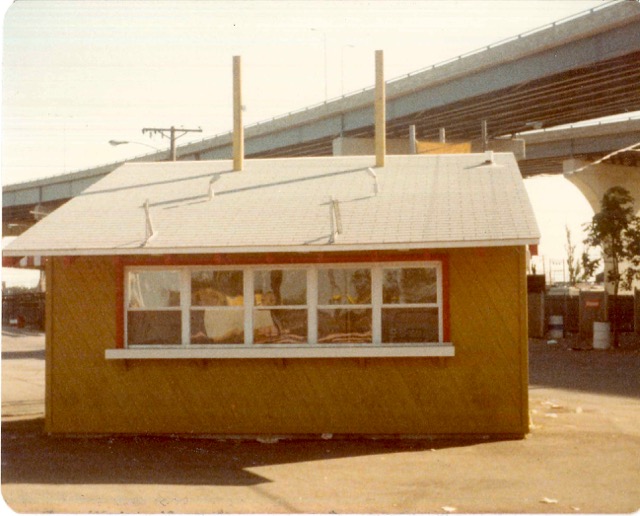 My, how things have changed: Saz's original booth at Summerfest (PHOTO: Saz's)

In the years that followed, Saz's would continue growing more and more popular – not just for its ribs – but also for signature items like eggroll wrapped mozzarella sticks (also the brain child of Sazama's friend Dick Nash) and their sour cream and chive fries, which Sazama says evoked such a stir that "it was like we’d started a cult."

In fact, Sazama says one of the things he’s most proud of is that the business has been able to make so many improvements to its products over the years, thanks to both the talents of his employees and their commitment to local, high quality sourcing.

"We’ve moved to using all Duroc hogs for our pork and the quality just couldn’t be better," he says. "And all of our beef for hamburgers is from Wisconsin. You’re paying more, but the quality is just so much better."

And Sazama says they’re always working on new ways to bring something special to their consumers. For instance, Chef Zachary Rosen, a certified Kansas City BBQ Society judge, is working on a cherrywood smoked rib, which Sazama hopes they’ll be rolling out at the restaurant soon.

And, after 40 years in the industry, Sazama says he’s learned some valuable lessons.

"One thing is that I start the day with 10 units of energy, and if I waste one or two on being negative, it just doesn’t give you what you need," he says. "So, we focus on what we can do. We control what we can control. We don’t worry about what other people are doing."

But, he’s also looking forward to the future.

"When I think of how far we’ve come, how much we’ve grown, I couldn’t be more proud or excited for what the next 40 will bring," he says. "It started as a little tavern; an adventure in my thirties. And now? It’s incredible."

During the remainder of March, customers can take part in Saz’s 40th birthday celebration with food and drink specials including 40 cent MillerCoors tappers at the famed "Round Bar," throwback pricing on its award-winning BBQ Baby Back Ribs ($40 for two full rack dinners Monday-Thursday, dine-in only) and retro drink specials.

The State House will also elicit nostalgia with live entertainment including music from the '70s and '80s every Thursday in March. A grand buffet will be available for $10 on March 31 from 6 to 8 p.m. All proceeds will benefit the Wisconsin State Fair Foundation and Variety-the Children’s Charity of Wisconsin.