Born and raised Michigan, guitarist Scott Sharrard moved to Milwaukee as a teenager. Now, he's got five solo records and years of work as a professional musician under his belt. We talked to him before he returns home next week for a show at Riverwest Public House.

Born and raised (mostly) across the lake in Dearborn, Michigan, guitarist Scott Sharrard moved to Milwaukee as a teenager.

Joining bands and gigging around town with a wide variety of talent – local and national – Sharrard got good. Really good.

After leaving for New York, he ended up earning a coveted spot in the Gregg Allman Band in 2008, a job he held until Allman’s passing in 2017. At the same time, he’s kept up his work as a solo musician, releasing five records, including "Ante Up" in 2008 and his latest, "Saving Grace," due out in September.

Sharrard returns to Brew City for a gig at Riverwest Public House on Aug. 21, at which he’ll surely preview some of the material from the new record.

We caught up with Sharrard while he was in Japan to ask him about his connection to Milwaukee, "Saving Grace" and more. 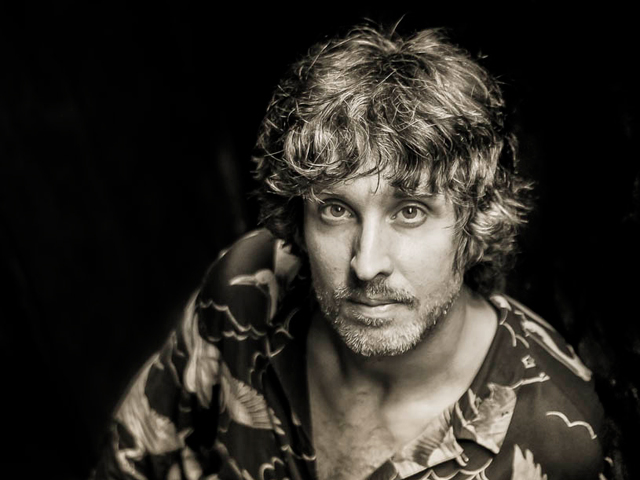 OnMilwaukee:Tell us about your Milwaukee background: when you got here, your involvement in the music scene, etc.

Scott Sharrard: I moved to Milwaukee with my parents in the mid-1990s. I was a sophomore in high school and I auditioned and got into the incredible jazz program at Milwaukee High School of the Arts. So by day, I was getting a complete diet of great jazz harmonies, theory, and networking with teenage musicians who were also obsessed with being pros.

By night my home was the Up and Under on Brady Street. When Mike Kostel was running the joint it was like a salon for the best of the best in blues. Stokes and Willie Higgins were my main mentors but Hubert Sumlin, Pinteop Perkins, Harvey Scales, Ron Hill and many others schooled me on gigs ... not to mention seeing Luther Allison, Otis Rush, Ronnie Earl, and so many others tear the place down. By my late teens The Chesterfield Kings, my band at the time with Mike Pyne, Dave Cornette, Rick Holmes and Sean Dixon had an every Thursday slot.

How important was your experience at Milwaukee High School of the Arts in terms of music and your career?

My friends from school – Sean Dixon, Kay Pfaffl and Shon Hinton among them – have all gone on to great careers as professional musicians. We have also forged lifelong friendships. Sean Dixon, Katy Pfaffl and I all met in the jazz band and all moved together to NYC back in the summer of 1997. Guys like Gerald Cannon and Melvin Rhyne, as well as Manty Ellis and Penny Godwin would come by and school us as part of the program.

MHSA also had a deal with the local jazz foundation at the time and Joshua Redman, Kenny Barron, Roy Hargrove and many others would come to give clinics and allow us to attend their shows as part of this program. It was amazing for a public school. The professor was Cliff Gribble. Cliff was a great guy with a deep love for big band swing and bebop.

What do you think was your most important musical experience here?

The scene in Milwaukee in the 1990s made me who I am as a musician. Every day was a precious chance to learn and grow. There we so many musical masters living in town at that time. I know it's not the same now, cause those guys have all passed away or moved out of town. Stokes is still there performing and he’s the best around, so go support him, I'll be tracking him down when I’m in town.

You moved with The Chesterfield Kings to New York City. Did Milwaukee feel like a place you had to leave to make it in music in those days?

Sean Dixon and I moved to NYC in the summer of 1997. We found a rent-controlled place in the East Village, which was a rare gem already. As much as I loved Milwaukee's local scene, I was not growing. NYC kicked any ass on an existential level. I needed to improve as a writer, singer and performer. I also needed to be seasoned by what the world had to offer and NYC is a kind of crossroads of cultures. I still call it home. I've tried to leave many times but she always pulls me back. The energy is electric.

Do you get back here much?

I would love to come back more often. When I was a teenager we had to drive to Chicago to get great meals and clothes. Now Milwaukee has it all. It's more like Brooklyn in parts even. I've noticed that all over the Midwest. It’s gotten a lot hipper. I miss my friends and musical mentors the most: Stokes, Dave Cornette, Mike Pyne, Shon Hinton … great people and musicians, I track them down every chance I can, I consider them family.

You're touring for your new record, "Saving Grace," tell us a bit about it.

Man, making this new solo album was a life-changing experience. It's my fifth solo album, but this will be my first proper release without me having to split energy and time with The Gregg Allman Band. We got my musical heroes The Hi (Records) rhythm section from Memphis on half of it – they played on all those Al Green and Ann Peebles records and beyond! They also play with Robert Cray now, as well, they are the baddest of the bad.

Then the other half we did in Muscle Shoals at Fame – where we did Gregg Allman's last album – with members of the legendary Swampers rhythm team, Spooner Oldham and David Hood. Jason Isbell’s drummer Chad Gamble joined us there on drums. We did one track in NYC at the last minute.

Gregg Allman and I wrote a couple songs together. One of them was nominated for a Grammy last year: "My Only True Friend." The other one we ran out of time to get recorded as he passed away in May 2017. It’s a song called "Everything a Good Man Needs." It’s the only song on the album that I don’t sing because I wanted it to be a tribute to Gregg. So we got his favorite living singer and good friend, Taj Mahal, to sing it and our buddy, the legendary Bernard Purdie to play drums. It's a real funky lowdown blues.

I would say that "Saving Grace" is the summation of the last 20 years of my career and a chance to pay respect to all the masters and mentors I've met on this journey as I embark on my own path.

Will you get time to visit family and friends while you're back?

Man, we will only be in town for about 30 hours as it's in the middle of our tour. I will see the man I consider to be my close friend and "godfather" Michael Drescher, and, of course, I’m inviting all my local buddies to come down and jam. I think this show is gonna be a real homecoming.