Seth Meyers heard he inspired an accidental home birth in Milwaukee and chats about it on his show last night.

Last week, OnMilwaukee shared the story of a pregnant Whitefish Bay woman, Dr. Meggie Graham, who attended a Seth Meyers show at The Pabst Theater with her husband, Dan, earlier this month.

During the show, Meyers talked about how his wife recently and accidentally gave birth to their son in their apartment lobby. Meggie, at 36 weeks pregnant, and Dan joked on the way home about what they would do if that happened to them.

Later that same night, Graham delivered their daughter, a very healthy Ada Lou, in the family’s bathroom. Of course everyone blames Seth Meyers for this.

Meyers’ got wind of this story – how could he not? – and sent the Grahams a lox-and-bagel box, T-shirts and a handwritten note. 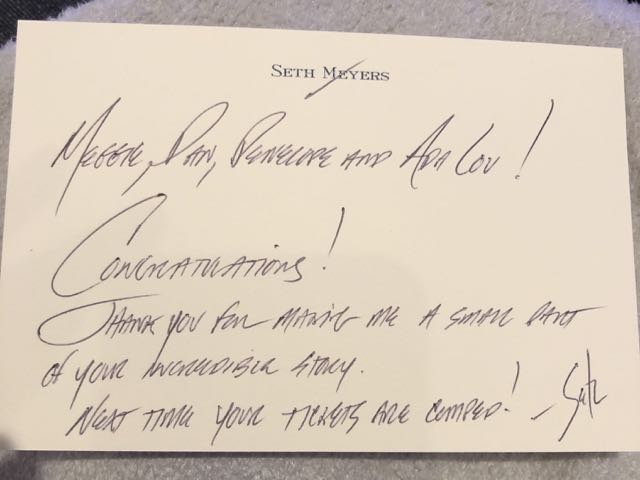 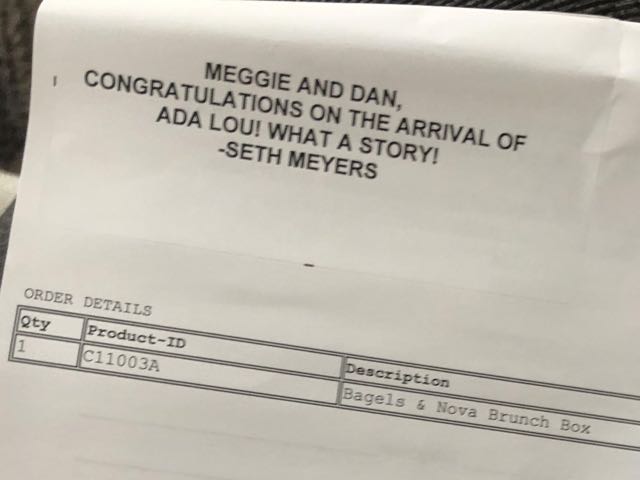 Then, to everyone’s surprise, he talked about it on "Late Night" last night.

Meyers reads from and shows the OnMilwaukee photo and screen capture of the story.

And yes, the Grahams do plan to hang a photo of Meyers in their bathroom. In fact, it’s already at the frame shop.