Shangri-La is a mythical utopia, but for one night at the Oriental theatre, it and the enchanting dreams within will be very real as local filmmakers Drew Rosas and Nick Sommer will debut their long-awaited internet series "Shangri-L.A."

Shangri-La is a mythical utopia, but for one night at the Oriental Theatre, it and the enchanting dreams within will be very real as Milwaukee filmmakers Drew Rosas and Nick Sommer debut their long-awaited internet series "Shangri-L.A."

Making its world theatrical premiere Friday night at 6:45 p.m. at the Oriental Theatre, Rosas and Sommer's independent episodic feature follows several oddball wanderers who've made their way – and are now trying to find their way – in the city of stars, Los Angeles. Some are desperate creatives. Others are tarot readers attempting to read our heroes' fickle futures. And some are happy just content falling away from the grid and grind of the big city.

Before the series hits the big screen this weekend, OnMilwaukee chatted with Rosas and Sommer about the project's evolution over the years, working in the new world of entertainment and bringing their movie back to Brew City.

OnMilwaukee: Last time we talked, we were chatting about a Kickstarter. How did all of that go and the post-production?

Drew Rosas: The Kickstarter was a success; we raised about $13,000, which is a modest but nice Kickstarter. In shooting, we added some content so we actually ended up with 13 episodes instead of 11, which was our original goal. It sort of expanded as we went. But we ended up producing everything and then doing all the post-production ourselves.

Nick Sommer: All the episodes average out to about 10 minutes, so we ended up with about two hours and 20 minutes of content. It’s taken us much longer than any of the movies we’ve worked on, but we’re also dealing with more content.

Drew Rosas: From starting writing to the premiere has been about four years. But the thing is, with a TV show, you have a different pacing to your content. You can imagine watching a feature film and you’d maybe have 10 minutes where you have maybe one scene. That would be a whole episode in our world, so that wouldn’t really work for a single episode; each one is packed with about four to six scenes with different locations and different characters. With ten minutes of the show, you get a lot more than you’d get from 10 minutes in a feature film. 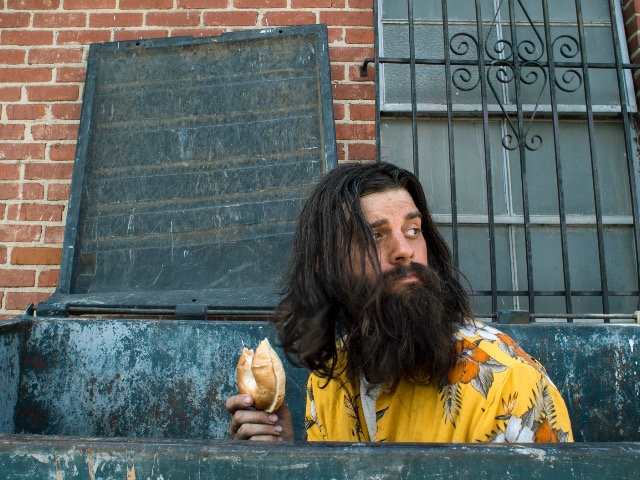 So did you edit Friday’s premiere into a feature film or is it showing as episodes?

Drew Rosas: It’ll play as episodic. When we finally did the edits and looked at it in post (production), we did have a version where we cut it all together, but we just thought it played better as episodes. There’s something really nice about the little breaks you get. It’s really like, when you come to the theater on Friday, you’re basically going to binge-watch the series with us. When have you ever been able to go to a theater and binge something?

Nick Sommer: We’ll have a little intermission, which people are used to as well, where you can have a bathroom break or get another beer or have a cigarette and then come back and watch the second half.

What’s it like bringing it back to Milwaukee – and back to the Oriental?

Drew Rosas: The Oriental is where, when I went to film school, I watched all the great, inspiring films from that period of my life. So it’s so cool to come back. When we heard that Milwaukee Film had taken control of the Oriental Theatre, that was when this idea hit us.

Nick Sommer: We screened a short of this at the Milwaukee Film Festival, but this is sort of a different beast, and we didn’t believe it necessarily fell into any of the Milwaukee Film Festival parameters. It’s a little longer and it’s episodic. So this is our chance to do our one theatrical premiere, which it’s always a pleasure to screen at the Oriental. It’s such an amazing theater – and you’re among your friends and family.

Drew Rosas: The best thing about coming back to Milwaukee is reuniting the community. There’s just such a tight and supportive filmmaking scene here, and with the film school and Milwaukee Film and the Filmmaker Alliance, people come out for it. It seemed like a no-brainer, even though it is an L.A. project – though we did shoot a handful of scenes in Milwaukee.

Nick Sommer: Yeah, we shot a bunch of scenes with him at Riverwest Film and Video. I don’t want to give away too much about their characters, but it’s pretty fascinating – and he’ll be there on Friday. We’ll actually do a Q&A after the screening that Mark’s going to moderate. I’m sure we’ll get some interesting questions. 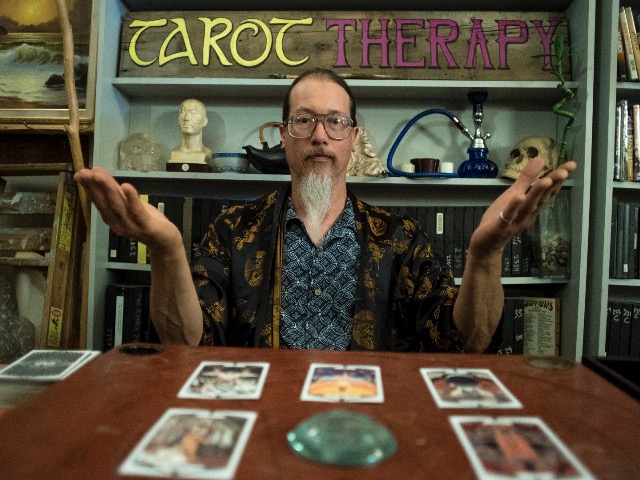 Drew Rosas: It also doubles as a fundraiser for the digital release. We’ve got a bunch of shirts that Nick printed himself in his basement.

Drew Rosas: Basically, we’re going to try to use this as a way to get the show out to our diehard fans and biggest supporters, and then any of the money we can raise from the screening and the merch will go into the digital side of the release: ad buys and getting an L.A. premiere set up, as well.

What’s next for "Shangri-L.A." after Friday’s screening?

Drew Rosas: We haven’t quite landed on an official release date for the digital side yet. We want to correspond that with the L.A. live premiere. I think what we’ll end up doing is to release the first two episodes on their own, let those churn out there for a while and use those to find the audience and the demographic. Then the idea is to release it on the Amazon Video platform and funnel everyone over there to watch it. But we want to have the first two sort of everywhere.

But basically everything will be on Amazon where you can buy the entire season, or we’re going to unlock a new episode every week for free. So you could buy it all out and binge the entire thing, or you can wait a week and get it for free. That way you have this steady, weekly excitement.

Nick Sommer: And, of course, we consider ourselves artists and we’re not about the money, but at some point, if you can monetize it, maybe we can make something else – or a season two! And if you’re watching it and you like it and you actually want to support something, it’ll be at such a cheap and reasonable price.

A lot of times, you watch something and you’re like, "I would throw them a little bit," so some people do donation buttons. There’s all kinds of different ways. So we’re still obviously feeling it all out. We’re not 100 percent on the plan, but this is the closest we’ve come to solidifying how we’re probably going to do our independent self-release.

Nick Sommer: Yeah, we’ve tried asking advice from everyone – even people that Drew’s talked to higher up in the industry – and they weren’t sure either the best way to release it.

Drew Rosas: It’s exciting territory, and I’m just pumped to see how it all plays out.

What’s next for you guys?

Drew Rosas: I just released a feature documentary that Nick’s in also that played in London last month in the Raindance Film Festival.

What’s that one about?

Drew Rosas: It’s called "The Settlement." It’s about a bunch of set builders in L.A. who basically leave behind their freelance jobs to build a temporary community. It’s a comedy documentary, which I think are kind of rare. It’s just a bunch of goofballs going out into the desert and playing sci-fi and role-playing. Nick’s one of the characters; I’m one of the characters. I know Nick’s working on another project, too.

Nick Sommer: Been trying to work on another feature called "Wedlocked and Loaded" about two small-town wedding videographers. It’s set in the ’80s; one of the wedding videographers is trying to become successful in the business and advance and get engaged and married on his own, and the other one loves the party lifestyle. They break up as partners and best friends, and the one teams with the 18-year-old neighbor kid across the street to try to get his best friend back.

Drew Rosas: And then, of course, we’d love to do more episodes of "Shangri-L.A."

Nick Sommer: Definitely. Or anything that stems off from it. We’re always open and interested in things. We also have other scripts on the back burner at all times. You never know where you’re going to end up or where it’s going to go or what project is going to be next on the to-do list. It just depends on how you’re feeling or who you talk to. There’s all kinds of different genres. We’ve been through a bunch; we like all genres. As long as we’re always working on something, I’m pretty content.