We all know the James Beard nominees and winners. But, what about the other chefs who toil behind the scenes with little to no credit for their work? Here are six who deserve kudos for their work.

There’s any number of reasons why chefs – even those who make deliciously spot-on fare – escape the limelight. Sometimes it’s due to sheer modesty. Often it’s because the food they serve up each day in their respective restaurants is simply taken for granted.

We all know and respect the big guys: the James Beard Award winners and nominees, as well as the well known chefs serving up food at popular (usually fine dining) hot spots. But Milwaukee is also home to numerous hard-working chefs who often escape mention when we create our "top 10" lists.

Here are six (listed in alphabetical order) whose creativity in the kitchen is worthy of note. 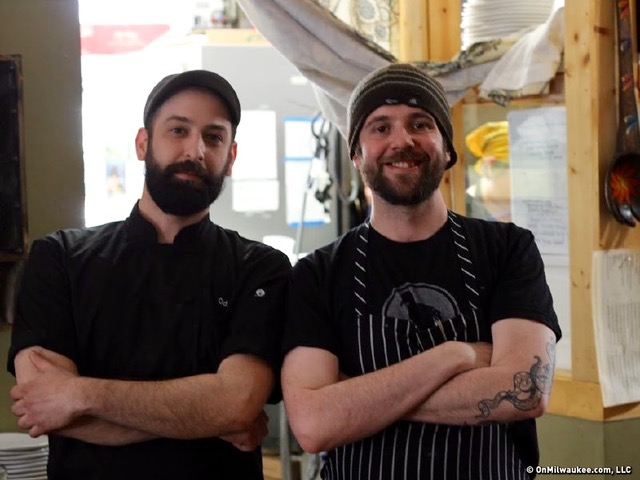 There’s always buzz about the dishes at Odd Duck. But have you ever really thought about what makes the food there so spectacular? A lot has to do with Ross Bachhuber, chef, co-owner and small plates wizard. From the very beginning, he's woven a sort of magic over the menu at the restaurant, and that influence has helped to shape the careers of numerous chefs who've worked with him in the kitchen (including, most recently, Daniel Jacobs). Bachhuber is a quiet sort of a guy who prefers to stay behind the scenes. So you’ll seldom see him tooting his own horn. But that doesn’t mean he doesn’t deserve a drum roll every now and again. 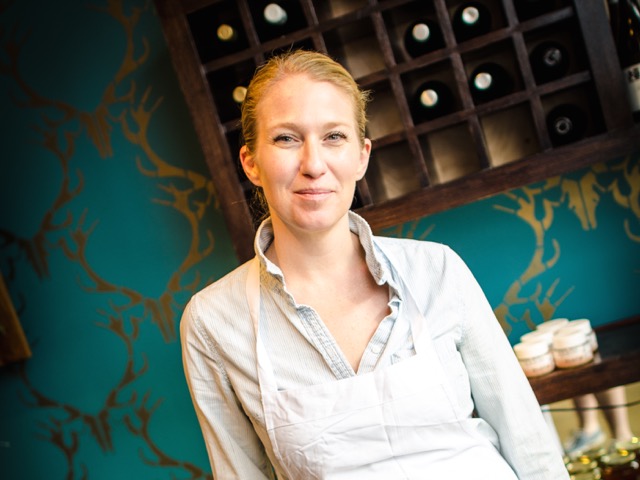 Have you ever wondered why the salads at Bavette always seem to be matchless, in terms of flavor? Or why even the most unexpected ingredient combinations make for some of the most delicious sandwiches you’ve ever eaten? Well, it has everything to do with the seemingly golden palate of Chef Karen Bell, who has a knack for making even the simplest of dishes extraordinary. Her expert technique is evident in components like lemon white truffle vinaigrette (that’s both bright and earthy all at once) and pleasant surprises like the beef carpaccio, which is so tender and flavorful it practically melts in your mouth.

3. Nell Benton of The National Cafe 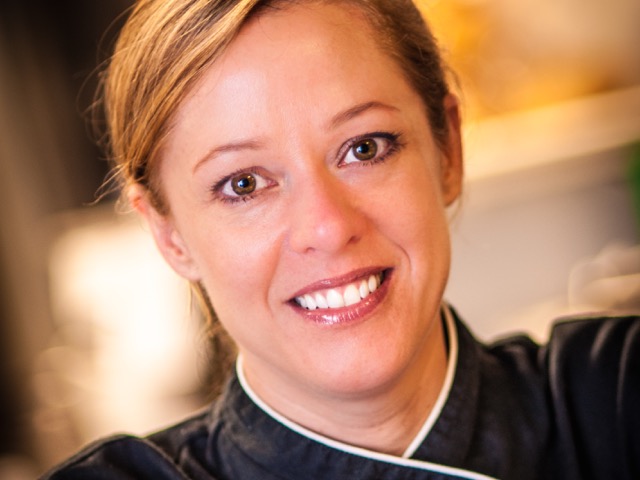 Maybe you’ve grabbed breakfast at The National Cafe on a casual morning, or you’ve grabbed a sandwich over the lunch hour. Hopefully you’ve indulged in at least one bowl of her ramen, which includes the springiest house-made noodles you could ever imagine. But, if you haven’t eaten creatively catered meals prepared by Chef Nell Benton at a special event or savored one of her courses at a Food for Thought collaborative chef dinner, you might not even think about the talent that’s behind many of the unassuming dishes at the cafe. Benton herself is about as modest as they come. But her chops in the kitchen are worthy of far more accolades than she’s been given. 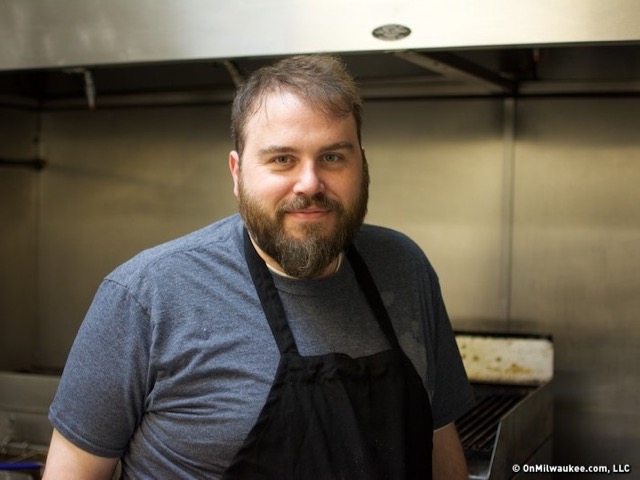 You don’t really expect there to be a talented chef behind the curtain at a casual South Side bar, and when you’re eating smothered tater tots and pulled pork sandwiches, you’re not likely to be admiring the technique employed to make it so tasty. But Chef Sean Henninger isn’t a slouch when it comes to details; remember, this is the guy whose palate was behind Walker’s Point Atomic Chocolates (a confectionary that served up oodles of creatively conceived truffles and cocoa-based treats) as well as Times Square Pizza.

5. Adam Lucks of Honeypie and Palomino 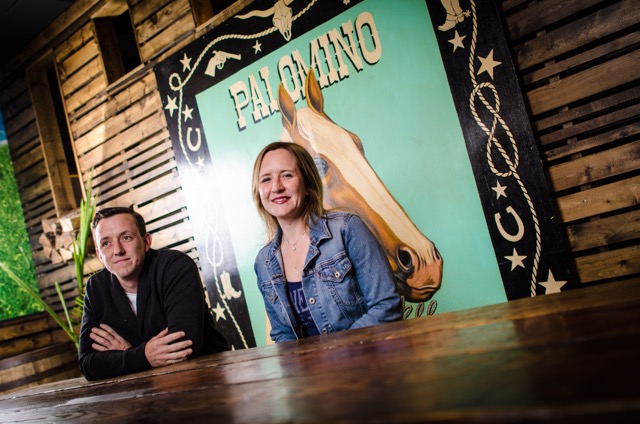 You can always tell when Lucks is in the kitchen at Palomino. The fried chicken is a bit more crisp. The hush puppies just a bit more tender. Sure, it’s comfort food fare, but it’s also spectacularly done. And it’s evident that, at the base of it all, there’s impeccable technique driving each dish. It’s also a good sign when there’s no scrimping on ingredients; and that’s the case at both Honeypie and Palomino, where you’ll find local vegetables and sustainably raised meats. In Lucks’ case, the secret is in cooking food that he’d like to eat, from ingredients that he’d be proud to ingest. 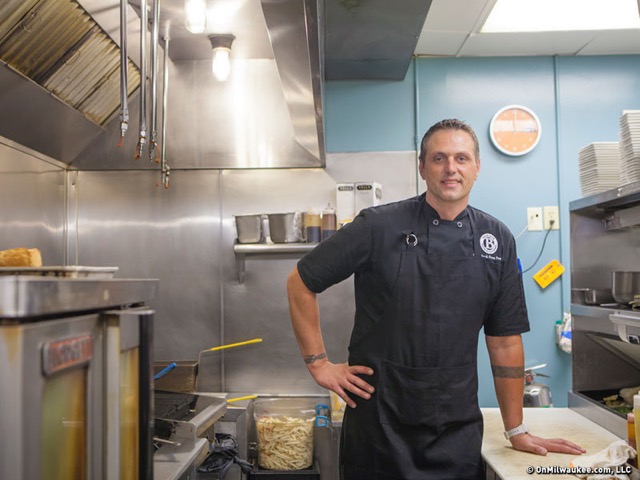 I get the feeling that there are a lot of people in Milwaukee who’ve not yet eaten at Buckley’s. And that’s a shame, because Chef Christian Schroeder has a real knack for pulling out the stops when it comes to creative cuisine. And he seems to excel in creating unique dishes with flavor combinations that are just a bit unexpected. Take his autumnal seared sea scallops served with chipotle morita dusted pork belly, saffron-heirloom pumpkin purée, pequillo "onion rings," marcona almonds and sage oil.

Bonus mention: virtually every sous chef in the city

If anyone is overlooked, overworked and under-recognized, it’s a sous chef. These guys and gals work night and day, keeping kitchens across the city running smoothly … simultaneously making their executive chefs look great. So, here’s a shout-out to all of you sous. Thank you for everything you do. You can read more about some of the city’s best in my sous chef series.

Do you have a favorite underrated chef in Milwaukee? Share his or her name in the Talkbacks.