The Bucyrus Foundation is donating $2 million to South Milwaukee to help fund two projects downtown, including $1.5 million toward the renovation of the Bucyrus Club, a venue that has played a role in the lives of countless South Milwaukeeans, and a new public space nearby.

In 1891, Ohio’s Bucyrus Foundry and Manufacturing Company moved to South Milwaukee and became the heartbeat of the city as its largest employer for nearly 120 years.

Built in 1892 for the Schultz Brothers Furniture Company and also used by the Racine Fire Engine and Motor Company, Bucyrus bought the building at 1919 12th Ave. in 1910 for use as a machine shop. A decade later it was transformed into the Bucyrus Club for employees, with a dining area and bar, bowling alleys, a gym, a stage and handball court.

Most everyone "of a certain age" in South Milwaukee can recall attending banquets, award ceremonies, wedding receptions, high school reunions, Lions Club meetings, pinochle tournaments and other events at the Bucyrus Club, which became the South Milwaukee Community Center in 1994 and Papa Luigi’s II in 2006. 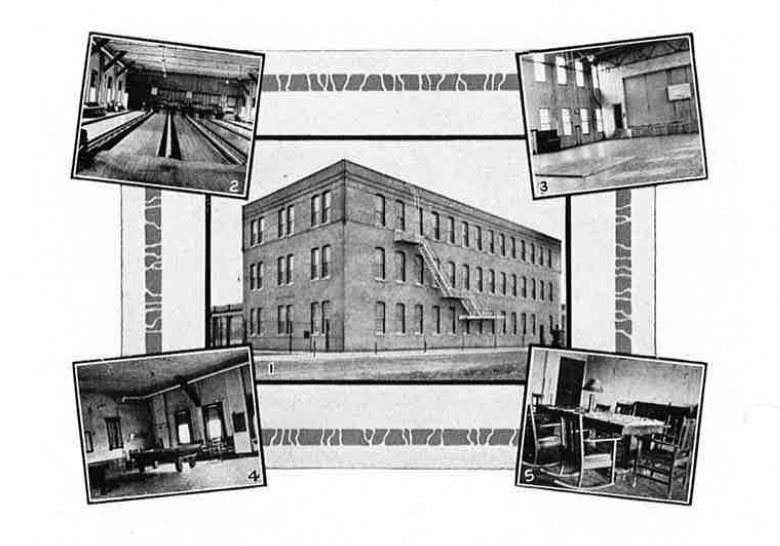 The now-city-owned property will once again be named the Bucyrus Club and will house the South Milwaukee Industrial Museum, launched in 2017, and a banquet facility – and future Friday night fish fry spot! – operated by Skyline Catering.

The goal is to have an at least partial opening on Dec. 18, which will mark the 100th anniversary of the opening of the Bucyrus Club.

"We could not do this alone. That is why I am so thankful for partners like the Bucyrus Foundation, South Milwaukee Industrial Museum and Skyline Catering. Without them, this project would never become reality.

"It will bring our proud past to life, telling the story of Bucyrus, its workers and their impact on the city and the world in a really unique way. We are incredibly proud of our heritage in South Milwaukee, and we need to do a better job telling that story. This does that, and more, for generations to come."

The project is expected to cost $3 million and create around 50 new food and beverage jobs. Some improvements will be paid for by Skyline Catering, which will pay rent to the city for its use of the building. Other funding will come from tax incremental finance district revenue and economic development grants.

The Bucyrus Club will be the first permanent home for the museum, which uses artifacts, photographs, records and more to trace the history, innovation and machines manufactured at Bucyrus (which became Bucyrus-Erie in 1927 with the purchase of Erie Steam Shovel Company. The company was purchased by Caterpillar in 2011 and the South Milwaukee plant closed in 2016 after 123 years of uninterrupted production.)

The South Milwaukee Common Council approved the purchase of the building for $560,000 on Wednesday night and the sale closed Thursday morning. Online real estate sites show the building was listed at $595,000.

The Bucyrus Foundation will also make a $500,000 gift toward the redevelopment of a 3/4-acre property a block from the club at 11th and Madison, which has been the site of the South Milwaukee Downtown Market and Crusherfest.

The goal, according to Brooks, is to create a unique public space that highlights the city’s manufacturing heritage.

The city has tapped Madison-based Saiki Design to help in planning the space, which will likely include what a statement calls, "permanent facilities to support special events and daily users, as well as historical features evoking the manufacturing history of the city."

"The Bucyrus Foundation is proud to make this contribution honoring South Milwaukee's proud past and promising future, and the legacy and heritage of Bucyrus," said Sullivan. "We were honored to call South Milwaukee home for more than 100 years. This gift will ensure generations to come know the story of Bucyrus and the equipment thousands of South Milwaukee residents built, to build the world.

"Creation of this destination public space is an important part of this deal, and we thank the Bucyrus Foundation for their generous investment," added Brooks. "I can’t wait to work with all of our partners – and the community as a whole – to breathe new life into this part of our city center."