It's pretty tough for a restaurant to survive for a lengthy period of time. But when restaurants do, it's for good reason. Take Swig, for instance, which is celebrating 15 years in business thanks to a dedication to constant evolution.

If you take a look around at the Milwaukee food scene today, you’ll see a much changed landscape from a decade ago. There are far more restaurants, a larger variety from which to choose and a good number that have received regional and national acclaim.

With that growth comes change. There are more openings, but also more closings. There are more restaurants pushing boundaries and taking chances; and all of those things are innately good. Milwaukee is beginning to experience the "churn" of a robust, actively evolving dining community.

Of course, that scares some people. And it makes people ask questions like: "Is the bubble about to burst?"

The reality is, this isn’t about bubbles. But it is about evolution. There’s only one constant in life and that’s change. Restaurants that want to survive in a changing climate need to roll with the tides, listening to diners and paying attention to what they want from their dining experiences.

One of the places that has done this successfully (but very much without notice) is Swig, 217 N. Broadway. For 15 years, the restaurant has persisted. And over the years it's weathered a location change, maintained its stride in a competitive market and continues to attract regular lunch and dinner crowds.

One of the keys to the longevity is change. And once again, after 15 years, the Third Ward restaurant is making more changes, including updates to its menu and an interior refresh, all of which will take place between now and the end of May (keep reading for details).

From Water Street to the Third Ward

Some might remember a time when Swig was located in the heart of the Water Street entertainment district. The bar and lounge opened in 2004 in the building which now houses Red Rock Saloon.

It took the place of 1225 Water (one of Joe and Angie Sorge's first projects), a three-in-one concept that included Luke’s on Water, the Malibu Beach Club and Sky Lounge, the home of Milwaukee’s first oxygen bar.

The Swig concept was the product of the Sorges' travels, during which they found themselves enjoying appetizers, cigars and cocktails at a variety of venues. They were particularly inspired by one they visited in Charleston, South Carolina, which featured a lounge-like atmosphere and something Joe Sorge calls a "couch menu."

Today, we’d call that concept "snacks" or "small plates," and there’s nothing shiny or new about it. But, at the time, there wasn’t really anything like it in Milwaukee, barring the tapas you’d find at a Spanish restaurant like the now-defunct Don Quixote. And the idea of shareable small plates and a martini-lounge vibe became a piece of their experience that the Sorges brought with them when they moved to Milwaukee.

In theory, the concept was a great idea; it brought something new to  the city, and did it in a way that diners and bar-goers hadn’t seen before. But the location was challenging. Business was good during the dinner hour, when the bar attracted folks who were dining Downtown prior to seeing theater performances or concerts. But it stuck out like a sore thumb as the night wore on and Water Street transformed into more of a "bar scene."

"It was a great business concept, but a terrible location," Sorge recalls. "Rather than fighting against it, we decided to move. We opened Sullivan’s, a venue that better served the Water Street crowd, and we moved Swig to its current location in the Third Ward."

It was a ballsy move. Concepts don’t always survive a change in location, let alone one to a new neighborhood. But, in 2008, Swig opened successfully in the former home of Sauce, a trendy upscale dining spot with a cozy fireplace and large windows that offered open air dining in the summer. 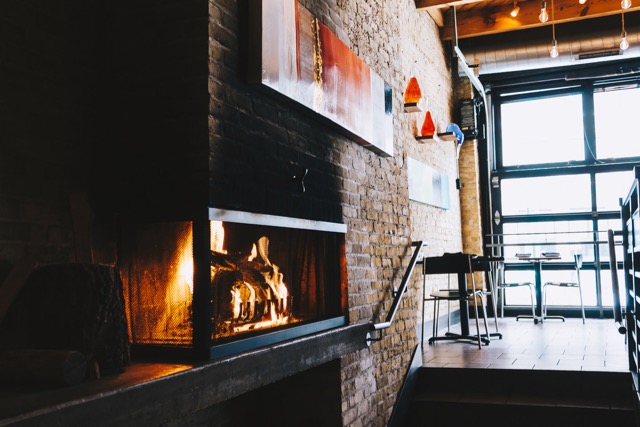 When Swig opened, it broke a lot of rules. It was one of the first restaurants to sport Edison bulbs, a trend which has now been done (and overdone) across the city. It also offered a menu that showcased numerous vegetarian items, something that was less common than it is now.

More importantly, the menu didn’t remain stagnant. Numerous items were 86’d after a time, like the much-beloved phyllo-wrapped baked brie.

"The brie didn’t survive," Sorge confirms, "Strictly because it took 25 minutes to get it to the table … and for a large part of our audience, time was of the essence."

The original small plates menu also evolved to include sandwiches, and burgers, as more businesses opened in the area and demand for lunch increased significantly. Even standards — like the restaurant’s crostini — changed with the times, moving from a classic preparation with basil, tomatoes and olive oil to a more complex dish with basil, arugula and white bean puree.

Of course, there were items that became a permanent part of Swig’s DNA. Take for instance the black bean cakes, which were made famous when Oprah Winfrey loved them so much when dining at Swig that she requested they be delivered to her in Chicago.

From bottomless mimosas to Power Plates

Guests who haven’t been to Swig in a while are likely to note numerous menu changes, many of which have taken place over the past few months. There are new brunch items, quite a few of which were brought over from the Water Buffalo menu when that restaurant closed (take for instance the bottomless mimosas).

On the lunch and and dinner menu, there’s comfort in standards like crab cakes, peppercorn tuna and the smoked salmon tower and tempura snap peas. 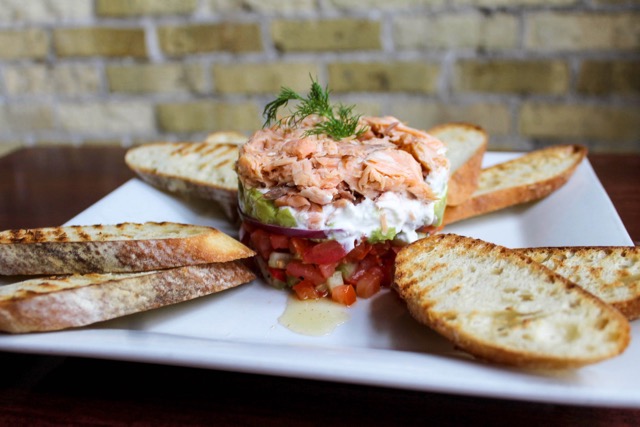 However, there are also new items, like Power Plates, an addition that sprung from the from the increased popularity of fresh, seasonal dishes and plant-based meals. Each bowl is created as a vegetarian entree, but can be customized with the addition of proteins including chicken, tuna, salmon or shrimp for a reasonable upcharge. 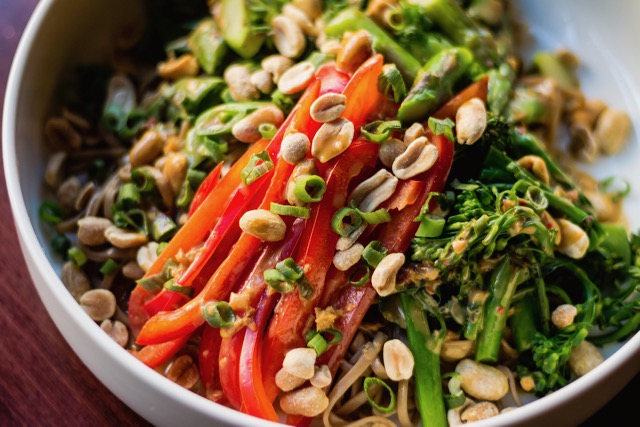 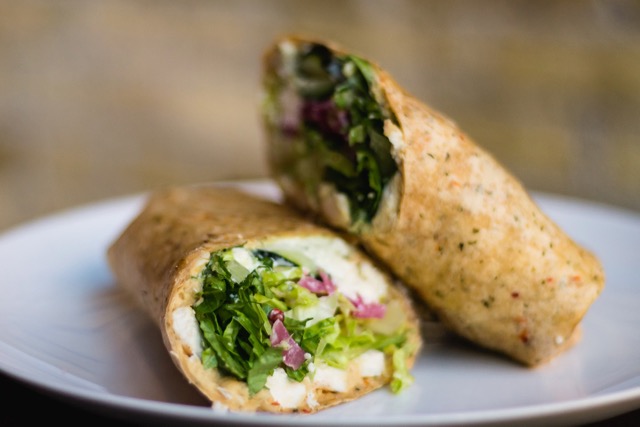 Sorge says they’ve been easing into the new menu for the past couple of months, gathering feedback from guests and making adjustments as needed. The final menu is expected to be released the week of May 20. Diners can also expect a refreshed restaurant with new lighting, furniture and a new splash of color on the walls.

"We called this company Hospitality Democracy for a reason," Sorge says. "And that’s because the guest is involved with what’s planned for them. And that’s a big reason for the success of places like Swig."

Rustico gets an overhaul