Don't sleep on the food at El Tlaxcalteca. It's wonderful.

My first visits to El Tlaxcalteca took place in early 2019, just a few months after the restaurant opened. The menu was filled with regional specialties; but I looked forward most to the selection of daily specials, which included items like tortitas de pollo (chicken croquettes) served with egg,  pozole, machetes, albondigas and pipian rojo with pork. Every dish, it seemed, was more delicious than the last, and I found myself thinking about the restaurant and plotting my next return.

Although I’ve eaten most of my meals at the cozy restaurant, which is bright, tidy and tucked away on the Southern edge of the Burnham strip mall, that was before the pandemic hit. So  I determined my cravings would have to be filled via carry-out. To my delight, I found that their expanded menu included a wealth of options, including a number of items which had previously only appeared as specials, including birria (in a variety of forms) and machete, a dish my dining companion had ordered blindly on a previous trip and which struck us both with some level of surprise, but also made an impression well worth revisiting.

I started with an order of guacamole ($7.50), which was fresh and uncomplicated, strewn with fresh tomatoes, jalapenos, cilantro and onions. It came with a generous amount of colored tortilla chips for eating. 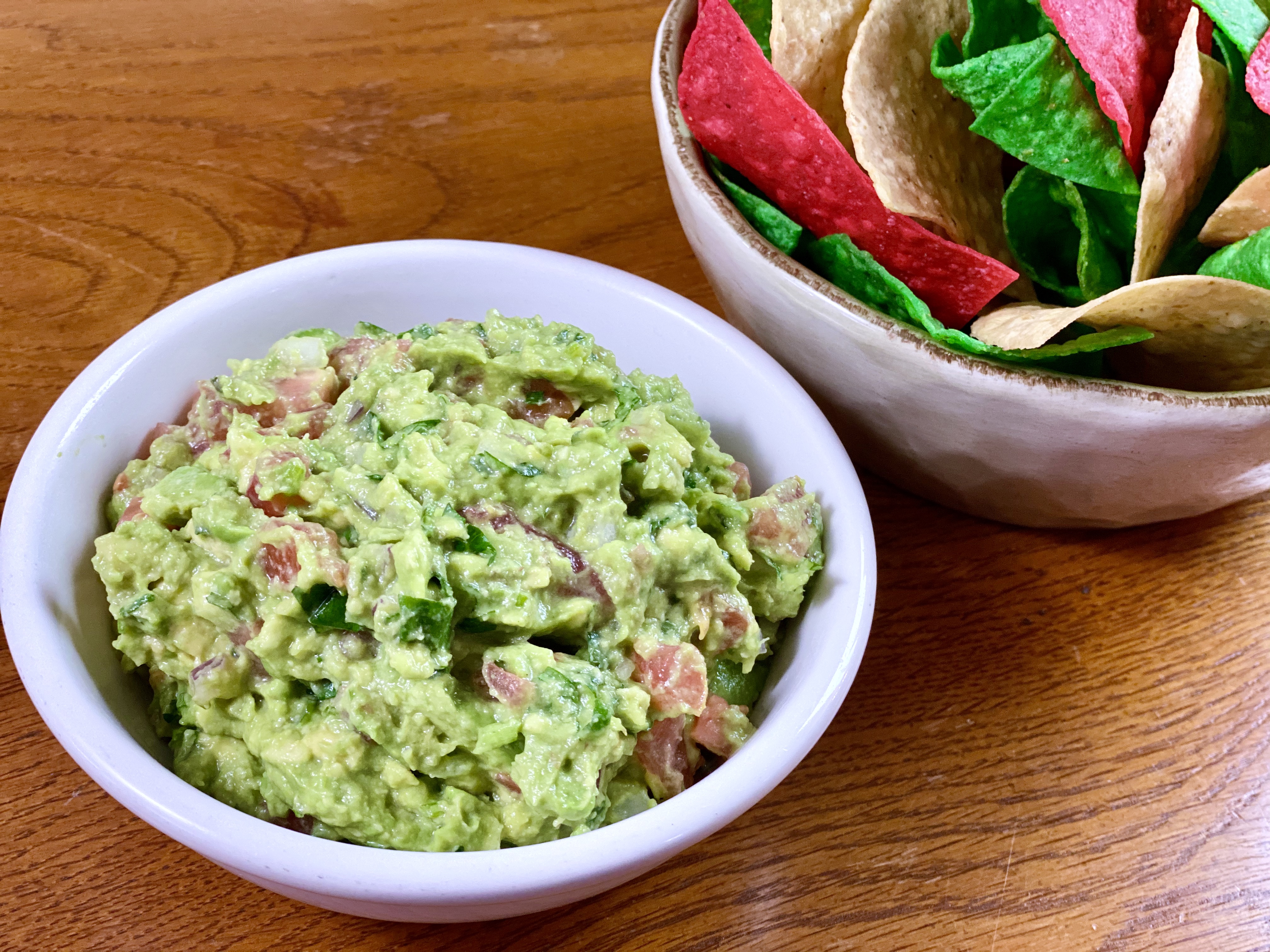 The machete is a creation so impressive in size that you might expect it to be part of a food challenge. But it’s not. In fact, the machete has been a popular dish in Mexico City since the 1960s. Comprised of masa, pressed into a large oval shape on a flat-top grill and filled with guests’ choice of meats and loads of delicious Mexican melting cheese, the three-foot-long, three pound creation would easily feed four. In our case, it made for a filling meal, plus two rounds of leftovers (which crisped up nicely on a hot skillet). 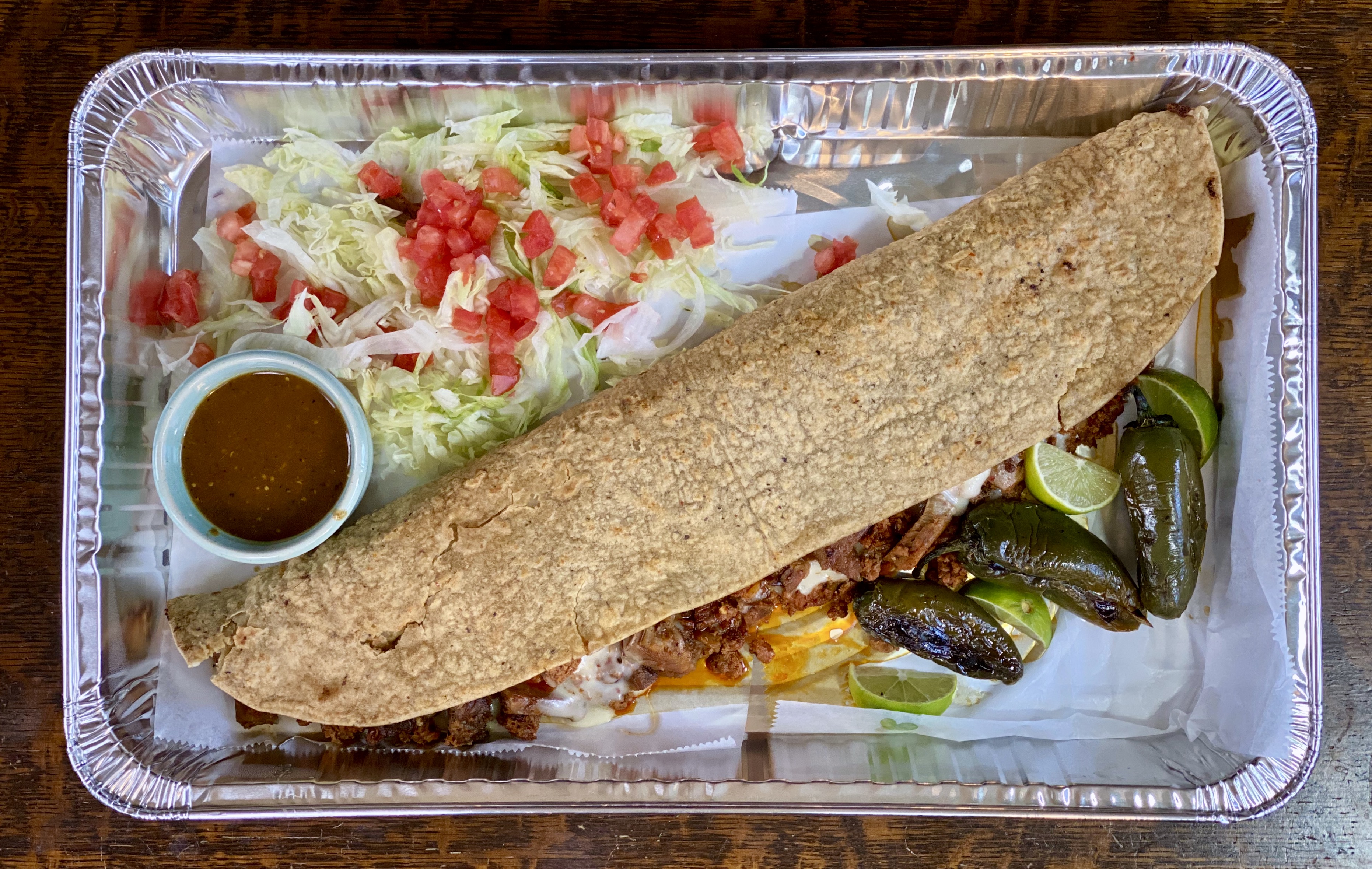 We ordered our machete filled with tender carnitas and flavorful chorizo, both redolent with chilis and spices and held together by a generous amount of cheese. It was delicious combined with bites of roasted jalapenos, a squeeze of fresh lime and the accompanying salsa, which was simultaneously bright and smokey ($17). Next time, I’ll ask for it to be filled with birria de res, which I can only imagine to be just as good, if not better. 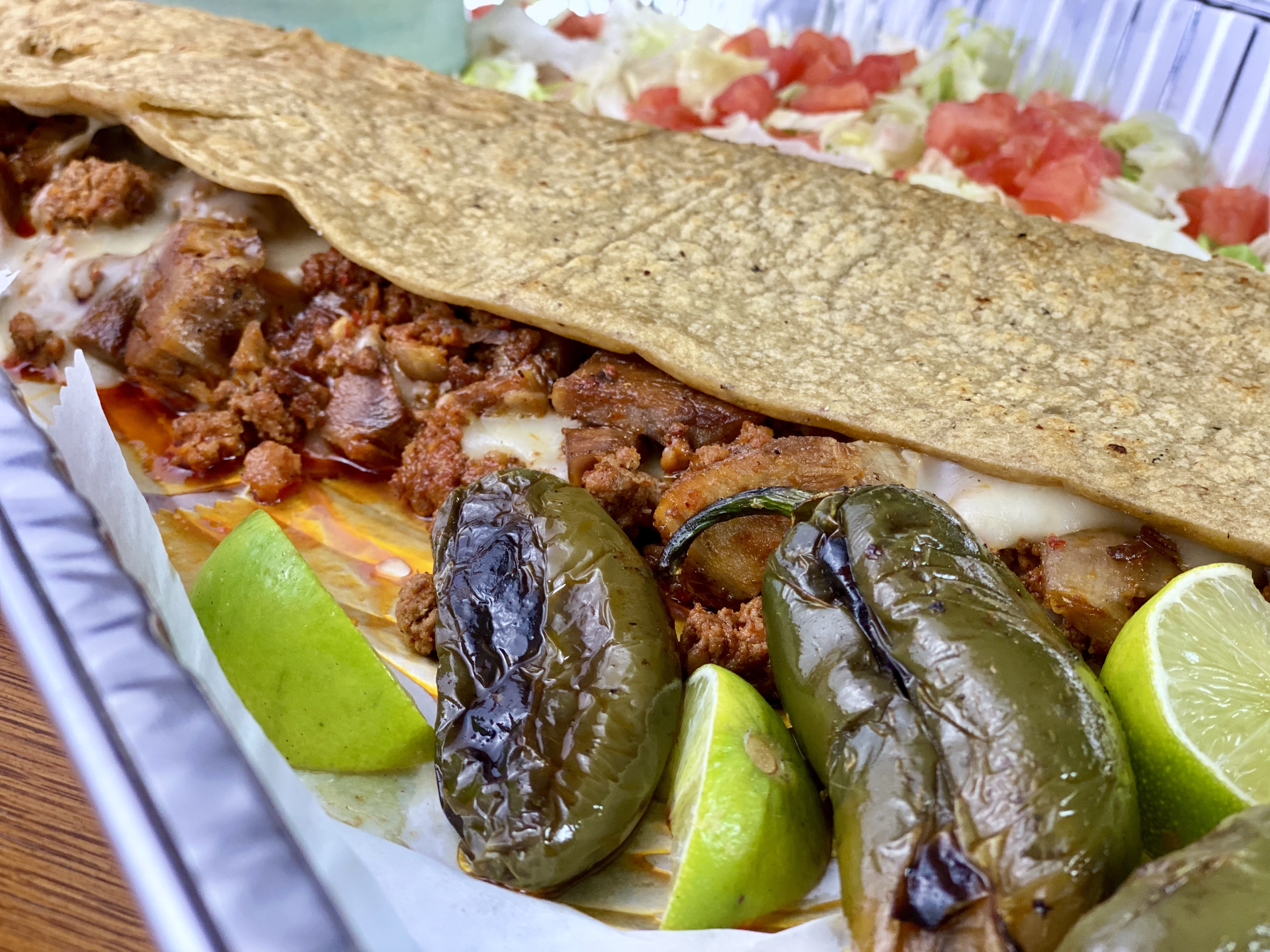 Maybe somewhat greedily, I did order birria as well. But since tacos so often suffer in transit, I opted for the birria de res dinner, which comes with beans, rice and tortillas ($13.75). It was a good decision, and would be the perfect taco take-out hack if it wasn’t missing the finishing touches of raw onion and cilantro. Nonetheless, the pulled beef, braised until tender in flavorful broth was beefy perfection tucked inside a soft warm tortilla. 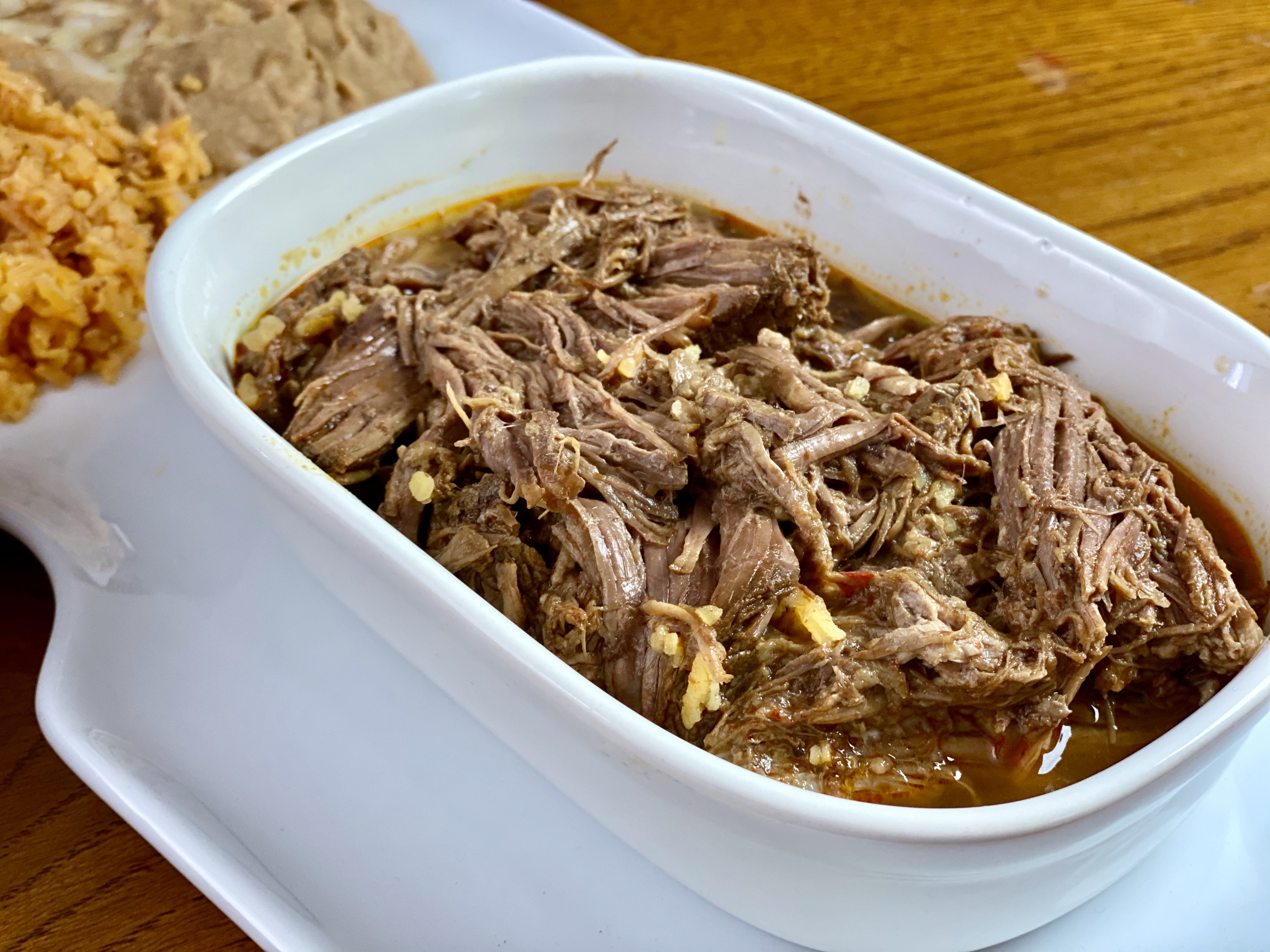 Next time, I’m likely to delve in further. After all, in recent months, El Tlaxcalteca has dedicated an entire section of their menu to birria, which can be ordered in burritos, tortas, nachos and options like Keto tacos de birria (served on a tortilla made of cheese); vampiros de birria (tortillas crisped on the griddle and topped open-face-style with cheese and birria), mulitas (a warm corn tortilla topped with cheese and birria and then sandwiched together with another tortilla) and - maybe most creative of all - ramen de birria, a bowl of chili-infused birria stew complete with ramen noodles.

Definitely something to look forward to on my next trip.

Carry-out orders can be placed by phone. I opted to order at the restaurant so that my food would be as warm as possible for the trip home. The wait wasn’t long, about 15 minutes, just after the lunch hour; and service was friendly and efficient.

El Tlaxcalteca is open daily from 9 a.m. to 9 p.m. You can view their full menu on Facebook.