In these times, fond food memories are exactly what the doctor ordered.

The past nine months have been challenging for restaurants across the city. But it’s possible that none have felt the tangential pressures of the pandemic more than Asian restaurants, which bore the burden of xenophobic abuses, particularly early on.

Some restaurants, including Lucky Liu’s, shut down for weeks to preserve the safety and well-being of their employees. It was not a proud moment for our city (and I hope we’ve all  learned from the experience and come away better for it); but it was encouraging to see the number of patrons who verbally pledged to support the restaurant when Lucky Liu’s reopened in May. And it’s the support we should continue to offer to all of the local restaurants we hope will stay afloat as we move into the challenging winter season.

I had a craving for Chinese food this week. And, as I glanced through my list of potential spots to grab carry-out, Lucky Liu’s bobbed to the surface. So, I grabbed my phone and meandered through their menu, ordering up a mix of old standards and new-to-me dishes for take-out.

My order came out of the restaurant fresh and hot and (thanks to my trusty insulated bag) made it home in near perfect condition. 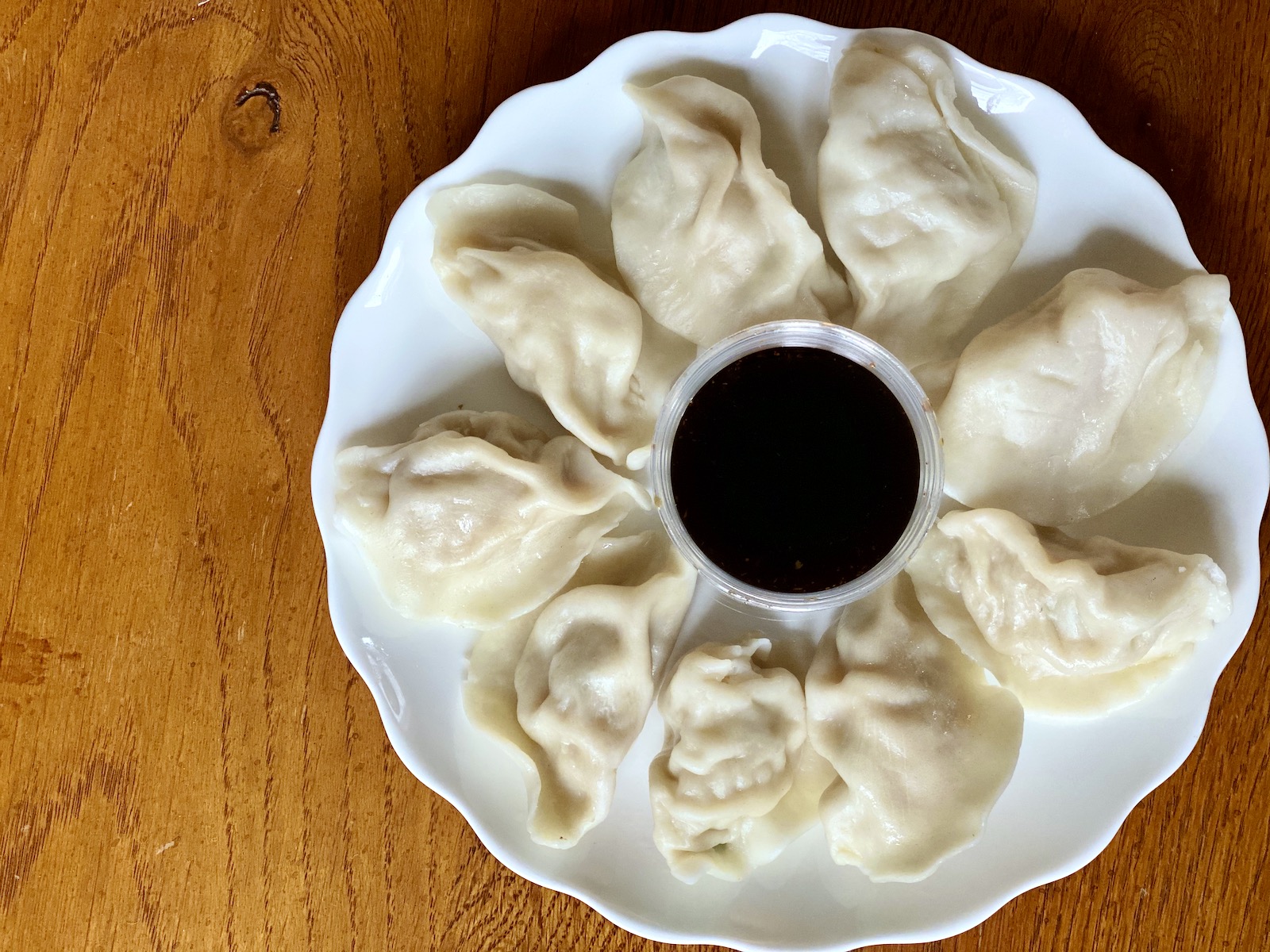 Among the items in our order were tender steamed dumplings filled with mildly flavored pork and scallions and served with a flavorful soy dipping sauce ($6.95). As a bonus, our order – which promised six dumplings – actually came with nine.

Meanwhile, tthe vegetable egg foo young (a dish that’s almost always among my perennial favorites) was chock-full of vegetables, from onions and bean sprouts to zucchini and broccoli; the accompanying sauce had good flavor without being excessively salty (three patties for $8.75). 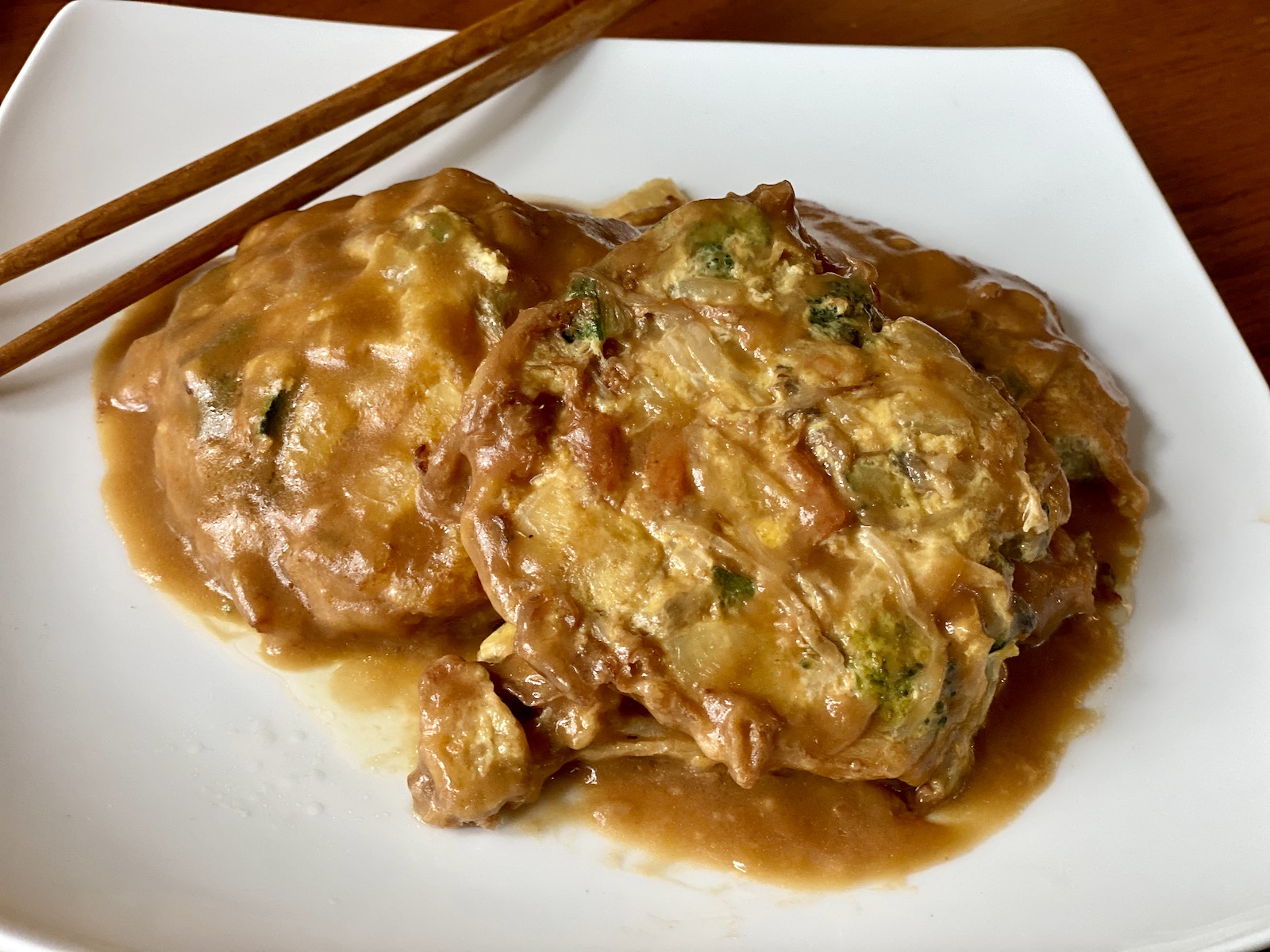 We also ordered the combination chow mein, a dish I don’t think I’ve eaten anywhere for over a decade. But on this particular day, it hit the spot. Ours included a mixture of bean sprouts, onions and shredded carrots along with fairly equal amounts of shrimp, beef and chicken ($10.25). 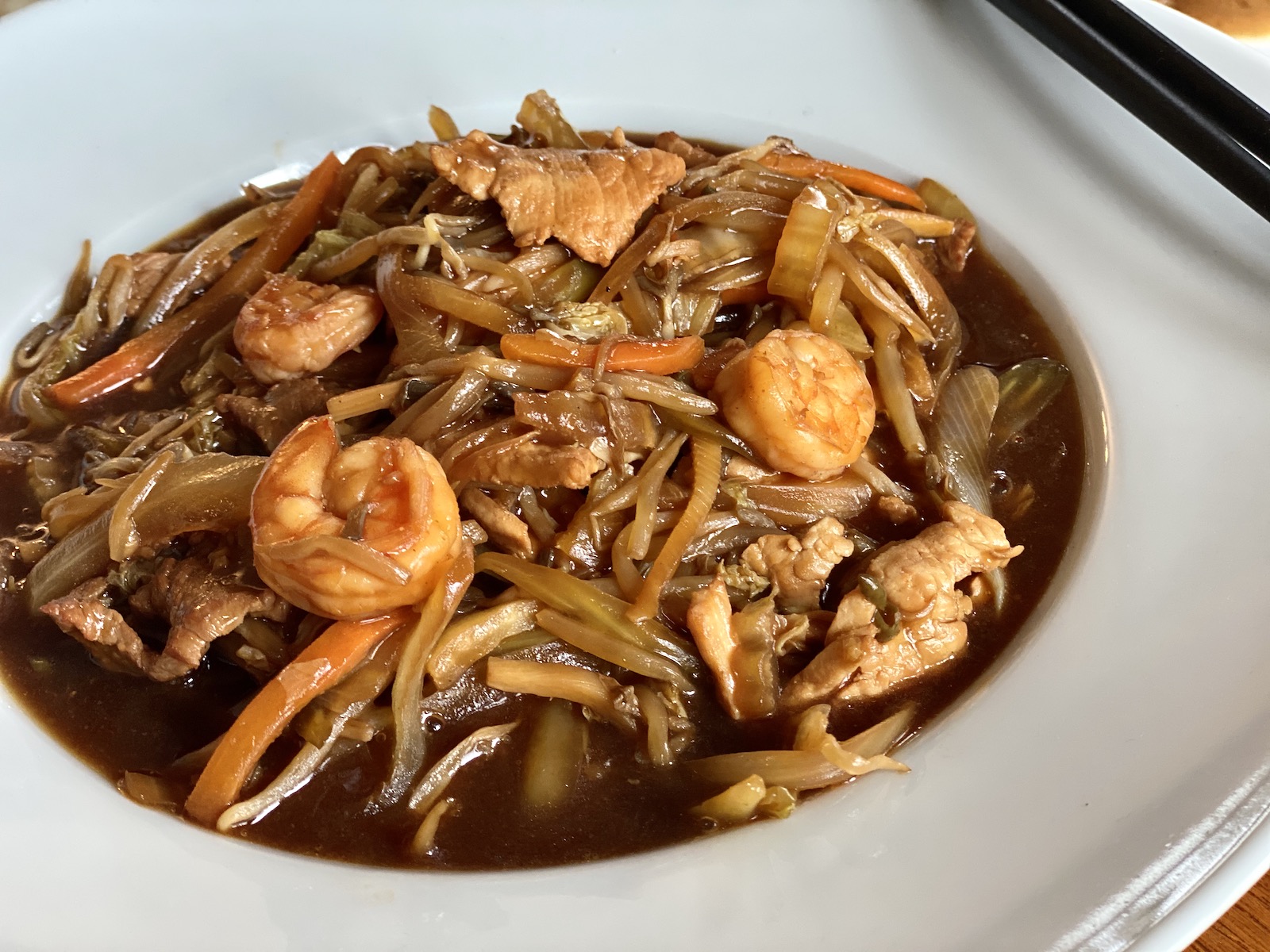 We ordered ours "Hong Kong style," so it came with delightfully crisp restaurant-style fried wide noodles alongside. 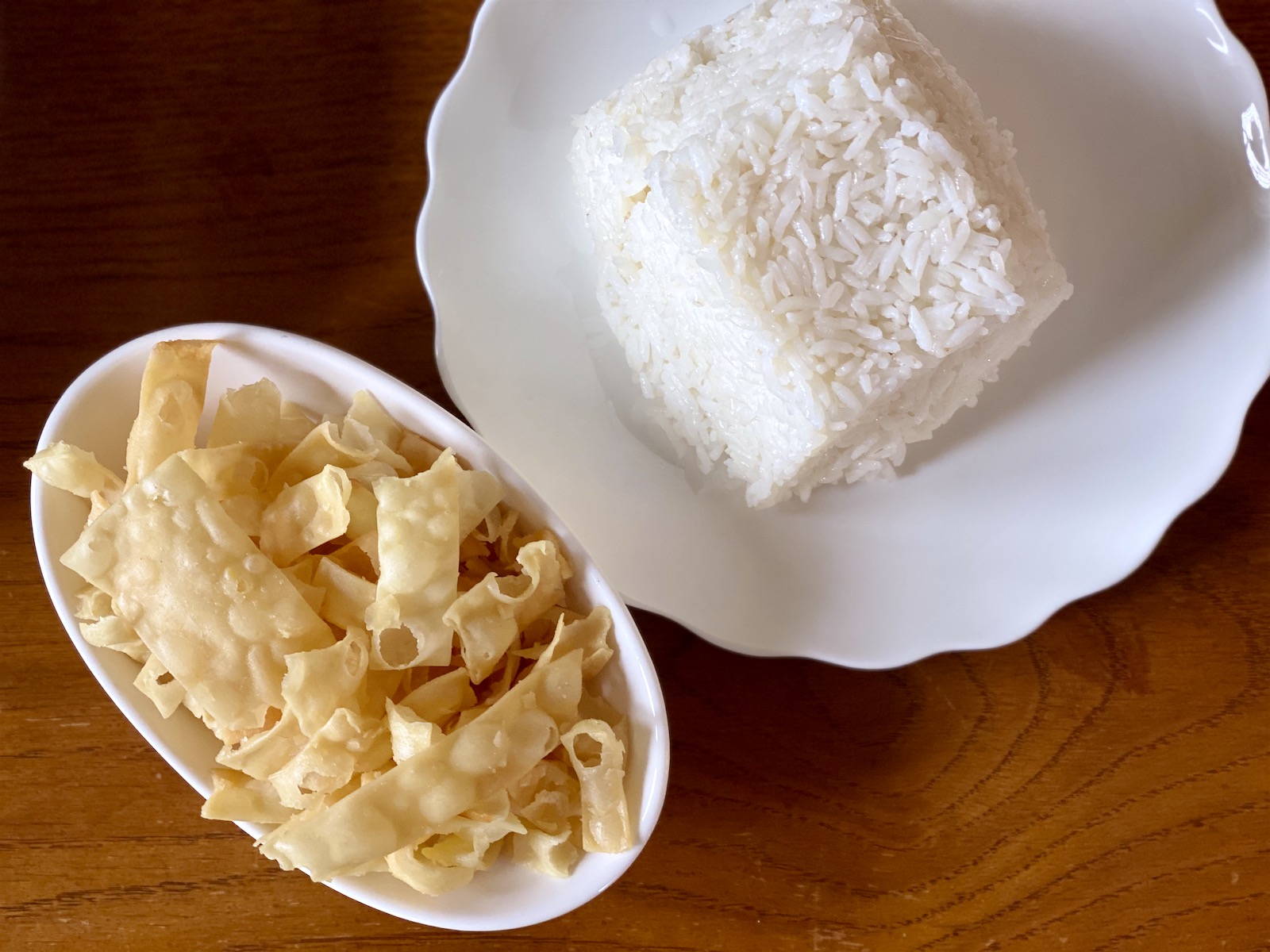 I also branched out and ordered a dish I’ve never tried from Lucky Liu’s, the “Dragon and Phoenix,” a dish described as “shrimp sauteed in spicy sauce accompanied by chicken chunks in spicy garlic sauce,” $11.95.

The dish (typically a combination of General Tso’s chicken and shrimp and vegetables in a sweet and spicy sauce) struck me as very similar to a sweet and sour dish, only with a bit more heat and complexity on the chicken side, and a more mild, tomato-forward sauce on the shrimp, which were mixed with a plentiful helping of crisp water chestnuts. In the take-out container, the two proteins were divided by a neat little row of broccoli. 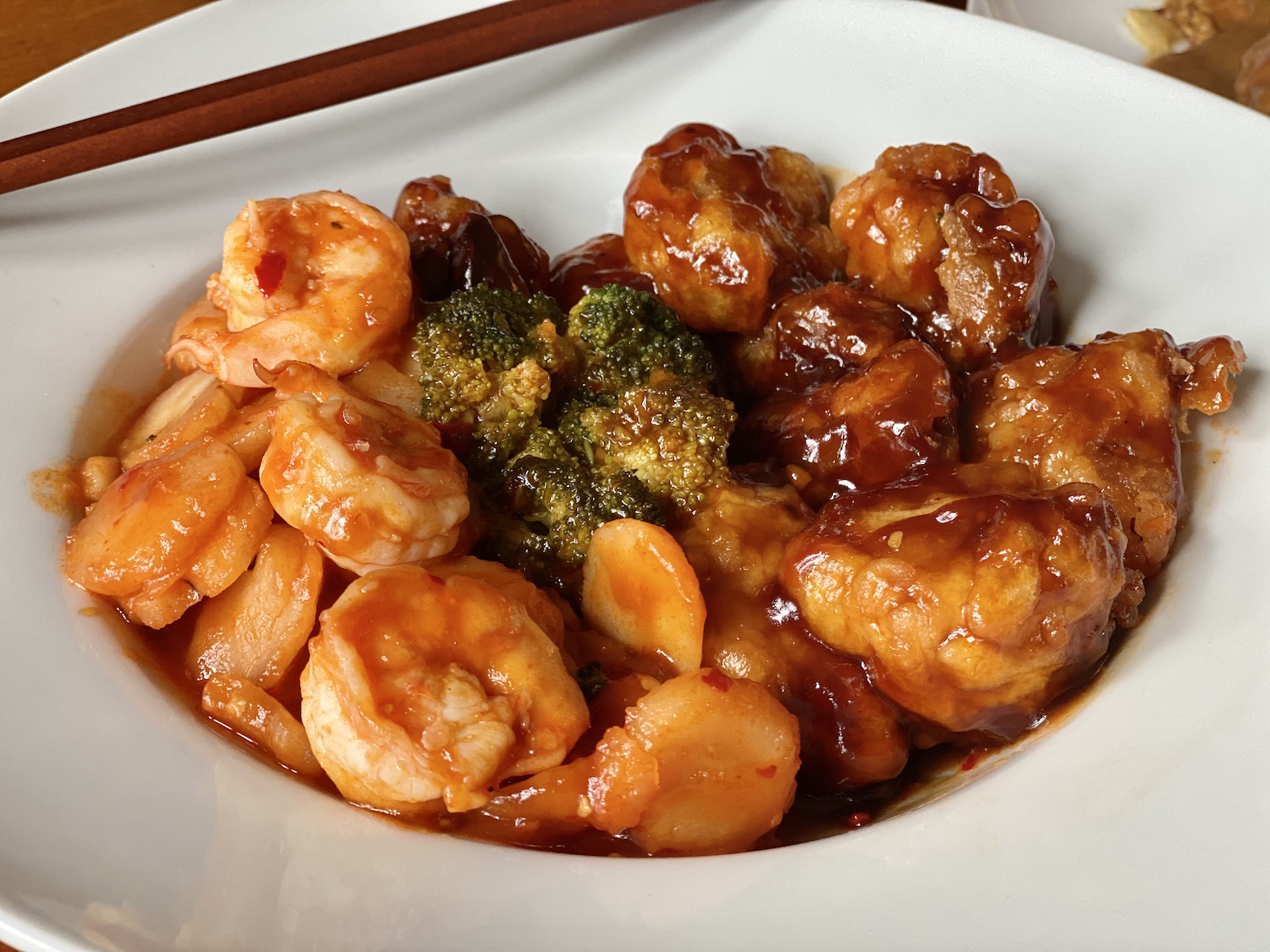 As we shared dishes and discussed the happenings of our day, my husband and I also found ourselves reminiscing about Chinese meals in the past. For both of us, the food at Lucky Liu’s brought back nostalgic memories of childhood and going out for Chinese food with our families.

In my case, I recall regular jaunts with my mother and grandmother, who made it a point to take me and my sister on special lunch outings to our neighborhood Chinese restaurant. There we'd feast on subgum chop suey (always) and hot Chinese tea. And I'd finish off my meal with watermelon sherbet (which I proudly scooped from the bowl with fried chow mein noodles... because I could).

In these times, those fond memories are exactly what the doctor ordered. 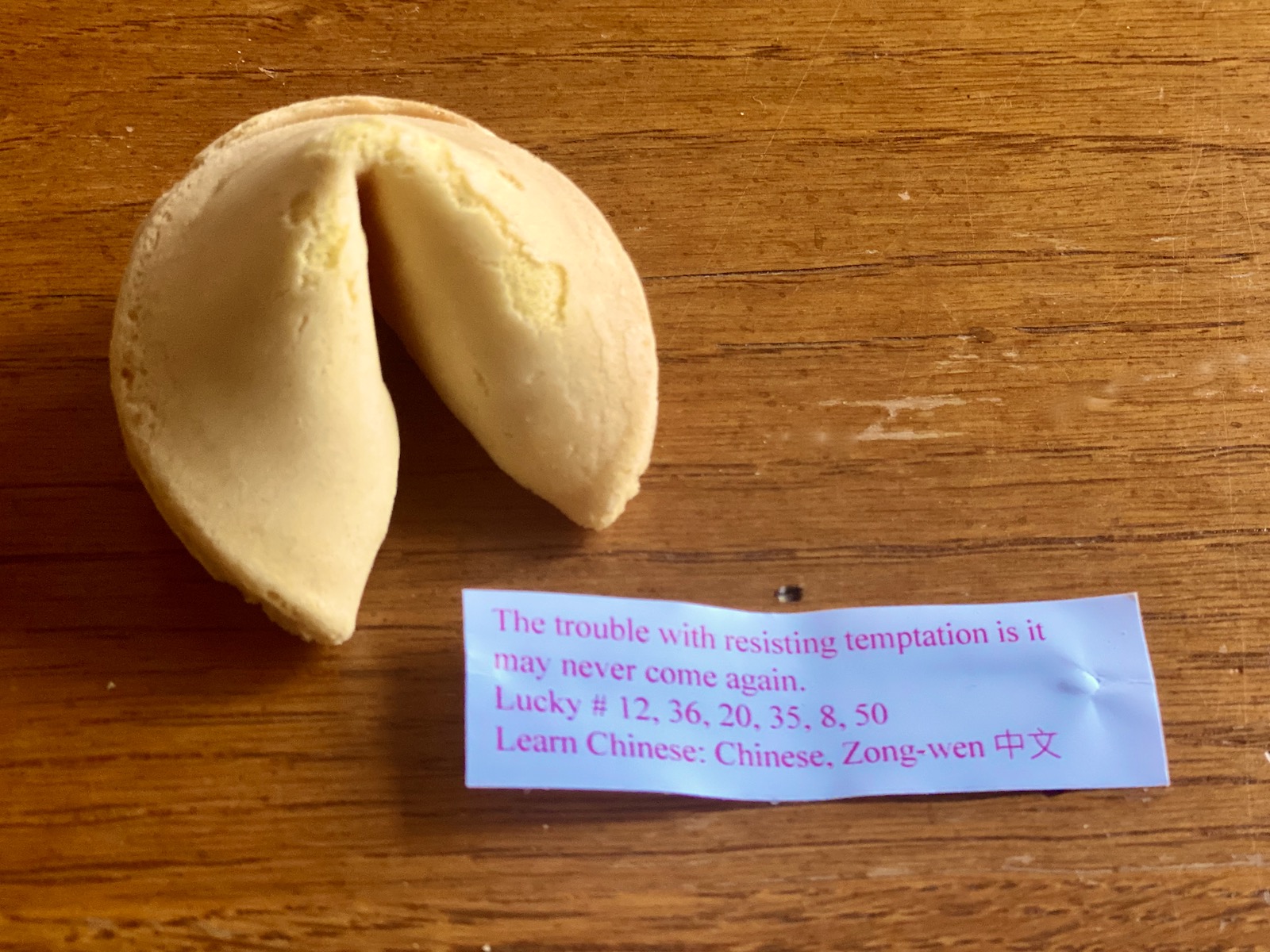 The 98% contactless carry-out at Lucky Liu’s is nicely executed. Just order your meal online from their website, choose a time for pick-up and (when that time comes) retrieve it from the pick-up window they’ve created at their front door. You’ll have to pay there (cash or credit accepted). But they’ve got the process down to a science, from efficient, friendly service to sanitized pens for customer use. Delivery is also available within a three mile radius of the restaurant.