When one looks back at the history of the dining scene in Walker’s Point – which saw exponential growth beginning a decade ago – you can’t overlook the restaurants that blazed the trail. Among them was La Merenda, which Chef Peter Sandroni opened in 2007, following in the footsteps of area trail-blazers like Chef Kevin Sloan, who opened The Social (now Camino) in 2001 and Chef Peggy Magister, who opened Crazy Water (now La Dama) in 2002.

Over a decade later, even as the neighborhood has changed, the global tapas restaurant is still among many diners’ favorite places to enjoy a leisurely meal (or, during these times) a comforting meal of flavorful small plates at home.

Thanks largely to stressors caused by our lovely second wave of COVID-19 and the too-close-for-comfort Presidential election, my decision to order a meal from La Merenda on Tuesday night was among the best I’ve made all week.

The light was dim, thanks to the earlier sunset following daylight saving, so the house felt cozy. It was so lovely to sit back, relax and enjoy; I almost convinced myself that it was as good as dining in. 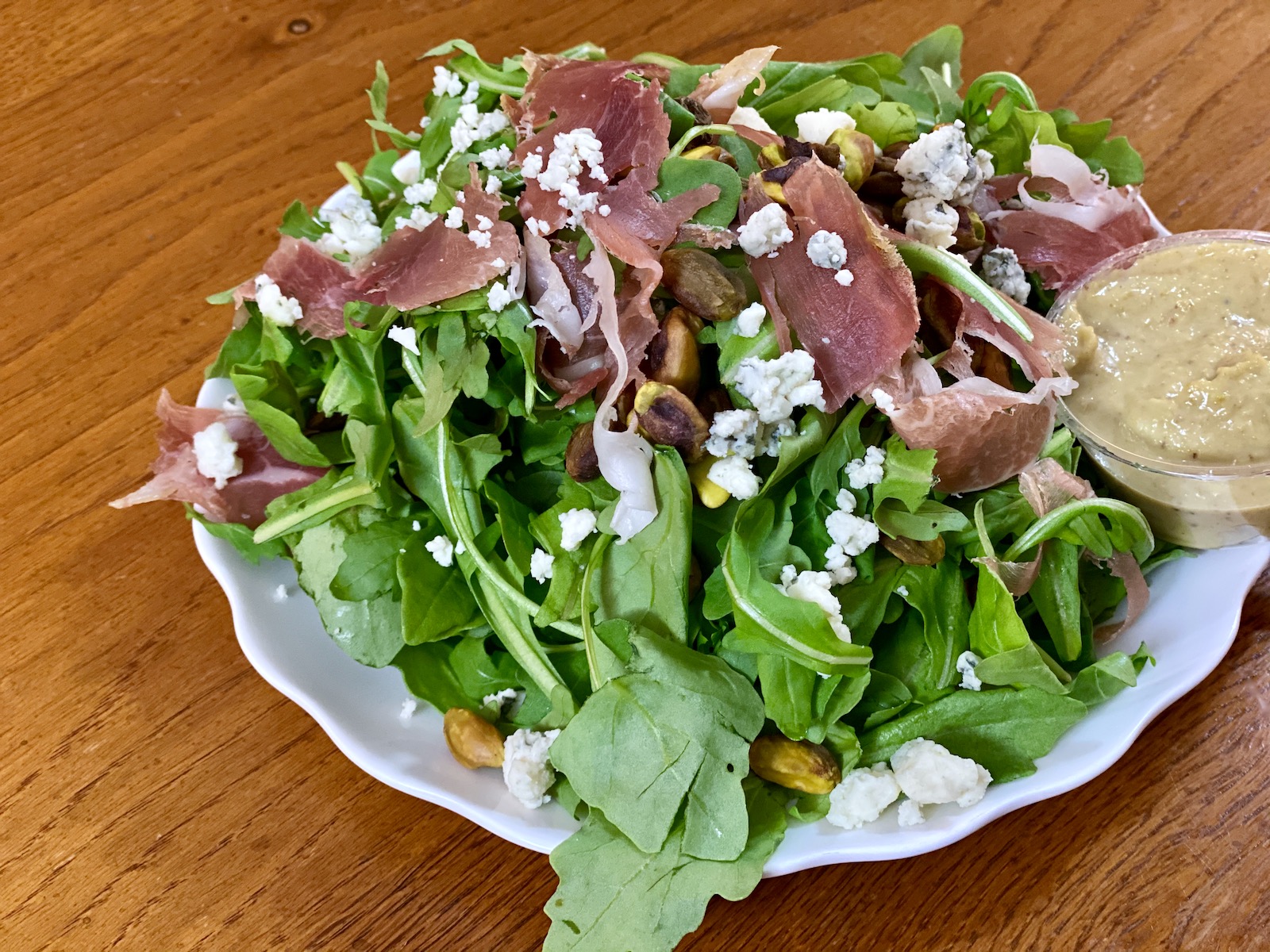 Dinner began with prosciutto salad featuring fresh, slightly peppery arugula, roasted pistachios, Sartori gorgonzola dolcina, La Quercia prosciutto, pistachio vinaigrette ($9.50). The vinaigrette was thicker than most, so it lent itself to dipping and dolloping, adding a nutty flavor to every bite.

We’d ordered a bottle of the 2017 Marietta Christo, a California blend of Syrah, Petite Syrah and Grenache ($18), and it turned out to be a perfect match for the flavorful goat cheese curds in one of my all-time favorite La Merenda starters: the LaClare farms goat cheese curds simmered in Tia Paquita chorizo cream sauce and served with Troubadour bread crostini ($10). 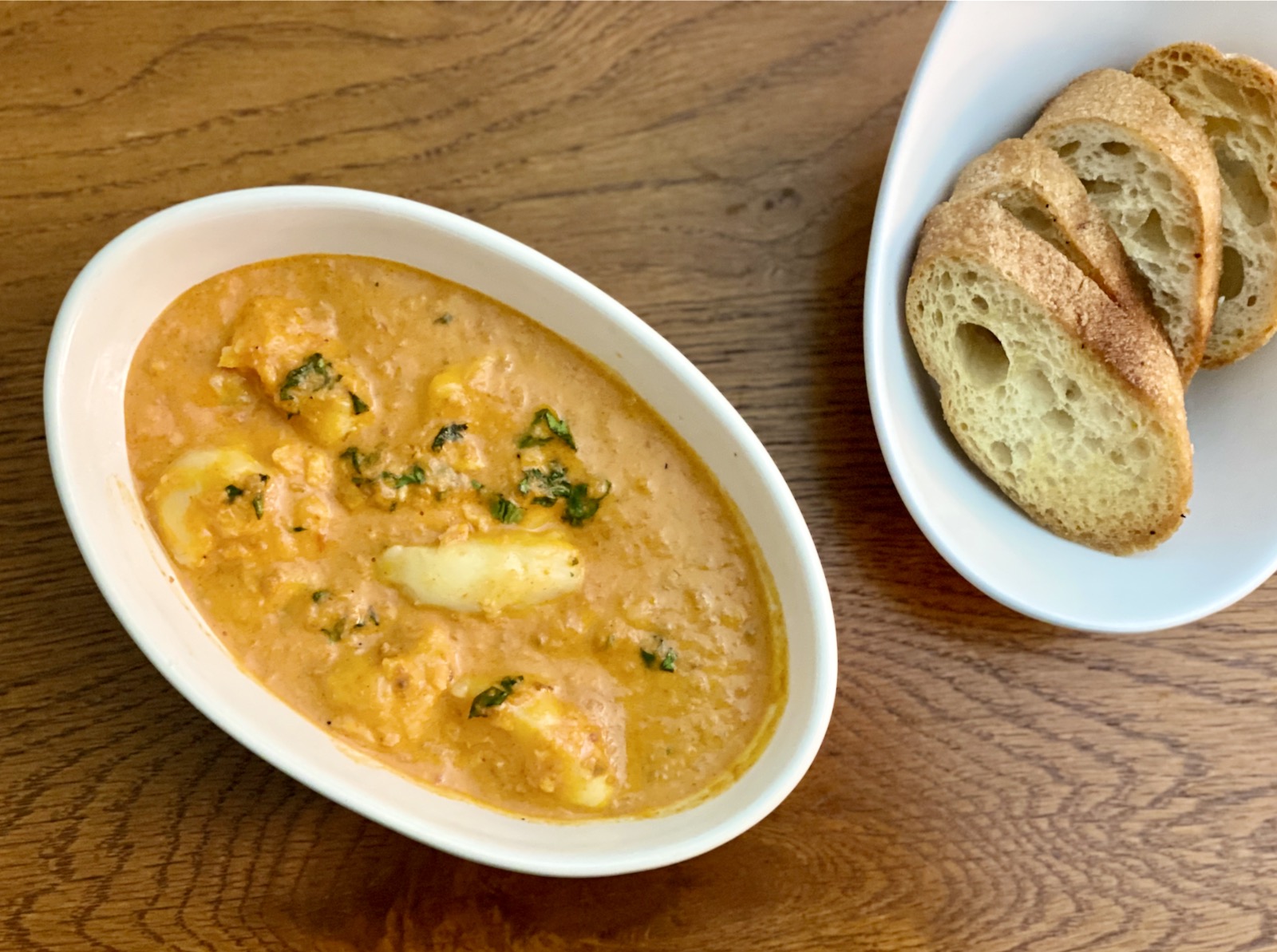 I didn’t know until I started my order, but I was also lucky enough to place my order on a night when La Merenda’s famed osso bucco was on the menu. The comforting long-braised dish  made with  Wisconsin Meadows veal and served with earthy saffron risotto ($15)  is always a treat. But it made particularly good comfort food on a night when cooking was the last thing on my mind. It was also great with the wine. 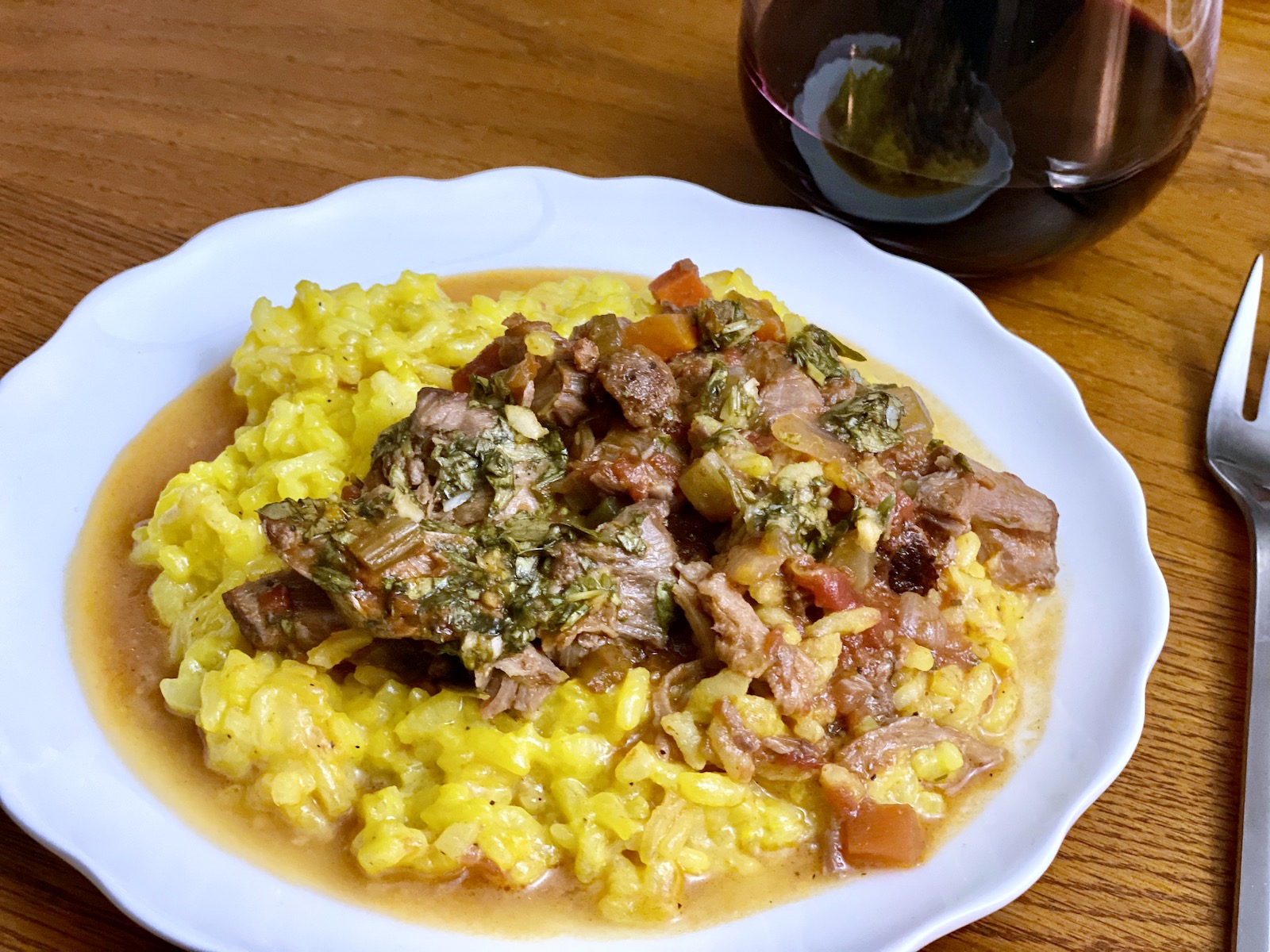 As was the simple but delicious mushroom risotto, which was replete with earthy River Valley Ranch mushrooms and a nice showing of parmesan. What took the flavors to a whole new level was the addition of a bright gremolata, the lemon in which brought out the best in all of the other flavors ($9). 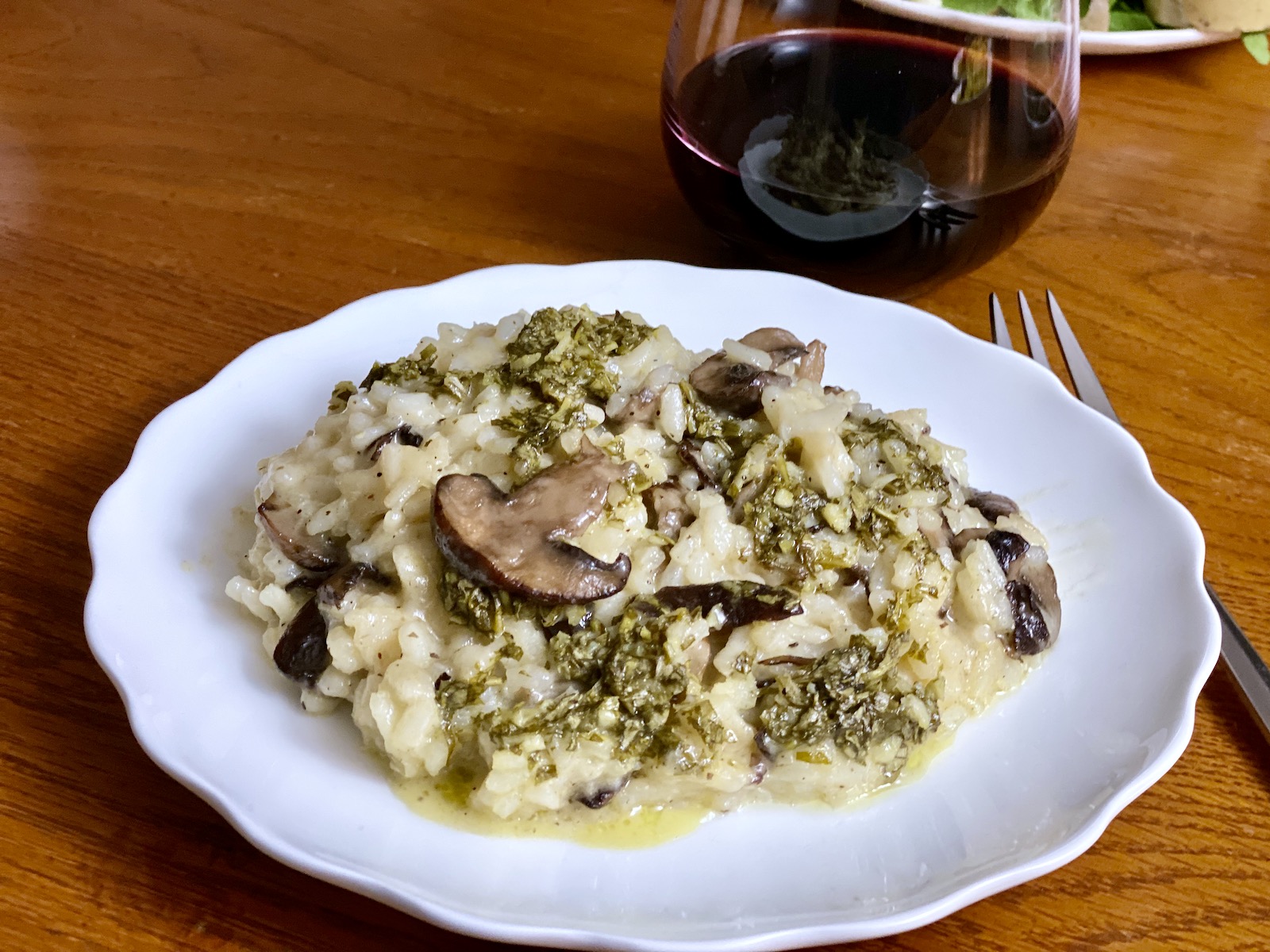 And who leaves La Merenda without a car bomb cake? Not me. The chocolate cake, soaked to its limits with Guinness and Bailey’s Irish Cream possessed just the right amount of sweetness to round things out. 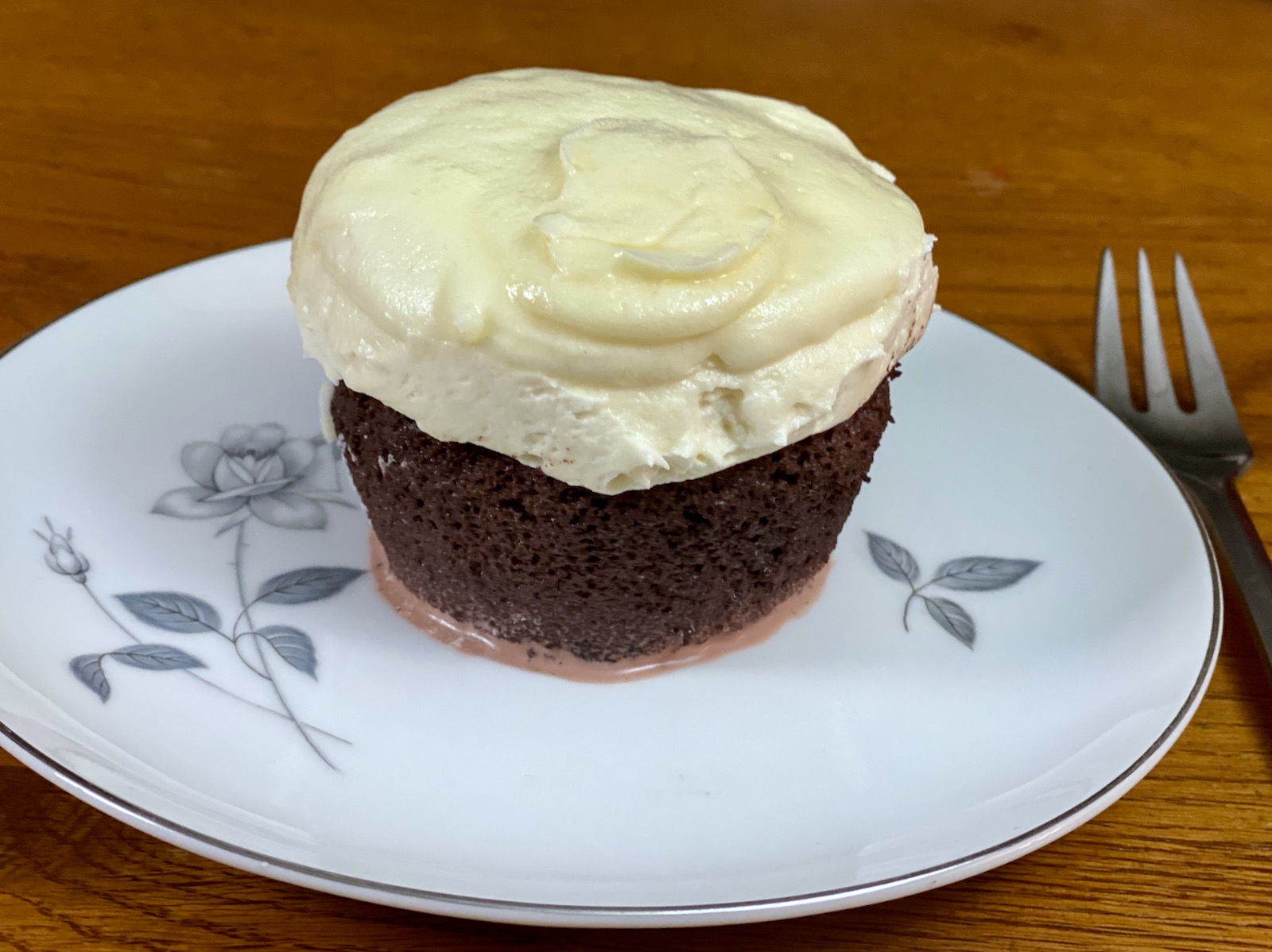 Ordering curbside pick-up from La Merenda is a cinch. Head to their website and click on Curbside Menu, which takes you right to an ordering screen. Once you order, they’ll give you a sense of how much time it will take to prepare your food. On Tuesday, our food was ready in about  20 minutes; I'd anticipate it being slightly longer on a Friday or Saturday evening. From there, just head to the restaurant, park in the loading zone in front of the restaurant and give them a call. Someone will bring your food right out.

La Merenda is open Monday through Friday from 11 a.m. to 2 p.m. and 5 to 9 p.m. and Saturday from 5 to 10 p.m. Limited dine-in seating is also available by reservation only.