Last time we caught up with Mary Pellitieri, co-founder of Top Note Tonics, it was 2014. But, as of this month, the beverage start-up has released its first ever ready-to-drink non-alcoholic craft mixers.

Last time we caught up with Mary Pellitieri, co-founder of Top Note Tonics, it was 2014 and her company was just starting out. She’d created a number of bitter soda concentrates and was in the process of getting them into area restaurants and grocers. But, as of this month, the beverage start-up has released its first ever ready-to-drink non-alcoholic craft mixers.

The new low-sugar sparkling beverages -- which come in flavors including bitter lemon, Indian tonic, and ginger beer -- are currently available at local retailers including Outpost Natural Foods Cooperative and Sendik’s. They will also be available at Woodman’s starting in May and in Whole Foods later this summer.

Their release comes on the heels of top honors from the Specialty Food Association, which awarded the Top Note Indian Tonic Water the coveted New Product Award in the drink and cocktail mixer category of the 2017 sofi Awards competition.

And the sofi Awards are serious business. Every entry is carefully assessed by passionate and knowledgeable professionals, including chefs, culinary experts, academics, food writers and category buyers. Products are judged on taste, ingredient quality and innovation.

"A sofi means a product, and the people behind it, have arrived," says Phil Kafarakis, president of the Specialty Food Association. "This year’s winners represent a devotion to excellence and innovation in specialty food that continues to fuel our industry, excite consumers and expand retail offerings around the world."

The Indian tonic, says Top Note's Pelletieri is a European-style tonic water that stays true to the flavor profile of traditional tonics. It features high notes of grapefruit peel, along with three types of botanical bitters including gentian, a bittering agent not found in most other tonics.

"From the beginning, one of our goals was really to make tonic a far more interesting beverage," says Pelletieri. "It used to be a commodity product that was used to cut gin. And now, we’ve come out with a product that’s just far more versatile. It can be used to create a variety of drinks including highballs, radlers and wine-based spritzers." 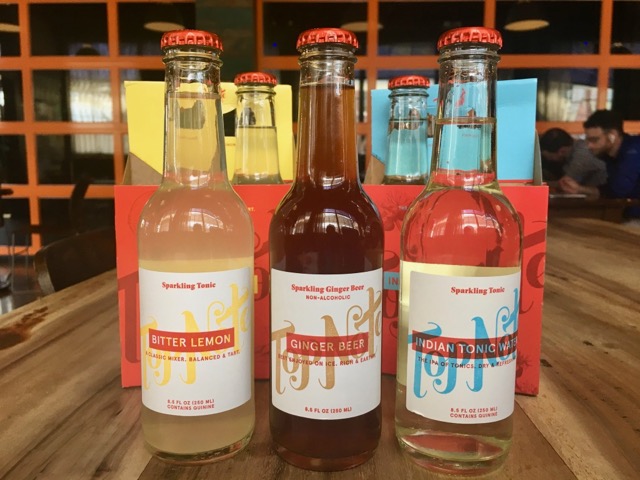 The journey to ready-to-drink

Pellitieri, a 20-year veteran of the brewing industry, came to the table with a working knowledge of the beverage industry. Even so, she says, the journey was filled with stops and starts. Even after Top Note developed recipes for its bitter soda concentrates, there were a variety of hurdles to bringing the product to market.

"It was always the plan to launch a ready-to-drink option," she says. "But, there’s a lot to learn when you’re going into an alcohol-adjacent category, as opposed to alcohol itself."

Initially, she says, Top Note owners thought they’d create their concentrates to be used strictly at bars and restaurants. What she discovered is there was a market for them on retail shelves.

"The first customer we approached was Outpost," she says. "And we were trying to sell them on using our products behind their juice bar. As it turns out, they were more interested in bringing the product on in retail."

A second hurdle presented itself when it was time to figure out how to work with a bottler for the ready-to-drink version. One option was for Top Note to continue making the syrups itself and send them to another company to be mixed and bottled. The other was to create a beverage formula that could be easily made at the bottling facility, making the business easier to grow.

"Even then," notes Pellitieri, "We took a longer road. If you simply go to a flavor company, they create the flavor, but you don’t own it. So, we decided take our recipes to an R&D company, where they went through, analyzed our product and found the right botanical extracts to create a beverage formula that had the flavor profile we really wanted."

The bitter lemon is refreshing. It has a roundness that comes from the addition of ginger, and complex, fresh herbal notes reminiscent of sweet mint.

"We wanted a bitter lemon that could break away from being just a mixer," notes Pellitieri. "We also wanted something that would work for savory cocktails, as well as sweet."

Meanwhile, the ginger beer is deep and dark with a peppery ginger kick that hits toward the end. While most ginger beers get lost in the shuffle when paired with dark rum, this one holds its ground.

Pelletieri says the next flavor Top Note will develop is likely to be grapefruit, with seasonal flavors like orange and lime to follow.

Ready-to-mix concentrates are also available bitter orange, bitter lemon, gentian lime, Indian tonic and ginger. All Top Note products are GMO-free and made from a combination of all-natural roots, fruits, herbs, spices and real cane sugar. They contain no artificial colors or preservatives, and all varieties are gluten free and contain half the sugar of standard mixers.

In addition to ready-to-drink bottles, which come in packs of four, you’ll find Top Note Ginger Beer on the gun at a variety of restaurants ABV Social, Bumstead Provisions, Burnhearts, Carnevor, Lowlands Grand Cafes, Stack’d, Pizza Man and The Vanguard.