A lot happened around this state's sports scene in 2014, from incredible tournament runs, disappointing season finishes, shocking coaching changes and more. Here are the top 10 sports stories of 2014.

Here are what we determined were the top 10 sports stories of 2014 in Milwaukee and Wisconsin. Feel free to share your opinions with us on Facebook, Twitter or by using the Talkback function below! 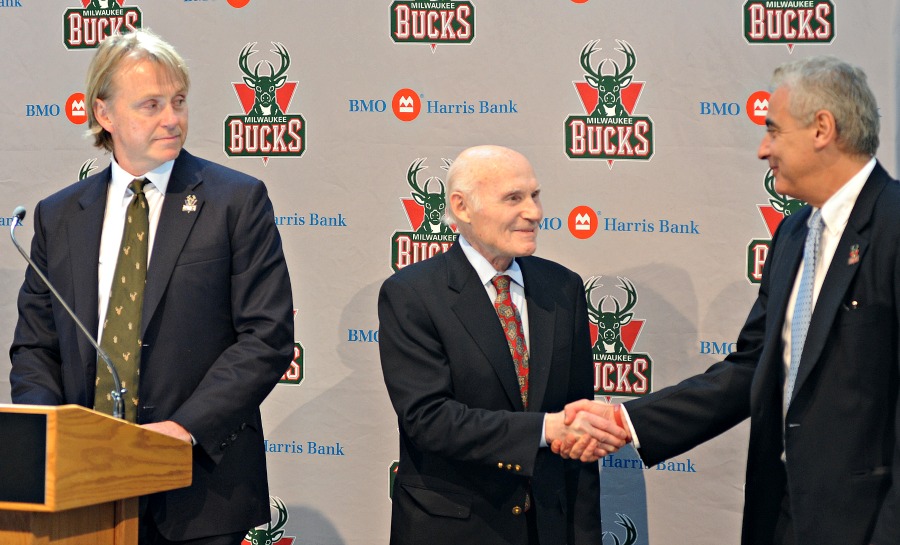 Ownership changes don’t happen often in sports, let alone in Milwaukee. The baseball team has had two principal owners, essentially, and the Milwaukee Bucks had been owned by Herb Kohl for just shy of three decades. So without a doubt, the top sports story in the state was the transfer of ownership from Kohl to Wes Edens and Marc Lasry – along with the important mandate that the two New York billionaires keep the team in the Cream City. 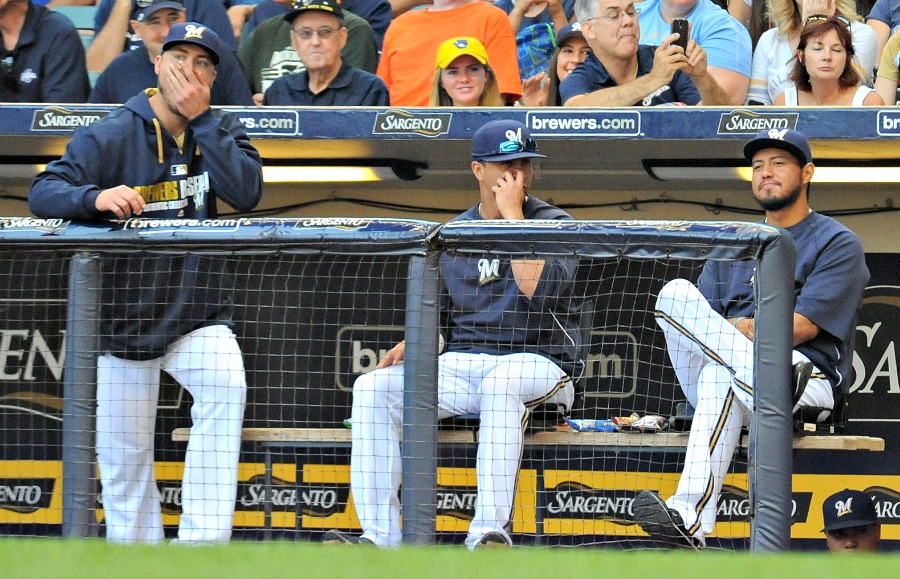 The 2014 version of the Brewers got off to a hot start – 20-8 after April – and occupied first place in the National League Central for a franchise record 122 consecutive days. Following a 7-4 win over Colorado on June 28, they were 19 games over .500 with a 6 1/2 game lead. And from then on, the Brewers just fell apart. The team had to fight to finish with 82 wins, going 31-48 down the stretch, including nine-win months in July and September. Not only did the Brewers miss the playoffs, they finished third in the division.

This move is high on the list not just because the state’s lone Division I football coach up and left, it’s because Andersen replicated his predecessor’s move of calling up athletic director Barry Alvarez and saying "peace out" as he jetted to another program many would deem inferior to that in Madison. There was little thought Andersen would bail after just two seasons, but he did, leaving the Badgers truly scrambling after a 59-0 drubbing at the hands of Ohio State in the Big Ten championship game.

4. The Bucks trade for Jason Kidd 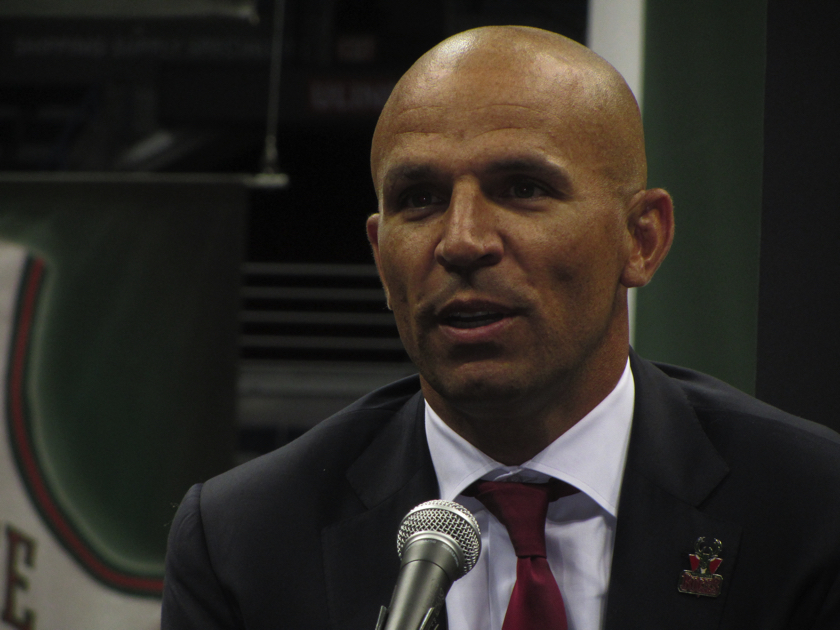 Four days after Larry Drew talked about number one draft pick Jabari Parker, both on draft night at the Cousins Center and at the Milwaukee Public Market, the new Bucks owners went over general manager John Hammond’s head to work a trade for Brooklyn Nets head coach Jason Kidd, in exchange for second round draft picks in 2015 and 2019. The news shook up the NBA, and led the new owners to admit that they made a mistake in handling the situation. But, it vaulted the Bucks into the national basketball consciousness. 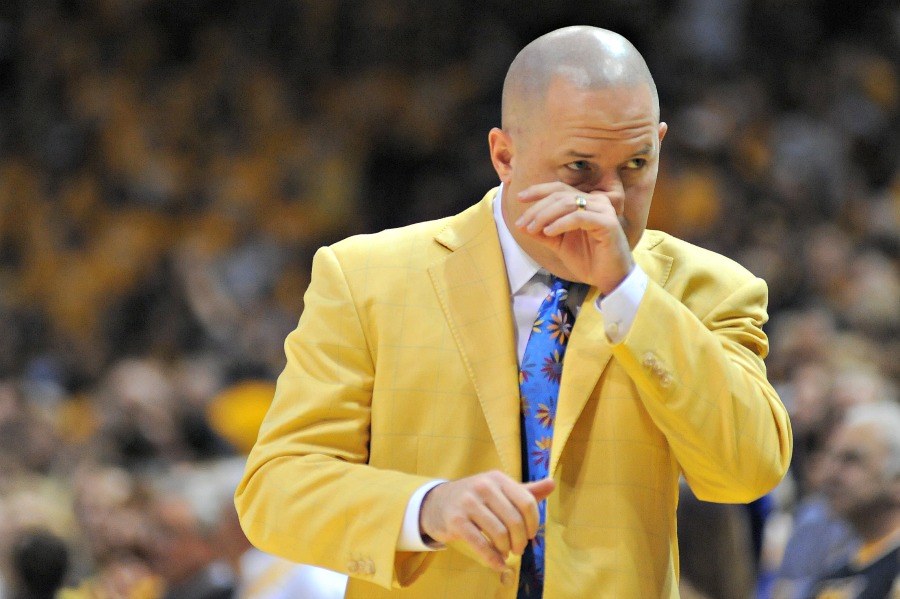 Man, things just happened quickly when it came to coaching changes in the state of Wisconsin didn’t they? Many Marquette University staffers learned about Buzz Williams’ stunning departure for Virginia Tech as they helped host the NCAA Tournament regional round at the BMO Harris Bradley Center on March 22, just nine days after the Golden Eagles were eliminated in the Big East Tournament.

…   Then, there was the #DONEDEAL maelstrom on social media about Virginia Commonwealth head coach Shaka Smith that sent local media rushing to campus for news that was not happening. …

... Only to lead to the introduction of longtime Duke University assistant Steve Wojciechowski as the Golden Eagles’ new coach on April 1, less than two weeks after Williams’ departure. 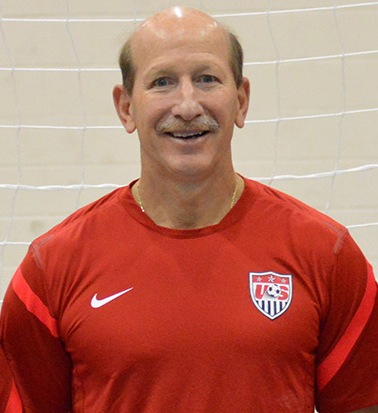 It takes a certain type of personality – and a lot of winning – for a professional head coach to become synonymous with the organization that he leads.

Such was the case with Keith Tozer and the Milwaukee Wave. Tozer and the Wave parted ways this summer after 21 years and six indoor soccer championships spanning two leagues. He also won over 500 games with the franchise.

7. UWM’s improbable run to NCAA Tourney ... then getting banned from it 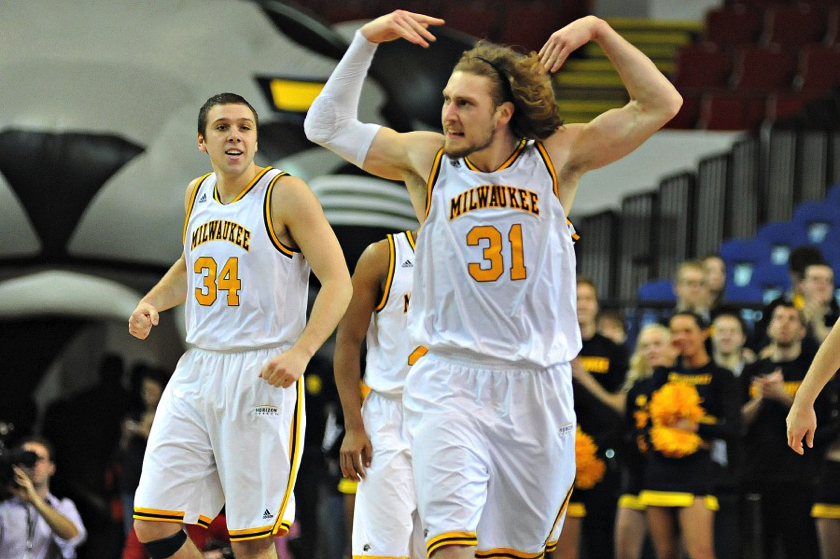 The University of Wisconsin-Milwaukee ended the 2013-14 regular season with a 17-13 record and losers of four of their last five, and began the Horizon League Tournament at the UW-Green Bay as the No. 5 seed. The Panthers got hot behind Matt Tiby and Jordan Aaron and not only knocked off the top seeded Phoenix and No. 3 Wright State to secure the league’s automatic bid to the NCAA Tournament, the program’s first appearance in the Big Dance since 2006. They then pushed Villanova for a bit before falling 73-53 on March 20.   ...

... Then, less than three weeks later, the program learned it would not be allowed to defend its league tournament title or compete in the NCAA Tournament due to a ban handed down for poor academic scores. 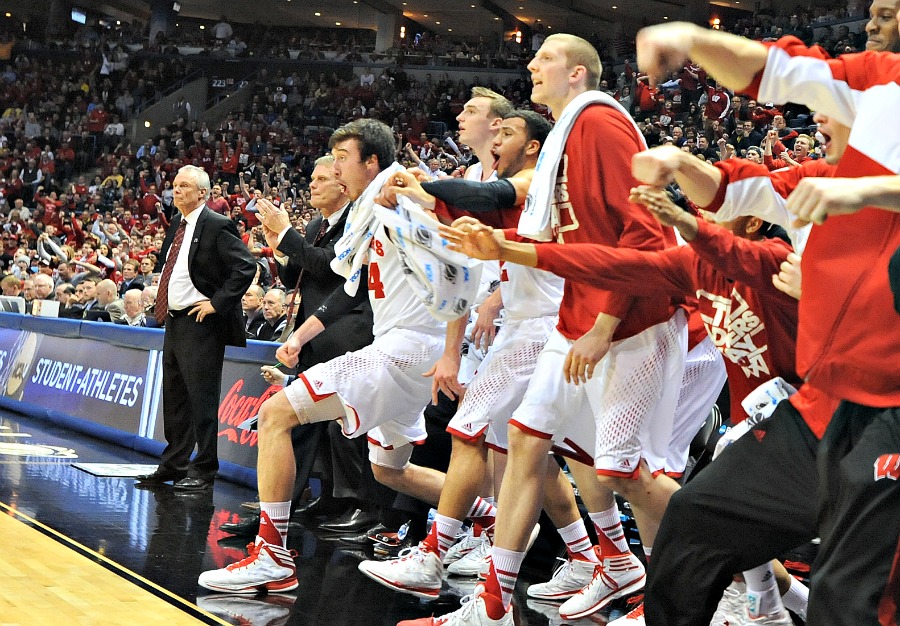 Wow. It’s quite a year when a Final Four run by a program that isn’t named Duke, Kentucky, Michigan State or North Carolina would get buried down here, but let’s be honest – as the year developed it became clear that Bo Ryan’s squad was pretty special. They tore through the Big Ten and won in myriad ways to reach the Final Four where they eventually fell to Kentucky.

9. The reconciliation with Brett Favre

It took long enough, didn’t it? The Green Bay Packers and Brett Favre finally made up in August when it was announced that the No. 4 would be retired at Lambeau Field in 2015. Seven years to the date after the team traded the quarterback to the New York Jets, the two "hugged it out" and made nice, ending one of the longest and most heated back-and-forth’s in recent sports memory.

10. The Hank the Dog phenomenon 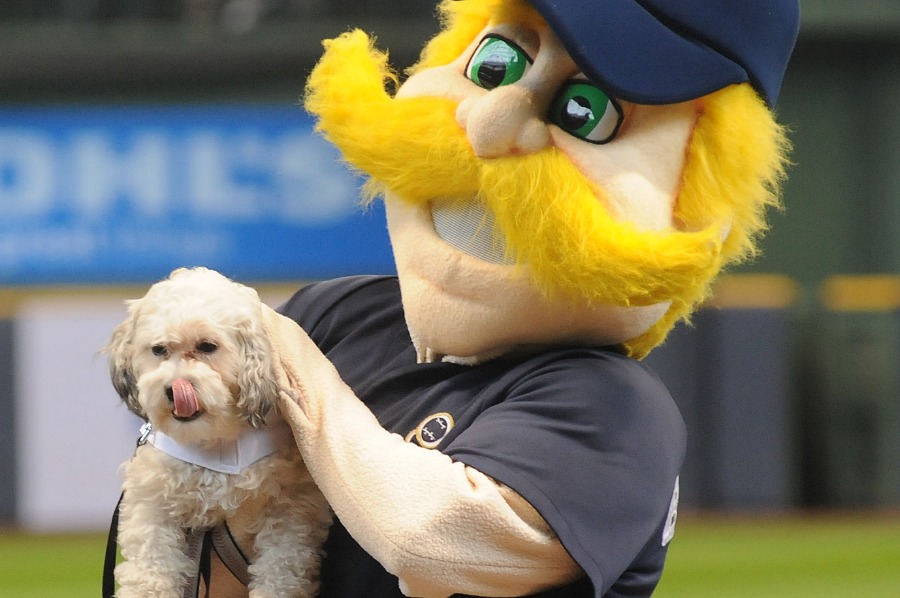 On Feb. 17, the world changed – a stray dog was found at Maryvale Baseball Park, the Brewers’ spring training home, in Phoenix, Ariz. He became a quasi-mascot throughout camp, was named named after Hall of Famer Hank Aaron, and became a national sensation. And, just before the season started he was adopted by a member of the Brewers organization. He then became the poster dog for the Wisconsin Humane Society and Hank memorabilia (shirts, books, plush toys, jerseys, etc.) became some of the biggest sellers of the year, including a bobblehead.

The best of the rest

In any other year, these stories may have made the top 10 – it just goes to show you how crazy 2014 really was in Wisconsin sports.