Wow. Another year is coming to a close, and 2014 was a fun one. Sports editor Jim Owczarski takes you through his favorites from the past year, including Andre 3000 making Brewers reliever Will Smith very uncomfortable, Jabari Parker's whirlwind first day in Milwaukee and the author's top stories of the year.

Another calendar is about to be tossed away, and it’s time to look back and a pretty incredible year that was.

Let’s get right to it!

Outkast  came to Summerfest as part of its 20-year reunion tour, and the Atlanta duo just destroyed the Marcus Amphitheater in late June. The pair was slick, energetic and in a groove, putting on the best stage show I saw in Milwaukee this past year …  but notice the qualification: "In Milwaukee." I have to say, seeing the Foo Fighters in the intimate setting of the Cubby Bear bar in Chicago in October was totally amazing. I’ve never seen a band that big in a space that small. It was tremendous, and unforgettable.

I tried to make more of the dining rounds in the city this past year, especially those that made the top of the "Best of" lists during OnMilwaukee.com’s Dining Month. The one place that stood out was Blue Jacket, located at 135 E. National Ave. I love going to Walker’s Point, and the cozy atmosphere in there only added to some excellent dinner. It’s definitely a place that’s at the top of my list. 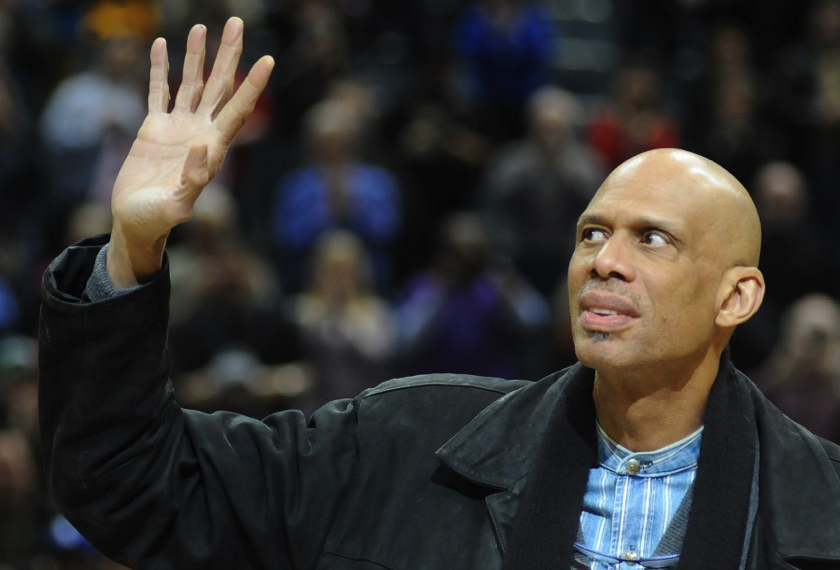 Well, there were two: Hall of Famers Oscar Robertson and Kareem Abdul-Jabbar. I was able to track down the two basketball legends to reminisce about the 1974 NBA Finals in which the Milwaukee Bucks fell to the Boston Celtics in seven games. It was one of the most fun stories I’ve done (more on that later) and what was amazing to me was how fresh that series remained in the minds of those two players even after so much time had elapsed. They were both engaging, candid and funny. 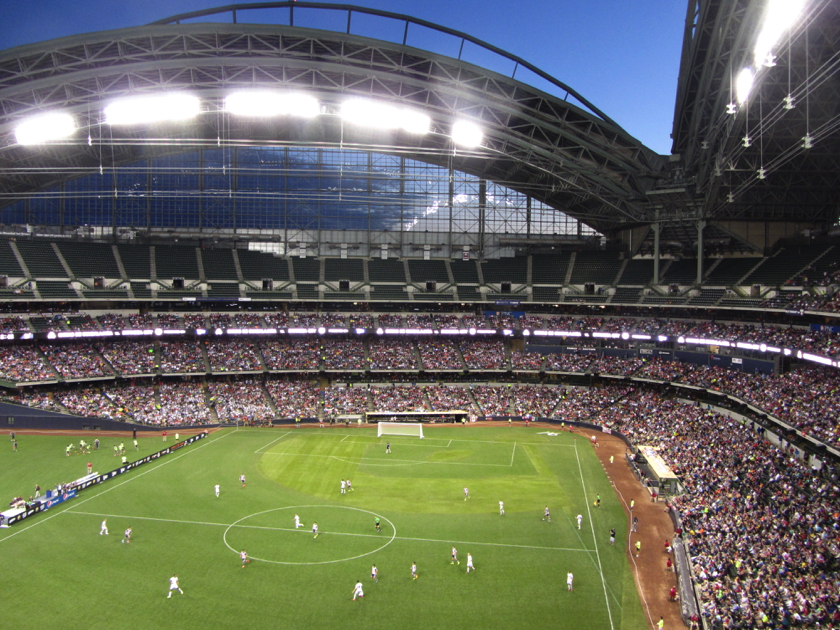 It wasn’t because of the sport, necessarily — well, not at all — but the soccer friendly at Miller Park in mid-July was a lot of fun to be a part of because of the way the baseball stadium transformed into this other venue entirely, with different people filling it to the brim, in a friendly, fun, atmosphere. I could care less about soccer, but I know others do, and it showed that night.

Let’s go back to that Outkast show. A handful of the Milwaukee Brewers were on hand for that one, and relievers Will Smith and Rob Wooten wound up in the front row. Which is awesome, right? Well, Smith is 6-feet, 5-inches tall. So, he was fairly noticeable down there. And, he and Wooten got a lot of face time on the big screen from the Summerfest cameras. Well, Andre 3000 decided to sit down on the front of the stage to do his love song — "She Lives in My Lap." Which would be totally cool, except Smith was right … in his lap. Basically. The couple times the Summerfest cameras swung by, Smith’s face was hilarious.

There was a feeling in the city on June 27, one I haven’t quite felt in nearly three years covering the sports teams here. The Milwaukee Brewers began the day 17 games over .500 and 5 1/2 games in first place in the NL Central and Jabari Parker was selected the night before by the Bucks in the NBA Draft.

… and then he was whisked to the Summerfest grounds for interviews and appearances.

I’ll never forget seeing him, late that night, looking out over a darkened Lake Michigan as he waited to go on stage at the BMO Harris Pavilion. I couldn’t imagine what his 24 hours had been like in that moment, and it seemed like he was trying to process it all, too.

Finally, I also wanted to compile my top 10 stories of 2014. The Outkast show review and the Bucks retrospective were two of them, so here are the final eight.

I hope you enjoyed reading and and sharing them as much as I did putting them together: