The Ruckus Tosa plan is dead

Though the owners are still eyeing a second location for The Ruckus burgers and ice cream stand, a plan to open in an old Tosa filling station on 84th and North is now dead.

Before the Colectivo Coffee folks even opened their first The Ruckus burgers and ice cream stand in January at 4144 N. Oakland Ave. in Shorewood, word had emerged that they were planning a second location in an old Wauwatosa gas station on the corner of 84th and North.

But neighbors of the former Wauwatosa Gas, 8334 W. North Ave, quickly registered their opposition to the project, citing concerns about increased noise and traffic.

Now, the for sale sign is back out in front of the former filling station, and Colectivo co-owner Lincoln Fowler says the project is "dead."

"We went out of contract, (and) it went back to the property owner," Fowler says. "The neighbors were successful in saying they didn’t want that. We wanted to do something, and they said, ‘We don’t want it.’ That’s the way it goes." 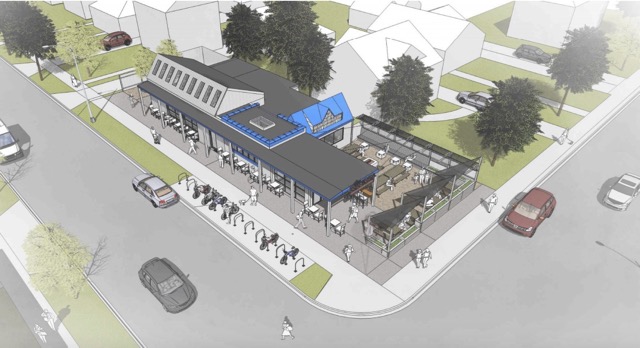 The location is near a busy Sendik's location, as well as a Thai-namite restaurant, a few small service-oriented businesses and a short shopping strip a couple blocks west, but the neighborhood is otherwise heavily residential.

However, Fowler adds he and his co-owners, brother Ward Fowler and Paul Miller, are still eyeing a second The Ruckus stand. The Ruckus in Shorewood opened to high demand and has remained popular.

"What we’re focused on is making sure that Ruckus 1 (in Shorewood) gets up and running properly, and as we get that moving in the summertime, we’ll get back to looking for a new place," he says.

But will the next The Ruckus rise in Wauwatosa?

"Not necessarily," Fowler says. "When we saw that parcel, we were like, ‘Oh my god, we’ve got to do that.’ It would’ve been a fun project. But I can sympathize (with the neighbors)."

In related news, Colectivo is close to opening its first Chicago cafe. The coffee shop will be located in a former Einstein's Bagels location at 2530 N. Clark St. in the Lincoln Park neighborhood.