Milwaukee has a long, rich and proud drag history, from the 1920s "pansy shows" at the St. Charles Hotel to today's D.I.X. DollHaus. It wasn't until "RuPaul's Drag Race" season 7, however, that a Milwaukee performer went global.

Milwaukee has a long, rich and proud drag history, from the 1920s "pansy shows" at the St. Charles Hotel to today’s D.I.X. DollHaus. It wasn’t until "RuPaul’s Drag Race" season 7, however, that a Milwaukee performer went global.

When Trixie Mattel burst on the scene several years ago, fans of traditional drag were completely confused. "I like to say I have the skin of a Barbie, the proportion of a Polly Pocket and the hair of My Little Pony," said Trixie. "People did not know what to make of me. I actually had a hard time getting work because I didn’t look like everyone else." 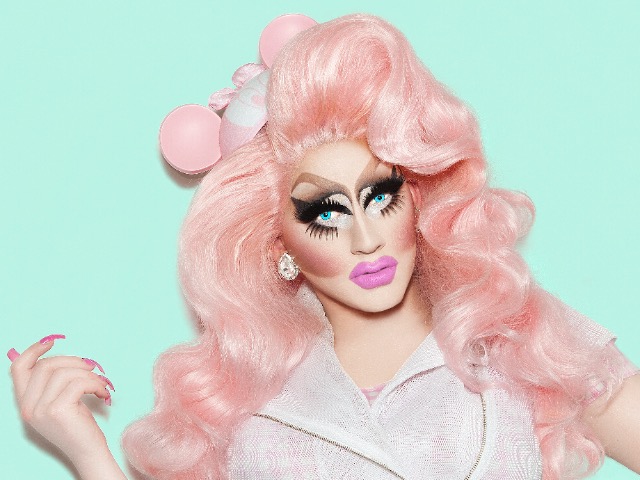 Today, Trixie is an international drag superstar, comedian and recording artist whose debut album, "Two Birds," has been ruling the charts for four weeks. Trixie Mattel brings her standup comedy show, "Ages 3 and Up," to Milwaukee with two performances at the Comedy Café, 1033 N. Old World Third Street, on Tuesday, May 30.

It’s been two years since Trixie hosted PrideFest Milwaukee 2015, so we had a lot of catching up to do.

OnMilwaukee: Are you excited to come home to Milwaukee?

Trixie Mattel: Milwaukee is America’s greatest kept secret. It’s a great city. I miss everything about it!

For the first time in like, forever, I’ll be back in Milwaukee on May 30. Ever since "Drag Race," the only time I get back to Milwaukee is for Halloween at This Is It. This is my first time doing an actual stand-up show there. This is going to be so different from anything I’ve ever done in Milwaukee. I used to do lip synch and bingo, but I’d never done original comedy or music. So I’m really excited! This is like my homecoming, but I’m coming home with a completely different thing.

I’m only staying a day, because I’m on tour, and that kind of sucks. But I’m looking forward to seeing my close friends and hopefully seeing fans out after the show. I have to be good on tour; I can’t stay out late, or I’ll lose my voice and that will be the end of the tour!

I heard it was 84 degrees in Milwaukee today? That is just astonishing. For Milwaukee, that’s like standing on the sun. I was in Dublin recently, and it was super cold there. They never get sun in the U.K., so when it hit 57 degrees, people were putting shorts on. They’re so transparent, so pale and so white, it makes Milwaukee look tropical. That’s saying a lot.

I mean, it’s always 39 degrees for some reason during PrideFest weekend, and that’s in June. PrideFest always seems to attract disaster. Remember the year there was an actual tornado during PrideFest? That was fun!

What can your fans expect from "Ages 3 and Up?"

Midwesterners have a dark dry way of dealing with everything. We’re not very PC, and we will laugh our way out of the worst situations. Being a Midwesterner, and coming from Milwaukee, that’s definitely present in my show.

Everyone in Milwaukee knows I have an overbearing sense of humor and personality. So, it’s going to be interesting to see my friends respond to my humor when it’s presented in a clean and polished way.

I’ve done this show 120 times now. All the jokes are in a specific order, delivered in a specific way, and every joke is a laugh! Trust me, people will be screaming laughing. I talk about Milwaukee a lot, including Jeffrey Dahmer jokes that only Milwaukee will enjoy, so prepare yourself!

What inspired your comedy/sense of humor?

Being a gay kid in a very small town, I learned that my talent was my sense of humor. Even though I was weird and awkward and gay, I could create friendships and entertain people with my sense of humor. My brother, who was five years older than me, teased me like crazy as a child. I learned that if I could make him laugh, I could make anyone laugh.

My grandfather, who taught me music, told me being a musician is 40 percent how good you actually are and 60 percent how good of a show you put on. He told me to always be engaging, funny, interesting and charming between songs.

I love being funny. I like music, but that’s just my hobby. Comedy is close to my heart, because I know I’m hilarious.

What comedians do you find hilarious?

OMG. I can still remember seeing Whoopi Goldberg live on Broadway. Then, I stumbled upon Ellen DeGeneres comedy album, "Here and Now." She didn’t swear, and she didn’t talk about gross things; Ellen just had a way with me. She understood her voice, and she understood her look, and she found a way to make that work for her. You know? That’s how the smartest comedians are made.

I mean, Amy Schumer is aware that she’s not the hottest girl in the room, but she’s not a troll, and as a comedian, she can portray the messy best friend. She can tell those kind of jokes very well. Maria Bamford is one of my all-time favorite comics. She is a woman who’s overcome mental health issues, but still presents her comedy with a sense of specific disturbance.

A lot of female comedians work for me. Being a homo, I can relate to what they’re saying! I love Jen Kirkman, Chelsea Peretti and Ali Wong. They all represent comedy that crosses lines, goes to a really dark place but gets people to laugh at the same time.

Does the show include any of your original music?

I was going through a really hard breakup when I was writing the show and the album. I thought, um, I wanted to add a moment in the middle of the show with breakup material. The jokes boiled down to a moment where I sing a breakup song form the album.

When you listen to the album, you hear a person who’s experiencing loss in personal life, traveling all the time and extremely overworked. I talk about Milwaukee in the songs. People know me as a comedian – a source of comic relief – so I’m surprised that everyone loves it. They didn’t know what to expect, but it was so out of nowhere, so they fell in love with it.

As you can imagine, this was kind of a risk in the context of a comedy show. I thought, looking like a Dolly Parton birthday clown as I do, people might not follow me to a somber place in the middle of all this laughter. And yet, it became people’s favorite part of the show! And night after night, they went straight to that somber place with me.

Afterwards, they’d ask if my music was available on iTunes. That’s how I got the idea: I wrote all this music, so why not record it?

I’ve learned that I’m really good at making people laugh and cry.  And, in this show, I like to do both!

Your new album has been a smashing success. How does it feel? 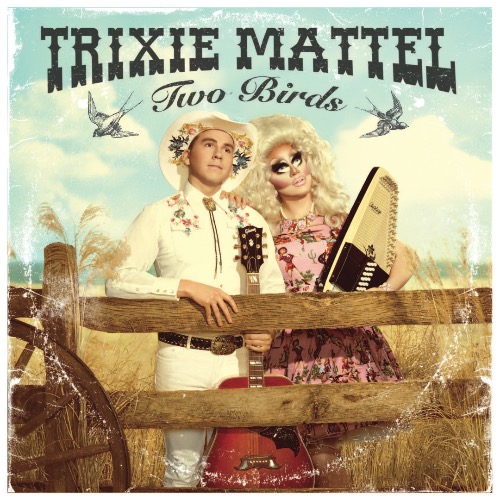 I got off the plane in the UK on May 2 when "Two Birds" came out. I checked iTunes, and I couldn’t believe it. I was running through Europe telling people who didn’t care. I was crying in the airport. For real!

I am officially the hottest thing to come out of Milwaukee since Violent Femmes! It’s everything I wanted and then some.

For my album to be #2 on the iTunes charts – #2 only to "Guardians of the Galaxy" – that’s just unbelievable. It was almost the #1 album. That’s bananas. Just bananas. And right now it’s #6 on the indie albums on Billboard, #16 on the folk albums on Billboard and #68 on Billboard overall sales. That’s crazy.

For a folk album to do that? A folk album from a cross dresser? Folk music is not really a genre of music open to gay people. Folk music isn’t the thing you listen to at a gay anything, because it’s not known for being accepting, and it’s rarely made by people who are open-minded.

My goal was to make good music, not "good for gay" or "good for drag" music, but music that was good for everyone. In the gay world, a gay movie isn’t always a good movie. Music by gay people doesn’t always end up being great. My favorite female musical icons, like Brandi Carlisle and Melissa Etheridge, are people who really pick up an instrument and write real music. So, I want people to like "Two Birds" because it’s good. I don’t want to hear "for a drag queen, it’s good." That’s like when people say, "You’re my favorite female comedian." Why can’t you just like it for what it is?

What’s next for Trixie Mattel?

Every summer, I do my residency in Provincetown, Massachusetts, which is the biggest LGBTQ vacation place in America. My show runs four nights a week at the Post Office Cabaret.   And, surprise! I’ll be traveling weekends on a major tour I can’t announce quite yet.

I’ll be writing the second half of my album in my spare time and creating more videos for my YouTube series with Katya. You ain’t seen nothing yet!

Buy tickets online for "Trixie Mattel: Ages 3 and Up" on Tuesday, May 30 at the Comedy Café. While the 7:30 p.m. show is sold out, general admission and VIP tickets for the 10 p.m. show are still available.