Amid the excitement of the U.S. Open, whenever Andrew "Beef" Johnston is playing, fans go crazy shouting out his well known nickname, "Beef." We caught up with him at Erin Hills.

Cheers can constantly be heard amongst fans at Erin Hills as they watch their favorite players take on the 117th U.S. Open. However, for one player, it is not so much cheers that can be heard; instead, it is the yelling of his nickname: "Beef."

Englishman Andrew "Beef" Johnston is participating in his second U.S. Open with a score of -1 after Saturday's play. 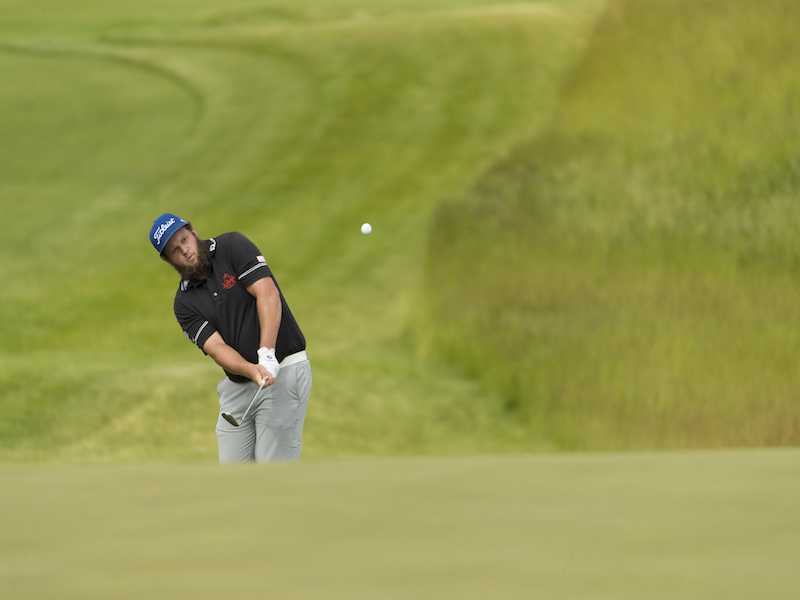 The nickname stems back to when he was a child, when his friends would always comment that his curly hair looked like ground beef. Now he's known for his causal demeanor and fan friendly personality, responding to fans yelling "Beef" with a smile and a wave in his Arby's logo golf shirt.

Following Saturday's round and after waiting patiently for Johnston to finish signing countless autographs for fans, I got a chance to walk and talk with him as he headed to his TV interview. The conversation lasted two minutes. Here is how it went with Andrew "Beef" Johnston:

OnMilwaukee: How are you liking Wisconsin so far?

Are you liking the atmosphere of the crowd? Everywhere you go people are saying, "Beef!" People really know you.

The crowd has been amazing. They’ve been so good. Everywhere, even when I go out to eat, everyone has been lovely around the area. I haven’t gotten into Milwaukee yet.

We are very well known in Wisconsin for beef, like Wisconsin beef sticks and cheese curds. Anything beef related people like and that’s you with the Arby’s logo on your shirt.

Yeah, man. They’ve been going crazy for it, and I’ve had a couple real good ribeyes. I’ve had cheese curds too.

Were they squeaky? Because that’s how you know they’re good is when they are squeaky.

Yeah, they were a bit squeaky.

You're playing pretty well. This is your second U.S. Open. You feel like you are making a good performance?

I’ve been happy. I had a tough start to the year; I wasn’t playing very well. I played well a couple weeks ago to qualify. I started above here. It was a bit disappointing today, but it’s been positive you know. Positive. I had a good battle today, and I’m still under par for the tournament, so if I can go and have a good one tomorrow, then that would be a good week.

Sounds good. Thank you very much.