Amid the excitement of the low scoring records set at the U.S. Open at Erin Hills Golf Course, it should not go unnoticed that, although they didn't end up on the leaderboard, the two Wisconsin natives who played the whole weekend finished in a fair manner.

HARTFORD – The 117th U.S. Open at Erin Hills Golf Course was a historic one, with a record 31 players finishing under par, the lowest being champion Brooks Koepka, who shot a stunning 16 under.

Koepka's score for his first major championship title tied Rory McIlroy for the lowest score in relation to par for a U.S. Open.

Amid the excitement of the low scoring records, it should not go unnoticed that, although they didn't end up on the leaderboard, the two Wisconsin natives who played the whole weekend finished in a fair manner.

Madison's Steve Stricker finished 5 under par and did so with an exciting comeback in front of his adoring home crowd. 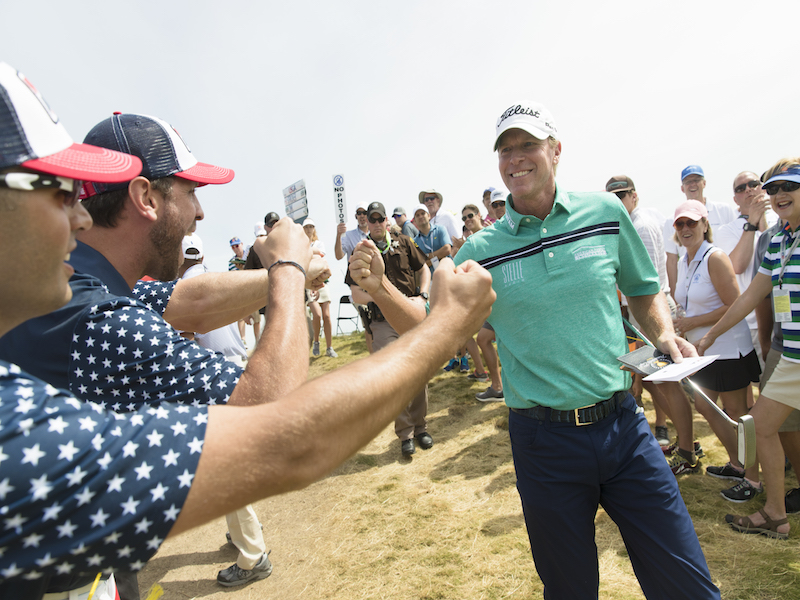 Steve Stricker high fives with fans as he walks to the 16th hole during the second round of the 2017 U.S. Open at Erin Hills in Erin, Wis. on Friday, June 16, 2017. (PHOTO: Copyright USGA/Darren Carroll)

After an average start in the first two rounds, Stricker barely made the cutline at 1 above par. However, after shooting 3 under par both Saturday and Sunday, he ended at 5 under.

Normally 5 under par would be good enough to win, or at least contend for, the U.S. Open title. However, when the leaderboard starts at 8 under par, such a score is not going to cut it, and Stricker said he knew that.

"At the start of the week, I was thinking 5 under would maybe win this thing, and I was pretty far off," Stricker said. "I don’t know if I have 14 under in my bag to play. These guys play a different game."

Nonetheless, after finishing his final round on Sunday, Stricker said he felt the love of the standing ovation from Wisconsinites in the crowd as he walked off the 18th green with his wife, Nicki, who was his caddy for the week.

"It was really cool," Stricker said. "I don’t get those very often. So it was pretty cool to get that, and to play well today (Sunday) on top of it was extra special. And I’m glad I made it here. I’m glad I qualified and was able to play. It was a pretty special week all around. We had a great time. My wife was on the bag. My kids were here. And it was a special week to be here." 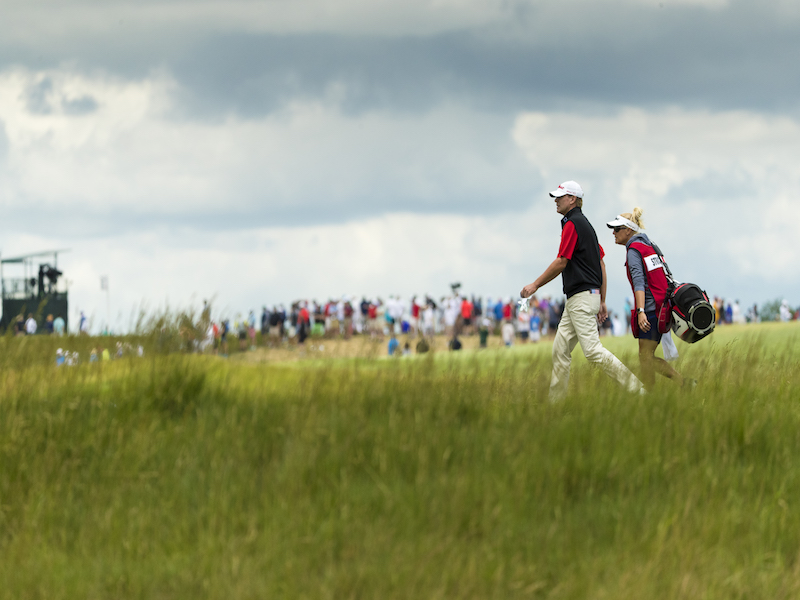 Steve Stricker walks down the first hole during the final round of the 2017 U.S. Open at Erin Hills in Erin, Wis. on Sunday, June 18, 2017. (PHOTO: Copyright USGA/Fred Vuich)

Then there was Mequon's own Jordan Niebrugge, from Homestead High School, who shot 1 over par for the week, tying for 35th with one of the few big names that made the cut, Jordan Spieth.

After finishing at the cutline on Friday, Niebrugge shot 1 over par on Saturday and then 1 under par on Sunday. 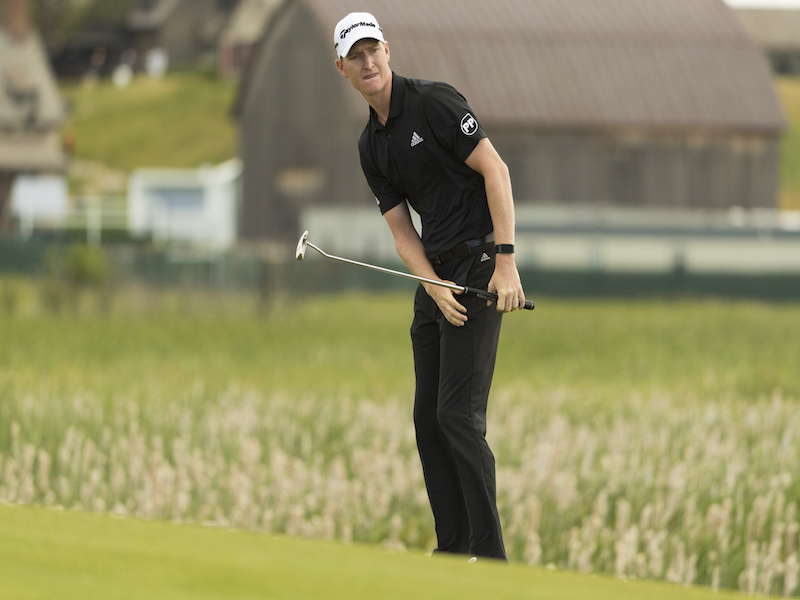 Jordan Niebrugge reacts to his putt on the first hole during the final round of the 2017 U.S. Open at Erin Hills in Erin, Wis. on Sunday, June 18, 2017. (PHOTO: Copyright USGA/Jeff Haynes)

Despite finishing nowhere near the leaderboard, Niebrugge said the excitement of the many home-state fans in the crowd made the experience enjoyable.

"It was pretty awesome, playing in front of all the fans and family and friends rooting for me on every step of the way," Niebrugge said. "It’s pretty cool. There were more and more people here each day and the crowds got louder, which I expected, and I loved playing in front of everybody. We just had a lot of fun out there."

Niebrugge had good things to say about Erin Hills, a first time host of such a major event.

"I think it’s awesome," Niebrugge said. "Obviously it’s different than a lot of the U.S. Open venues in the past, but it’s a great test of golf and they have some awesome fans here. I think it’s a fair course."

Although he admitted some changes to the course could be made, Stricker agreed that the U.S. Open should come back to Erin Hills.

"I hope it does," Stricker said. "I don’t know. The powers to be are a lot different-thinking than my thoughts. I would think they would want to change a few things if it comes back here, maybe narrow the fairways a little bit."

All-in-all, the 117th U.S. Open at Erin Hills proved to be memorable, historic and exciting.