Abby Walker loved wearing high heels, but did not dig the foot pain that went with it. So, she invented an insole that she says allows women to wear high heels four times longer than usual. Her company is called Vivian Lou Insolia.

After graduating from college, Abby Walker – who grew up in Mequon – accepted a job in the communications department at LaSalle Bank in Chicago. While there, she was dazzled by most of her female coworkers.

"I worked with women who had gorgeous hair, gorgeous bags, gorgeous clothes and gorgeous jewelry. To say I felt inept is an understatement," says Walker. "I struggled to find my niche in a world of confident, accomplished, beautiful women."

And then she purchased a pair of black and white polka-dotted heels.

Walker says the bold-yet-professional shoes set her apart from other women in the office and were the first step in what would become her signature style and identity.

"My love for heels blossomed, and I continued to push the edge as to what I could – or should – wear to work while pursuing a communications career," says Walker. "The more distinct the shoe, the greater my courage – at work and in my personal life."

However, Walker also experienced the downside of wearing heels: foot pain. She started to think about ways to alleviate achy feet and experimented with foot sprays designed to help with pain and reduce inflammation.

"At the time, I was working for a company that formulated and manufactured holistic supplements so I had become more aware of ingredients we put on and in our bodies. I thought these sprays were genius, but I was less than impressed with the ingredients. So ... I had a hair-brained idea to create a similar spray myself," says Walker.

Walker hired a clinical herbalist and naturopathic doctor to help her formulate a spray. Together they created a formula that was initially a success, but did not stay effective when made in large batches.

Determined to find a solution, Walker did market research about high heel pain and came across an insole that claimed to reduce foot pain from high heel wearing called Insolia. She contacted the CEO of the company, a male engineer from MIT, who was instantly interested in partnering with her. 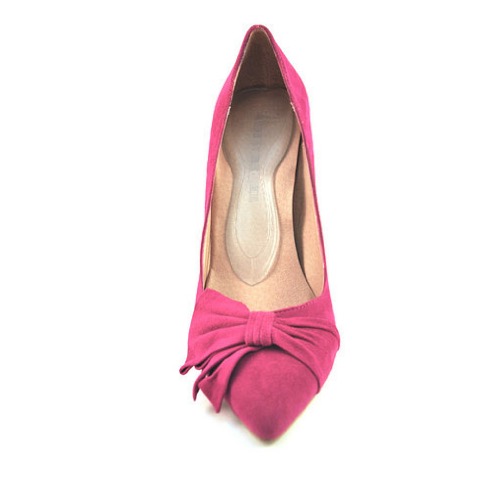 "The insole empowered me to wear high heels all day – and pick the kiddos up from daycare and run to the grocery store – without crying in pain," she says.

Walker became the exclusive distributor of Insolia insoles in the United States and Canada and was offered the opportunity to distribute the insoles under her own brand name.

Walker spent the summer of 2014 studying business, e-commerce and more. She also teamed up with a podiatrist and an engineer and created the product.

Walker named the company Vivian Lou – after her daughter, Vivian Louise, who was 3-years-old at the time. The weight-shifting insoles take pressure off the forefoot so, according to Walker, women can wear high heels four times longer without pain.

Vivian Lou soles are made in China and available online for $29 a pair. Walker donates two percent of every sale to Dress for Success in Minneapolis and Women's Bean Project in Denver.

"In a standard 3-inch heel, 75 percent of a woman’s body pressure is on her forefoot. That’s where we feel the burn, the pain, the pressure. Our insoles ever-so-slightly rotate the heel bone up and back to shift weight to the heel and stop feet from slipping forward in the shoe," says Walker. "There is literally nothing else like it on the market."